Are cats Carnivores or Omnivores?

Our cat's playtime often manifests behaviors related to hunting. They can chases a feathered lure or even strike at moving shadows, just as a cat in the wild would attack their prey. This behavior implies animal-based protein is part of their diet, but it doesn't tell us everything. When we are eating something which is not meat based, our cat may also express interest and may even take a bite. Doing so suggests they may be able to eat food which is not from animal meat. This may lead us to ask are cats carnivores or omnivores?

Although cats can eat non-meat foods, they are considered carnivores. AnimalWised explains why by looking at the nutritional needs of cats. In doing so, we show the importance of protein in a cat's diet and show why being vegan or vegetarian is not a good option for their health.

You may also be interested in: Are Dogs Carnivores or Omnivores? - Complete Answer
Contents

Are cats carnivores or omnivores?

We group animals into various categories for varying reasons. While some may be based on the type of animal species to which they belong, others are grouped according to their habitat and some are categorized by their diet. There are three main types of animal diet:

One of the reasons we have subcategories of the above types of animal diet is that there is much variation. For example, some herbivores do not eat meat mainly because it is not available. Food availability in an animal's habitat is an important factor in their diet. We may still consider them a herbivorous animal because they do not often eat meat.

Similarly, carnivores will eat a diet based mainly on other animals, but this does not mean they will never eat plant-based foods. Generally speaking, the difference between a carnivore and an omnivore is that a carnivore needs to eat a diet based mainly on animal protein or they won't thrive. Omnivores may eat meat, but do not necessarily need it to survive and can rely on plant-based foods when necessary.

It is for this reason cats are considered carnivores. Although they can eat food which is not from animal sources, they will not be able to survive when doing so. The vital nutrients they need for survival can only be provided by other animals.

What type of carnivore is a cat?

Both cats and dogs are carnivores, but they are not the same type. Dogs will generally prefer meat over plant-based foods, but they do not need as high a percentage of protein as cats. For this reason, cats are considered obligate carnivores. This means they need to eat a certain amount of animal protein in their diet in order to meet their nutritional needs.

In contrast, dogs are considered facultative carnivores. Also known as an adaptive omnivore, this means their diet should contain meat, but they are also capable of digesting and assimilating nutrients present in plant-based foods, such as carbohydrates.

Why are cats carnivores?

As with human nutrition, certain trends appear in commercial cat food products and even homemade diets for cats. Some may even claim they can create a vegetarian or vegan diet for cats. While they may be well intentioned, here is why a cat should have a diet based on animal protein:

Find out more about cat metabolism with our article on food rich in taurine for cats.

As strict carnivores, cats need animal protein to stay healthy. While some cats in the wild will feed almost exclusively on animals, we can see by the composition of commercial cat feed they do contain other ingredients. This does not mean a cat can be vegan, but we can take a closer look at the dietary requirements of cats.

The importance of palatability

Palatability the characteristics that food must have in order to be attractive and pleasant to eat. Cats have a highly developed olfactory ability, meaning their scent receptors are very important in what they eat. It is an important ability as it prevents them from eating rotten or poisonous food in the wild. For this reason, cats will often not eat food if they find the aroma unpalatable.

The texture of the food also affects its palatability and the rate of ingestion. Generally, wet food diets for cats are more palatable and easier to ingest, with dry feed being eaten more slowly and causing less excitement. Temperature also plays an important role in food selection as most cats prefer to consume food that is at a temperature of around 35 ºC/95 ºF. This is because warm food better resembles a fresh kill of prey.

To design a balanced diet suitable for the nutritional needs of cats, it is necessary to take into account the following factors:

Other recommendations for a cat's diet

Regarding the management of food, we must point out some important aspects. In general, cats are animals that regulate their food intake well. They usually limit themselves to eating the amount of food they need to satisfy their energy requirements. Compared to dogs, they are less voracious animals and better chewers, meaning they can be given food more freely. However, in sedentary animals or those with a tendency to feline obesity, it is advisable to restrict access to food, dividing the daily ration into two or three meals.

Cats must also have an unlimited supply of clean fresh water. This is especially important if we give them only dry feed since wet food at least provides some water. We can encourage them to drink by giving them a running water fountain and we need to be especially careful on hot days to avoid dehydration in the cat. 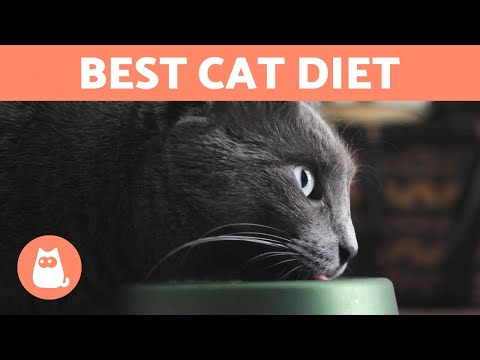 If you want to read similar articles to Are cats Carnivores or Omnivores?, we recommend you visit our Healthy diets category.

Bibliography
What Are Seed Predators? Granivorous Birds and their Diets
What Are the Best Treats for Dogs?
Do Cats Need Wet Food or Is Dry Cat Food Enough?
Are Probiotics for Cats Safe?
Related categories
Diets to gain weightHomemade dietsDiet problemsDiets to lose weightLactation
Most read
1.
Why Does My Dog Only Eat Once a Day?
2.
What is the Best Diet for a German Shepherd Puppy?
3.
Tortoise Food List - What They Can and Can't Eat
4.
How Much Food Should I Feed My Cat?
5.
How to Cook Chicken for Cats
6.
How Much Food Should You Give Your Dog?
7.
What to Feed a 1 Month Old Kitten - Bottle Feeding and Amount
8.
My Dog is Too Skinny But Still Eats a Lot
Can Cats Eat Yogurt? - Benefits and Contraindications
What Foxes Eat - Diet of Foxes by Species
Wood Eating Bugs - Insects That Eat Wood
Can Cats Eat Lentils?
The Best Food for Pugs - Portion Sizes for Puppy and Adult Dogs
What Do Cats Eat? - Guide to Cat Nutrition
What Do Opossums Eat? - Baby and Adult
How Much Food Should I Feed My Cat?

Are cats Carnivores or Omnivores? 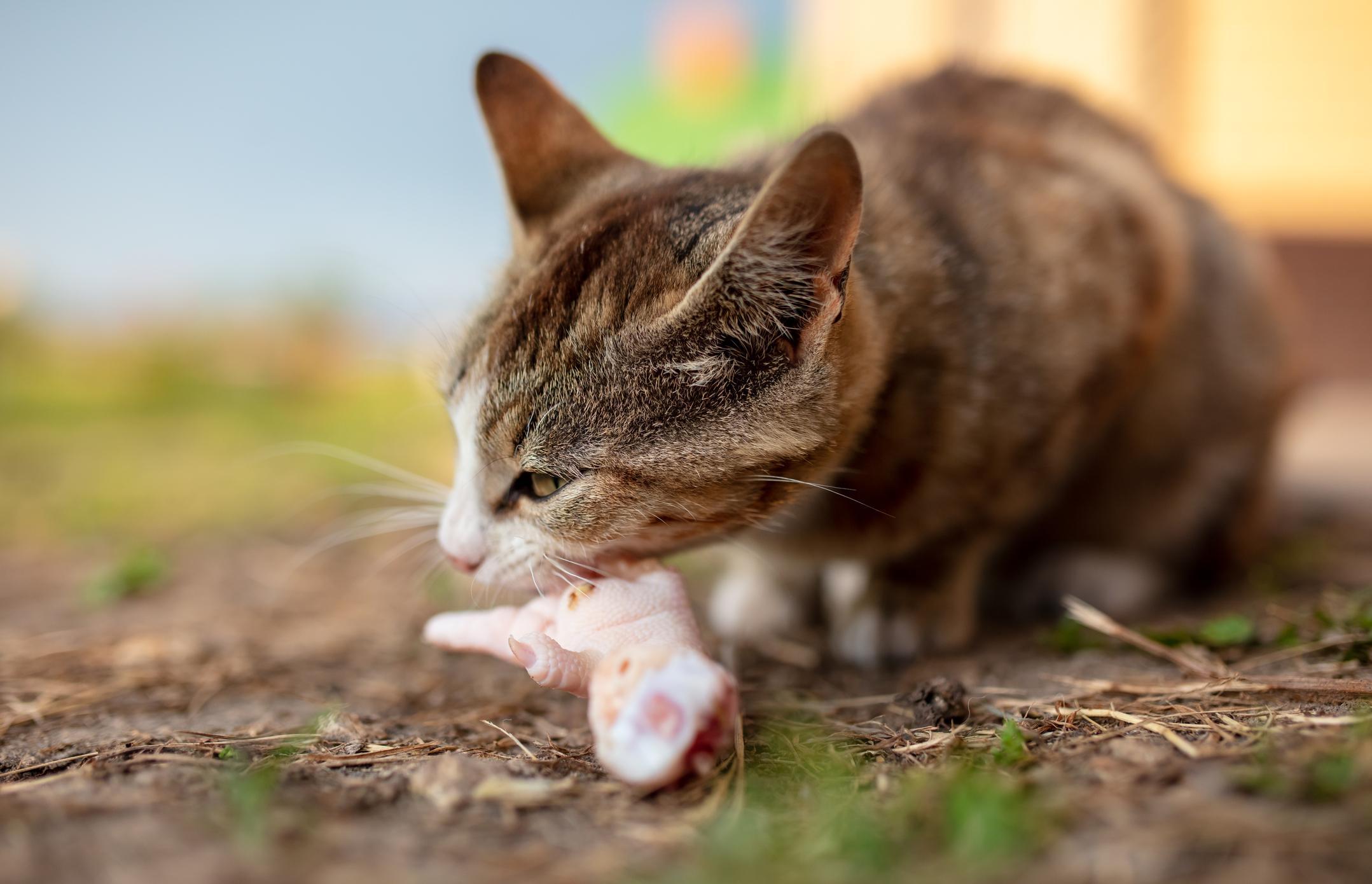 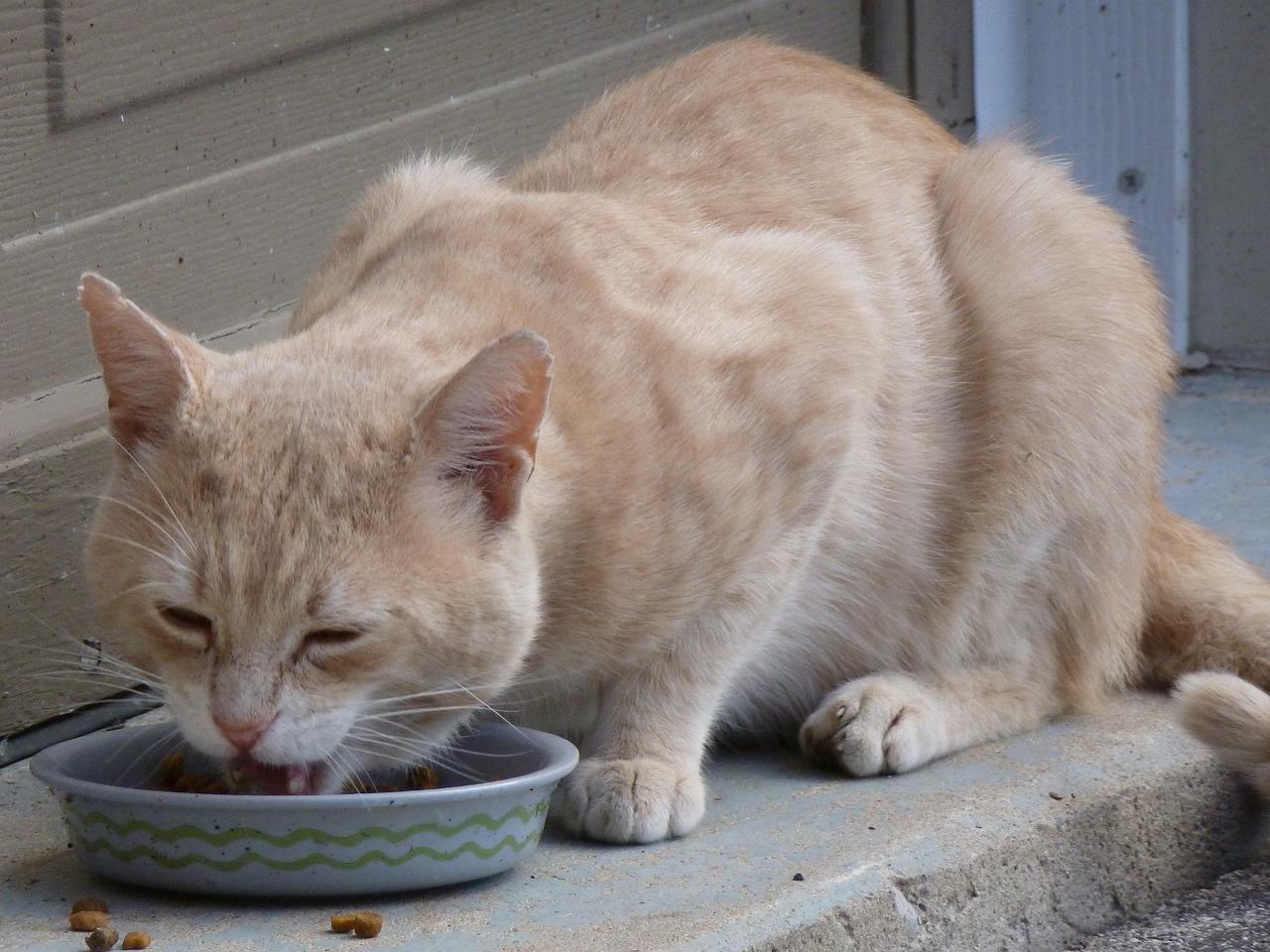 1 of 2
Are cats Carnivores or Omnivores?
Back to top