What are Ungulate Animals? - Definition, Characteristics and Examples 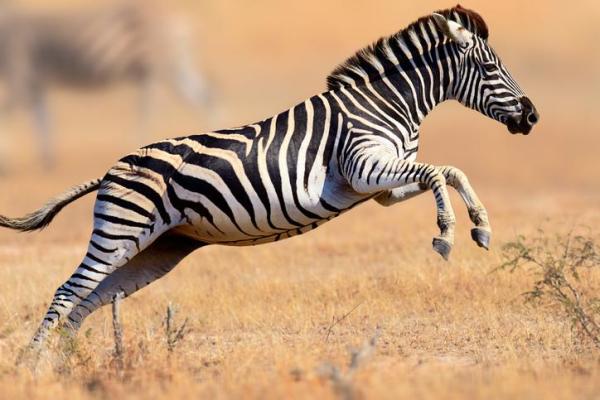 In recent years, the definition of ‘ungulate’ has been up for debate. The debate centers around which animals should be categorized under this term as it is a word applicable to a diverse range of mammals. A common ancestor is believed to link the animals together, but some zoologists and taxonomists disagree over whether certain animals should be placed in separate categories.

The term ‘ungulate’ derives from the Latin ungula which means ‘hoof’ or ‘toe nail’[1]. This is a descriptor of many of the animals within this category which walk on hoofed for legs. However, this description would not include cetaceans such as whales, dolphins and porpoises. None of the marine animals in this group have legs, let alone hooves. So, what are ungulate animals? AnimalWised looks into the categorization of this diverse group of animals and provides examples to give you a better idea of what you ca expect.

What are ungulate animals?

Ungulates are a superorder of animals which contain various members, depending on how you categorize them. All of them are mammals, but the debate about which animals to include continues. However, as a physical descriptor, it can generally be used to describe terrestrial animals with hoofed legs. When walking, they put their weight on the tip of their hooves, but can lay them flat when standing.

Formerly, the ungulate term was only applied to the following two orders:

Over time, five further family species orders were included, some of which didn't even have legs. The reason for the addition of these suborders is phylogenetic, i.e. the ‘tree’ diagram to describe the evolutionary progression of animals. However, taxonomists consider the relationship between some of the animals within this superorder to be so diverse as to require belonging to separate species.

The term ungulate is important when looking at specific taxonomic groups. Despite this, the term is most commonly used to describe ‘placental mammals with hooves’ in its most general description. This would marine animals such as whales.

Since the term ‘ungulate’ refers to the hoof of the animal, it makes sense that we might refer specifically to hoofed animals. By doing this, we can look at some of the shared characteristics of these animals. Their hooves are a form of modified nail. As such, they are composed of the unguis (the hard outer material of a nail or claw) and the subunguis (the softer tissues within the nail).

Ungulates do not touch the ground directly with their toes, but with this modified nail which surrounds the foot. While you might not think of animals with hooves of having fingers or toes, the bones which support the hooves are just that. The hoof surrounds the bone and he soft tissue which covers it. Some animals have a pad behind the hooves which touch the ground in some animals such as horses and tapirs. Horses are thought to have only one toe (making them odd-toed ungulates). Recent research has shown that it is likely they once had five toes, with a proposal in the Royal Society Open Science journal that all five digits are still present in one form or another[2].

The appearance of hooves was an evolutionary milestone for these animals. The hardened hooves support the entire weight of the animal with with the bones of the finger (known as ‘phalanxes’) forming part of the leg. These bones have lengthened over time to mean their vital organs are further from the ground. Longer limbs also means they can better escape predators due to longer and faster strides.

Another important feature of most ungulate animals is that they are herbivorous. This means they only eat plant based food in the form of vegetation. The only real exceptions are suids such as pigs and boars. These animals are omnivorous, although they will mostly forage for non-animal products. Within the ungulate family we find ruminant animals. Their digestive system is acutely adapted to the consumption of plants. Due to the fact they are both herbivores and prey animals, they can be vulnerable. One adaptation these animals have made is the fact their young can stand very soon after they ar born. Not long after this, they can run which allows them to escape opportunistic predators.

Many of the animals which make up ungulate animals have horns or antlers. They are used for defense and also in challenges for mating rights. Males will often carry out rituals to show superiority and impress a female.

At the same time, the importance of noting that phylogenically some marine mammals are ungulates shouldn't be ignored. This shows us part of the fascinating elements of evolution which have resulted in such diverse creatures coming from common ancestors. For we human beings, it proves how linked we are with the rest of nature, even if billions of years have caused such incredible diversification.

As we have said, the order of ungulate animals is very broad and diverse. This diversification only intensifies when we include technical ungulates such as cetaceans. Here we focus on the above definition of placental four legged hoofed animals. Here we find several groupings:

Since the hoof was defined as the main characteristic of ungulates, evolutionary studies have focused on finding the common ancestor of ungulates which first possessed this characteristic. These primitive ungulates did not have as specialized a diet as current examples. Rather, they were rather omnivorous, some of which were known to be insectivorous animals.

Fossil studies and research on the anatomical characteristics of ungulates were used to try to find a common ancestor. The five orders of current ungulates were compared to various extinct species, leading scientists to believe that the order of the Condylarthra from the Paleocene (65 - 54.8 million years ago) period held this common ancestor. This group of animals also gave rise to other orders such as cetaceans, even if they seem physically so divergent.

Ungulate animals in danger of extinction

According to the red list of IUCN (International Union for the Conservation of Nature), there are many species of ungulate animals that are currently in decline. They include:

The main threat to the conservation of these animals is human beings. They have dwindled population numbers via habitat destruction, whether for agriculture, lumber or for the creation of industrial areas. Uncontrolled hunting has also been a cause of population decline in these animals. For animals such as the rhinoceros, there is a terrible trade in their horns which are used for various products. Humans have also lead to the introduction of invasive species which makes it problematic for the enture ecosystem.

Humans have also prioritized certain species of ungulates over others. These may have been for hunting or meat production. When these animals lack natural predators, there is an increased fragmentation of the ecosystem and an imbalance in biodiversity.

On the other hand, the population of some vulnerable ungulate species has increased thanks to international conservation efforts, pressure from individual governments and general awareness. This, recently, has been the case for black rhinoceros, white rhinoceros, Indian rhinoceros, Przewalski's horse, the guanaco and the gazelle. These conservation efforts need to be maintained to ensure survival, but they need to be done in careful interaction with other elements of their ecosystems.

If you want to read similar articles to What are Ungulate Animals? - Definition, Characteristics and Examples, we recommend you visit our Facts about the animal kingdom category.

What are Ungulate Animals? - Definition, Characteristics and Examples 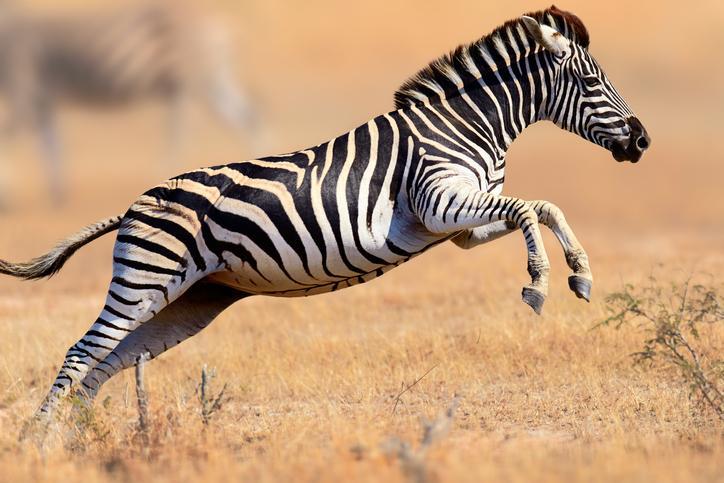 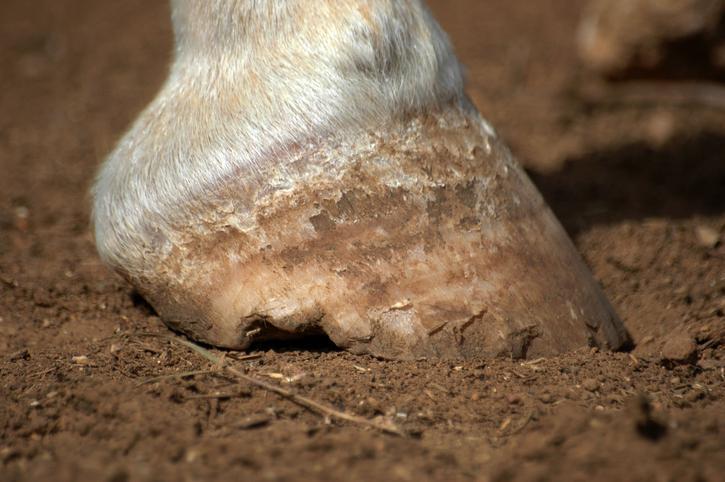 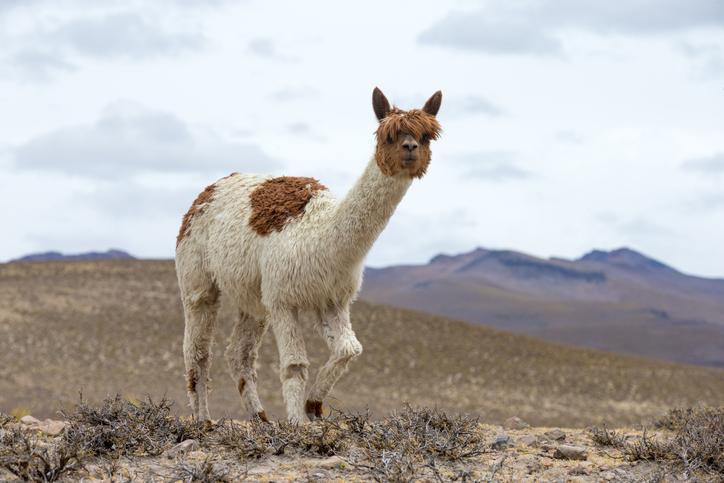 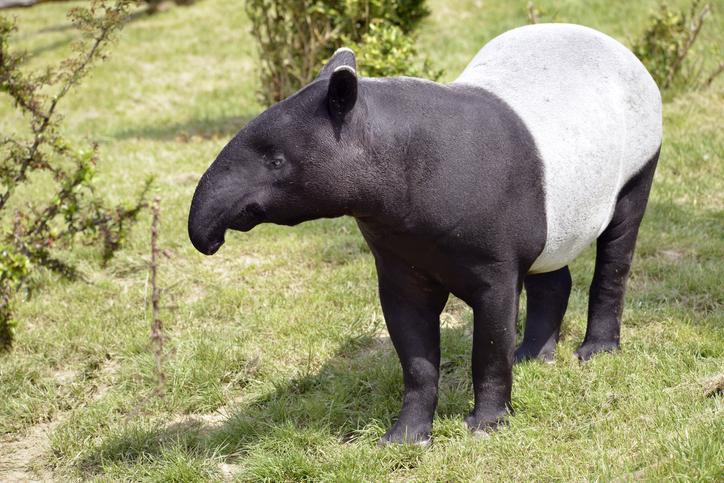 1 of 4
What are Ungulate Animals? - Definition, Characteristics and Examples
Back to top