At What Age Do Cats Calm Down?

Although cats are known for their professional napping abilities, they can move like lightning when they want to. Some cats find it more difficult than others to remain still when awake. When we add high energy levels to a curious disposition, they can become a little troublesome in the home. Not only can they knock over objects and cause general disruption, we can worry about their well-being. Generally kittens run around much more since they have youthful energy. Usually, they start to calm down when they are an adult. At AnimalWised, we ask at what age do cats calm down? We also ask whether a cat will calm down at all.

You may also be interested in: At What Age do Dogs Stop Growing?
Contents

Cats have a fairly brisk physical development, although not all will develop at the same rate. There are various factors which determine the duration of this period, but there are general stages of a kitten's development. Hormonal and morphological start occurring as soon as they are born and can be broken down into the following stages of kitten development:

After experiencing their adolescence, your kitten will conclude their physical development around the first year of life, adopting the typical features of adulthood. However, their character and personality will continue to form, as we will see below

At what age do cats calm down?

Although every cat will go through the same basic developmental stages, there is no pre-established time for a cat's development to end. Since each kitten is an individual with their own experiences, their maturation process can vary significantly. Genetic factors play and important role, but so to do their experiences, stimuli in their environment and other indeterminable factors.

Generally, we can say that large cat breeds will take longer to fully develop physically than smaller cats. Smaller cats can reach their full adult size by 12 months of age. Some large cats such as the Maine Coon and Norwegian Forest Cat can take over 3 years to reach full physical development. However, all cats will be said to be adult after 1 year since they will have reached sexual maturity and their

Character is not the same as physical development. Cats are not born with predetermined behavior. Although a cat may become an adult at a year of age physically, their personality will take longer to stabilize. Although aspects of their personality can germinate from birth, it won't be until about three years of age that their character stabilizes. This can vary, but after this time the cat will likely calm down and settle into adulthood.

Since a cat's hormone production changes when they reach adult life, many assume all will naturally calm down their behavior. However, this is not a given. There are some cats which are naturally more active than others. Their activity levels can change depending on the circumstances and may be different around other cats as compared to humans.

While some cats are naturally hyperactive, there are reasons why they are not as calm as others. For example, a hormone imbalance can mean they have consistently high energy levels, usually coupled with a high metabolism. However, environmental and physiological factors can also influence their behavior. If the cat lives in a stressful environment they can become hyperactive as a response to feelings of insecurity.

Our care can also influence whether or not the cat is calm as an adult. If we fail to stimulate them physically and mentally, they can become bored. This boredom can lead to acting erratically. When we combine a natural predisposition toward hyperactivity with a lack of stimulation, it can mean the cat struggles to calm down at all. In these cases, we need to find ways to help them relax and remain calm. 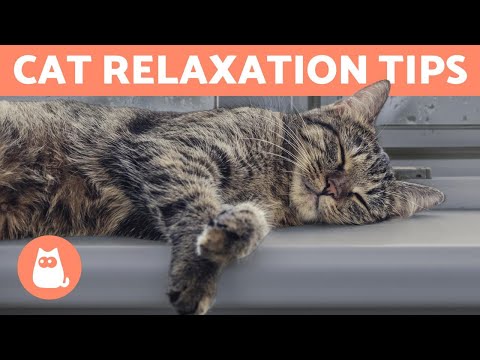 Does neutering a cat calm them down?

Another factor which can influence whether a cat is calm is their sexual drive. Hormones produced by the sexual organs affect their behavior. For cats in the wild, this is important to connect male and female cats for mating. However, since domestication, cats are cared for by humans. They do not need to meet mates in the same way.

Neutering cats prevents them from procreating, but there are other reasons why it is important. Removing the testicles of male cats (castration) and the ovaries of female cats (spaying), lessens the production of certain hormones. Especially for males, it causes much lower testosterone levels. Testosterone can severely affect behavior, often making them hyperactive and, potentially, aggressive in high amounts.

However, neutering a cat is not a guarantee they will calm down. The cat's personality and character will be determined by various factors, not just their hormone levels. While neutering will influence the production of certain hormones, it won't change other factors. As mentioned above, environmental factors or a lack of care can also influence their behavior.

Another issue is related to when the cat is neutered. If a cat has already reached sexual maturity and developed a personality, neutering won't necessarily change them. It can tone them down, but it doesn't mean they will stop being active.

This leads us to the question, at what age should you neuter a cat? It is recommended that the procedure be carried out during the prepubertal period in female cats. It is best performed after having her first heat during the anestrus period. To learn more about this topic, take a look at our article on everything you need to know about a cat in heat.

In male cats, they are usually sexually mature between 8 and 12 months of age. Unlike females, who experience a period of fertility and receptivity, male cats can mate and reproduce throughout the year, at any time, until they reach their 7th or 8th year of life (approximately).

If we talk about the best time to neuter a male cat, the current veterinary recommendation is to perform this procedure around their 4th or 5th month of life. But the specific age of each kitten can vary depending on their state of health and living with non-sterilized females at home.

Do cats calm down in old age?

When a cat becomes elderly, they will go through various changes. We have already mentioned they will lose their sexual drive, but this isn't the only adjustment.

Cats are considered elderly from the age of 7 onwards, although this doesn't mean they will necessarily act older at this point. It is common for active cats to remain active into their old age. However, their body will start to deteriorate. Their muscles, joints and bones will not be as strong as they once were. They may become tired easier and are more susceptible to health problems.

For these reasons, a cat may become calmer when they become senior. They will need to sleep more due to increased tiredness and their bodies will not be able to carry them as before. It is possible a hyperactive cat will also wear their body out sooner, although this can be counterbalanced by increased exercise.

Eventually, IF a cat becomes elderly enough, they will slow to the point they remain inactive for most of the day. Even a healthy younger cat will sleep 15-16 hours out of the day, but senior cats will do it even more so.

If you want to read similar articles to At What Age Do Cats Calm Down?, we recommend you visit our What you need to know category.

At What Age Does a Yorkshire Terrier Stop Growing?
What is the Right Age to Adopt a Puppy?
Do Cats Feel the Cold?
What to Do If You Find a Stray Cat
Related categories
The most...ComparisonsIdeal forThe least...Names
Most read
1.
Best Names for American Bully Dogs
2.
What is the Difference Between a Donkey, a Mule and an Ass?
3.
Tamil Names for Dogs - With Meanings
4.
Can You Have an Otter as a Pet?
5.
100 Popular Bird Names
6.
How long does a Cat Take to Adjust to a New Home?
7.
The 5 Most Wrinkly Dog Breeds
8.
17 Best Spotted Dog Breeds
What Do Dogs Need To Be Happy And Healthy?
What is a Lykoi or Werewolf Cat?
Why Do Rabbits Thump on Their Feet?
Benefits of Having a Cat for Children
Understanding Cat Behavior - A Complete Guide
Before Adopting a Cat: How to Welcome a Kitten
What Are The Best Pets For Apartment Living?
Choosing a Cat Scratching Post

At What Age Do Cats Calm Down? 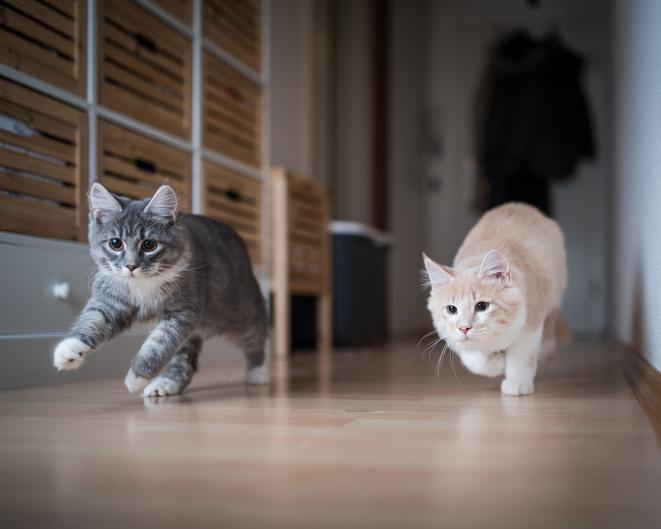 At What Age Do Cats Calm Down?
Back to top