Blueberries For Dogs and Cats

Blueberries are fruits born through vines or perennial dwarf shrubs belonging to the genus Vaccinium. These plants are grown in the colder regions of both hemispheres. Historically, blueberries have been used as a natural remedy for urinary infections and also for the preparation of jams, juices and delicious sweet dishes.

Blueberries are commonly used today as a natural supplement thanks to to its beneficial health properties. We can find these berries as an ingredient in extracts, juices and blueberry capsules. If this berry is beneficial for humans, one could ask what benefits it has for our animals. In this article of AnimalWised we will be able to tell you the benefits and the recommended doses of blueberries for dogs and cats.

You may also be interested in: Blood in Cat Urine Home Remedies
Contents

Before listing the benefits of blueberries for dogs and cats, it is important that you know the nutritional composition of this fruit to better understand its effects on the body. According to the database of the USDA (Department of the United States), 100 grams of blueberries contains the following nutrients:

The beneficial properties of blueberries are not just a matter of popular belief. Scientific research has proven the extremely positive impact that continued consumption of blueberries can offer our bodies, as well as those of our dogs and cats. Here are some of the main benefits of blueberries in cats and dogs:

Formerly, blueberry juice was used to treat and cure urinary tract infections. It was believed that this fruit would be able to acidify the urine, thus eliminating the pathogens. Although there is still no scientific agreement on the ability to acidify urine, blueberries are known to have anti-adherent properties, which prevent the adhesion of bacteria and other microorganisms that surface in the urinary system. This effect allows the prevention of urinary tract infections, cystitis and the formation of stones in cats and dogs.

An experiment carried out by researchers from the Veterinary Hospital of the University of California, demonstrated the non-stick properties of blueberry extract. The professionals administered daily extract in dogs with a clinical history of recurrent urinary tract infections.

After 2 months of analysis and collection of samples, a significant reduction in the adhesion of E. coli bacteria was observed in the cells after comparing cultures of urine samples obtained before the administration of the extract, 30 and 60 days later. The results indicate that the consumption of blueberry extract can be very beneficial to prevent urinary tract infections in dogs. [1]

Arteriosclerosis, which is one of the main causes of cardiovascular diseases and strokes, begins with the oxidation of LDL cholesterol molecules (the so-called "bad cholesterol"), which leads to an accumulation of insoluble lipid plaques inside the body arteries, interference of blood circulation and the damage ofoxygenation of the body.

As indicated in the article "Cranberry Flavonoids, Atherosclerosis and Cardiovascular Health", several experiments in vivo and in vitro proved that the flavonoids and phenolic acids presented in blueberries and in other wild berries have antioxidant action, giving them the ability to inhibit oxidation of LDL cholesterol and aid in preventing the adhesion of "bad cholesterol" plaques in the arteries.

As a result, regular consumption of blueberries, either in food (organic berryjuice) or through supplements, can prevent arteriosclerosis and reduce the risk of heart disease, myocardial infarction, cardiovascular accidents (CVA) and stroke. [2]

The fibers contributed by the blueberries stimulate intestinal transit and favor digestion. Therefore, berry juice is one of the best home remedies for constipation. In addition, some more recent studies show the presence of bilberry’s, which are rich in natural prebiotics.

Prebiotics are non-digestible plant substances that serve as food for the beneficial bacteria of the intestinal flora of dogs, cats and humans. Therefore, blueberries would not only help improve digestion, but also strengthen the immune system.

Berries are rich in a set of phytochemicals with antioxidant action that help prevent cell damage. Despite being known for their "anti-aging" function, polyphenols also help in the fixation of calcium, preventing the loss of bone mass, which is common in older dogs and cats.

In addition, according to a recent study carried out by the University of Maine, flavonoids presented in blueberries and other berries help prevent the risk factors associated with metabolic syndrome, such as obesity, hyperglycemia, hypertension, inflammation , insulin resistance, etc. This effect is be an important ally in the control of blood glucose and the prevention of diabetes in cats, in addition to reducing the risk of cardiovascular diseases. [3]

Recent research carried out by the University of California show the in vitro efficacy of extracts of blueberries, black and red berries, strawberries and cauliflowers in inhibiting the growth of cancer cells in the human body. In addition, the researchers assume that the polyphenols in these berries could also protect the DNA from oxidative stress, preventing the abnormal growth of the cells that give rise to the tumors. [4]

Indications and uses of blueberries in dogs and cats

Side effects of blueberries in dogs and cats

Because of its fiber content, blueberries stimulate intestinal transit and can cause diarrhea or an upset stomach when ingested in excess. In addition, since they contain oxalic acid, their excessive consumption can also favor the development of calcium oxalate stones in kidneys or bladder. On the other hand, the anticoagulant properties of the fruit, if not used properly, can cause bleeding.

Although it is not proven, it is estimated that, when helping to fix calcium problems, excessive consumption of blueberries can interfere with the assimilation of iron. In addition, infusions of blueberry leaves can also cause hydroquinone poisoning and are therefore not recommended for dogs and cats.

Blueberry dosage for dogs and cats

Regular consumption of blueberries is normally beneficial for our pets, provided we respect safe doses. However, there is no single defined dose for dogs and cats. The dose should be adequate to the weight and health status of each animal.

Therefore, it is essential that you consult your veterinarian before offering your animal juice, extract or capsules that contain blueberry. A trained professional can guide you on the amount needed and the best form of administration to obtain a positive impact on the health of your animal.

If you want to read similar articles to Blueberries For Dogs and Cats, we recommend you visit our Home Remedies category.

References
Home Remedies to Prevent Urinary Infections in Dogs
Natural Mosquito Repellent For Dogs
Home Treatment for Scabies in Cats
Home Remedies for Fleas in Cats
Related categories
Parasitic diseasesEye problemsReproductive system diseases Neurological diseasesMedicineIntestinal problems
Most read
1.
What to Do if My Dog has Something Stuck in his Throat?
2.
My Dog Is Bleeding from His Penis
3.
My Dog Keeps Licking Her Private Area - All Possible Reasons
4.
My Dog Has Pus Coming From His Penis
5.
Why Does My Cat Push Out His Penis and Lick It?
6.
My Cat Has Liquid Coming From Their Anus
7.
My Dog's Poop Starts Solid Then Goes Soft
8.
My Dog Keeps Making a Gulping Sound
Home Remedies For Dehydrated Cats
Chamomile For Dogs
CBD Oil for Animals - Wellbeing for Four-Legged Family
Home Remedies for Dandruff in Cats
Home Remedies for Seborrhea in Dogs
Home Remedies for Stomach Pain in Dogs
What Are the Side Effects of Cannabis Oil for Dogs?
How to Remove Ticks from Cats

Blueberries For Dogs and Cats 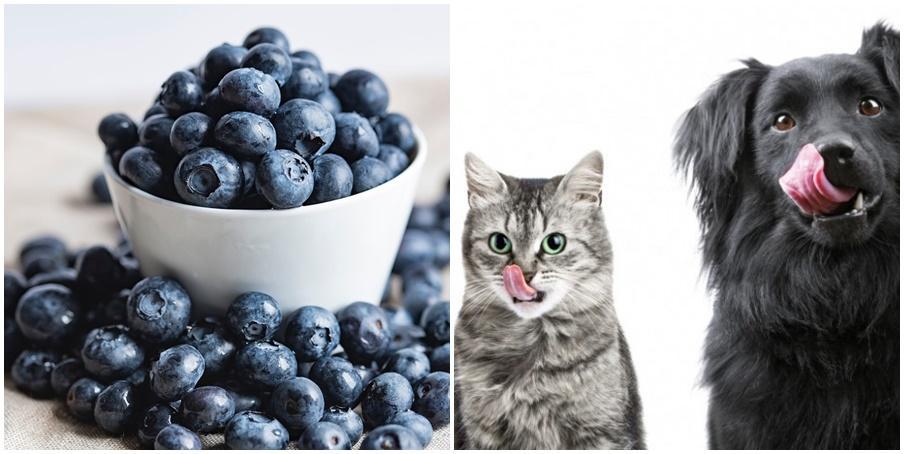 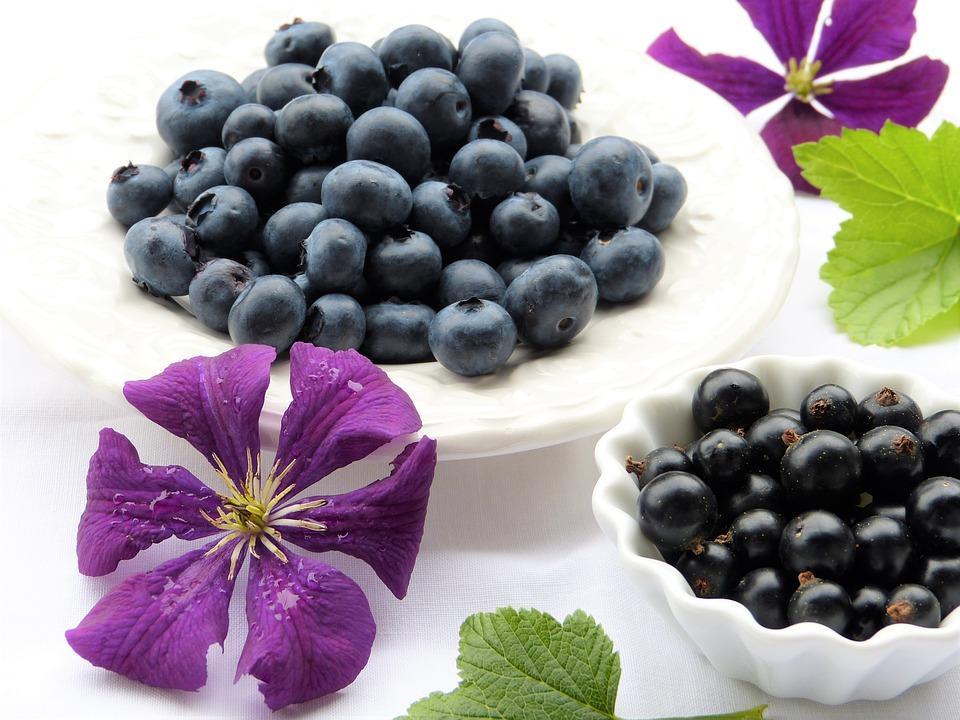 1 of 4
Blueberries For Dogs and Cats
Back to top