Can Dogs Have Eggplant?

Also known as an aubergine in some parts of the world and a brinjal in others, the eggplant is versatile vegetable which has many benefits to humans. It can be used to make curries, dips, roasts and all many of dishes, although it is not as appetizing when eaten raw. Despite being better cooked, the aubergine maintains much of its nutrition and is rich in various vitamins, minerals and other good stuff for our bodies. As good as they are for humans, can dogs have eggplant?

The answer is yes, but with certain equivocations. At AnimalWised, we explain the possible benefits of eggplant for dogs, how to prepare it and how to give it to a dog to eat.

You may also be interested in: Can Guinea Pigs Eat Bread?
Contents

Is eggplant good for dogs?

We humans should cook eggplants when we at them. This is partly because without cooking, aubergine has a slightly bitter and unpleasant taste. Cooking also benefits us because eggplant contains the toxic compound solanine. This compound is equally bad for a dog's wellbeing, but we should not be overly concerned. The flesh of the eggplant fruit contains very little solanine. The leaves and stem contains more, so we should never give these to our dog.

The main concern with a dog eating eggplant is their nutritional needs. Dogs are facultative carnivores, so they can follow an omnivorous diet as long as animal protein is the majority constituent of their diet. Dogs can be fed vegetables with their meat, but they cannot survive on the former alone. We explain more about canine nutrition in our guide to what a dog should eat.

Although we know dogs can eat eggplant, it is important to remember they probably won't want to. This is because eggplant isn't particularly appetizing to most dogs, although there are always exceptions. If it is an ingredient mixed in with food the dog does like, they will eat eggplant no problem. However, if you were to leave a whole aubergine in a room with a dog, they will more like use it as a toy than eat it for lunch.

Benefits of eggplant for dogs

Eggplant is a vegetable very rich in minerals such as iron, magnesium, phosphorus and calcium. It is also a source of flavonoids, which are pigments that protect cells against harmful and external agents, it contains a large amount of water and few calories. This means it can satiate your dog, help to keep them hydrated and prevent constipation due to its content in fiber.

Aubergine is also a source of vitamins such as folic acid which essential for the formation of new cells. Eggplant also contains B complex vitamins, such as vitamin B1 or vitamin B2. It has potential excellent antioxidant qualities and can help strengthen the immune system due to its vitamin C content. Likewise, it protects eye and skin health due to its vitamin A content.

Due to its chlorogenic acid content, it is a vegetable that stimulates liver activity which can improve cholesterol levels. As it has a high iron content, it helps prevent iron deficiency anemia in dogs, while its calcium content helps prevent osteoporosis. It also helps protect brain cell membranes and prevents atherosclerosis.

Learn more about the right diet for dogs with anemia.

How much eggplant can I give to my dog?

Before offering your dog eggplant, you should know how much they can eat. You must cut the aubergine into appropriate sizes according to your dog's mouth size. This avoids choking or swallowing difficulties. Ideally, use up to half an eggplant for large dogs and around a sixth of an eggplant for small dogs. It is also important to take into account the amount of each ingredient that is going to be included in the animal's diet, since vegetables should not exceed 10-15% of the total daily ration.

Find out more about vegetables a dog can consume with our article on whether dogs can eat spinach.

How to give eggplant to my dog

Dogs should not eat raw eggplant. This is due to the presence of solanine compounds found in aubergine. If they are given enough of it, dogs can develop an intoxication due to inhibition of the cholinesterase enzyme. This intoxication can result in the dog's organ function being lowered and cause serious distress to the dog. However, the amount of eggplant a dog would have to eat to cause serious harm is considerable. Potentially thousands of the vegetable in one sitting. For this reason, if you see a dog eating small amount of raw eggplant, they will likely be fine.

When you prepare the eggplant you can remove the skin as it is a little bitter for dogs. However, the eggplant skin an antioxidant called nasunin which can help the dog as they age. As stated above, we need to ensure the dog does not eat any aubergine stems or leaves due to their higher concentration of solanine.

Although a dog should eat eggplant cooked, they should not eat it with other ingredients that are harmful to dogs. We should not salt the food nor add lots of oil or butter. The eggplant is best prepared by boiling lightly, but not too much as it will leach much of its nutritional benefit. We can mix it into our dog's regular food or even prepare it as part of a homemade diet for dogs.

Although it is not so common, there is a possibility your dog has an allergy to eggplant. You should stay next to your dog when you offer them this food for the first time and observe for signs such as swelling of the mouth, vomiting or itching. We discuss this in our guide to food allergies in dogs.

Side effects of eggplant for dogs

Properly cooked aubergine does not usually produce undesirable side effects in our dogs. The nasunin in its skin can interfere with the absorption of iron from food, but this is practically negligible in small amounts. Due to the oxalate content of this vegetable, it can increase the risk of calcium oxalate stone formation which can affect the urinary system of dogs.

Contraindications of eggplant for dogs

As we have mentioned, the habitual consumption of eggplant by your dog can affect iron absorption and they can be more prone to oxalate stones. These stones are produced when there is an oversaturation of oxalate or calcium in the urine, requiring surgery to remove them. These stones can give rise to symptoms such as painful urination, blood in the urine or difficulty urinating or crystals in their urine, all worsening the urinary health of our dogs.

Certain breeds are more prone to urinary crystals in dogs:

The average age of appearance of these stones is 5-12 years. For this reason, if your dog has hypercalcemia, kidney problems or urinary stones, do not offer this vegetable as a precaution.

We remind you again the raw consumption of eggplant is contraindicated due to the amount of solanines they contain. This predisposes them to inflammation and even to the development or worsening of arthritis in sensitive dogs or who suffer from it. 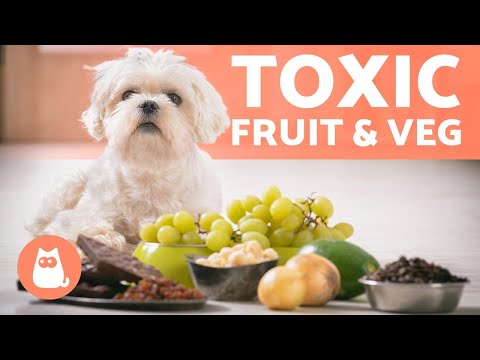 If you want to read similar articles to Can Dogs Have Eggplant?, we recommend you visit our Homemade diets category.

Can Dogs Have Eggplant? 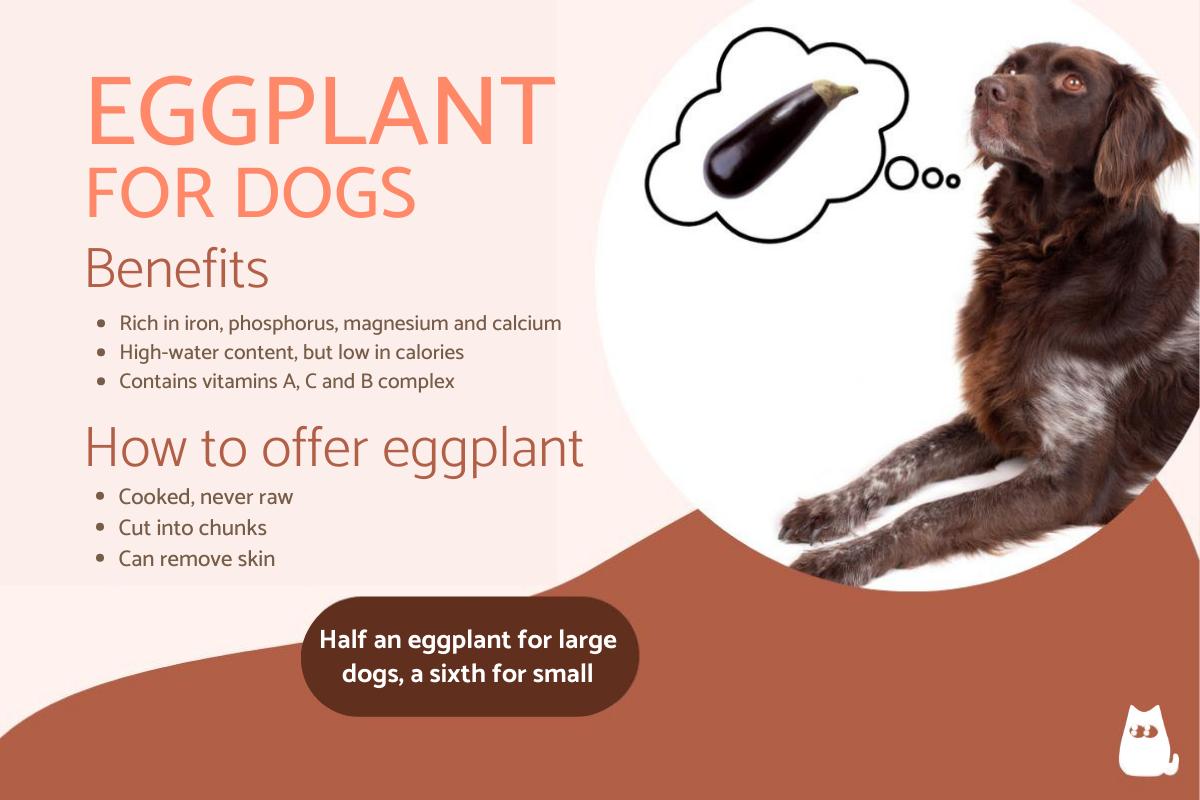 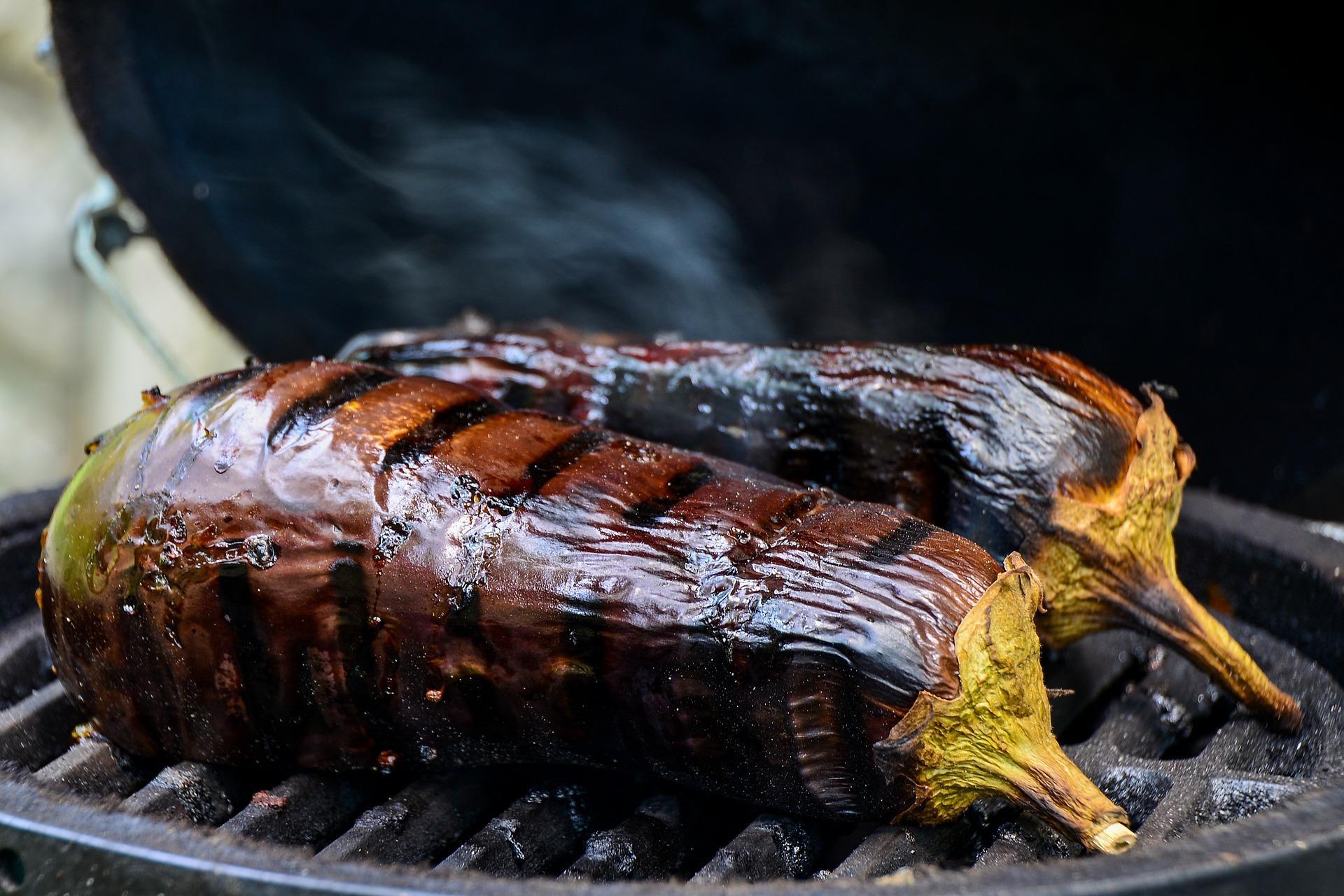 1 of 2
Can Dogs Have Eggplant?
Back to top