Can You Have an Armadillo as a Pet?

Armadillos, are animals that belong to the Cingulata order, with only the Chlamyphoridae and Dasypodidae families still extant. Their distinctive characteristic is an armored shell formed of bony plates, which is useful for fending off their natural predators and other dangers. This shell might make some believe they are lizards, but they are actually mammals.

Armadillos can be found throughout across the Americas, with evidence of them existing more than 2 million years ago. Therefore, armadillos are primitive animals. They shared the earth with giant armadillos or Glyptodons, which measured almost 3 meters - 9' 10'' - long. Sadly, those went extinct in the last ice age. Being so ancient and with their strange appearance, armadillos are especially fascinating animals. But can you have an armadillo as a pet? AnimalWised reveals all.

You may also be interested in: Can You Have an Otter as a Pet?
Contents

Is it legal to have a pet armadillo?

Having a pet armadillo is illegal in most places. However, to know the exact situation where you live, you will need to look into your local laws regarding keeping ‘exotic’ animals. There should be a list of animals which can and cannot be kept as pets, although these can get complicated and sometimes some animals are grouped together, despite being part of a different species.

In rare occasions, it may be possible to be given a special permit to house an armadillo. However, this permit will be dependent on many different factors, including the ability to house and care for the mammal properly. There will need to be proof of these resources before such a permit can be issued.

Even if you did have the resources to look after an armadillo, there still may be problems. Even if it is legal to own an armadillo, it may not be legal to sell one, nor to take one across state lines. While Armadillos in the United States of American have grown in wild populations over the years, it doesn't mean you can simply take them from the wild.

There are many reasons that armadillos are illegal pets, not always for the safety of the armadillo. Some areas see armadillos as being an invasive species, often not having many natural predators. Certain states and regions will ban the trade and keeping of armadillos due to the risk they place on the local ecosystem.

Armadillos also pose other threats to local communities. Despite being the state small mammal of Texas, they are illegal as pets there because they are one of the few animals which can transmit Hansen's disease, also known as leprosy. One of the few ways to keep an armadillo as a pet is to be someone who holds an Animal Breeding License, but obtaining one is difficult. Most are professional animal breeders with significant resources.

Finally, the armadillo is a wild animal. While they can be cute, are absolutely fascinating from a wildlife perspective and may seem like a good companion, they are not domestic animals. They are not well-suited to living with humans and will not be train as we can cats and dogs. For the benefit of both the individual armadillo, larger ecosystems and yourself, it is not a good idea to keep an armadillo as a pet.

We show some of the practical considerations one would have to make if they did find themselves with an armadillo in the family.

What is the life expectancy of an armadillo?

As with most animal species, an armadillo's life expectancy can be greatly increased if kept in captivity, as long as they are properly cared for and protected. Taking into account the range of different armadillo species that exist, these animals can live for 4 to 16 years on average in the wild.

This is more than enough time to raise awareness. Even with the possible increased life expectancy of an armadillo in captivity, you must take into account that these animals require specific care which can only be provided by a professional. If you took an armadillo as a pet into the family, it would be a major commitment in terms of time and resources.

An armadillo should live in a place where the ground is aired and ventilated, which makes it possible to dig up. In addition, they need access to cool and shaded areas so that their hard shell can cool down. After all, armadillos are animals that live in holes in the ground. In captivity, it must be ensured that the armadillo can't dig its way out of its enclosure.

Armadillos prefer warm climates. They should never be kept in cold places, or places where the temperature drops overnight. They are opportunistic and omnivores up to an extent. Armadillos usually have their young in the spring.

They are carriers of different microorganisms which don't cause them any harm, such as certain protozoa. This issue can be treated by a vet with expertise in exotic animals. Finding a vert with experience treating armadillos is not common since they are an unlikely pet. Even if the veterinarian had some experience, they may not be able to

As we have stated above, the armadillo is an omnivore. This doesn't mean they can eat anything, but it does mean their diet is made up of all kinds of food, both animal and plant-based. In the domestic environment, you could provide various types of food, but there is little information about their specific nutrition and it is unlikely you will be able to find armadillo feed in your local pet store.

As with anteaters, an armadillo's diet in the wild is mainly made of up insects. This includes not only ants, but termites and other insect species which live in their habitat. Another similarity to the anteater is their sticky tongue which is used to scoop up ants and ingest them in large quantities. Some sources suggest as much as 90% of their diet is insect-based.

They may also eat eggs, fruit and other food. However, they can grow to be quite large (especially species such as the giant armadillo) and feeding them will be both tricky and expensive.

Other problems keeping armadillos as pets

Wild armadillos live in burrows and a claw their way through the ground to create them. If you tried to keep an armadillo in the home, they would likely destroy your carpets and furnishings. If you were to keep a pet armadillo, they would need a lot of space outside and the ability to dig. This could cause escape problems as they would be able to dig under the ground of your property.

Armadillos have very poor sight. Some are practically blind. This means they may have trouble making us out and think of us as predators when we approach. Since armadillos are not domestic animals, it will be very difficult to bond with them. If you see them roll up into a ball regularly, it is because they are in defensive mode.

Since keeping an armadillos is expensive, there is little veterinary care available, they can transmit disease, they are not suited to home environments and they are very timid, it is best to leave them to the wild where they belong.

Here is more information on some other small mammals which people wonder if they can keep as pets:

If you want to read similar articles to Can You Have an Armadillo as a Pet?, we recommend you visit our What you need to know category.

Videos related to Can You Have an Armadillo as a Pet?

1 of 3
Videos related to Can You Have an Armadillo as a Pet?
Can You Have a Monkey as a Pet?
Keeping an Emperor Scorpion as a Pet
Macaws as Pets
Squirrels as Pets - Is It OK to Have a Pet Squirrel?
Related categories
Ideal forComparisonsNamesThe least...The most...
Most read
1.
Best Names for American Bully Dogs
2.
What is the Difference Between a Donkey, a Mule and an Ass?
3.
The 5 Most Wrinkly Dog Breeds
4.
100 Popular Bird Names
5.
Tamil Names for Dogs - With Meanings
6.
Arabic Dog Names - Male and Female
7.
Can You Have an Otter as a Pet?
8.
Types of German Shepherd - All Breed Variations
The Ocelot as a Pet: Everything you Need to Know
Snakes as Pets
The Capybara as a Pet
Keeping a Hedgehog as a Pet
Ostriches as Pets: Guidelines and General Tips
Ferrets as Pets: Guidelines and General Tips
Are Chameleons as Pets a Good Idea?
The Fennec Fox as a Pet

1 comment
Rating:
Jake
25/05/2020
This article is misleading. it says it's illegal to own an armadillo. That may be true in some states but not all states. In South Carolina where I live in is completely legal to own one
Can You Have an Armadillo as a Pet? 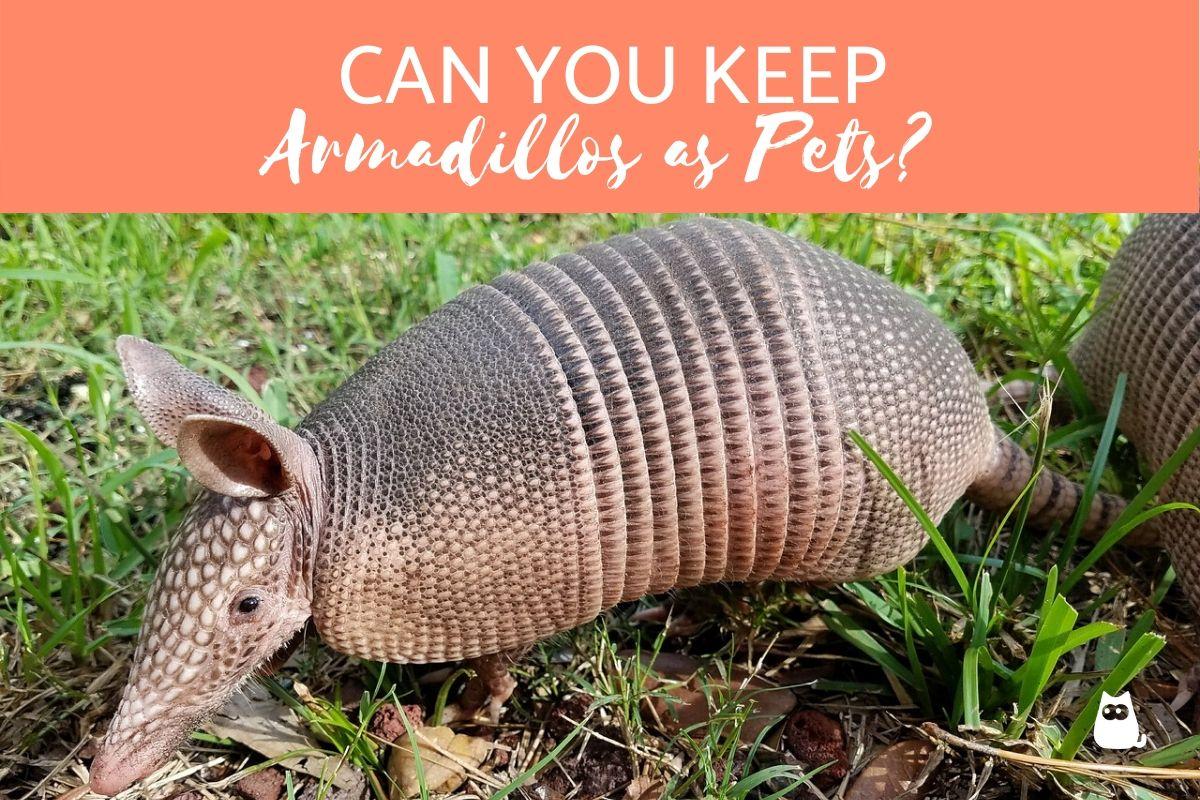 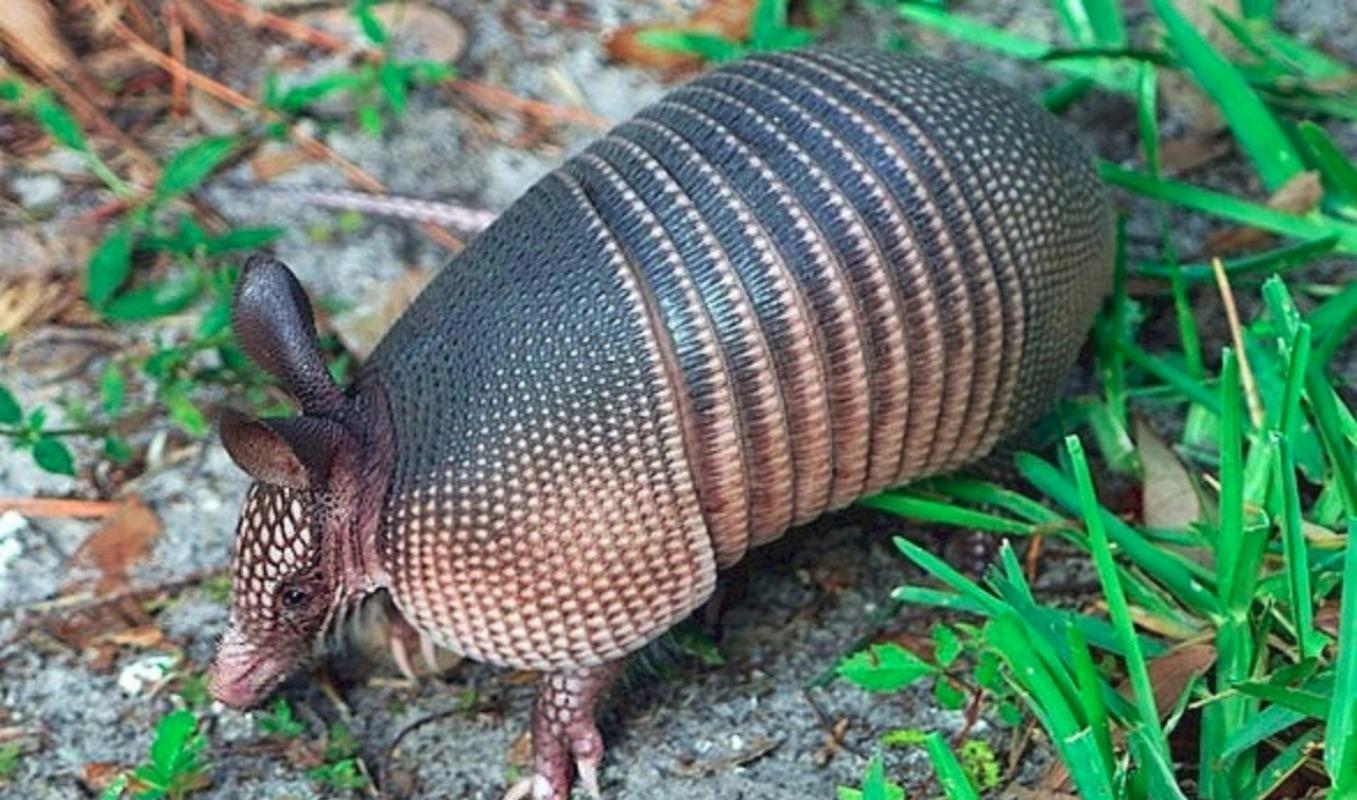 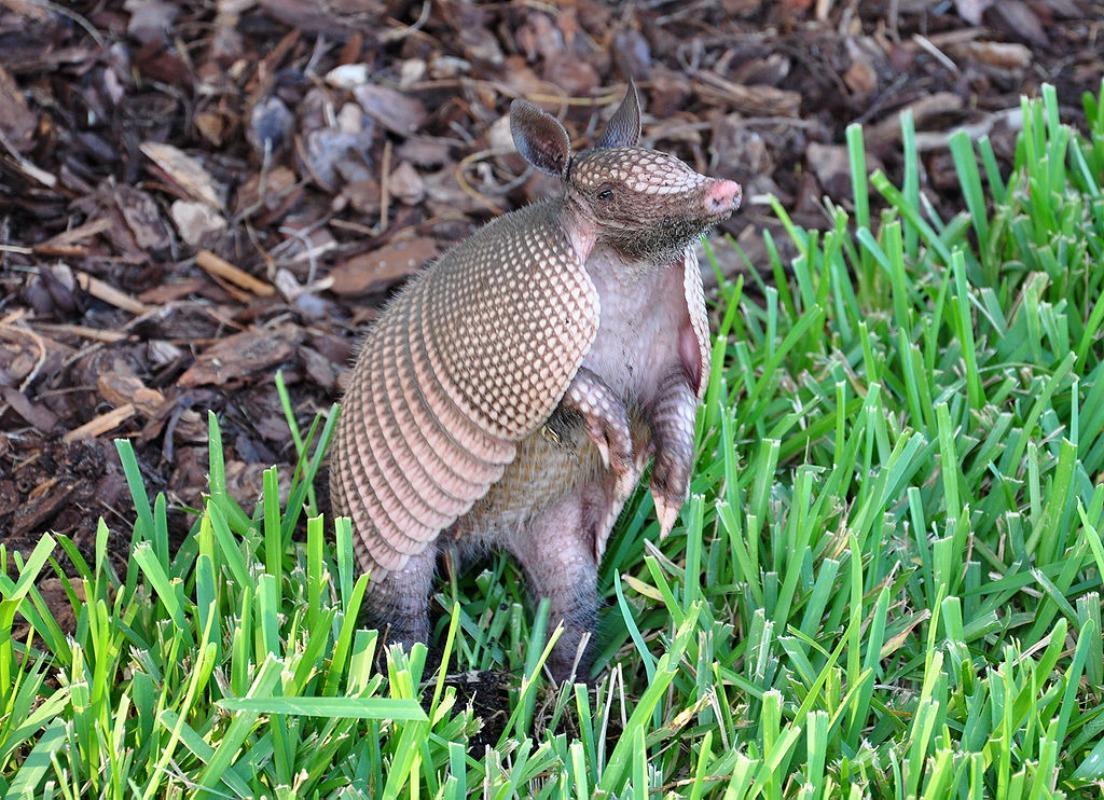 1 of 3
Can You Have an Armadillo as a Pet?
Back to top