Can You Have a Monkey as a Pet?

If you say the word ‘monkey’ everyone is likely to conjure a slightly different image in their mind. This is because there are over 250 individual species of this primate in the world. The number doesn't even include their closely related cousin, the ape. What they all have in common is an ‘exotic’ appearance and shared characteristics with humans. Sailors used to keep monkeys as pets to amuse themselves on long journeys around the Caribbean and many courtesans and members of royalty have famously kept pet monkeys.

Unfortunately, many owners of pet monkeys don't adequately assess the possible detriment to the monkey's health by domesticating them. There are many considerations which need to be made, not the least of which being the legal status of pet monkeys in a particular country or region. Can you have a monkey as a pet? Yes you can, depending on the legality in your region. In this article, AnimalWised explains why this is not likely to be a good idea for either you or the monkey.

You may also be interested in: Can You Have an Armadillo as a Pet?
Contents

Is it legal to have a monkey as a pet?

Currently, monkeys are protected under CITES (the Convention on International Trade in Endangered Species of Wild Flora and Fauna). This was a convention created by the UN to regulate trade and combat the illegal trafficking of animals. It is particularly focused on animals which have threatened survival. However, individual countries may have their own legislation regarding the domestic breeding of alien or invasive species.

In countries like Chile, having a monkey as a pet is illegal and owners found breaking these rules can suffer severe fines. However, in Spain it is possible to adopt a monkey as a pet, but the legal provenance of the animal must be demonstrated with the corresponding documentation.

Obviously, adopting a monkey with an unknown origin as a pet is not recommended in any country. This is especially if you find them from sources online. Most of these animals are hunted in the wild, taken suddenly from their habitat and imprisoned in terrible conditions until being sold on the black market as part of animal trafficking. If you adopt a monkey of unknown origin, you are more than likely to be indirectly contributing to the inhumane process of animal trafficking.

You may be asking at this point why is keeping a monkey as a pet illegal in so many places? The main reason is to protect them from the abuse practices inherent in animal trafficking. These include removal from their natural habitat, mistreatment, physical abuse as discipline, inappropriate homing and, often, eventual abandonment. This is often due to monkeys bought from the black market by people who have little to no understanding of a monkey's requirements.

Common sense and logic should be employed to fill in the gaps left open by insufficient legislation on possessing exotic animals. For example, although it is not illegal in many countries to have a marmoset as a pet, anyone thinking of adopting one needs to consider what conditions need to be met to house them in a suitable environment. Every animals deserves to experience a dignified, happy and healthy life. Their rights to this kind of life should not be superseded by a human's desire to have a cute pet.

Health risks associated with keeping a monkey as a pet

Monkeys, particularly those of an unknown origin, can transmit certain zoonotic diseases. These include rabies, tuberculosis, herpes, hepatitis C and candidiasis. Zoonoses are diseases passed from one species to another and they can often be transmitted through bites and scratches. Additionally, some species of monkey are vulnerable to developing allergies and skin infections caused by bacteria and fungi.

On the other hand, many of our diseases can be passed on to the monkey. This can seriously affect their health. Many monkeys may develop a lowered immunity due to not receiving the right level of care, especially in terms of diet and hygiene.

Captive breeding of monkeys and effects on behavior

Monkeys are very active animals with a curious, intelligent and sociable disposition. They need almost constant exercises to maintain good health. Even when their owners have a large space with an outdoor environment to care for them, monkeys kept as pets can exhibit symptoms of stress and/or boredom.

Similar to dogs and cats, monkeys often present certain behavioral problems associated with their environment. This can lead to becoming stressed and developing aggression. Additionally, as monkeys are such sociable animals, if they are reared on their own, they will not develop important social skills. This is why many monkeys born or raised in captivity will become aggressive in adult life, develop destructive conduct and may become withdrawn. They can develop stereotypies, repetitive movements or behaviors which signal maladaptation to their environment.

Caring for monkeys as pets

Do you still think it is a good idea to have a monkey as a pet? If you are still not convinced it is a bad idea, then you may want to know about the specific care they need to develop healthily in captivity.

Ideally, a monkey should be kept somewhere which mimics their natural habitat. This is so they can have as similar physical and mental development as they might have in the wild as possible. Zoos, for example, try to replicate a monkey's living space by providing the similar flora and structures which appear in their natural habitat. You may imagine the difficulty in trying to replicate this in your own home (especially if you live in an apartment building). Even those with space and resources will only have a replica of their natural environment which never fully capture the essence of nature.

Like all animals, monkeys will need complete and balanced nutrition to maintain their health and develop fully. In their natural habitat, apes usually maintain a fresh, natural and varied diet. This means that providing an appropriate diet for a ‘domesticated’ monkey takes time, dedication and money. Aside from fresh fruit and vegetables, they may need special dietary requirements in the form of insects or lizards.

Also, monkeys will need adequate mental stimulation. They are animals of high intelligence and have great sensitivity. Their need to exercise their cognitive skills and improve their emotional ability to stay happy, healthy and active. A sedentary or bored monkey can suffer from stress and develop numerous behavioral problems. These animals need enrichment sessions and games to maintain health.

They also need to have their socialization needs met. They need interaction, entertainment and affection on a consistent basis. Most of us will not have the time to meet a monkey's social needs. This is another reason many monkeys bred in captivity show signs of depression and aggression to both humans and other animals. Without the large groups of their natural habitat, monkeys will not have a full life.

Monkeys also need specialized medical attention which many vets will be unable to provide. There are many diseases which they may be more susceptible outside of their natural habitat, so internal and external deworming is important. There are also species specific conditions which need a specialist to contend with. If you don't live somewhere close to a place which can provide the necessary care for a monkey, you should adopt one.

Unfortunately, many people do not heed the requirements necessarily for looking after a monkey as a pet. This leads to many captive monkeys ending up in zoos or specialized animal shelters as their owners fail to meet the responsibility of their care.

Keeping a monkey as a pet

As you may have observed, monkeys need very specific care in order to provide a healthy life. Apart from the cost of creating a hospitable habitat and appropriate upkeep, legally adopting a monkey is expensive. The correct documentation, quarantining and other costs will pile up before a monkey is brought home.

For all of the above reasons, it is not a good idea to have a monkey as a pet. Unlike dogs which have such a long history of domestication, monkeys are wild animals. They should never be taken out of their natural habitat unless completely necessary. If you still want to have a monkey as a pet, you will need to consult your local animal authority for legal issues and a specialist in monkey care to ensure everything they need is provided for.

If you want to read similar articles to Can You Have a Monkey as a Pet?, we recommend you visit our What you need to know category.

Can You Have an Otter as a Pet?
Monkeys as Pets: Guidelines and Basic Tips
Squirrels as Pets - Is It OK to Have a Pet Squirrel?
Macaws as Pets
Related categories
NamesThe most...The least...Ideal forComparisons
Most read
1.
Best Names for American Bully Dogs
2.
Tamil Names for Dogs - With Meanings
3.
What is the Difference Between a Donkey, a Mule and an Ass?
4.
Stoats as Pets: Guidelines and General Tips
5.
100 Popular Bird Names
6.
Types of German Shepherd - All Breed Variations
7.
How long does a Cat Take to Adjust to a New Home?
8.
The 5 Most Wrinkly Dog Breeds
Marmosets as Pets: Guidelines and General Tips
The Ocelot as a Pet: Everything you Need to Know
Snakes as Pets
The Capybara as a Pet
Keeping a Hedgehog as a Pet
The Fennec Fox as a Pet
Are Pythons as Pets a Good Idea?
The Kangaroo Rat as a Pet

Can You Have a Monkey as a Pet? 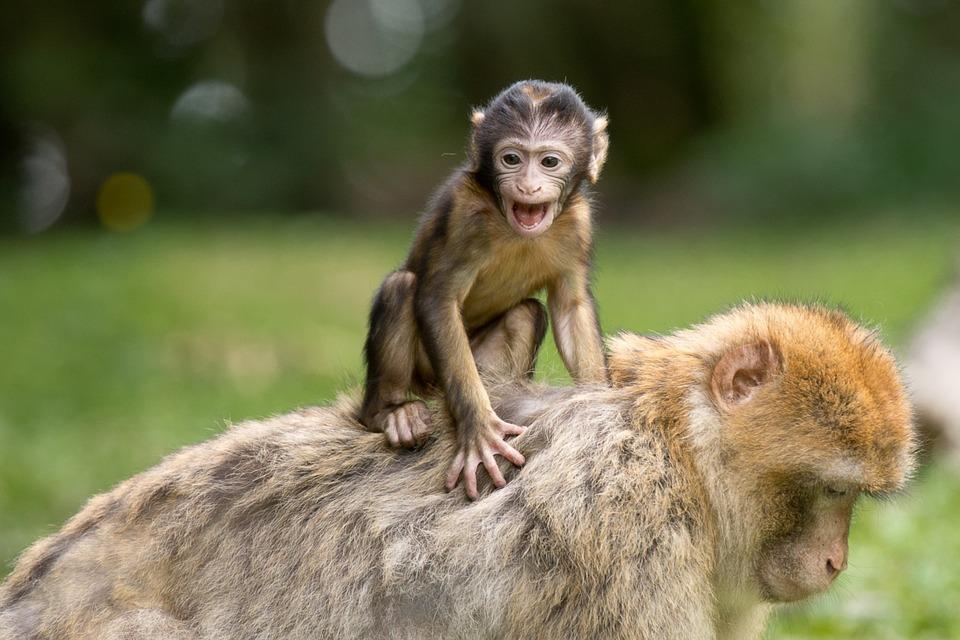 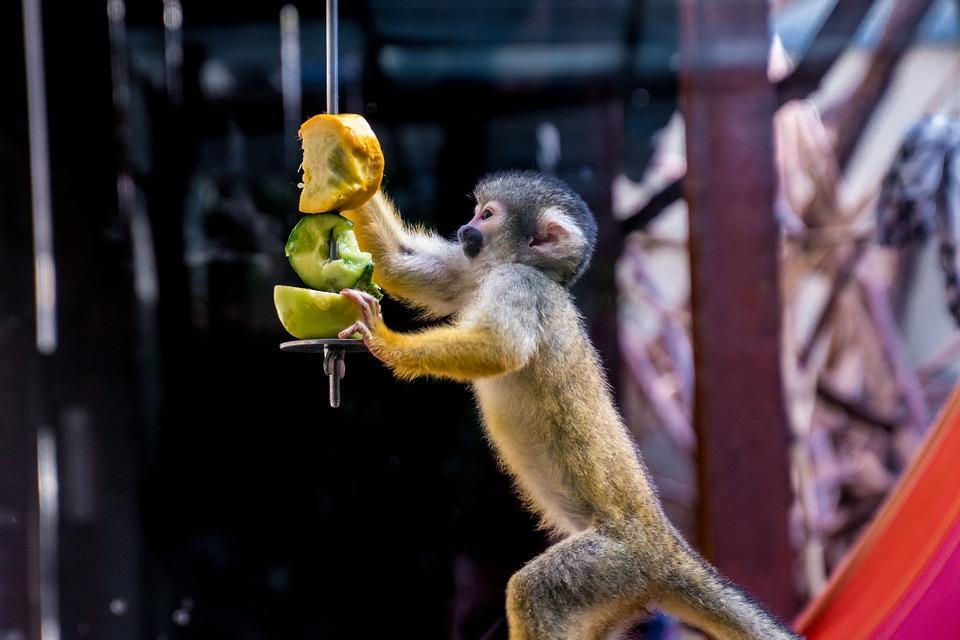