Chlorhexidine for Cats - Uses and Side effects

By Laura García Ortiz, Veterinarian specialized in feline medicine. May 25, 2022

Chlorhexidine is a disinfectant and antiseptic which is used in both human and veterinary medicine. It is considered safe and is commonly used for disinfection of wounds, lesions, erosions and skin disorders such as feline acne, certain infections and pododermatitis. It is also used as a complement to other treatments for dermatological problems in cats such as ringworm. It is an especially effective drug for gram-negative and gram-positive bacteria, with growth inhibitory and bactericidal action. Due to its low percutaneous and gastrointestinal absorption in case of accidental ingestion, it is a safe and effective active ingredient in cats of all ages.

If you want to know more about chlorhexidine for cats, keep reading this AnimalWised article. We look at its uses, side effects and contraindications to see how you can use it for your cat.

You may also be interested in: Albendazole for Cats - Uses, Dosage and Side Effects
Contents

What is chlorhexidine for cats?

Chlorhexidine is in the group of cationic polybiguanide compounds, a class of chemical compounds known for their bactericidal properties. It is effect as a topical antiseptic in cats as it is active against numerous gram-positive and gram-negative microorganisms. It is not effective against other pathogens such as acid-alcohol-fast bacteria, viruses, fungi and spores.

Chlorhexidine is used topically. It is not inactivated by organic matter and its cutaneous absorption is minimal, acting in less than 30 seconds and 25% of its applied amount persisting up to 30 days after administration.

Chlorhexidine also inhibits the growth of bacteria by inhibiting direct action of the energy transporting ATPase.

Uses of chlorhexidine for cats

What is chlorhexidine for cats for? Chlorhexidine in cats can be used as a topical spray solution or as an active ingredient in medicated shampoos to treat dermatological problems in cats:

Learn more about treating feline skin problems with our article on miliary dermatitis in cats.

How to use Chlorhexidine in cats

Chlorhexidine in cats is for cutaneous use. When it is applied in solution form to injured skin, it is used undiluted after the area has been cleaned. The lesion can be sprayed several times a day depending on the severity of the condition and according to your veterinarian's directions.

Depending on the format, it can be applied by direct spraying or by applying a quantity of the product with gauze. We can then dab the gauze gently on the lesion for disinfection.

If applied as a shampoo, it should be used twice a week until hair cultures are negative for the fungus Microsporum canis and treatment should never be exceeded beyond 16 weeks. In long-haired cats, it could be a good option to shave the hair a little so that it penetrates better.

The cat should be rinsed with clean water before applying the shampoo to several areas of their coat. This is then massaged until the fur is lathered. Don't forget the face, under the tail and between the toes of the hind legs. Let it rest for 10 minutes and then proceed to rinse with clean water, letting it dry naturally.

Side effects of chlorhexidine for cats

Due to its cutaneous application and its wide safety margin, as it is not absorbed through the skin or well absorbed by the gastrointestinal tract. If the cat ingests the product or licks the area treated with chlorhexidine, an overdose or intoxication by chlorhexidine is practically impossible. In the rarest of occasions, side effects may include:

Contraindications of chlorhexidine for cats

The only indication for the use of chlorhexidine in cats is its external use by direct application to the skin of cats that require it. If this active ingredient comes into contact with your cat's eyes, you should wash them immediately. It is also not good for the cat to ingest the product either in shampoo or skin solution. Although it should not be well absorbed by the digestive system, we should still do all we can to avoid it happening.

Chlorhexidine should not be used in cats allergic to the active ingredient or any of its excipients. We usually see this if redness or itching appears after use. It is important that chlorhexidine-treated kittens not come into contact with lactating females until their coats are completely dry. In the case of chlorhexidine shampoo for cats associated with griseofulvin, it should not be used in pregnant females as the latter is contraindicated in this physiological stage of cats.

Find out other ocular problems in your feline with our article on why a cat's eyes are puffy.

If you want to read similar articles to Chlorhexidine for Cats - Uses and Side effects, we recommend you visit our Medicine category.

Chlorhexidine for Cats - Uses and Side effects 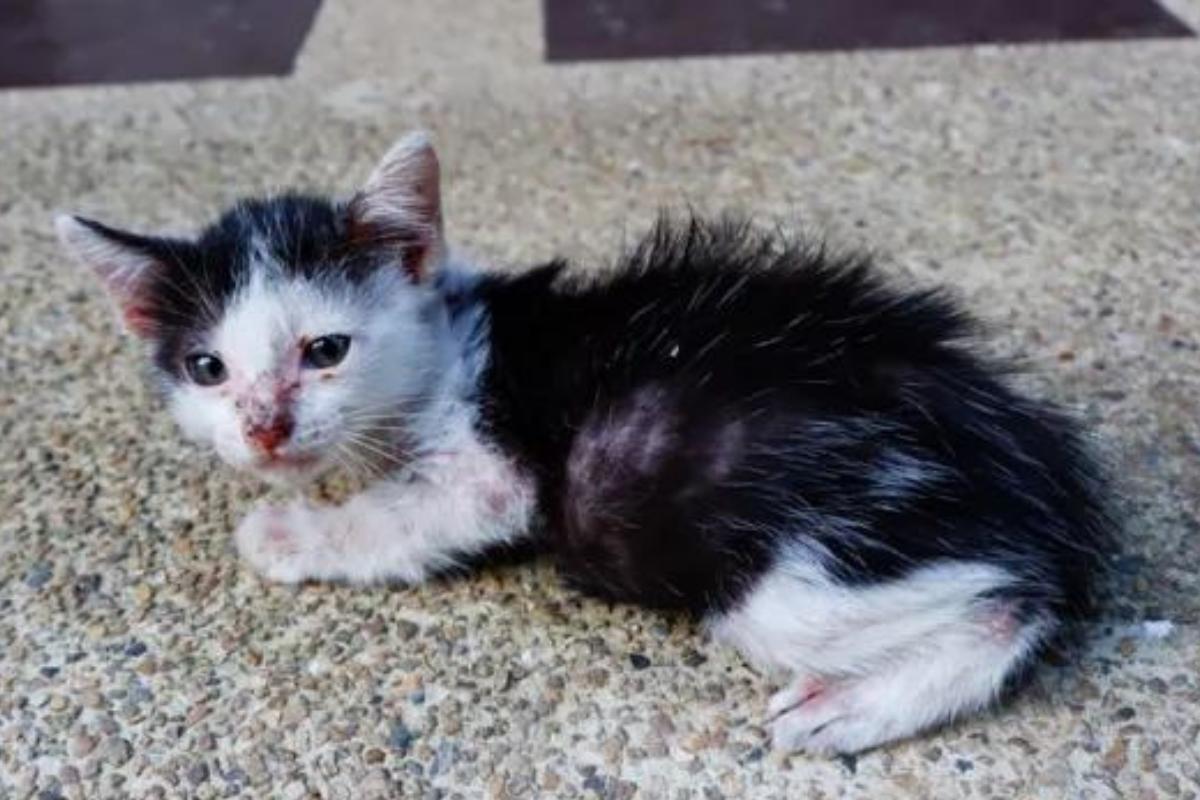 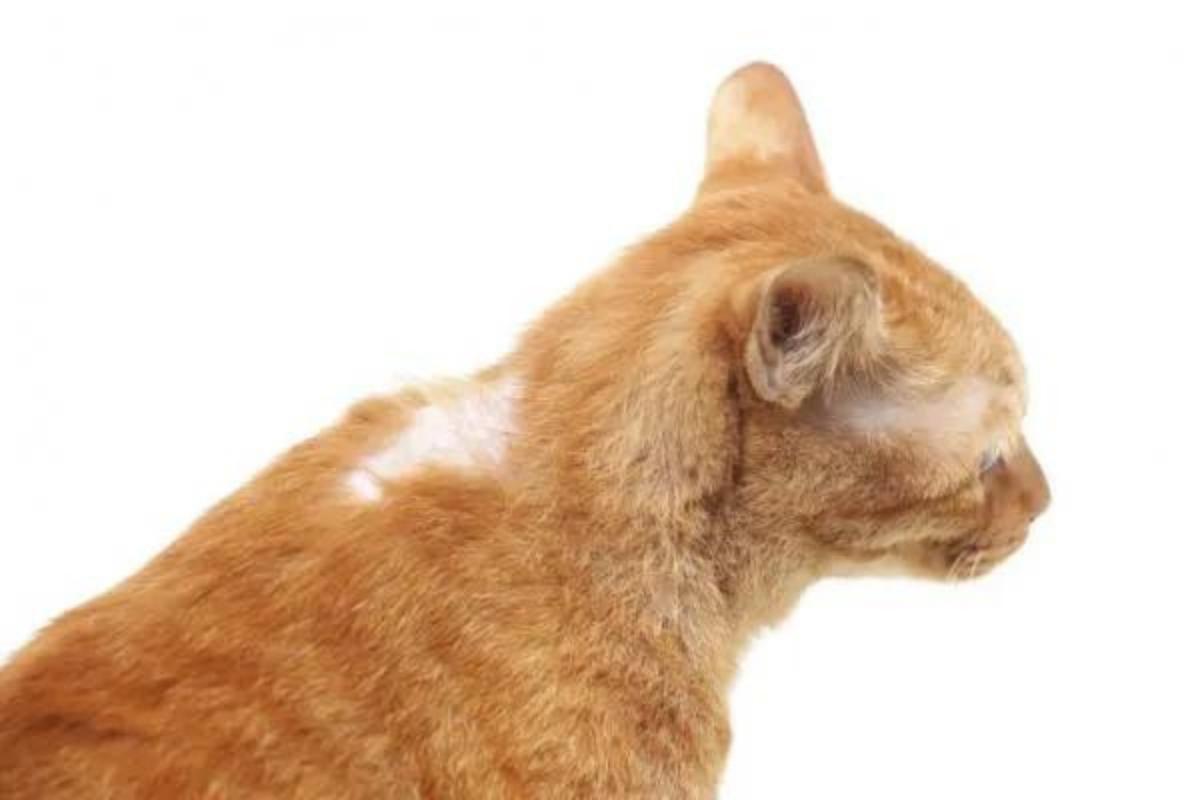 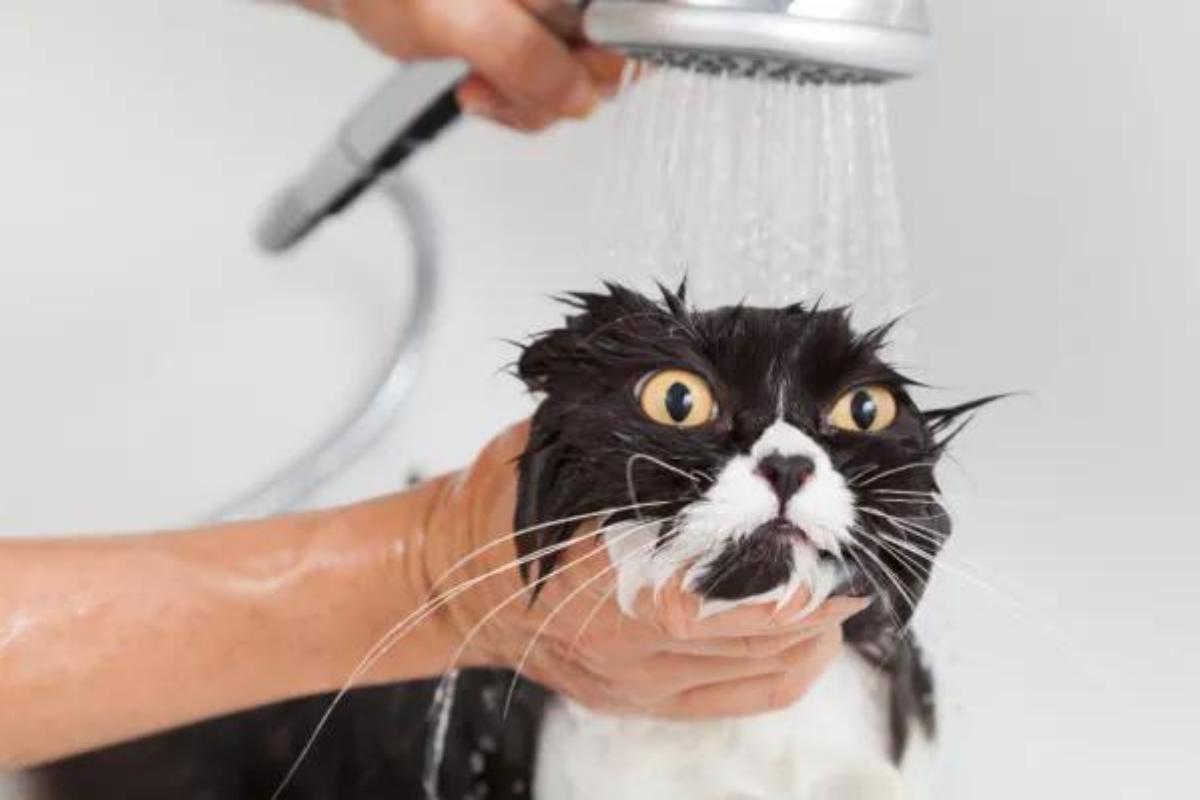