Cimetidine for Dogs - Dosage, Uses and Side Effects 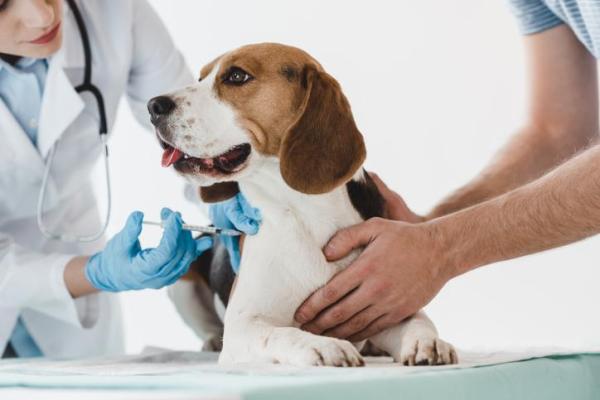 In the following AnimalWised article you will learn everything you need to know about cimetidine for dogs, its dosage, uses, and possible side effects.

You may also be interested in: Theophylline for Dogs - Dosage, Uses and Side Effects
Contents

Cimetidine acts as a blocker of the histamine H-2 receptor. The activity of this receptor cell has been directly linked to the development of certain types of peptic ulcers. By effectively preventing this cell from functioning as it normally would, cimetidine can relieve your pet's symptoms associated with stomach ulcers. Specifically, the drug blocks the production of certain types of stomach acid. By effectively limiting the amount of stomach acid produced, cimetidine reduces the strain on your dog's stomach.

It was the first drug in human medicine to treat gastrointestinal ulcers, making it one of the longest-used drugs of its type. It is rapidly absorbed from the gastrointestinal tract, although absorption can be affected by the presence of food. Furthermore, it is metabolized in the liver and excreted in the urine.

This medication may also be helpful for other types of stomach problems, such as inflammation that occurs as a result of kidney damage or kidney failure.

Cimetidine is available in tablet or liquid form, and also as an injectable medication.

What is cimetidine for dogs used for?

The range of action of cimetidine is at the digestive level. Therefore, it is mainly used in dogs with:

In some cases, cimetidine can also be used in certain chronic dermatological diseases to obtain an immunomodulatory effect.

Dosage of cimetidine for dogs

Cimetidine may be administered orally to dogs, at a dosage of 10 mg per kg body weight, every 6-8 hours. It is administered before meals because absorption of cimetidine by food is impaired. In addition, cimetidine can also be injected intravenously, intramuscularly, which may be uncomfortable for the dog, or subcutaneously. Depending on the option chosen, the dose will be different, as for injection we are talking about 5 mg per kg every 12 hours. It is important that your dog completes the full course of medication recommended by your veterinarian.

This is the general dosage, but it can be adjusted according to the circumstances of each dog. For this reason, in any case, the veterinarian is the only professional who can decide on the most appropriate administration schedule.

Contraindications of cimetidine for dogs

Logically, cimetidine cannot be given to dogs that have previously shown a hypersensitivity reaction to it or are suspected of being allergic to it. The signs of an allergic reaction to this drug are: hives, swelling or shortness of breath.

On the other hand, it must be administered with caution to dogs suffering from liver or kidney damage or failure.

Kidney disease is relatively common in dogs, especially as they age. If you want to learn more about this disease, read this other article, where we explain what foods a dog with kidney disease should eat.

Side effects of cimetidine for dogs

Cimetidine is considered a very safe drug as long as it is administered according to the veterinarian's instructions and even if the dose is accidentally higher than recommended.

However, like all medications, it can have side effects that are usually minor or mild. These include:

If we notice any adverse effect after administering cimetidine to our dog, we must notify the veterinarian immediately.

If you want to read similar articles to Cimetidine for Dogs - Dosage, Uses and Side Effects, we recommend you visit our Medicine category.

Cimetidine for Dogs - Dosage, Uses and Side Effects 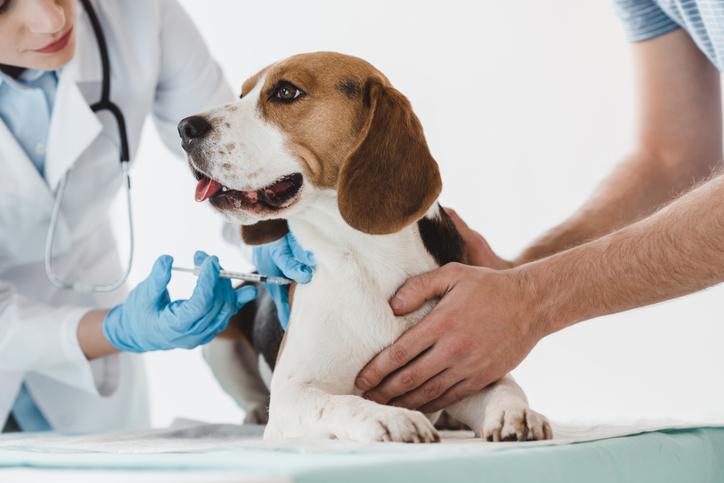 Cimetidine for Dogs - Dosage, Uses and Side Effects
Back to top