Ketoconazole for Cats - Uses, Dosage and Side Effects 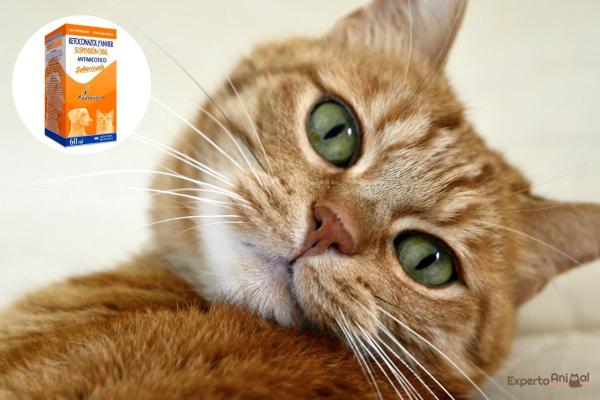 Ketoconazole is an antifungal used in cats to eliminate mycosis, i.e. an infection caused by fungi. Specifically, it fights mycosis which affects the skin, bones and even systemic infections. The fungi which it counteracts are numerous, including species as varied as dermatophytes responsible for ringworm, yeasts such as Candida or Malassezia, and systemic fungi such as Aspergillus or Histoplasma. This drug has a fungistatic and sporicidal effect because it destroys the balance of the cell membrane of the fungus. It does so by binding to an enzyme that synthesizes the compound that balances and favors the proper functioning of the cell membranes of the fungus. Without this function, the fungi dies.

If you want to know more about ketoconazole for cats, specifically, its usage, dosage and side-effects, keep reading AnimalWised. We also explain in further details the mechanism of its actions and any contraindications it may provide.

What is ketoconazole for cats?

Ketoconazole is a broad-spectrum active ingredient from the group drugs known as antifungals, i.e. drugs used to treat fungal infections. Specifically, it is a fungistatic from the azole group, a synthetic derivative of imidazole and the first oral antifungal with a broad spectrum.

The mechanism of action of ketoconazole does not differ from that of other imidazole antifungals, meaning they act by damaging the cell membranes of the fungus. This active ingredient is specifically responsible of inhibiting synthesis of ergosterol through binding with the P-450 enzymes of the fungal cytochrome.

Ergosterol is a compound present in the cell membranes of the fungus which fulfills a function similar to the cholesterol of mammalian cells. This means it is capable of modifying the permeability and fluidity of the membrane and of regulating some cellular proteins. For this reason the cell membrane of the fungus does not perform its functions, becoming defective. Fungistatics inhibit the growth and function of the fungus without killing it outright.

The absorption of ketoconazole in cats is very rapid when taken orally as it is highly lipophilic. It is especially swift if it is administered with food. Ketoconazole binds to albumin and other plasma proteins and has a large volume of distribution, reaching high concentrations in the:

Ketoconazole is metabolized in the liver and eliminated primarily in the bile. To a lesser extent, it is also eliminated in the urine by the kidneys.

What is ketoconazole used for in cats?

Ketoconazole in cats is used as a broad-spectrum fungistatic and sporocidal antimycotic (kills fungal spores). This is due to its effective systemic action for the treatment of fungi of different locations and genera. Specifically, the antifungal spectrum of ketoconazole can be effective against the following fungi and yeasts:

In addition, ketoconazole also has antiglucocorticoid and antiandrogenic effects, inhibiting the conversion of cholesterol to steroid hormones such as cortisol and testosterone. This also occurs through the inhibition of cytochrome P450 enzymes that are also involved in its synthesis.

Learn more about one specific type of fungal infection in cats with our article on cryptococcosis in cats.

Dosage of ketoconazole for cats

Dosages of topical ketoconazole for cats

Ketoconazole in cats can be used topically for mild or moderate mycosis located at in skin. They are often prepared with other ingredients such as omega 6 fatty acids for their pro-inflammatory action, making the cat's immune system active in the area and acting against the fungi involved. Zinc oxide may also be used to regenerate the epidermis.

It is usually administered twice a day, applying the exact amount defined by the veterinarian and package instructions. The application should be stopped after a week of remission of the lesions. There are also complementary treatments such as ketoconazole shampoos.

Dosages of oral ketoconazole for cats

Another way of using ketoconazole is oral administration. It is usually given with food in tablet form. The dose of ketoconazole in cats ranges from 5 to 10 mg/kg every 24 hours. In cutaneous mycosis, treatment usually lasts about three weeks, while in cases of bone mycosis, treatment is longer, requiring a duration of 2 or 3 months. Iin all cases, treatment must be extended for another week after remission of the clinical signs of the disease.

Side Effects of Ketoconazole for Cats

The side effects of ketoconazole when used in felines are mainly related to the digestive system, but not exclusively. The spectrum of possible unwanted effects with the use of this active ingredient in cats includes:

The incidence of these side effects is higher if there is an overdose of ketoconazole in the cat. For this reason, never give ketoconazole to your cat without first obtaining a veterinary prescription. Your veterinarian will provide the specific dose for your feline according to their individual characteristics.

Contraindications of ketoconazole for cats

The use of ketoconazole in cats is contraindicated in all of the following cases:

It is important to keep in mind that ketoconazole cannot be used when antacids or H2 receptor antagonist drugs such as cimetidine or ranitidine for cats. Similarly, proton pump inhibitors such as omeprazole for cats are contraindicated. This is because these make the pH of the stomach more alkaline and ketoconazole requires an acid medium for its absorption.

Other drugs that should not be used with ketoconazole because they reduce the elimination of other drugs metabolized by cytochrome P450 are the following:

Learn more about one of these contraindicated drugs with out article on ivermectin for cats.

If you want to read similar articles to Ketoconazole for Cats - Uses, Dosage and Side Effects, we recommend you visit our Medicine category.

Ketoconazole for Cats - Uses, Dosage and Side Effects 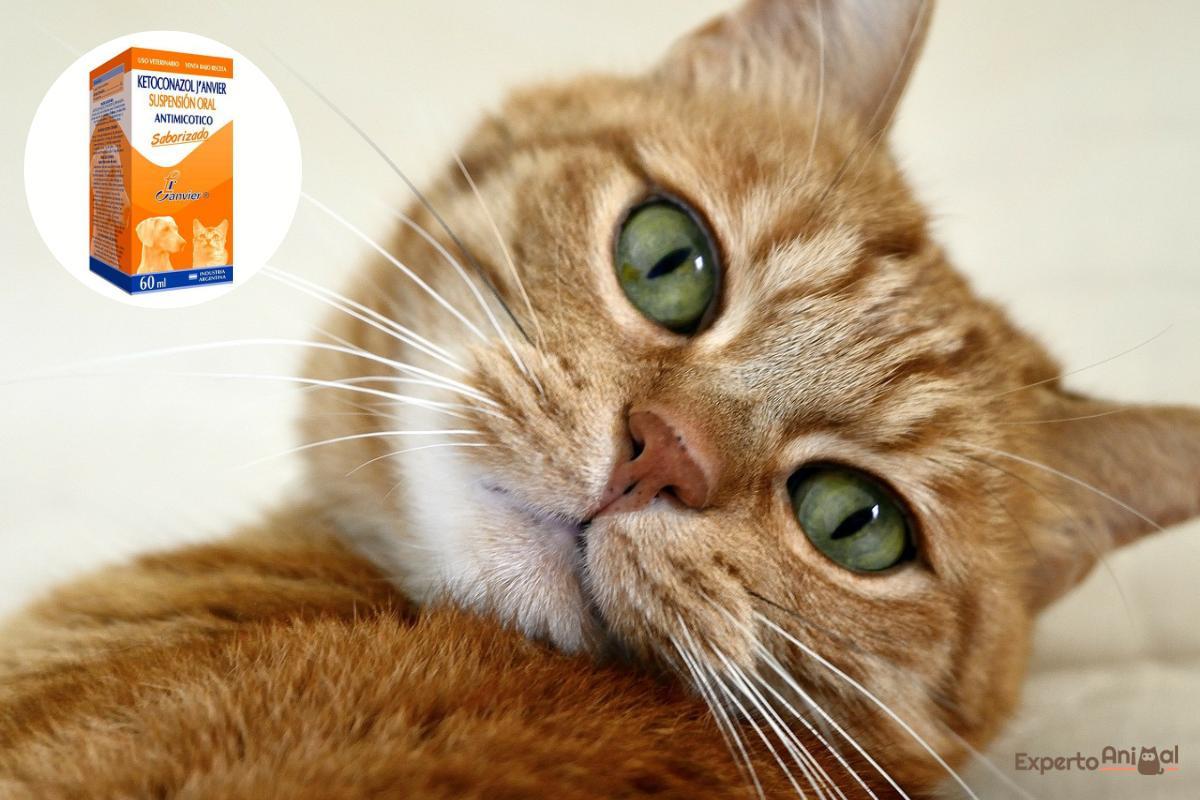 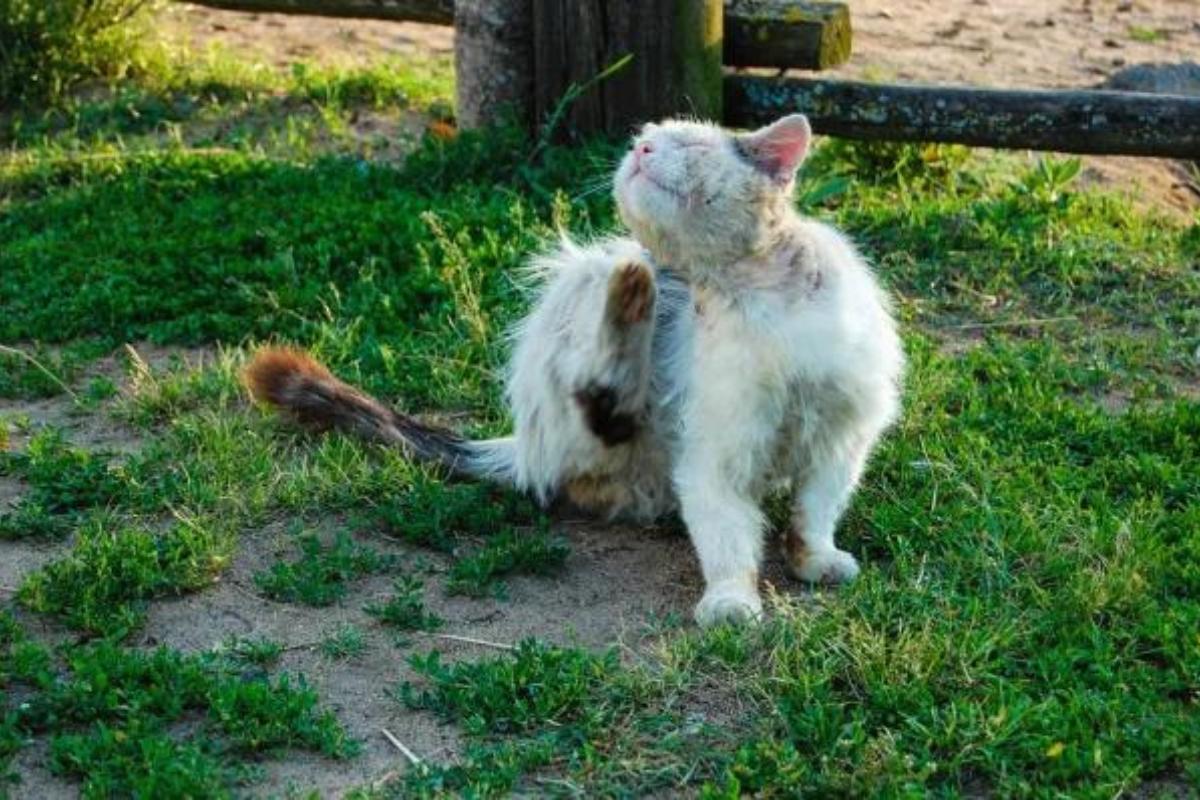 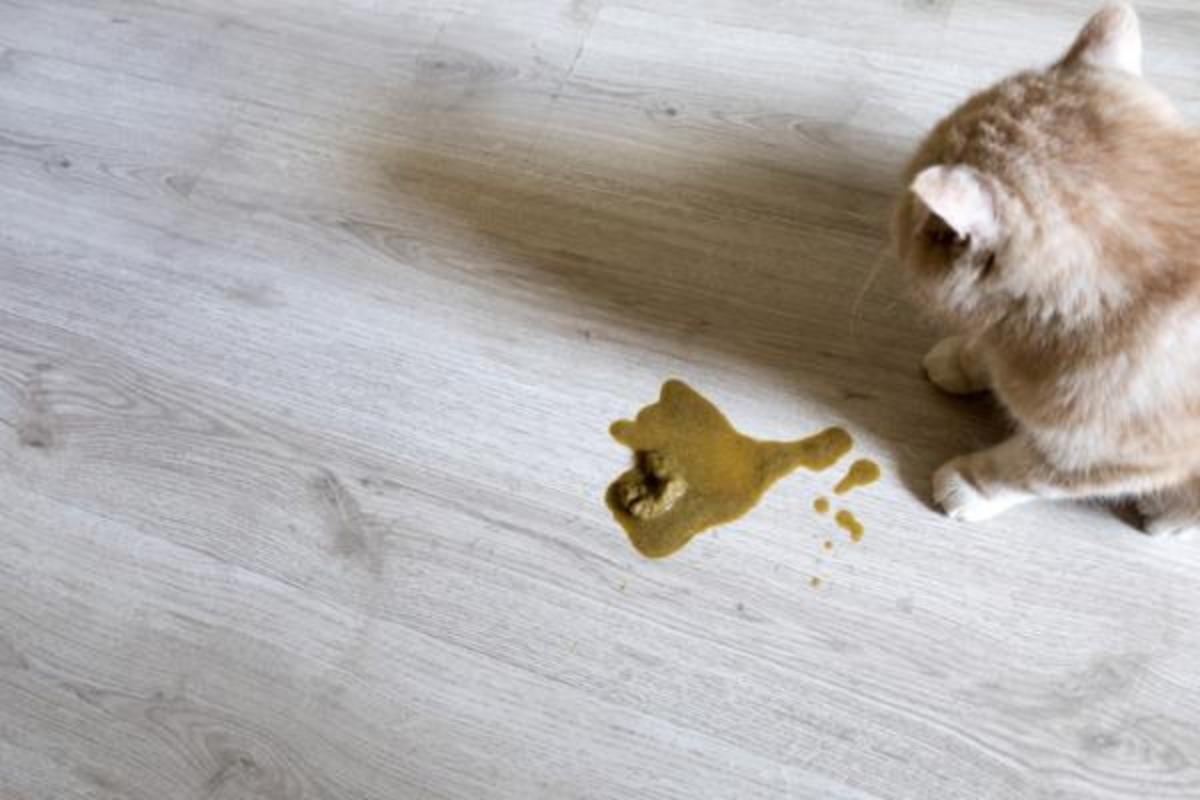 1 of 3
Ketoconazole for Cats - Uses, Dosage and Side Effects
Back to top