Cohabitation Between Pit Bulls and Other Dogs

The American pit bull terrier, or simply the pit bull, is a very well known breed. They are regularly considered to be one of the most aggressive dogs, often bought to reinforce security at home. But the truth is that they aren't responsible for this social controversy. Rather, they have been the victims of bad press written by people who disapprove of this special breed without knowing anything about them.

Owners of this breed often talk to vets when they want to adopt a second dog, worried that their pit bull will attack the new dog as soon as they come through the door, causing a massive problem. Vets often try to respond to these questions in the simplest way possible.

In this AnimalWised article we will talk about the cohabitation of pit bulls with other dogs, things to keep in mind, deliberate training and everything that you might worry about when the time comes to take your new dog home.

You may also be interested in: How to Make a Pit Bull Release its Bite
Contents

Getting to know the origins of the pit bull

We're convinced that if we didn't know about the breed's origins and the reasons behind their character and innate behavior, it would be almost impossible for us to reply to the thousands of questions from those who have one of these "dangerous" dogs at home.

The American pit bull terrier is a breed with origins in the United States but which descends from the English bulldog. They are recognised as a symbol of American values and pride, as these dogs were bred to fight bulls.

They are a muscular, medium-sized breed with a large strong jaw, and a bite capable of causing much damage to the receiving party. This breed was used in dog fighting because of their agility and strength. These activities were banned many years ago, but unfortunately continue to take place illegally.

These characteristics have been a double-edged sword for this dog, with some owners not knowing how to train them correctly after adoption. They carry the ability to behave as such in their genes, but it is up to each owner to decide on how to train their animal so that they can live a peaceful life.

Education and socialization: keys for the arrival of a new dog

Knowing what this dog is capable of, it is crucial to give them proper training and education when you start living with one of these beautiful specimens. Your dog's behaviour will entirely depend on you.

All breeds have certain characteristics in their genes which you can make the most of. For example, bloodhounds will always try and sniff traces when they are out on a walk, and you will need to train them to walk correctly. Pit bull fans love their strength and agility, whereas those who don't like them paint them as animals that aren't suited to a family environment.

So, can pit bulls live with other dogs?

If you want to add a second dog to the household, you should make sure that your pit bull is properly educated and well socialised. Or rather, that they can correctly interact with other animals and obey your commands whenever necessary. This will be crucial for their safety. You should base all of this on positive reinforcement, being firm yet avoiding the use of punishment. It's important to clarify that pit bulls can live with other dogs, and that they are just as sociable as any other dog breed.

In addition to the above, looking after them on a daily basis through games, activities, walks and lots of affection will be the determining factor in your pit bull's happiness, which will make them act as it should. A stressed or anxious dog isn't the best candidate for a new companion. Your priority should be the health of the dog that you already have at home.

There are many myths surrounding the pit bull breed, but one thing we are sure of is that these animals can be very aggressive if they are trained to fight. However, if you train them well with love and kindness, you will bring out their friendly side when they are with you or other animals. Don't be afraid of this beautiful breed. Assess them on a case by case basis, and don't judge all dogs of this breed as the same.

There is a popular saying: The danger lies in the owner, not in the breed.

How should I introduce the pit bull to their new friend?

You must remember that animals are social animals; this means that if your dog is properly educated and socialized, there is no reason for them to have any cohabitation issues.

However, it is imperative to remember that dogs are territorial animals, and that choosing the wrong place to introduce them could trigger some unsavoury scenes. In order for two dogs to set off on the right foot, you should consider the following tips:

Once you notice both dogs reacting positively, you can consider taking the new dog home. However, before you take the animal home you should prepare the house so that neither of the two animals feel left out. It is a good idea to have one or two water bowls, two food bowls and two beds. You should wait one or two days before you give them toys and sweets, and under no circumstances should you leave them alone with toys as this can be the source of conflict.

From this point onwards you'll need to be firm yet positive when educating the dogs, so that they also behave appropriately between themselves. Having two dogs is a wonderful experience full of excitement and funny moments - and one which is extremely positive on the whole.

If you want to read similar articles to Cohabitation Between Pit Bulls and Other Dogs, we recommend you visit our Behavioral problems category.

Why Is My Pit Bull Becoming Aggressive?
Why Is My Dog Aggressive Towards Other Dogs?
Why is my Cat Aggressive with Other Cats?
Why Does My Dog Bark at Some Strangers and Not Others?
Related categories
Basic educationAnimal games and funSportsAdvanced education
Most read
1.
My Dog Is Aggressive After Neutering
2.
Tips to Train an American Bully
3.
Why Is My Dog Suddenly Scared Of Me?
4.
How to Stop Your Dog From Peeing Inside at Night
5.
Best Time of Day to Walk Your Dog?
6.
How To Stop My Cat From Biting My Ankles
7.
Why is My Cat So Possessive?
8.
How to Make a Pit Bull Release its Bite
Tips to Prevent Jealousy Between a Dog and a Child
How to Train Your Dog to Ignore Other Dogs
Why is my Dog Scared of Other Dogs? Tips to Deal with a Dog's Fear
Why Do Dogs Chase Cars? - Also Motorcycles, Bikes and Other Vehicles
Why Does My Dog Hate Cats?
My Dog Doesn't Let Other Dogs Sniff Their Butt
My Cat Steals Food From My Other Cat
How to Make Cats Get Along When Your Cat Doesn't Like Other Cats

Cohabitation Between Pit Bulls and Other Dogs 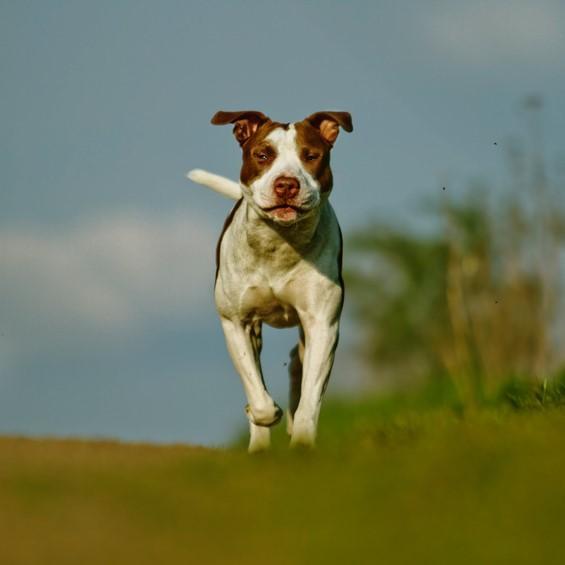 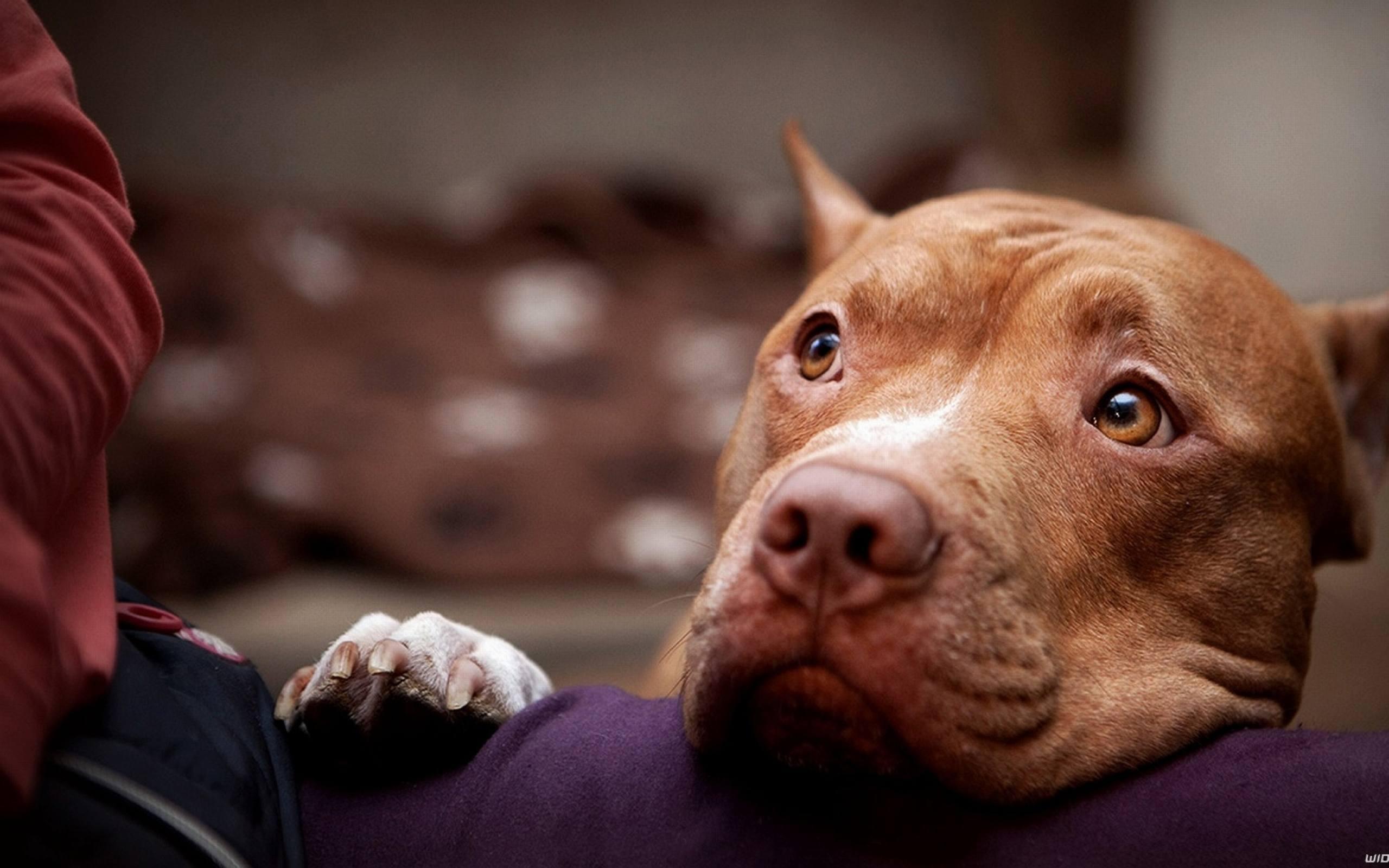 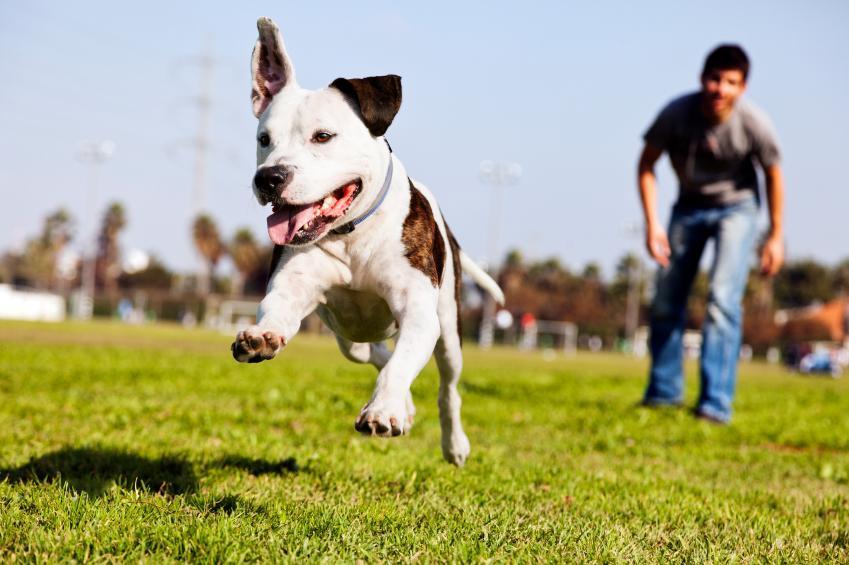 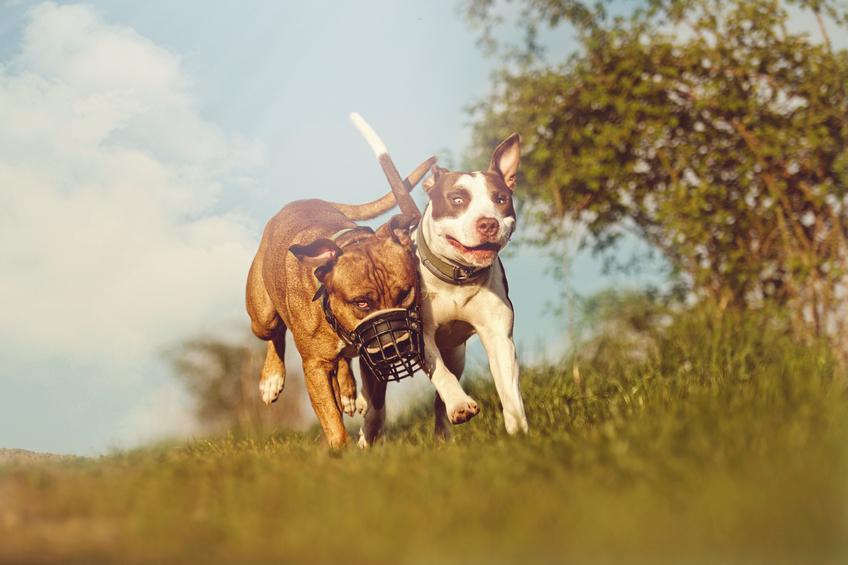