Diet of the Green Spotted Puffer

The freshwater green spotted puffer is undoubtedly one of the most valuable specimens for fish keepers due to its beautiful colors and strange shapes, which vary from fish to fish.

In order for your pet puffer fish to live for a longer time, you should read about its dietary requirements. For this reason, this AnimalWised article will go over the diet of green spotted puffers, known scientifically as Tetraodon nigroviridis. Stay with us and make sure your companion fish gets the best food and nutrients!

You may also be interested in: Diet of the Green Iguana
Contents

If you're looking for information on the green spotted puffer because you like the idea of having one in your fish tank, you should learn about their traits and requirements before making any decisions.

Despite being perceived as small, the spotted puffer can grow to be between 13 and 18 centimeters (5 to 7 inches) in length. It's a beautiful fish that is capable of inflating when it feels threatened, scared or excited, hence the name "pufferfish".

This species capable of secreting a substance called tetrodotoxin when they feel threatened, which can kill other creatures inside the aquarium. Green puffer fish are aggressive, dominant and often reluctant to share their space with others. They love to snoop around everything in their immediate vicinity.

What do green spotted puffers eat in their natural habitat?

This species is native to South and Southeast Asia, and they inhabit freshwater and brackish waters - with higher salinity, but less than in the sea. The green spotted puffer has a totally carnivorous diet. Its diet is based primarily on mosquito larvae, shrimp, small mollusks and other small animals that are found in those areas.

Unlike other fish, the green puffer hardly ever accepts ready made food in the form of flakes or granules. While this fish has a ravenous appetite, it doesn't react well if you fail to provide it with living food.

You should keep its diet as close as possible to that of its natural environment, with small shrimp, fry, small snails, oysters, small prawns and oysters - all of them alive. You should also add small insects to its diet such as larvae (zophobas), mosquitoes, mealworms, etc.

You can also occasionally use meat from other animals, such as octopus or squid, when given in small pieces.

If you want to read similar articles to Diet of the Green Spotted Puffer, we recommend you visit our Healthy diets category.

Diet of the Green Spotted Puffer 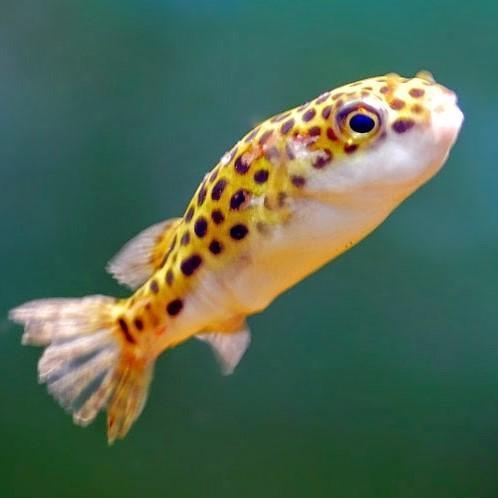 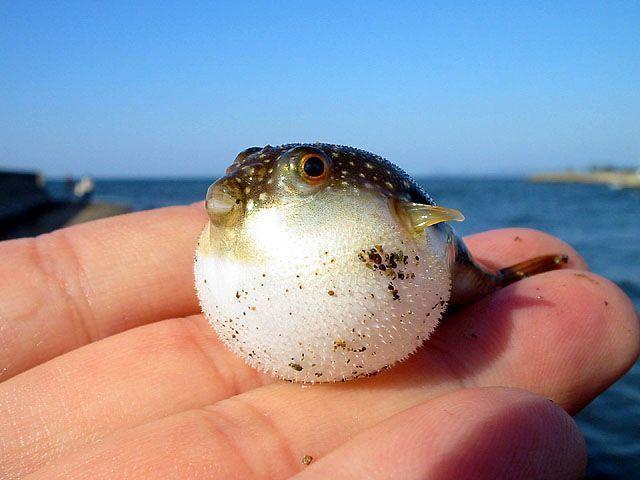 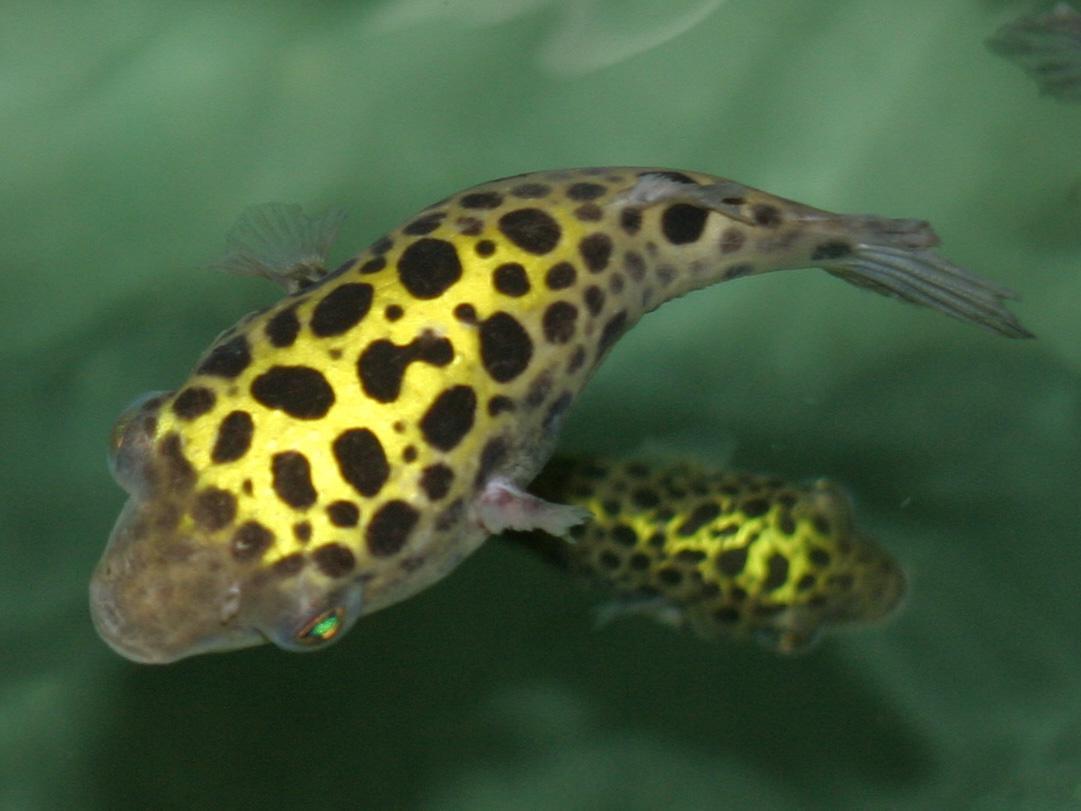 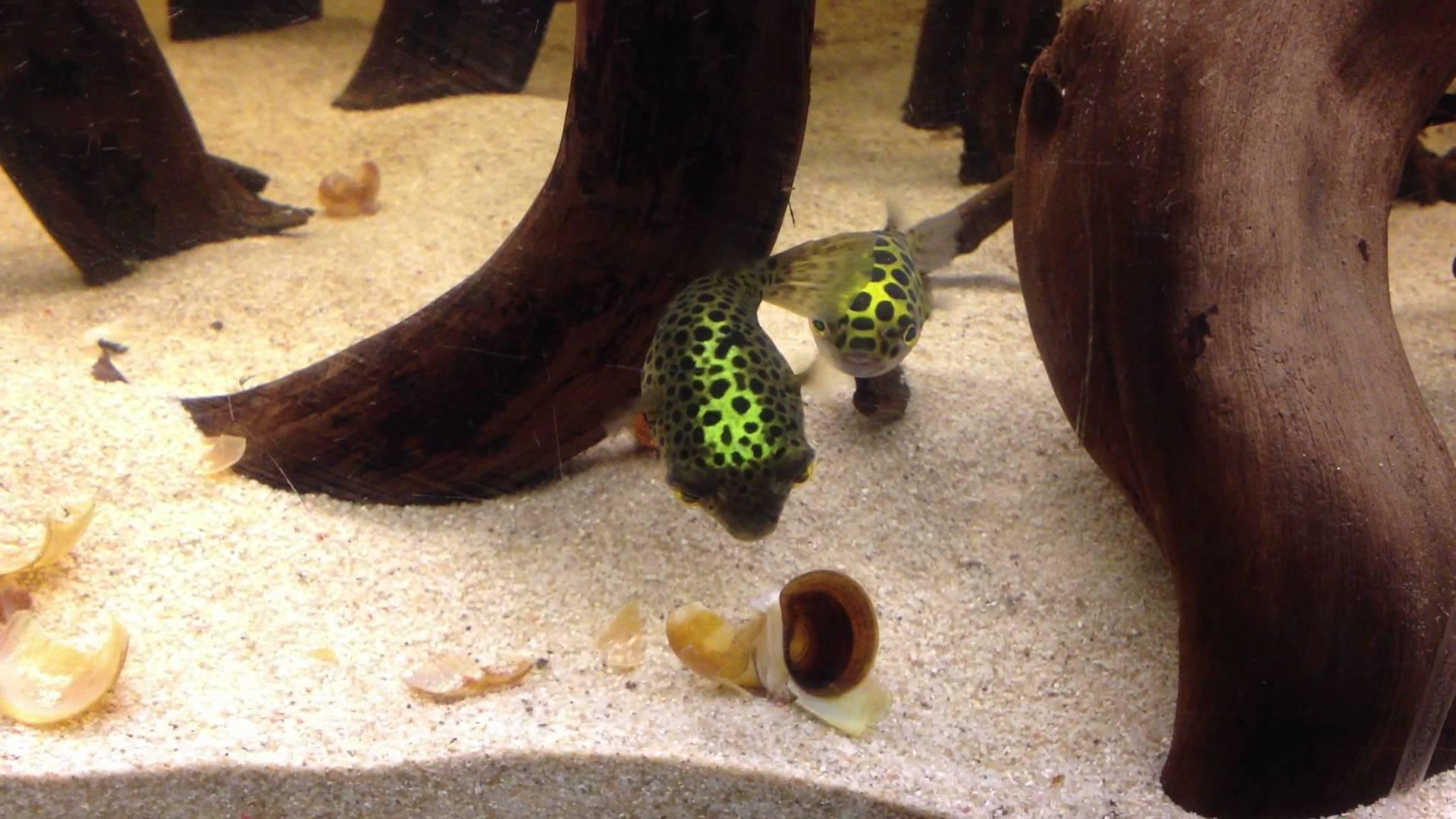 Image: Youtube
1 of 4
Diet of the Green Spotted Puffer
Back to top