What Do Rats Eat in The Wild? - Rat Diet

Because rats are often associated with the transmission of various diseases, they are unfortunately not particularly popular. Contrary to what many believe, rats are excellent pets and companions to have. So, if you’ve just adopted a rat as a companion animal and are wondering about their feeding, this article is for you!

For more about what do rats eat, be them domestic or wild, keep reading here at AnimalWised. In addition, we’ll be including some fun rat facts to keep you up-to-date about all things rat-related.

You may also be interested in: What do Pigeons Eat? - Pigeon And Dove diet
Contents

Before discussing what rats eat, let’s take a look at some types of rats that exist in the world. Rats belong to the genus Rattus, a division of the Muridae family, which also includes mice. But, ‘‘Where do rats come from?’’ It is believed that the rat species origin dates back to contained Asia, although today, they are distributed throughout almost all of the world (except for Polar regions).

In the past, rats were considered wild animals that made up part of the abundant fauna of fields and vegetation. However, with the growth and evolution of humans and space, these rodents are now abundant in cities as well as fauna. Additionally, rats are also now considered a great companion animal, like mice!

In total, there are more than 20 different types of rat species in the world. The most common rat types include:

Rattus norvegicus is also known as the common rat, sewer rat, Norwegian rat, Parisian rat and/or street rat. The brown rat is considered the most abundant of rat species in urban environments and is characterized for its brown coat, short tail and small ears.

This species is known for being more aggressive than other rat types. In the wild, these rats prefer to live near slopes and rivers, and are also considered excellent swimmers.

Rattus rattus, also referred to as a house rat, roof rat or ship rat, is very similar to a mouse but larger. The black rat is characterized for its black fur and distinctively long tail. This rat species prefer to live in elevated areas, such as roots and attics.

Both of the above rat species are commonly adopted as pets, and make up part of the list of types of domestic rats. For more about what these rats eat, keep reading below!

Where do rats live?

A rat’s preferred environment will depend largely on the species. Rats are nocturnal animals, so you may not actually see them often. You can find rats in the garden, rats in the house, etc. A commonly asked question which many wonder is, ‘‘Where do rats hide?’’ Again, this will depend on whether or not it is an urban or rural rat. Generally, rats hide in rat nests. If you’re dealing with a rat in the garden, you can assume that it is hiding in a burrow. Because rats have flexible skeletons, they are able to move into tiny spaces, including, cracks in the wall and holes.

Have you just adopted a rat? For more, we suggest reading our article where we discuss everything you need to know about rats as pets.

What do rats eat?

In the wild, rats do not reject carrion and can even resort to cannibalism when desperate. This ability to adapt their eating habits is an incredibly important part of their survival among different environments, which is why they are also able to also live in cities. So, what do city rats eat? City or sewer rats eat all kinds of waste found in drains, rubbish dumps and sewers.

Water intake is also extremely important for all rodents. Generally, rats set up their nests near any any found water source. For this reason, rats also tend to drink poor quality water, which would be considered contaminated by human standard.

What do rats eat in the garden?

Is your garden full of fruits, vegetable and delicious plants? This could be the reasons for the presence of rats in your garden.

For more, you may also be interested in our article where we list 10 rat diseases transferred to humans.

What do rats eat in your house?

So, what do rats eat in the house? Well, if we’re talking about pet rats, they require feed suitable for rats, necessary to provide them with the appropriate nutrients.

We recommend offering your pet rat homemade rat food daily. This diet should include varied proteins and meats, such as:

In addition, a domestic rat’s diet should also include foods of plant origin, such as:

Grains, such as rice and corn, are only recommended sporadically. Additionally, water must be available at all times and make sure to change it daily for freshness.

It is important to note that rats do not have the ability to expel food in the case of intoxication. Therefore, it is essential to be very careful when feeding your rat homemade food. For any doubts or questions, we recommend consulting your veterinarian for adequate diet information.

How to feed rats

Now that you know what rats eat, let’s analyze how to feed a rat. When feeding your rat, you should consider:

As for the proportions of a rat’s diet, it should be based, predominantly, on seeds, fruits and vegetables. We suggest only offering your rat animal protein once or twice a week.

Because rats eat several times a day, we recommend leaving a seed mix in the cage for your rat to nibble on. If you leave your rat fruit and vegetables exposed for too long, it can become contaminated.

Most importantly, don’t forget the importance of changing your rat’s water regularly!

What do baby rats eat?

As mammals, baby rats first feed on their mother’s breast milk until approximately 21 days of age, at which point they begin to eat solid food. If you have found an orphaned baby rat and are wondering what to feed it, we suggest consulting a veterinarian who can offer you a special milk preparation appropriate for baby rats. You should never offer a baby rat cow's milk!

Difference between rats and mice

It’s very easy to confuse rats with mice, but although they are both part of the Muridae family, they are a different species. The most common differences between rats and mice include:

What do mice eat?

In the wild, mice follow a herbivorous diet and feed on fruits, leaves, stems, seeds, cereals, mushrooms, among others. Over time, mice in cities and urban environments have become accustomed to ingesting a broad spectrum of human waste and can be follow an omnivorous diet.

When it comes to feeding a domestic mouse, you can offer it a commercial mouse feed, small amounts of clean and fresh fruit and vegetable (remove skin and seeds) and some pulses. Make sure your mice have access to clean and fresh water.

For more, we recommend reading our article where we discuss the differences between rats and mice.

Rats can generally eat cheese, however, due to the fact that cheese is a very fatty food, we don’t recommend feeding your rat too much cheese. Offering your rat a little cube of cheese as a treat, now and then, is alright. But this consumption needs to be controlled.

If you want to read similar articles to What Do Rats Eat in The Wild? - Rat Diet, we recommend you visit our Healthy diets category.

What Can I Feed My Pet Rat?
What do Toads Eat in The Wild? - Toad Tadpoles And Adults
What do Starfish Eat? - Starfish Diet
What Do Cats Eat? - Guide to Cat Nutrition
Related categories
Diets to gain weightHomemade dietsDiets to lose weightLactationDiet problems
Most read
1.
Why Does My Dog Only Eat Once a Day?
2.
Tortoise Food List - What They Can and Can't Eat
3.
What is the Best Diet for a German Shepherd Puppy?
4.
How Much Food Should I Feed My Cat?
5.
How Much Food Should You Give Your Dog?
6.
What to Feed a 1 Month Old Kitten - Bottle Feeding and Amount
7.
How to Cook Chicken for Cats
8.
A Homemade Diet for Dogs with Kidney Failure
A Penguin's Diet: What Do Penguins Eat?
What do hamsters eat?
What Do Zebras Eat?
What Do Kangaroos Eat?
What Do Lovebirds Eat?
What Do Killer Whales Eat?
What Do Sloths Eat?
What Do Raccoons Like to Eat?

1 comment
Rating:
karen button
12/02/2021
I was very interested in this article and it gave me the information I needed. 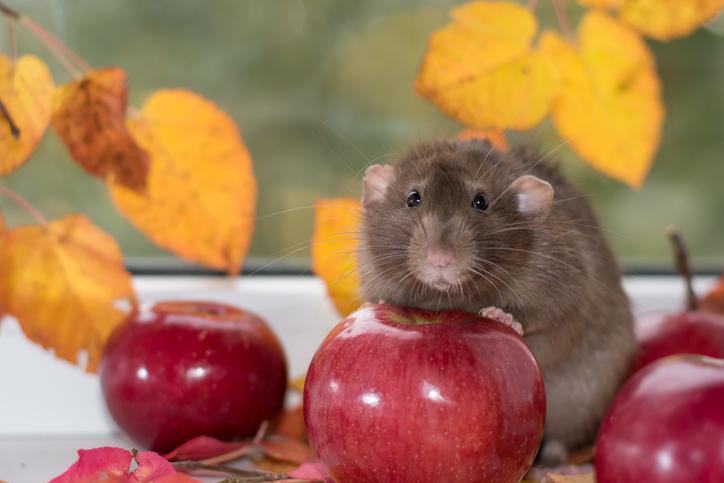 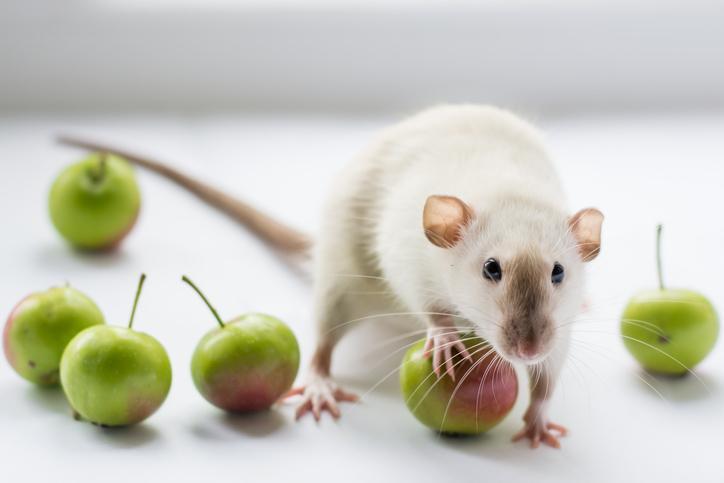 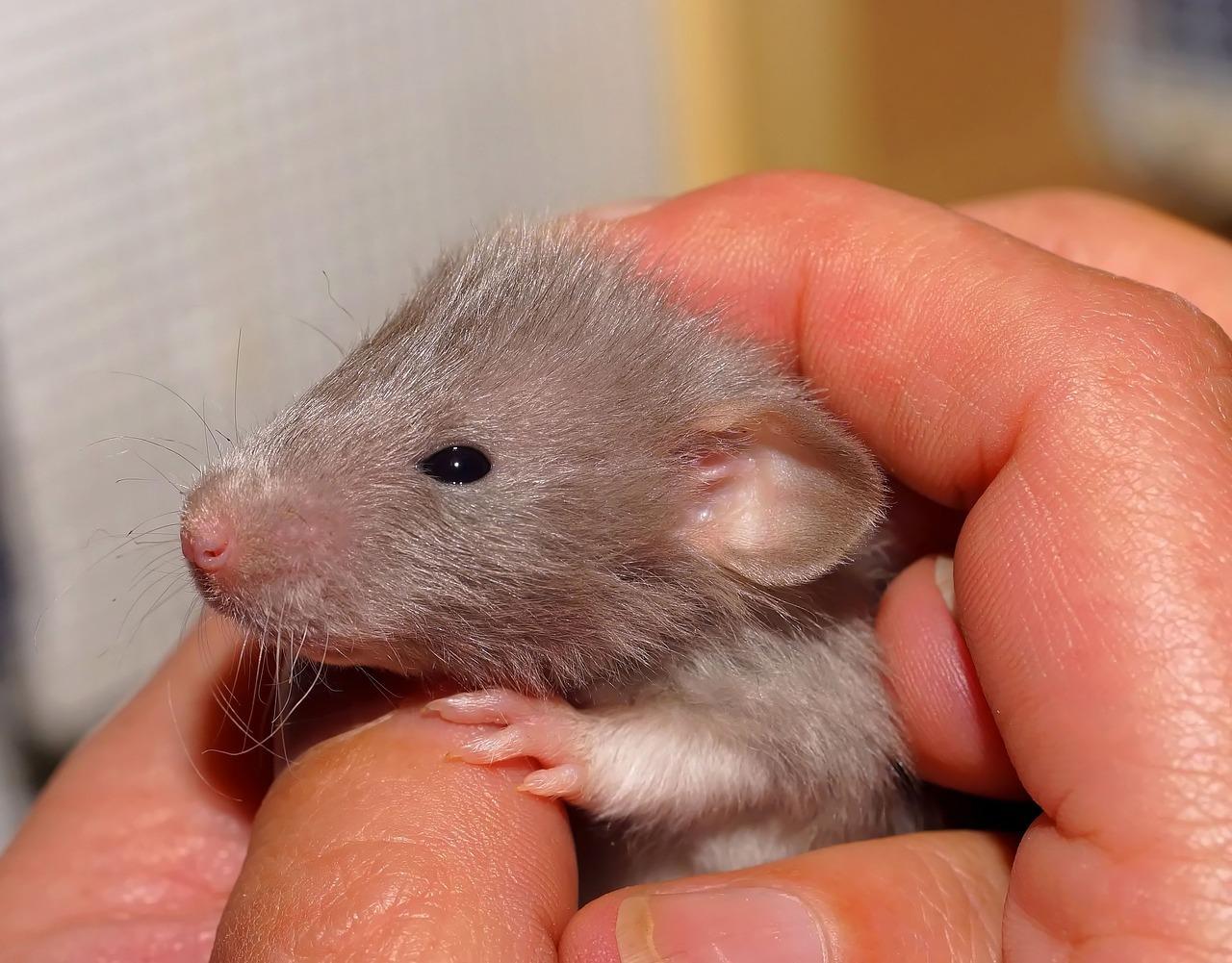