Dietary Habits of the Whale Shark

The whale shark is a very peculiar animal that arises many questions. One of the most common doubts about this species, of course, is whether it is a shark or a whale. If that's what you were wondering, here is your answer: The whale shark is, without a doubt, a shark - that is, a fish and not a mammal.

Whale sharks have the physiology of any other fish; the name of the species answers to their huge size. A whale shark can grow to 12.5 meters (41.5 feet) in length and weigh more than 20 tonnes. Whale sharks inhabit oceans and seas near the tropics. They need a warm habitat, and they live approximately 700 meters (2300 feet) deep underwater, although they can dive further below.

If you want to know more about this remarkable species, this AnimalWised article will talk about a whale shark's diet.

You may also be interested in: Dietary Habits of the Blue Whale
Contents

Whale sharks have a large mouth, so much so that their oral cavity can measure approximately 1.5 meters wide (4'11''). Their jaw is very strong and robust, and inside there are multiple rows of many small, sharp teeth.

However, whale sharks eat their food in a similar way to baleen whales such as the blue whale, as their many teeth do not play an important role in their diet.

Whale sharks suck a large amount of water and food close to their mouth. The water is then filtered through their gills and expelled. Meanwhile, all food exceeding 3 mm (0.1 in) in diameter is trapped in their mouth and is then swallowed.

What do whale sharks eat?

A whale shark's mouth is so big it could fit a seal inside. Nevertheless, this species of fish feeds on smaller forms of life, in particular krill, phytoplankton and algae. It can also consume small crustaceans such as squid and crab larvae as well as small fish such as sardines, mackerel, tuna and anchovies.

Each day, whale sharks consume an amount of food equal to 2% of their body mass. However, they can also spend some periods of time without eating, because they have an energy reserve system.

How do whale sharks hunt?

Whale sharks locate their food through olfactory cues. This is partly due to the poor location and small size of their eyes.

To eat their food, whale sharks move to a vertical position, keeping their mouth close to the surface. Instead of constantly ingesting water, they are capable of pumping it through their gills and filtering the food, as mentioned above.

The whale shark, a vulnerable species

According to the IUCN (International Union for the Conservation of Nature), the whale shark is an endangered species at risk of extinction. This is why the fishing and sale of this species is prohibited and punishable by law.

If you want to read similar articles to Dietary Habits of the Whale Shark, we recommend you visit our Healthy diets category.

Dietary Habits of the Whale Shark 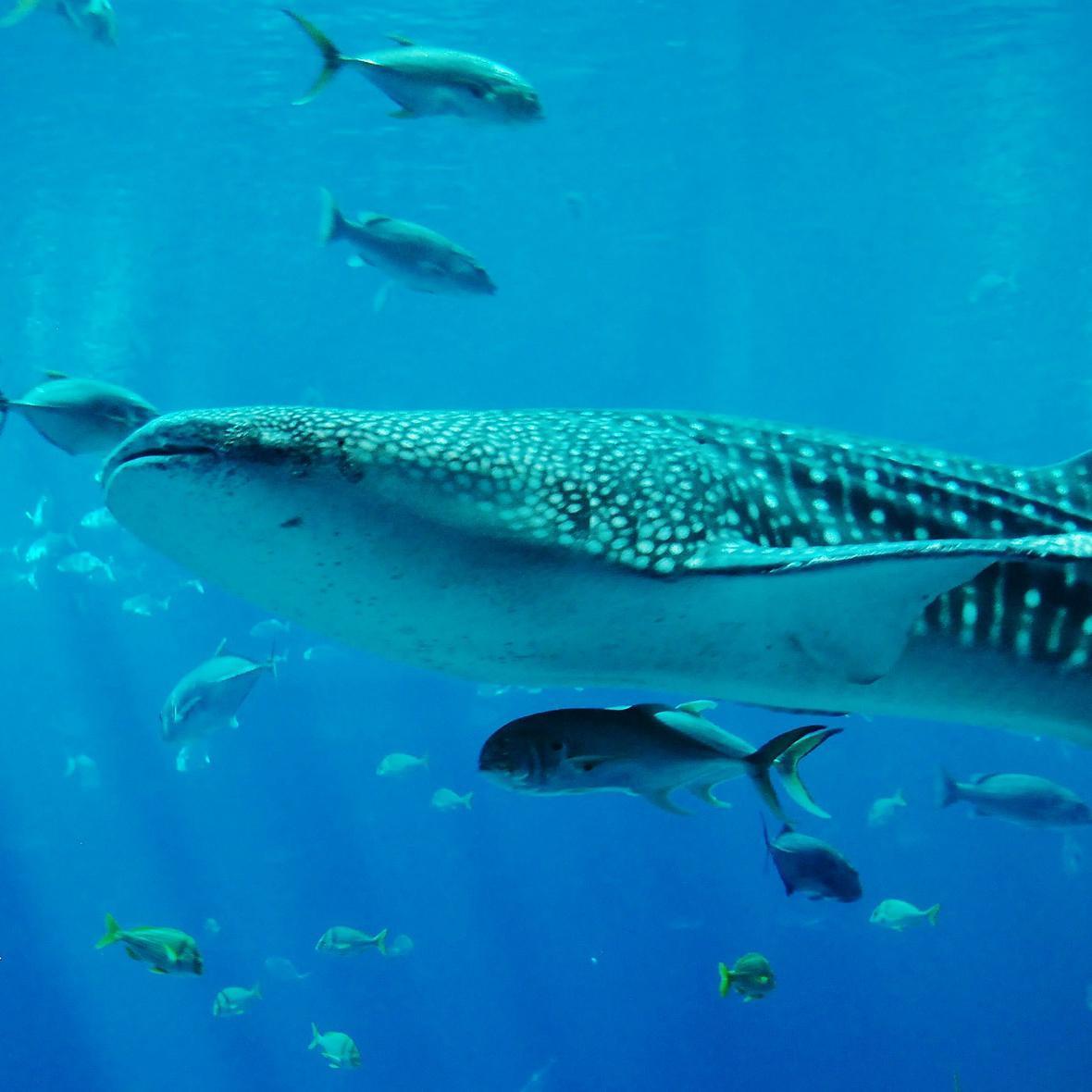 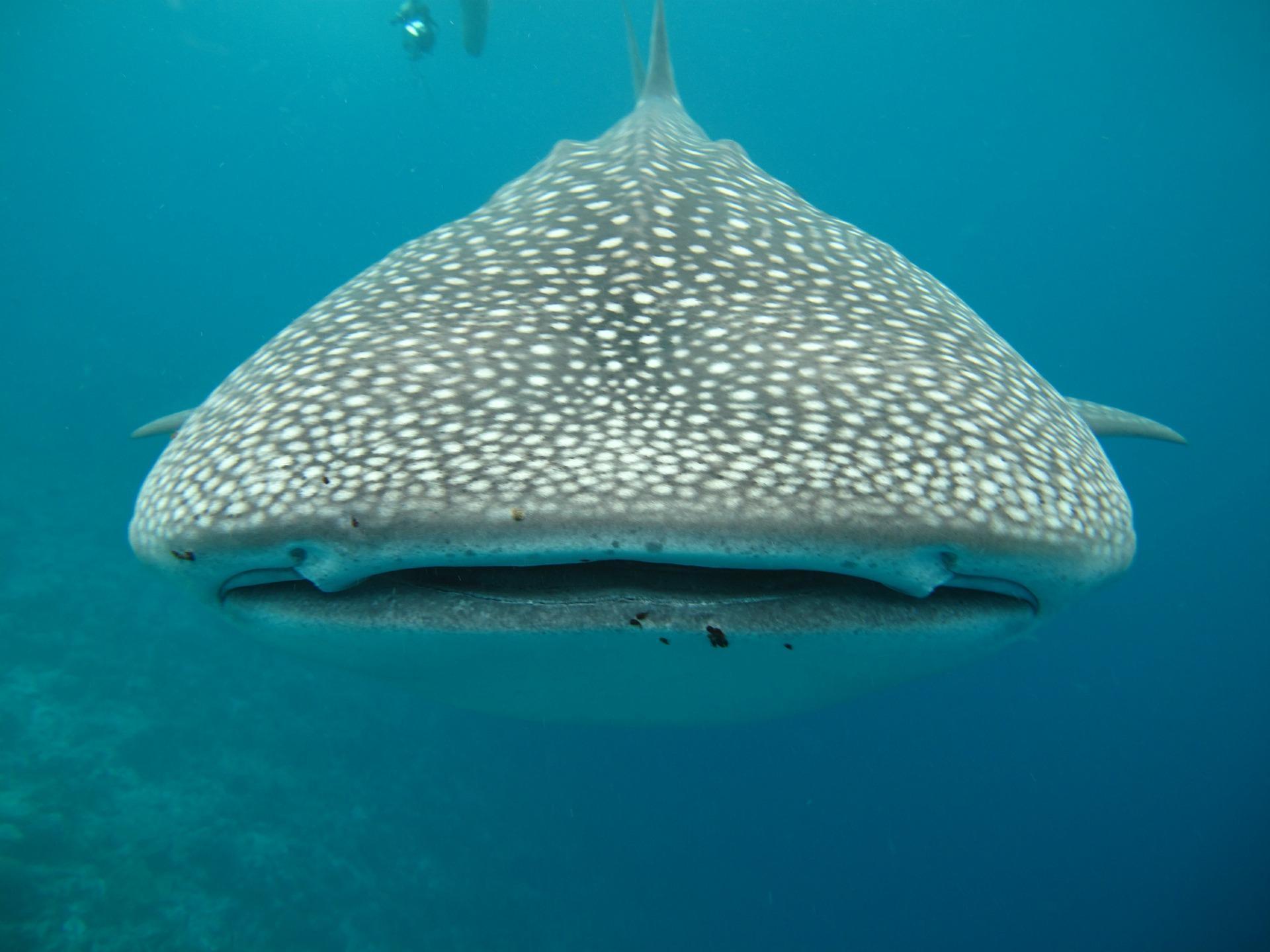 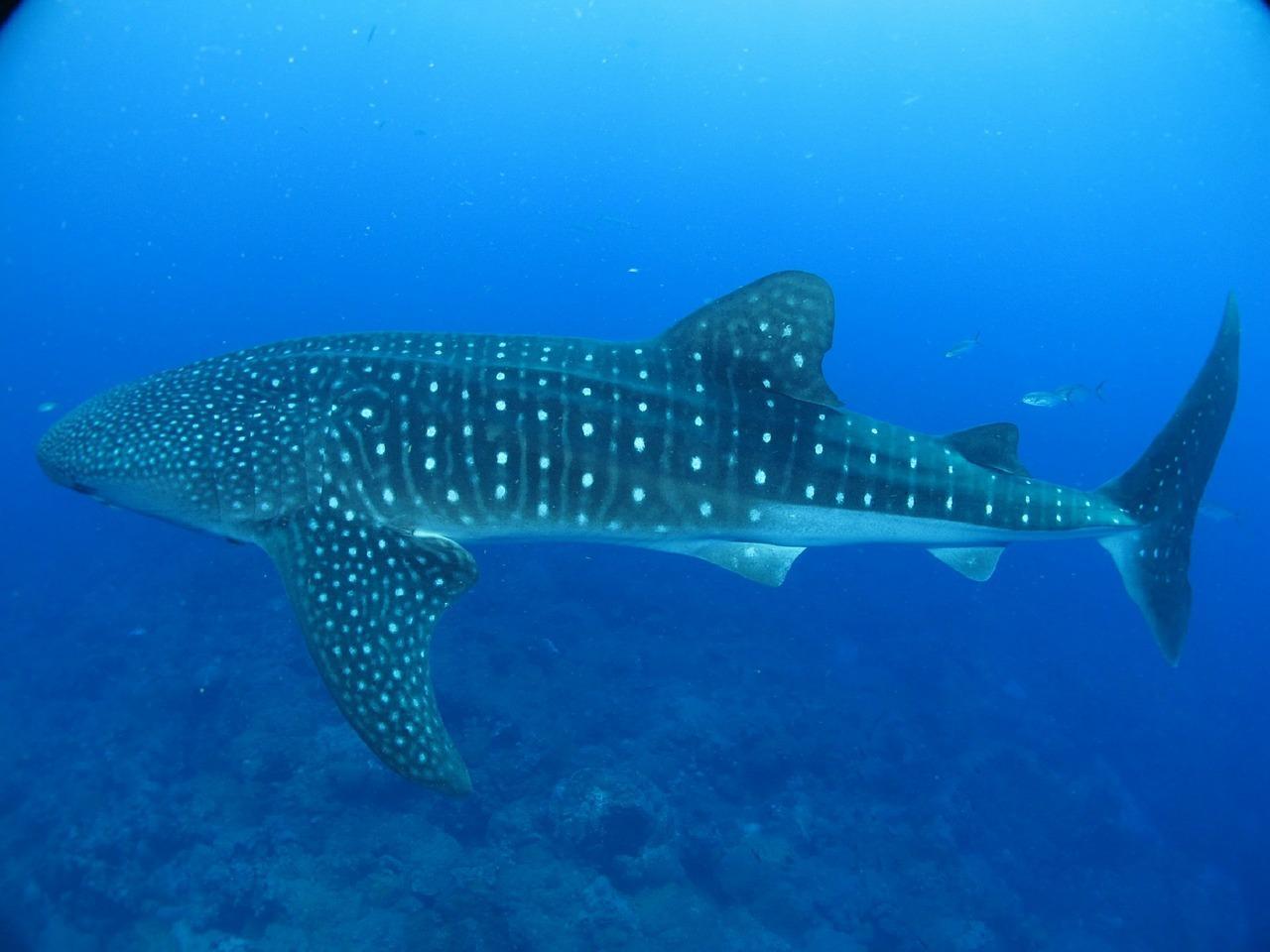 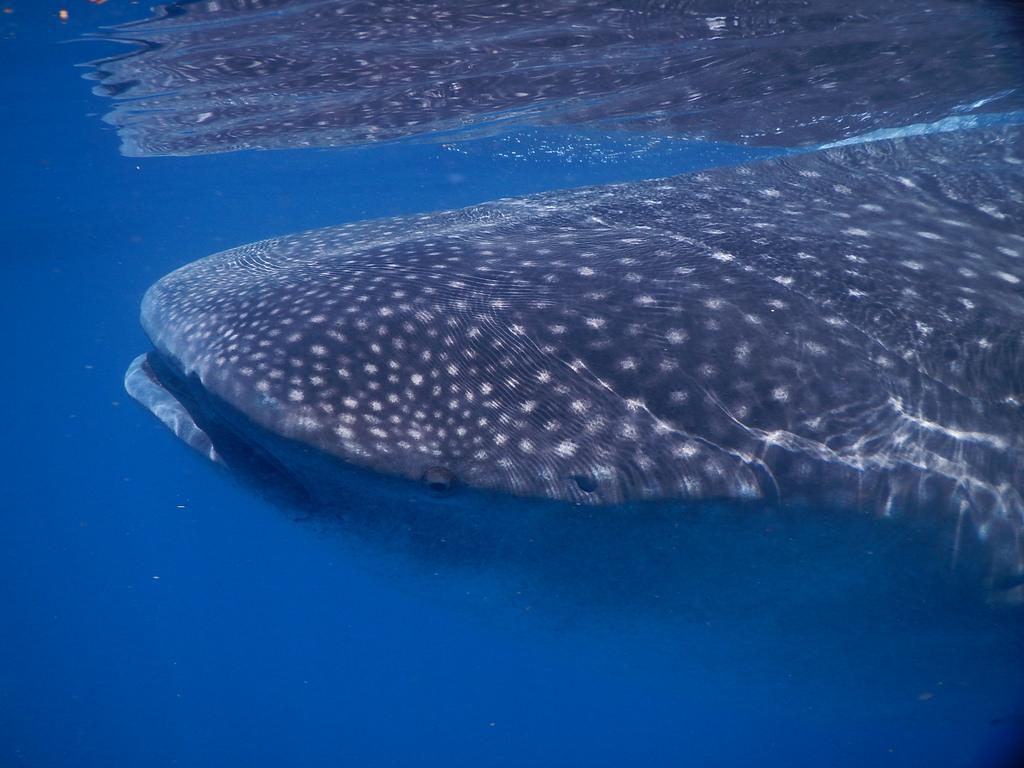 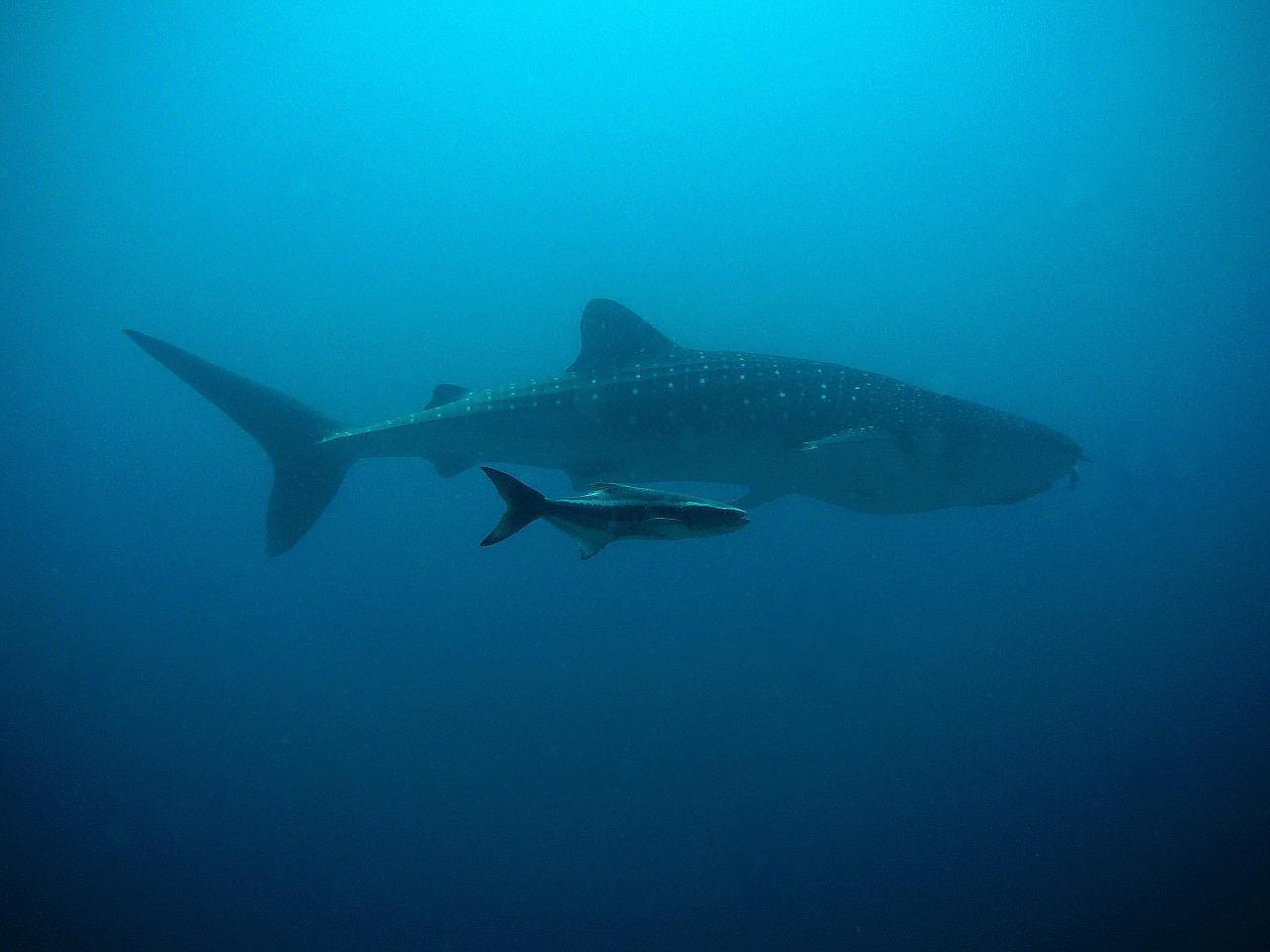