Differences Between Coyote and Wolf

By Nick A. Romero, Biologist and environmental educator. November 1, 2022

Canids are a very diverse family of carnivorous mammals, with about 34 species. Most of them have a very similar body structure as well as specific characteristics such as a highly developed sense of smell and hearing, which are crucial for their survival. Because coyotes and wolves are closely related and belong to the same genus, distinguishing the two species sometimes causes confusion.

The following AnimalWised article explains the differences between coyotes and wolves, as well as their main characteristics.

You may also be interested in: Differences Between Wolves and Dogs
Contents

Physical differences between the coyote and the wolf

Although the two animals look very similar at first glance, they are in fact very different. Below, we list their main physical characteristics as well as the differences between them.

Physical characteristics of the coyote

The coyote (Canis latrans) is a species of dog native to North America.

Physical characteristics of the wolf

The wolf (Canis lupus), also known as the gray wolf or grey wolf, is a large canine native to Eurasia and North America.

You may also be interested in this other article, where we explain the differences between wolves and dogs.

Behavioral differences between the coyote and the wolf

Behavioral characteristics of the coyote

Unlike the wolf, the coyote is less likely to form packs. This is probably because the coyote is not a specialized hunter of large prey, as wolves are.

It usually hunts near its den, and depending on the availability of prey, it hunts singly, in pairs, or in family groups. The basic social unit of a coyote pack is a family with one reproductive female. However, unrelated coyotes may band together to hunt prey too large to attack alone. Such packs, however, are only temporary.

Unlike the wolf, the coyote is monogamous, even in areas where food is abundant and coyote densities are high

The coyote is primarily nocturnal, but this does not prevent it from moving about during the day. Although it can dig its own burrow, it prefers to use the burrows of other animals such as badgers and groundhogs, which it enlarges.

Coyotes are both social and solitary animals, so their visual and vocal repertoires are diverse, ranging from those of the solitary fox to those of the highly social wolf.

Behavioral characteristics of the wolf

The gray wolf is a very social animal that always lives in packs, which can consist of up to 30 individuals depending on habitat and prey availability. However, it is more common for a pack to consist of 5 to 9 wolves. Recent studies have shown that cortisol levels in wolves rise significantly when a pack member dies, indicating the presence of stress and thus the importance of these social bonds.

Packs have a fixed social structure in which there is an alpha pair and its offspring. Wolves occasionally accept individuals into their packs that are not part of their family to replace a deceased breeder. The alpha male has the greatest dominance, followed by the alpha female, who is only subordinate to him. Most lone wolves are temporarily alone while they separate from their packs to form their own or join another.

Wolf packs have two annual phases: a stationary one during spring and summer, which coincides with pup rearing, and a nomadic one during fall and winter. Wolf packs are constantly on the move in search of prey, covering about 9% of their territory per day (20 km on average).

If you want to learn more about the genetic relationship between the wolf, the coyote, and the dog, do not miss this other article where we talk about the origins of the domestic dog.

Differences in the diet of the coyote and the wolf

In terms of diet, coyotes and wolves have some things in common. Both are primarily carnivores, although they may also eat fruits and carrion depending on the availability of food.

The main difference between the two is that wolves always hunt in packs and therefore generally feed on much larger prey. While coyotes sometimes hunt in packs, they mostly hunt alone, so they prey on smaller prey.

Diet of the coyote

Coyotes are generalist and extremely versatile predators. They are primarily carnivorous, feeding on any small to medium-sized animal they can catch. They are also large scavengers, much more so than wolves. The diet of the coyote consists primarily of:

Diet of the wolf

The wolf feeds primarily on wild, herbivorous hoofed mammals with a body mass equal to the combined mass of the pack members. The diet of the wolf consists primarily of:

If you want to learn more about wolves, you should not miss the following article, in which we explain in more detail the diet of the gray wolf, as well as its hunting habits.

Differences in the habitat of the coyote and the wolf

Habitat of the coyote

Coyotes are native to North America, from Alaska to Central America. Coyotes are found in countries such as Belize, Canada, Costa Rica, El Salvador, Guatemala, Honduras, Mexico, Nicaragua, Panama, and the United States. There are a variety of habitats where they can be found, including sagebrush steppes, forests, prairies, deserts, oak savannas, alpine meadows, and pine forests.

As humans occupy more and more of their habitat, they are slowly adapting to life in suburbs and cities.

Habitat of the wolf

Wolves are native to Eurasia and North America. However, the wolf's range has been reduced by about a third due to deliberate persecution by humans because of predation and fear of being attacked. Because of this, the wolf is completely extirpated in Ireland, Great Britain, and Japan, as well as much of its range in Western Europe, the United States, and Mexico.

If you want to know more, please read this other article about the habitat of the Eurasian wolf.

If you want to read similar articles to Differences Between Coyote and Wolf, we recommend you visit our Facts about the animal kingdom category.

Differences Between Coyote and Wolf 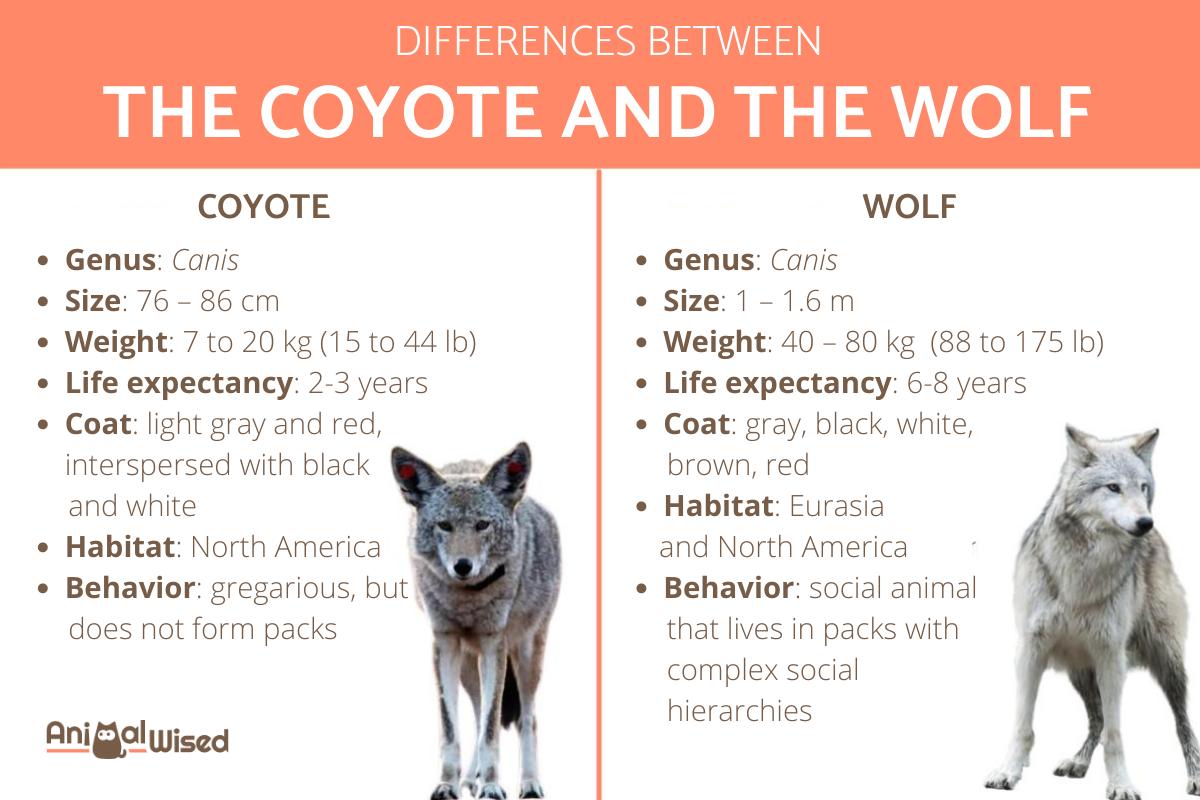 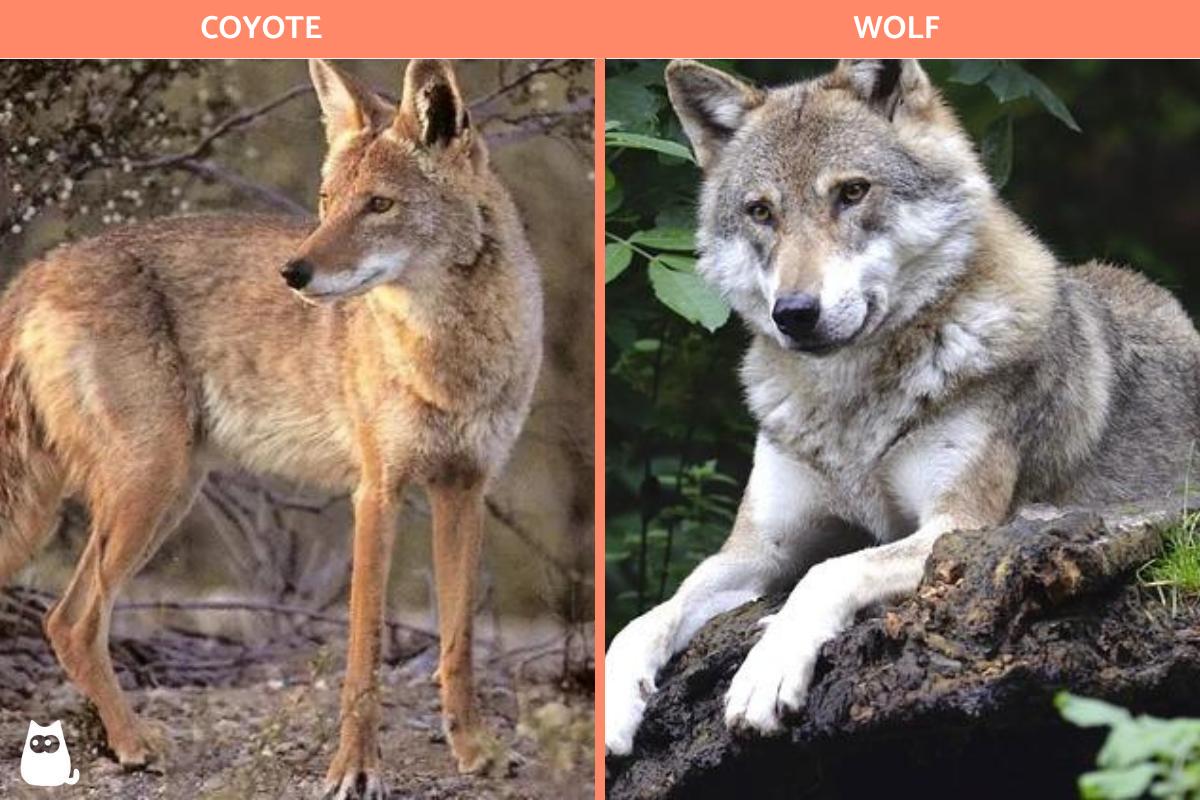 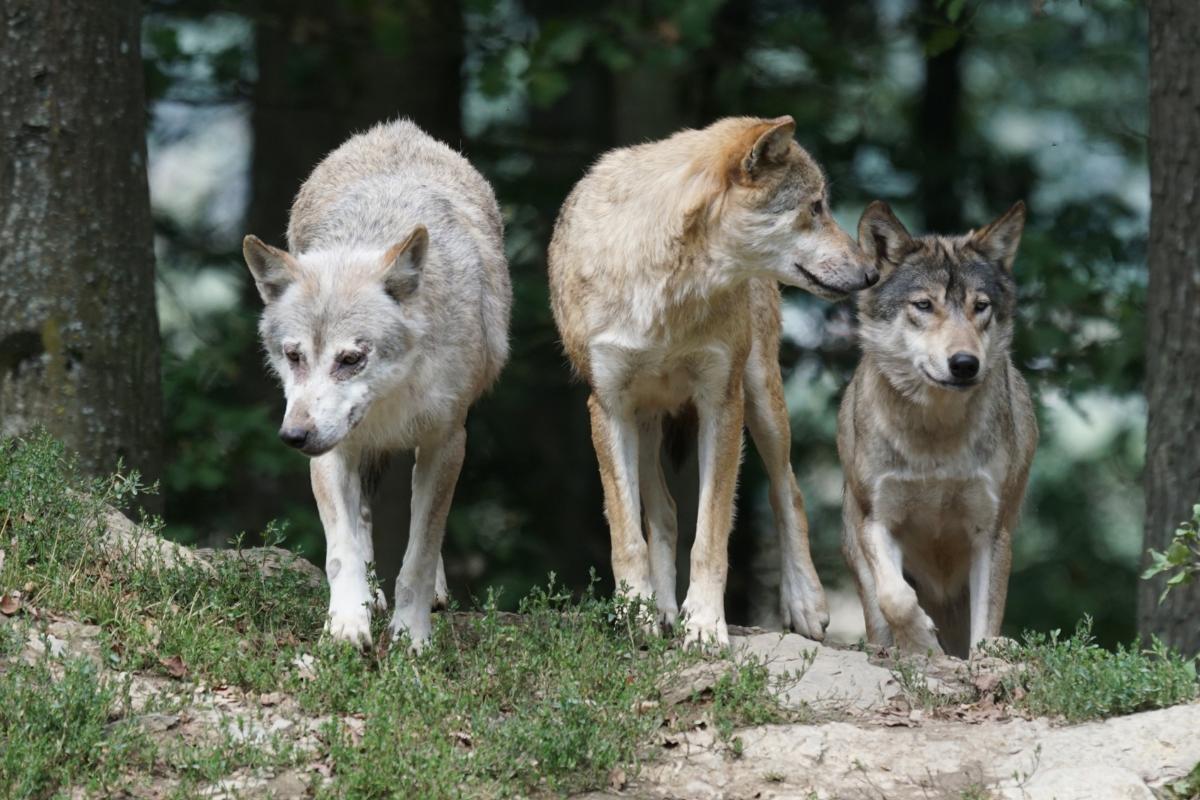 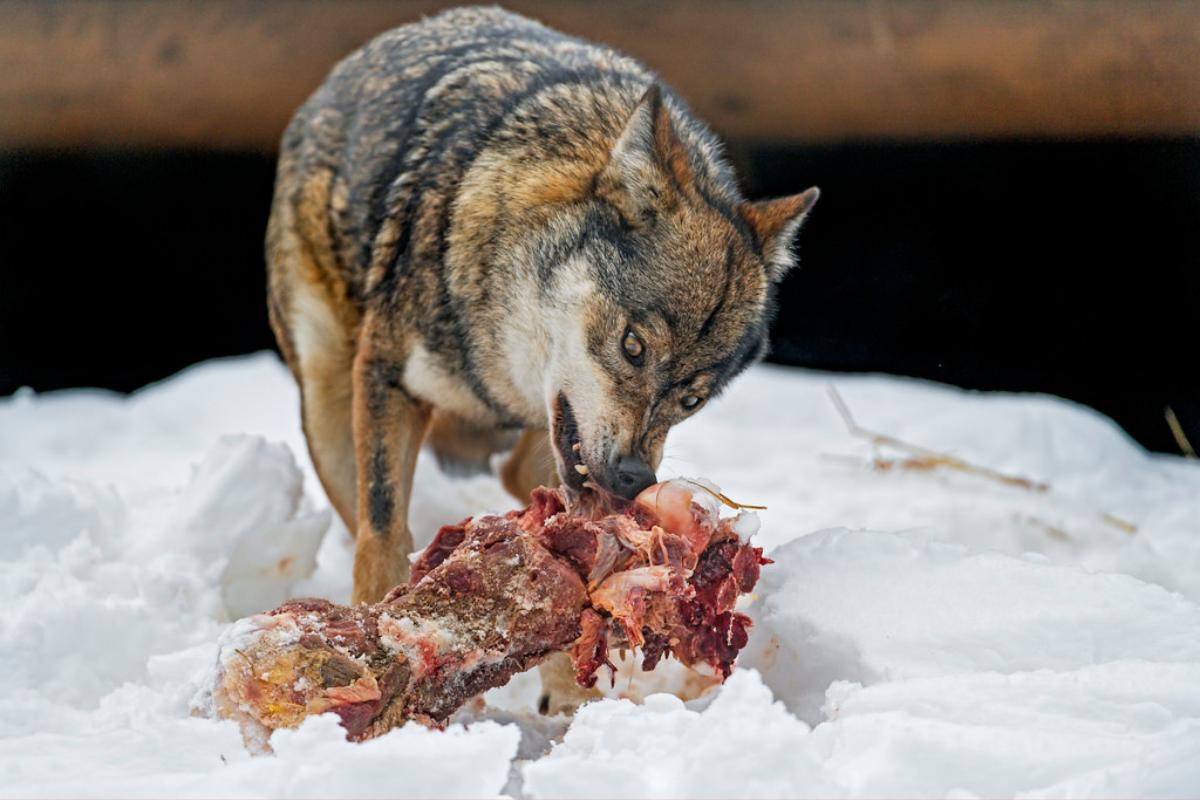 1 of 4
Differences Between Coyote and Wolf
Back to top