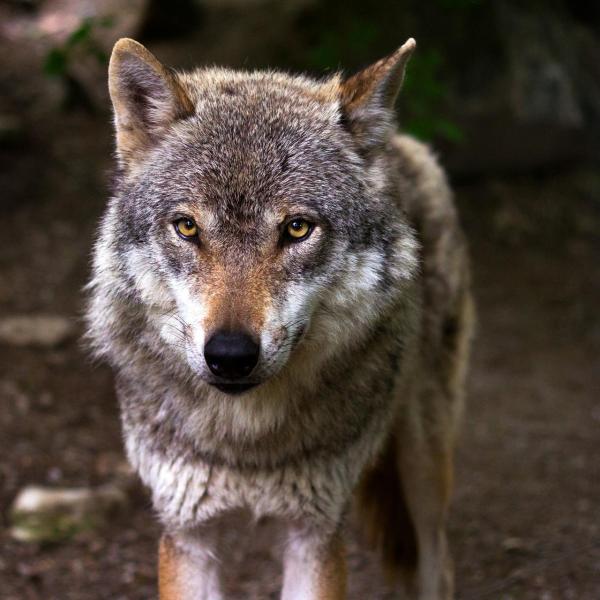 The gray wolf (Canis Lupus), much like its close relative the domestic dog, is a predatory carnivorous mammal, although not exclusively so. Gray wolves are controversial animals; their wild beauty and power has fascinated humans for centuries, but they have been a major threat - and many people still consider them to be so.

Gray wolves are called "habitat generalists", as they are extremely adaptable and can inhabit different ecosystems from snowy tundras to deserts and thus hunt different animals as prey. Gray wolves can be found across Eurasia and North America, although nowadays their range is becoming smaller.

Do you want to know more about a gray wolf's diet and hunting habits? Stay with us at AnimalWised and read on!

You may also be interested in: A Polar Bear's Diet
Contents

Before going into the gray wolf's diet, we should offer a general overview of its physical characteristics and main traits. There is much more to wolves than their being large, hunting dogs!

Gray wolves are large mammals; in fact, they are the largest canid in the world, as they are bigger than jackals, hyenas, dingoes and the largest domestic dogs. Their size varies greatly according to their habitat: Wolves in cold climates tend to be bigger. Gray wolves are usually between 1 and 1.7 m (3'3'' to 5'7'') long and up to 90 cm (2'11'') tall. A medium-sized gray wolf weighs around 40 kg (88 lb).

Their coat has two layers. The outer layer is more resilient and sturdy and serves to protect the inner layer, which is thinner and bushier; the texture of a gray wolf's double coat is similar to that of a Husky's. Its mission is to protect the wolf from the cold and rain. Gray wolves are not, in fact, completely gray. They usually have a combination of black and white hair, but they can be wholly white, wholly black, or show red, brown, ocher and cream shades.

A gray wolf's nose is powerful, although not as much as that of some dog breeds. Their olfactory ability, coupled with their powerful night vision, allows wolves to hunt at night. Their night vision is down to a special layer behind the retina of their eyes. Dogs have the same trait; learn more about canids' vision in our article "Can dogs see in color?"

The blood in the paws of gray wolves also has a special function, as it regulates the animal's body temperature and prevents ice from forming spurs on its paws. Another interesting wolf trait is that at the base of their tail they have a gland that produces a distinctive and unique scent for each specimen. This way, gray wolves can easily identify each other, as is the case with dogs.

Gray wolves usually live for 8 to 12 years. They live in packs of 5 to 10 wolves, usually from the same family, although bigger packs have been recorded. Wolves establish pairs with a single mate, and they breed once a year, usually in the winter. The alpha pair reinforce their dominance over the subordinate wolves, ensuring their right to mate; they usually have 5 pups, who are cared for by the whole pack. Sometimes, other pairs mate as well, producing two or more litters.

Subspecies and types of wolves

Wolves, or Canis lupus, include many different subspecies:

The dingo (C. l. dingo) and the domestic dog (C. l. familiaris) are also technically subspecies of the gray wolf.

What do gray wolves eat?

As mentioned earlier, gray wolves are mostly carnivorous and feed on other animals, usually weak or vulnerable specimens of medium to large species. Animals that eat other animals who are larger than them are called "hypercarnivores".

Among the common prey of gray wolves we find:

A gray wolf's diet depends heavily on the habitat it lives in; as we said above, wolves are very adaptable animals. Wolves that live near the coast may prey on seals, and in Alaska and Canada wolves have been known to eat salmon. Occasionally, wolves forced to hunt smaller prey, like birds or rodents; in extreme cases, they may also eat snakes or lizards.

Although gray wolves usually travel in packs, there are cases of wolves traveling alone or in pairs: This can happen for different reasons, and they may simply haven't been able to start their own pack yet. Lone wolves can be even more successful at hunting large prey than noisier packs.

In habitats with high human presence, gray wolves may hunt livestock - which explains their bad reputation with farmers - and even search among the garbage. When the climate is harsh and there is no food available, there can be cases of cannibalism; the pack will attack and eat its weakest wolf.

How much do wolves eat?

Getting enough food for a pack is complicated, and hunting requires everyone's collaboration. When gray wolves hunt, they eat the whole prey and leave only the skin, skull and largest bones.

An adult gray wolf usually eats a kilo and a half of meat per day. In order to successfully reproduce, this amount should reach 3 kg. A hungry gray wolf could eat up to 10 kg of meat in one sitting; however, this is when the animal is getting ready to go several days without eating.

In large packs, some wolves go hunting while others take care of the pups, if there are any. Wolves use their vision and hearing to locate prey; bigger animals are easier to find. If they catch an animal's scent, they will stand to attention and alert each other of the prey, sometimes with ritual gestures and special body language.

The gray wolves get closer to the prey as discreetly and silently as they can, hurrying as they approach it. Standing animals do not tempt wolves as much as running animals, who trigger the pack's prey drive. The wolves will chase the prey until it gets separated from the group, when they will finally kill it.

It the chase is longer than 2 km (1.3 mi), the wolves will probably let the prey go, as it won't be seen as worth it. If the hunt is successful, though, most of the meat will go to the alpha pair, who require the energy to breed. Then is the turn of the rest of the pack, who often tear their portion off and find a quieter place to eat.

If you love wolves and wild dogs, you might be interested in our articles on Dingoes as pets and All about the wolves in Game of Thrones.

Do you know anything we've missed about a gray wolf's diet and hunting habits? Tell us in the comments section!

If you want to read similar articles to A Gray Wolf's Diet and Hunting Habits, we recommend you visit our Healthy diets category.

2 comments
Jayla
21/05/2019
Hyenas are not canids. They are in the family Hyaenidae with all species within it being the different subspecies of Hyenas. Hyenas are also in Feliform suborder of Carnivora with cats and cat-like animals.
Rating:
Jeff
25/01/2019
There is a mistake you have written onlythe as 1 word

Administrador AnimalWised
25/01/2019
Thanks for pointing this out Jeff, it's fixed now!
A Gray Wolf's Diet and Hunting Habits 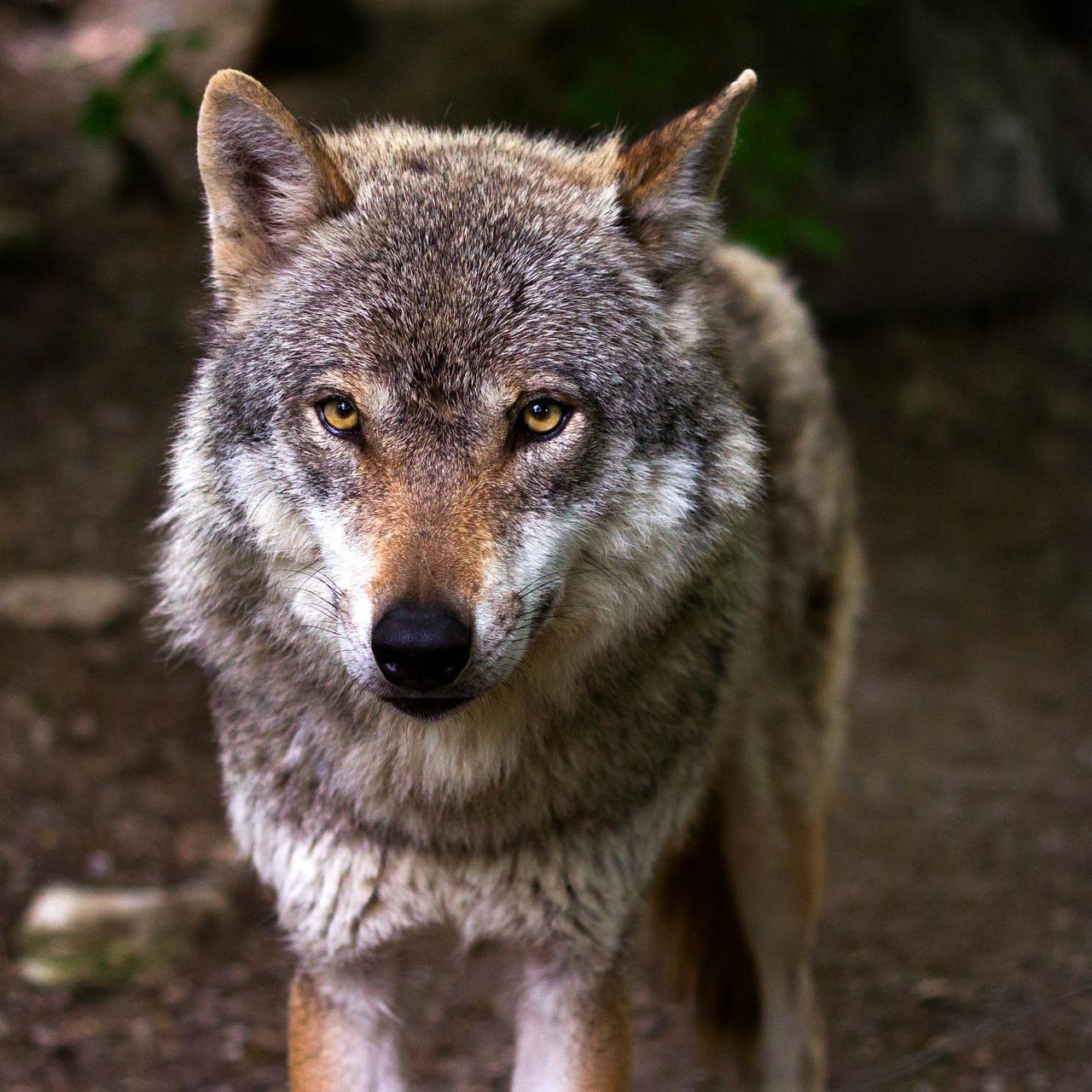 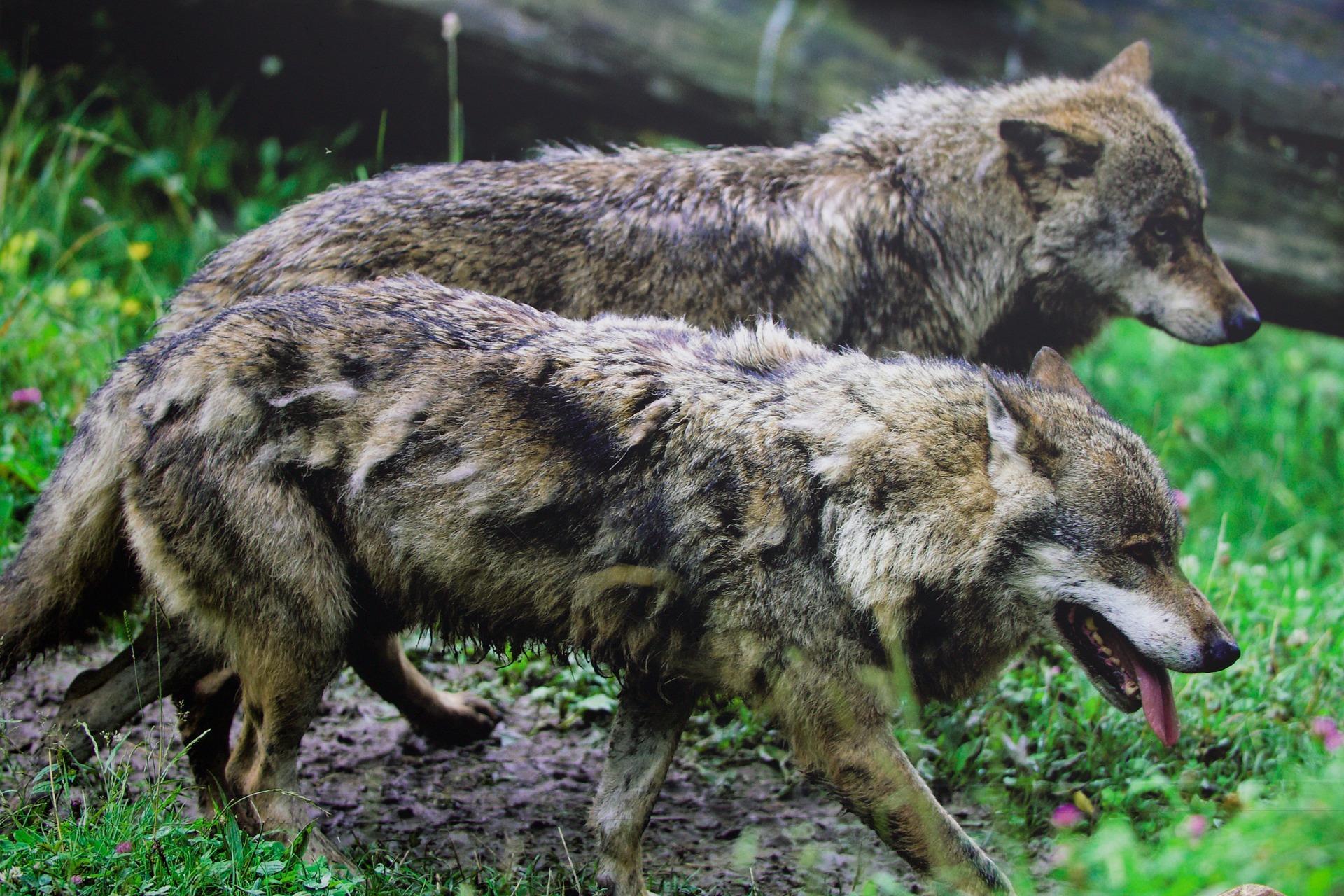 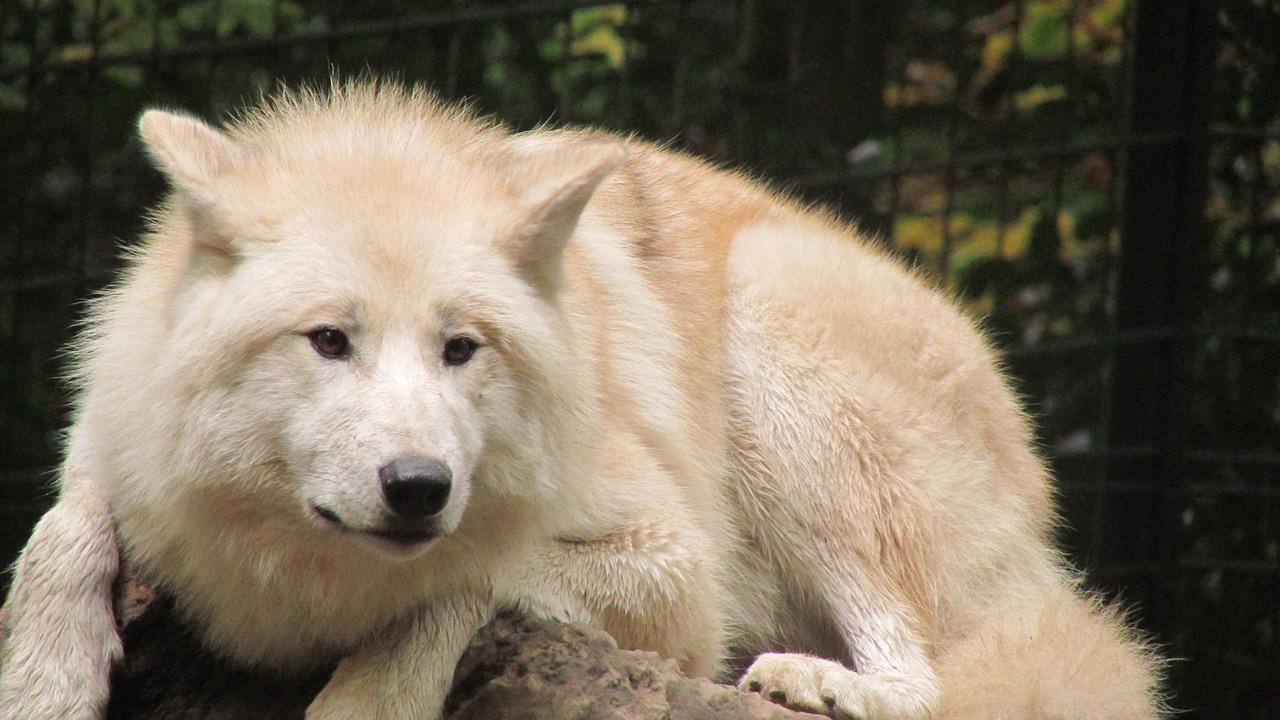 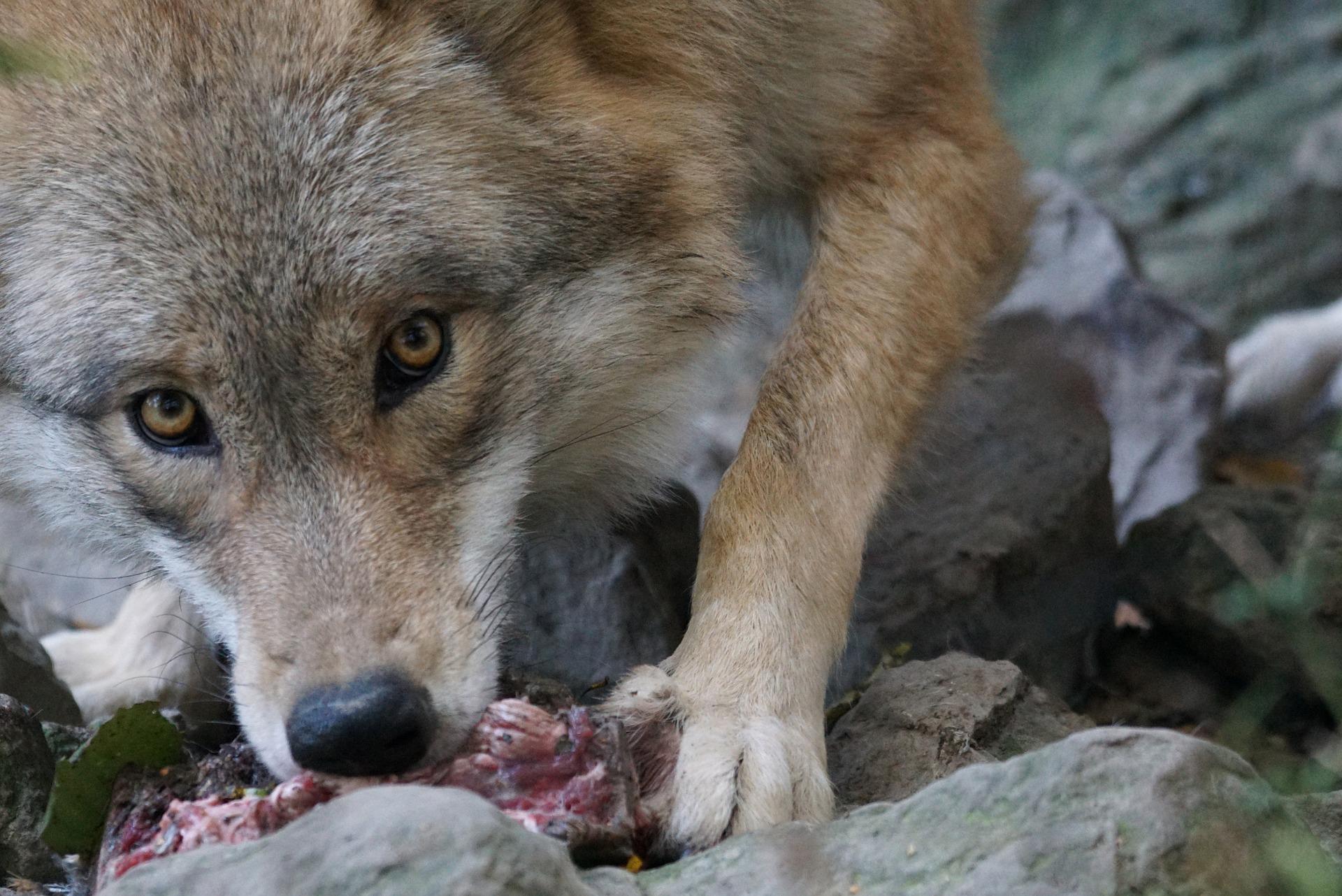 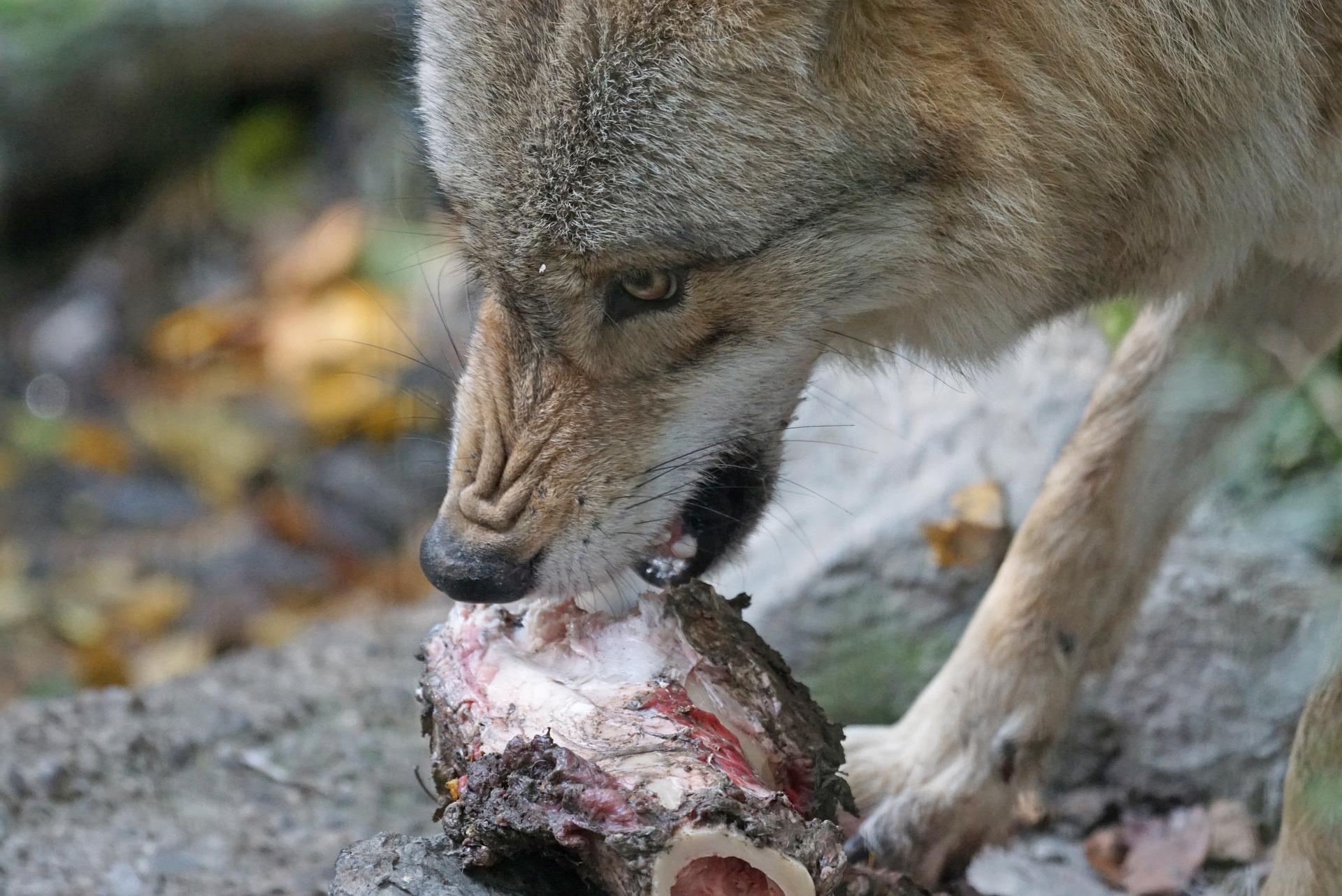