By Nick A. Romero, Biologist and environmental educator. November 8, 2021

Some of us may not be aware there are different types of manatees. These often elusive creatures have a certain otherworldly mystique which has led to them having an almost mythological reputation. Although they may have one time been confused with mermaids, manatees are aquatic mammals which have been categorized and studied for many years. While there is always more research to be done, we know a lot of about manatees as animals, including the fact there are different species of manatee.

AnimalWised provides a list of the different types of manatees. We explain what characteristics set them apart and provide information on their habitat and behaviors, including feeding and reproduction.

You may also be interested in: Different Types of Leopards
Contents

Manatees are in the order Sirenia, a group commonly referred to as sea-cows. The nickname for sirenians comes from their large size and docile demeanor, as if a cow had been given fins and transported to certain waterways. While there are different types of manatee species, there are some characteristics which they share:

We know manatees belong to the order Sirenia and are specific to the genus Trichechus. Within this genus, three species of manatte are recognized. They are:

Where do different types of manatees live?

All the different types of manatee species are exclusively aquatic mammals. They can live in both fresh and saltwater environments. Depending on the individual species, these mammals are distributed throughout different regions of the world. The West Indian manatee has a distribution area which ranges along the coasts of the Atlantic Ocean from North America to Brazil. They have a more populous presence along the coastline of the Caribbean sea.

In regards to manatee subspecies, the Florida manatee's habitat is restricted to this region of North America. However, during the warmer months, it has been known to travel temporarily to neighboring states, as temperatures will allow. The Caribbean manatee is distributed from the Bahamas to the Brazilian coats, but also has populations in the Gulf of Mexico and parts of the Caribbean Sea.

As their name implies, the Amazonian manatee is endemic to the Amazon basin. Their distribution is mainly throughout the north of South America, specifically in rivers systems of Colombia, Ecuador, Peru and Brazil. The African manatee is present on the coats of African countries ranging from Senegal to parts of Angola. In addition to inhabiting coastlines, they can also be found in estuaries and rivers adjacent to them.

Manatees can be present in both fresh water and saltwater environments. This is not limited to seas and rivers, but includes mangroves, estuaries, channels streams and other bodies of water with differences in their salinity. What does bind these habitats is their temperature range which must be below 20 ºC/68 ºF. Changes in water temperature is one of the common reasons why a manatee will change from one area to another, especially as seasons change.

What does the manatee eat?

Manatee diet varies by species. The West Indian and Amazonian manatees live on an exclusively herbivorous diet, while the African manatee will include some small fish and mollusks in their diet. For this reason, the latter is considered an omnivorous animal.

Manatees feed on a variety of aquatic plants and algae. Their use the lips on the tip of their snout to obtain food. They use these lips to grasps branches or to scoop up algae. Since their bodies are so large, they need to eat a lot to sustain themselves. For this reason, they spend much of their time feeding.

Although they can generally reproduce at an earlier age, they are not considered sexually mature until females are 7 years old and males are 9 years old. Manatee reproduction can occur at any time of year, but the African manatee species have calving peaks in late spring or early summer.

When a female is in heat, a mating herd is formed. This consists of a single female and several males who chase her for days in an attempt to mate. Reproductive gestation success depend mainly on the level of the female's sexual maturity.

The gestation period of manatee calves is about a year in duration. Generally, only one calf is born. Although they can swim from birth, they are dependent on their mother for survival. She is the only individual responsible for their well-being. Females bond with their young for a period of about 2 years. Estimates indicate females will have offspring every 2-5 years.

All three species of manatee are considered vulnerable by the International Union for Conservation of Nature. The reasons for this classification include:

If you want to know more about the conservation status of aquatic animals, take a look at our article on marine animals in danger of extinction.

If you want to read similar articles to Different Types of Manatees, we recommend you visit our Facts about the animal kingdom category. 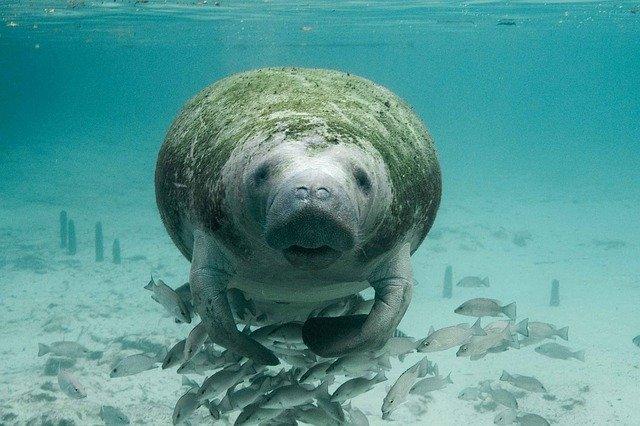 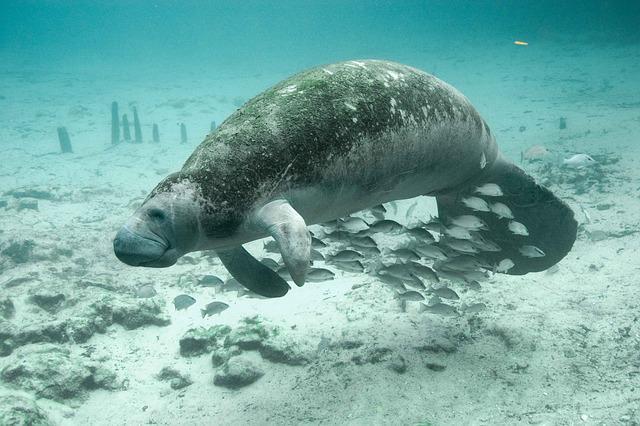 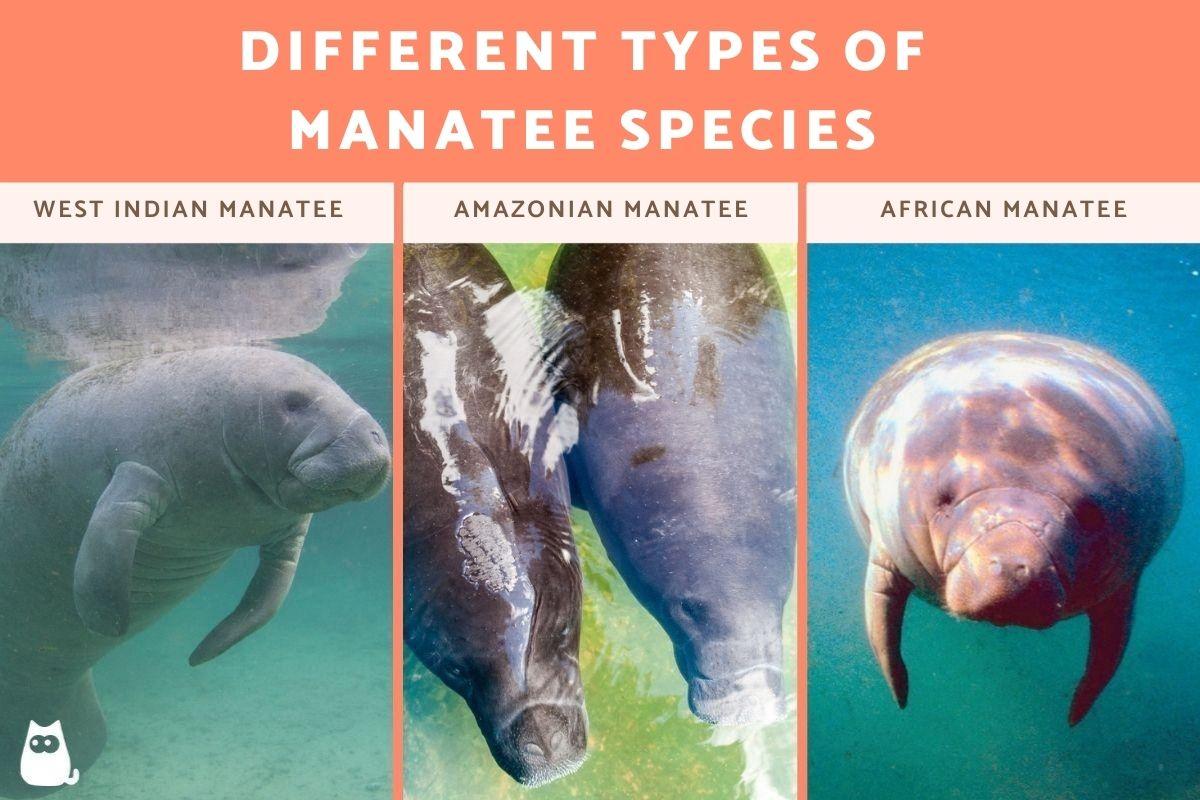 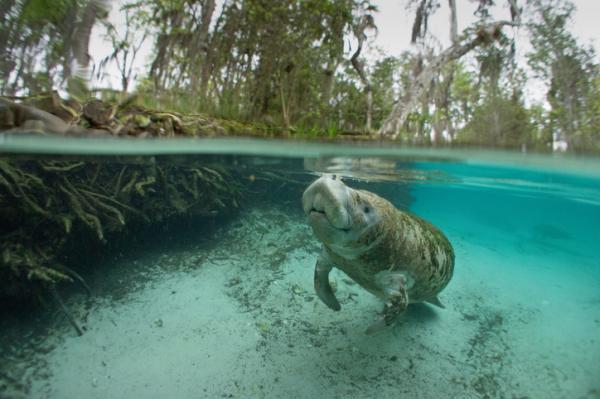 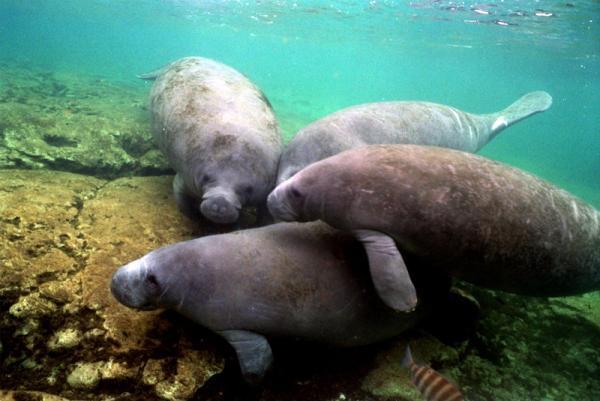 1 of 5
Different Types of Manatees
Back to top