Do Dogs Have a Dominant Paw? 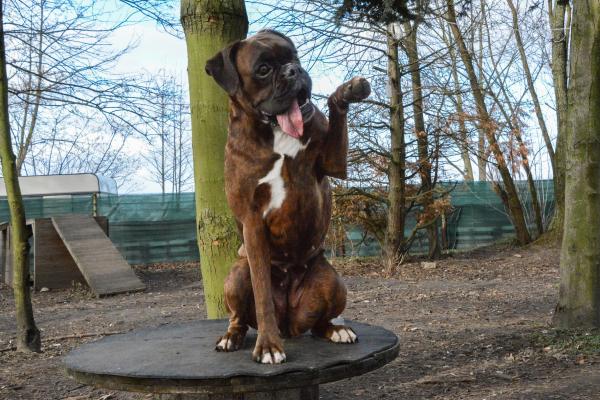 We can tell whether a person is left- or right-handed by their actions. Their dominant hand is determined by how they eat, open doors, play music, write or do many other functions. Dogs do not use their paws in the same way as humans, so it can be more difficult to determine whether they are right- or left-hands (or, more accurately, right- or left-pawed). It is even difficult to tell whether they have a dominant paw at all.

For this reason, AnimalWised asks do dogs have a dominant paw? We find out about what a dominant paw means for dogs and how we can tell which of theirs is most dominant.

You may also be interested in: Do Dogs Have Feelings?
Contents

Do dogs have dominant paws?

Some people may find it surprising, but dogs can indeed have a dominant paw. In fact, it is something which can be said of many animals. Dogs can be classified as left-pawed, right-pawed or ambidextrous. This is because the brain of a dog is divided into two hemispheres, both of which are responsible for processing specific motor and cognitive functions.

This difference between the dominant sides of the brain is known as cerebral lateralization. The main difference between cerebral lateralization in dogs compared to humans is to do with percentages. Approximately 90% of the human population are right-handed, while in dogs it is about 50%. Only about 1% of humans are truly ambidextrous, i.e. they are equally proficient with both hands. However, it is believed this is use of both paws equally is more common in canines.

According to several studies[1][2], while female dogs are more likely to have a more dominant right paw, most male dogs are left-pawed. This could indicate that sexual hormones influence cerebral lateralization. However, not all studies have been able to corroborate this declaration.

Differences between left-pawed and right-pawed dogs

There are many studies dedicated to investigating the possible behavioral differences between left-pawed and right-pawed dogs, the equivalent of being left-handed or right-handed. Despite some quite revelatory results, further research is required to better understand the subject. This is because we are not yet able to confirm how exactly cerebral lateralization affects the physical, emotional and behavioral health of dogs. Part of the issue is the fact that many dog guardians will train their dog to lift a certain paw, biasing their natural impulse.

Below, we provide some of the most interesting results from these various studies.

According to research dedicated to the study of canine cerebral laterality, left-handed dogs are mostly male[1][2]. In addition, according to an immunological study published in 2004, they have a higher number of total lymphocytes in their immune system[3].

In terms of their behavior, left-handed dogs did not obtain significant results in tests of behavioral problems. In this sense, cerebral lateralization does not seem to have a consistent relationship with the appearance of this type of problem[4].

Right-handed dogs are mostly female[1][2]. They have a higher number of both granulocytes and γ-globulins[3]. In the study that compares cerebral lateralization with the existence of behavioral problems, only a positive correlation was found between the preferential use of the right paw and an increase in aggressiveness towards strangers[4]. It is important to note this study is not conclusive.

There is less evidence about ambidextrous dogs. One of the most prominent studies on laterality and behavior did find some interesting trends[5]. It showed that ambidextrous dogs present more reactive and exaggerated behaviors when faced with certain stimuli, compared to left-handed and right-handed animals. Such stimuli include intense sound of thunderstorms or fireworks. This could indicate that reactivity is associated with cerebral lateralization.

If your dog is one of those who get very scared by loud sounds like those mentioned, don't miss this related article where we explain what to do if your dog is afraid of fireworks.

How to tell which of my dog's paws is dominant

At this point you will likely want to know if your dog is left-handed or right-handed. Determining which of your dog's paws is relatively easy. We can do it with some basic tests which you can try out on your dog at home. They are:

You must repeat all the tests several times and write down which leg predominates in each of the tests. If in all or in the vast majority of activities the dog preferentially uses the right paw, it means they are right-handed, and vice versa for left-handed dogs. It can also happen that your dog uses one leg sometimes and the other sometimes in a totally indistinct way. In this case, the dog is most likely ambidextrous.

Find out some information on how dog's use their legs with this article on why my dog keeps lifting their paw.

If you want to read similar articles to Do Dogs Have a Dominant Paw?, we recommend you visit our Facts about the animal kingdom category.

References
Bibliography
Why Do Some Cats Have Different Colored Eyes?
Why Do Dogs Have Whiskers?
Do Dogs Have Belly Buttons?
Do Dogs Have A Perception Of Time?
Related categories
Endangered animals
Most read
1.
What Animal am I According to my Zodiac Sign?
2.
Are There Venomous Spiders in the UK?
3.
What Does It Mean When a Cat Shows Up at My Door
4.
The 10 Most Solitary Animals in the World
5.
10 Smells that Attract Cats
6.
10 Most Beautiful Animals in the World
7.
Differences Between Deer, Elk, Moose and Reindeer
8.
Most Common Cat Eye Color and Their Meaning
Do Cats Have Dreams?
Do Turtles Have Teeth?
Do Mice Have Bones?
Do Snakes Have Bones?
Do Cats Have a Good Memory?
Do Cats Have Emotions? Are They Able to Have Feelings?
Do Dogs Have Nightmares? - Canine Sleep Patterns
Do All Elephants Have Tusks?

Do Dogs Have a Dominant Paw? 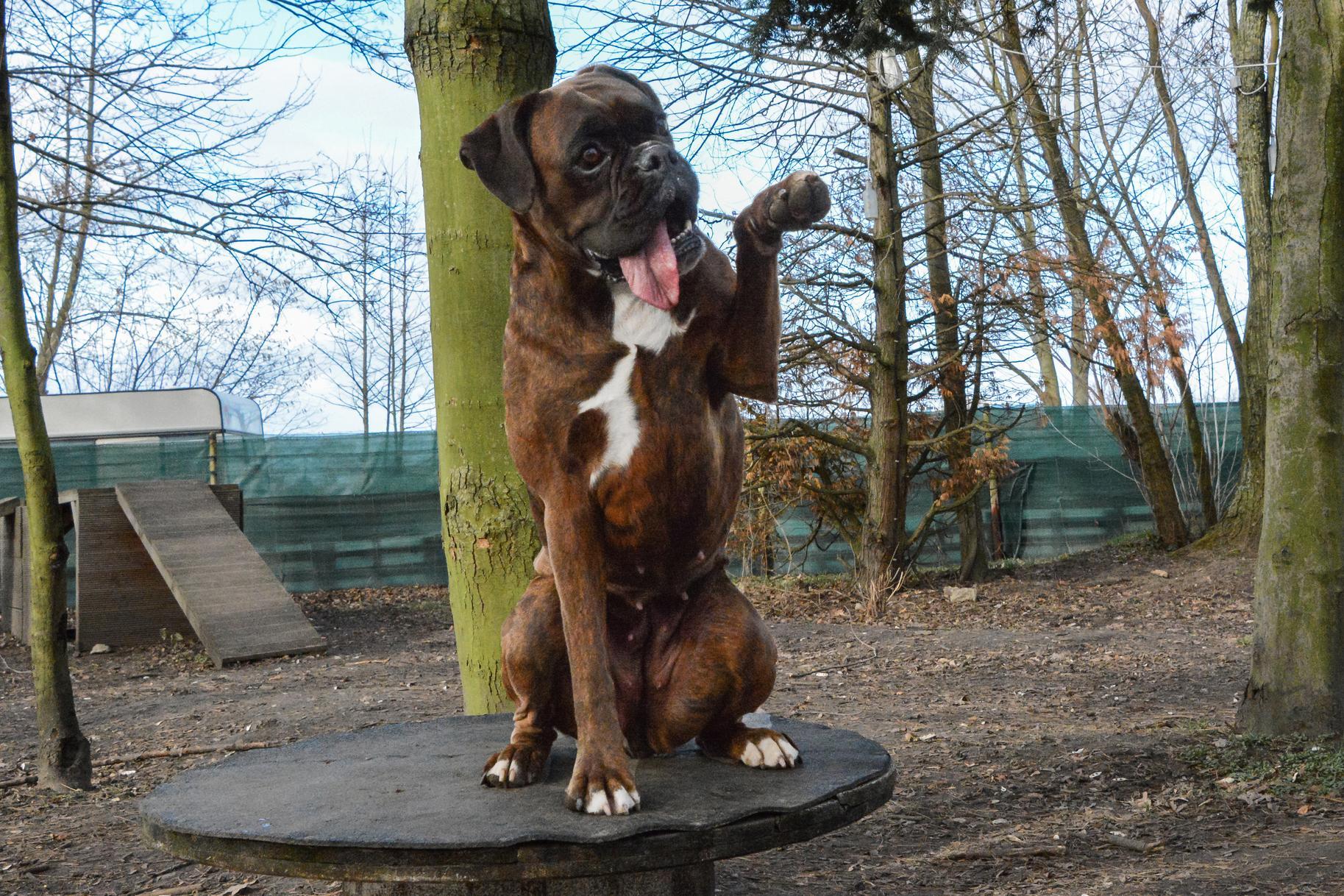 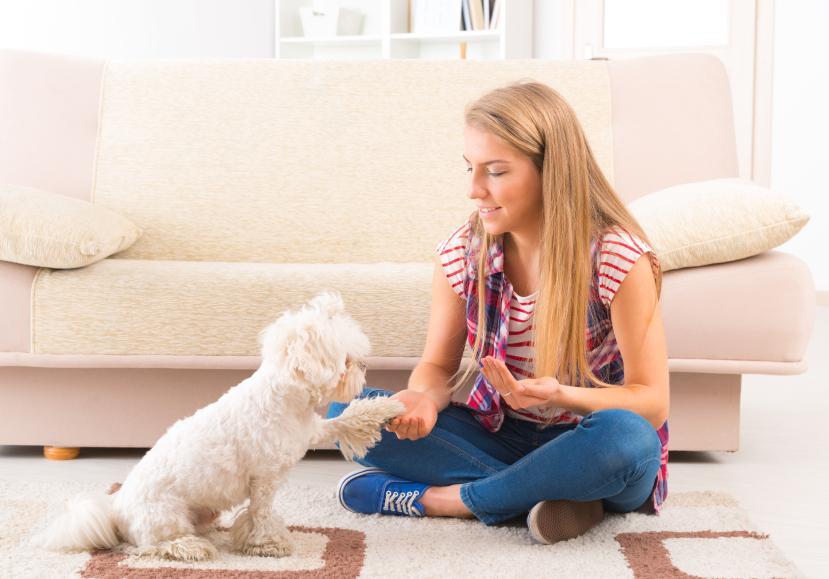 1 of 2
Do Dogs Have a Dominant Paw?
Back to top