How Many Fingers Do Cats Have?

Our cats are very protective of their paws and for good reason. They are sensitive appendages which allow the cat to carry out their basic functions, including the ability to walk, interact with their environment and even show emotion. Since they are such adventurous felines, domestic cats are at risk of various injuries to their paws. This can affect the main paw pads, the claws, the top of the paw and even the fingers. Some cats may have a greater risk than others since there are some felines which appear to have additional digits. These include polydactyl cats which are more common among certain breeds.

At AnimalWised, we find out how many fingers do cats have? We look at the number of digits on most cat's paws, as well as why a cat may have more or less than the normal.

You may also be interested in: How Many Teeth Do Dogs Have?
Contents

Do cats have fingers?

Some of us like to humanize our cats in a way which isn't always helpful. This is often applied to their personalities, but they also do it with their bodies. Sometimes it means dressing the kitties up for Halloween, but it can also mean we think of them as having arms and legs.

This is not actually true. Cats have legs, but they do not have arms. While they have paws on their legs, we cannot accurately call them hands. For this reason, cats technically have zero fingers. The digits on their paws are known as toes. However, many people us the term interchangeably. When we ask how many fingers do cats have, we are actually referring to their toes.

How many toes does a cat have?

When we look at a cat's paw, we can see they all should have a paw pad in the middle. This is a cushioned piece of keratinized skin which is strong enough to be protected on hard surfaces, but also sensitive enough that a cat does not like being touched on their paws. Surrounding these paw pads are individual pads for the fingers or toes. These digits hold the claw and are very flexible.

This is the case with cats which do not have any genetic mutation resulting in more or less toes. The additional toe on the front paw is known as a dewclaw. Some previously thought this was a vestigial toe, but it is actually useful for the cat who uses it for various purposes, including hunting. Some cats have additional dewclaws on the back.

Cats which have more toes are usually polydactyl cats, something we explain in more detail in the sections below. The number of fingers these cats have on the paws can differ, but it doesn't mean they will cause any harm.

Thanks to a study from Ireland carried out in 2018, we know cats do not use each of their digits equally. Some use them more than others because it is thought they have a dominant paw. This is the equivalent to be being left- or right-handed in humans. Generally, males have a predilection for using a dominant left paw and females a dominant right.

Cat's fingers are structures made up of phalanges, i.e. the bones that make up the structure of the cat's toes. Specifically, cats have the following phalanges on each digit:

Each phalanx is articulated with each other by synovial joints. The distal phalanx is the one that contains the claws or nails. It is a retractile and flattened component that consists of a modified layer of the epidermis.

Cats should have as many claws as they do toes. This means most cats will have 18 claws. The distal end of the phalanx that contains the nail contains:

Claw retraction occurs with contraction of the dorsal elastic ligaments, of which there are two in each digit. They are attached to the dorsal surface of the nail crest and originate on the lateral aspect to either side of the middle phalanx. Claws extend when the deep digital flexor passes the elasticity of these ligaments.

The paw pads of cats have a lot of nerve endings, something cats use to detect changes, temperatures and textures where they walk. They can be damaged or affected by diseases such as pododermatitis in cats. Sensitivity decreases over the years as they grow thicker. Another curiosity is that the pads usually match the color of the coat, being pink in cats with pale or white tones, while they appear dark in tabby, black or patterned.

Is it bad if my cat has extra toes?

As we mentioned in the previous sections, it is most common for cats to have 18 fingers in total between all their legs. Some may have more fingers due to genetic mutations. This anomaly is known as polydactyly, hyperdactyly or hexadactyly. It generally affects the front legs, although the hind legs can be affected. There are two types of polydactyly in cats:

This condition is autosomal dominantly inherited, meaning half or more of the kittens of a polydactyl cat will also have additional toes. This seems to be more common in certain breeds of cats, such as the Maine Coon, Ragamuffin or Pixie Bob. Find out other issues with one of these breeds in our guide to common health problems in the Maine Coon.

Polydactyly is more common in the American continent than in Europe. In other places like the United Kingdom these cats are called ‘Cardi-cats’. As a curious fact, sailors who discovered polydactyl cats treated them as amulets, considering them better hunters of small prey because they had more fingers with which to attack them. For this reason, it was preferred to carry them on their ships.

If you wonder if something is wrong when a cat presents polydactyly, the answer is no. This is even the case when it is accompanied by radial hypoplasia. Radial hypoplasia occurs when the radius bone of the front legs does not develop correctly, making the limb shorter and presenting difficulties in movement. This is not due to polydactyly, but due to insufficient development of this bone.

Find out other issues about a cat's paws with our article on why my cat's paw is swollen. 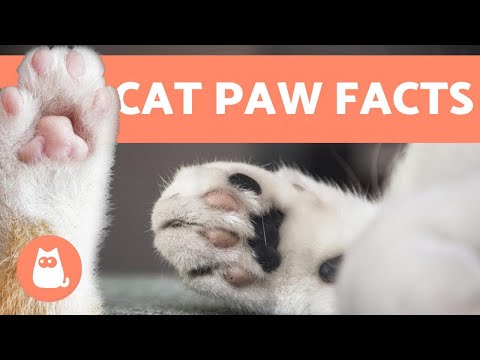 If you want to read similar articles to How Many Fingers Do Cats Have?, we recommend you visit our Facts about the animal kingdom category.

Bibliography
How Many Teeth Does a Cat Have?
How Many Kittens Can A Cat Have?
How Many Legs Does a Spider Have?
Eyes of Spiders - How Many Eyes Do Spiders Have?
Related categories
Endangered animals
Most read
1.
What Animal am I According to my Zodiac Sign?
2.
10 Most Beautiful Animals in the World
3.
What Does It Mean When a Cat Shows Up at My Door
4.
The 10 Most Solitary Animals in the World
5.
Top 10 Smells Dogs Hate
6.
How Many Types of Lions Are There?
7.
Why do Dogs Get Stuck when Mating?
8.
My Female Dog In Heat Won’t Accept A Male - Causes
How Many Teeth Do Sharks Have? - Types of Shark Teeth
How Many Hours A Day Do Cats Sleep?
How Many Words Do Dogs Know?
How Many Stomachs Does a Cow Have and Why?
How Many Hours a Day do Dogs Sleep?
Do Cats Have a Good Memory?
Do Cats Have Dreams?
How Many Species of Frogs Exist?

How Many Fingers Do Cats Have? 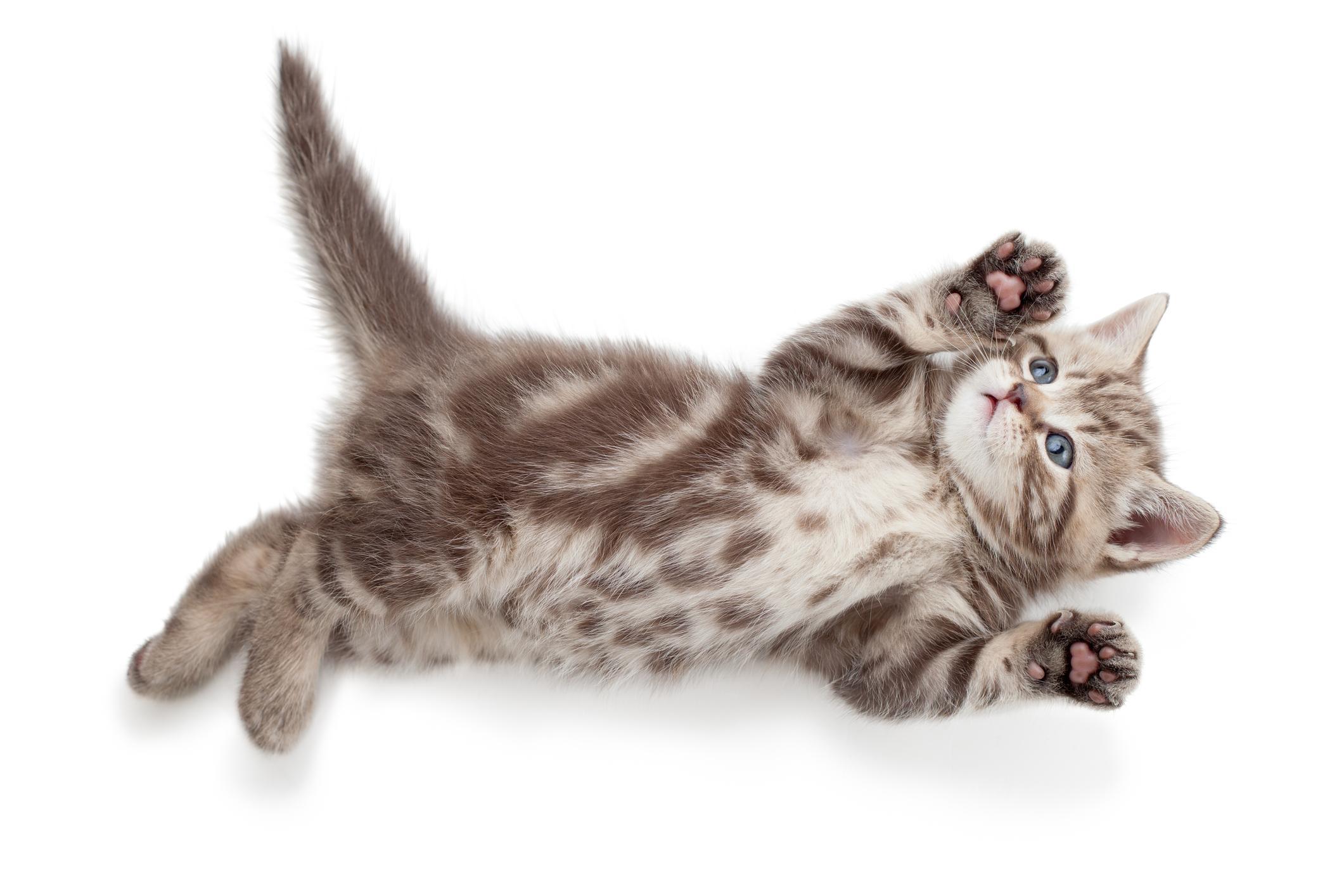 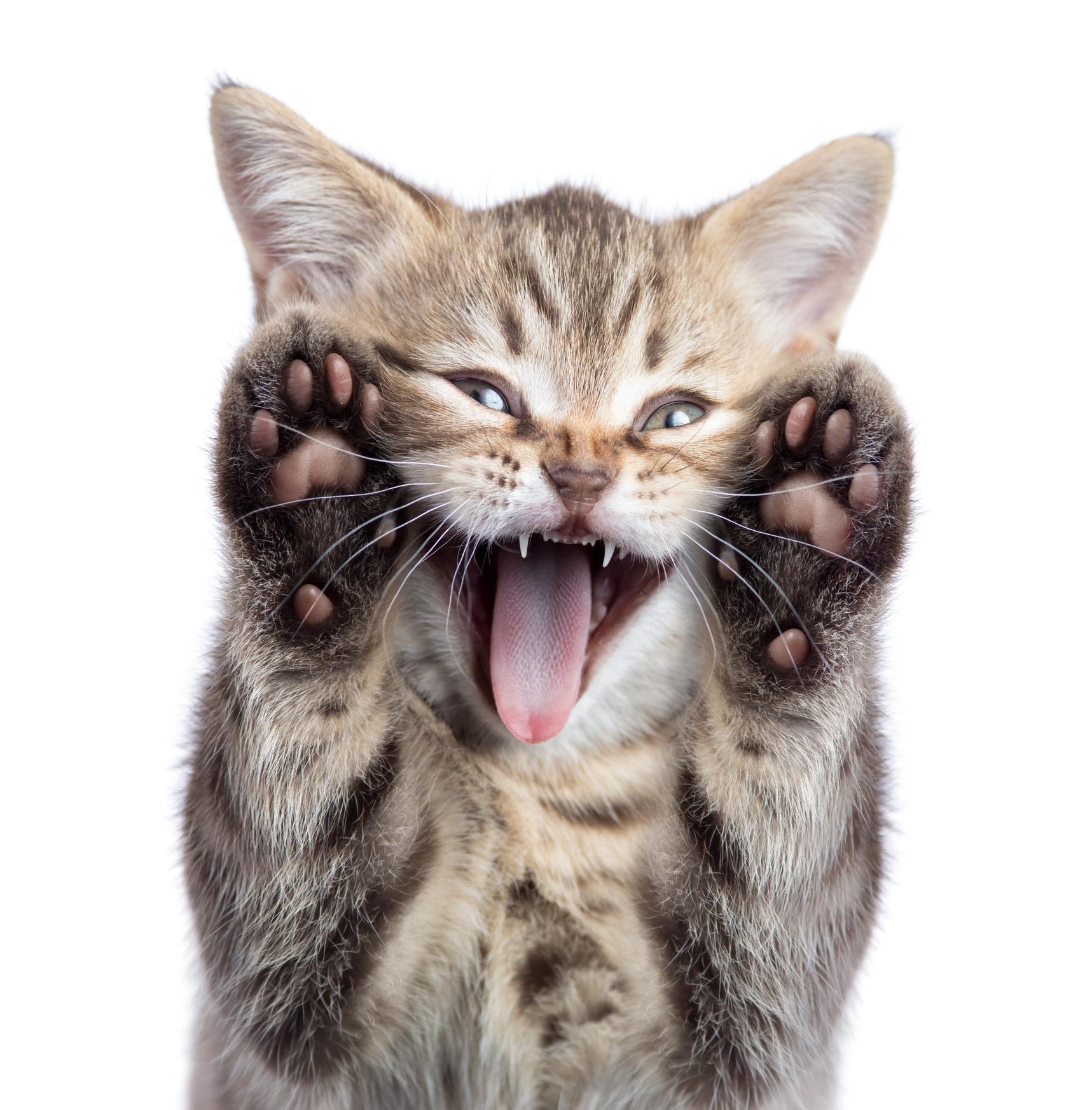 1 of 2
How Many Fingers Do Cats Have?
Back to top