This dog was originally bred and raised to hunt rats, foxes and other small animals.

The Norfolk terrier shares its origins with the Norwich terrier. Both breeds were originally considered one single breed, under the name of Norwich terrier, until the '30s. At that time, dogs with erect ears were preferred and their ears were cut off.

When the British legislation prohibited the cutting of ears for "aesthetic" purposes, the breeders of Norwich terriers decided to separate the dogs with fallen ears into a different breed. The reason for this is that the crossing between the two varieties did not allow for predictions of whether the puppies would have erect or fallen ears. The fallen ear dogs were then named Norfolk terrier and they became the breed that we know so well today.

This small dog has a compact and strong body. Its legs are short but strong and muscular, and it has round feet with thick pads.

This terrier has a broad and slightly rounded head. Its snout, strong for its dimensions, has a wedge shape. Its oval eyes have an alert and intelligent expression, and are either dark brown or black. Its ears are medium-sized and "V" shaped. They appear slightly rounded at the tip and fall forward next to its cheeks.

The tail of the Norfolk terrier is thick at the base and gradually tapers towards the tip. According to the FCI standard of the breed, former "aesthetic" amputation was optional. Fortunately, this custom is now deteriorating in popularity and is even illegal in many countries.

This dog has hard and roughly ‘‘wired’’ hair which is well attached to its body. This coat can appear in different shades including red, black and tan, wheat or grayish. Sometimes white spots are visible, but they are not often ‘‘desirable.’’

Norfolk terrier dogs are friendly, alert, extroverted and playful. Despite being dogs which were previously selected to hunt burrowing animals, they are less aggressive than other terrier dogs.

In general, they tend to be quite sociable with people, although they may be shy with strangers. They also tend to get along with other dogs and are not quarrelsome like most other terrier breeds. However, do not forget that they were originally hunting dogs and therefore they do tend to chase and attack small pets. For this reason you have to be careful of its interactions with rabbits, cats and other common pets. It is important to socialize dogs with people, dogs and other animals. This socialization will avoid behavioral problems in the future.

The Norfolk terrier is an easy dog to train and is intelligent. However, this dog is also prone to picking up bad habits. The best way to educate this breed is through positive training, basing all training on positive reinforcement. Punishments and shouting do not work well with this breed and only serves to destroy the bond between the dog and its owner.

A common problem with this breed is that they tend to bark a lot and can be destructive, especially of the garden. Norfolk terriers tend to dig instinctively and, therefore, it is a good idea to designate a small area of ​​the garden for that. However, with enough exercise, a lot of company and a good training plan, these dogs can be excellent pets for the family.

The ideal height for this breed, at the cross, is between 25 and 26 centimeters. The FCI standard of the breed does not indicate an ideal weight, but the Norfolk terrier usually weighs around 5 kilograms.

Upload a picture of your Norfolk terrier 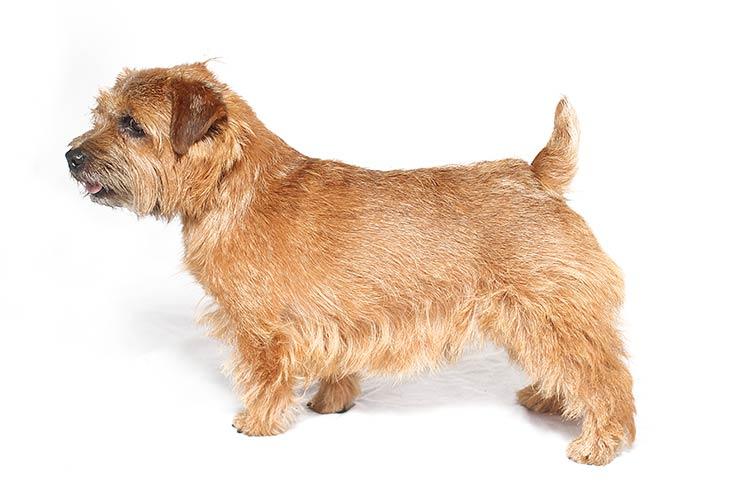 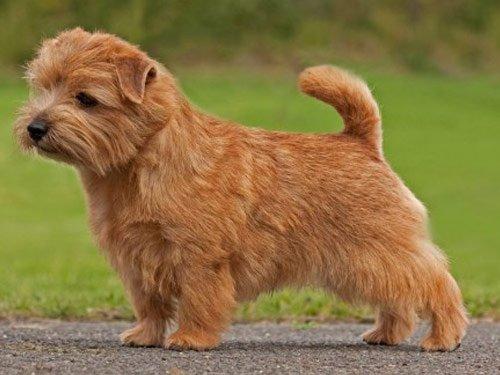 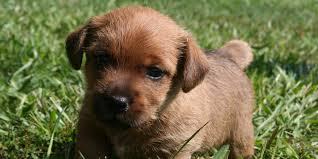 1 of 3
Norfolk terrier
Back to top