When we see a German shepherd dog, few people stop to think that it was raised to drive and protect herds. Most people see a police dog in the German shepherd, a dear friend of children, faithful companions capable of giving their life for his family, guide dogs who sees for their blind friends, the rescuers who risks their life for people they does not know and the canine hero par excellence.

Although the origins of the German shepherd are associated to herding, this breed has shown so much versatility and intelligence that nowadays they cannot be classified as shepherd dogs alone. Even though they continue to be herding dogs in certain places, it would be more appropriate to say that the German shepherd is a "four by four"dog.

In addition, this dog of wolf-like morphology is one of the most beautiful representatives of the canine species. They are not only dogs that adapt well to different jobs, but a living work of art capable of fulfilling the most demanding and difficult jobs.

Read on to find out all about the traits, character and health of the German shepherd:

Origin of the German shepherd

The story of the German shepherd dates back to 1890, when cavalry captain Max Emil Frederick von Stephanitz began to follow his dream of developing a noble-looking working breed. In 1899, this cavalry captain found Hector in a dog show, the dog that would become the founder of the breed.

Later, and with the help of Artur Meyer, von Stephanitz founded the first German shepherd dog club. Hector was the first registered dog, although under the new name of Horand von Grafrath. The German shepherd gained great notoriety for his performance in both World Wars. The impression they made was so great, that even the enemy armies admired them.

The German shepherd is currently used for many activities, from the search and rescue of lost people to police dogs duties. Their qualities as a companion have not been ignored and, therefore, are one of the most popular dogs worldwide.

Their beautiful appearance, incomparable character and great intelligence, have led the German shepherd to be the most popular dog of all time.

They stand out for having a wide and wedge-shaped head, their most distinctive feature and the one that catches the most attention. In the upper part of their heads, are their mèdium sized ears, erect and pointed, give the German shepherd a wolf-like appearance. The eyes, arranged obliquely on the skull, express security and confidence, and should be as dark as possible.

Their powerful teeth, which must be strong, healthy and complete (42 teeth), allow the German shepherd to have a strong scissor bite. When properly trained, these dogs have a firm and safe bite.

The body of the German Shepherd Dog is longer than it is tall and the top line is sloping, descending slightly from an elevated withers to lower croup. The back is wide and muscular, and the croup is long and slightly sloping. The chest, which is moderately wide, has a depth ranging from 45 to 48% of the height at the withers, and an elongated and very noticeable breastbone.

Their tail is long, and can reach the hock when it hangs at rest.However, it should not exceed half of the metatarsal. The German shepherd ‘s tail hangs when at rest, and lifts it when they are active, but the tail never exceeds their horizontal line.

According to the official standard of the German shepherd, the coat corresponds to a double layer with internal fur. The outer fur should be as dense as possible, straight, hard and well attached to the body. Hair length varies slightly in different parts of the body, but the German Shepherd is not a long-haired dog.

The German Shepherd standard accepts various colors for the breed. Among the colors of the German shepherd we find solid black, black and tan, yellowish and even gray in various shades.The nose must be black. A white coat is not accepted in the official breed standard.

But courage and defense are not the same as aggressiveness and danger. Although the German shepherd tends to be a little suspicious of strangers, they are not an aggressive dog by nature. On the contrary, they tend to be alert but do not attack without reason. Of course, the socialization of the puppy is essential to avoid problems in the future, since no dog has the character assured only through genes. The German shepherd is a dog that is easy to train and adapts very well to any training technique. However, they achieve their full potential when you train them with positive reinforcement.

Due to their versatility and adaptability, this breed has been able to perform successfully in different activities. The German shepherd stands out as: sporting dog, search and rescue dog, guide dog, police dog and therapy dog. They are also excellent companions for any family that provides them with good care.

The German shepherd can adapt to living in an apartment, but they need a lot of exercise and long walks. They are agile and active and need to exercise their muscles outdoors. A small garden can help, but it should never replace the walks and play sessions that you should have. Practicing any type of canine sport, such as agility, can help maintain the dog's health. The training of the dog is also important to help develop the intellectual capacity of the dog.

It is not very difficult to keep the coat of the German Shepherd in good condition, since it does not require special cuts. However, this breed sheds constantly, so daily brushing is important. Bathing should not be very frequent because it damages the natural protection of their hair. Every month and a half or every two months will be enough.

German shepherds are an excellent dog with whom to work education and obedience. Their natural predisposition and great intelligence make it inevitable for us to want to discover and explore all their abilities.. Find out more about the education of a German Shepherd on AnimalWised.

As with all existing dog breeds, the puppy's education will have a major impact on the future adult German shepherd. This is why it will be essential to work quickly in the development of the dog: socialization, stimulation of the senses and intelligence games. A good education will help us avoid the appearance of behavioral problems.

In the adult stage it will be basic to work obedience and tricks in a very regular way to keep the dog mentally healthy. It is very important to consider this point before adopting a German shepherd. We are facing a very intelligent dog that should be able to enjoy an adequate life. The physical exercise of the German shepherd here also plays an important role in stress prevention. In their education and training we must include many environmental enrichment sessions, all based on positive reinforcement.

Unfortunately, the great popularity of the breed has led to the indiscriminate breeding of German shepherds, with purely commercial purposes. This indiscriminate breeding has had a negative impact on the breed's health. Therefore, the German shepherd is prone to some hereditary diseases such as hip dysplasia, elbow dysplasia, digestive problems, epilepsy, chronic eczema, keratitis (inflammation of the cornea) and dwarfism.

Despite offering good care to this great dog, visiting the vet every 6 months, deworming them and following their vaccination schedule will assure we will be able to enjoy them for a long time. Their current life expectancy is around 13 years.

Upload a picture of your German Shepherd 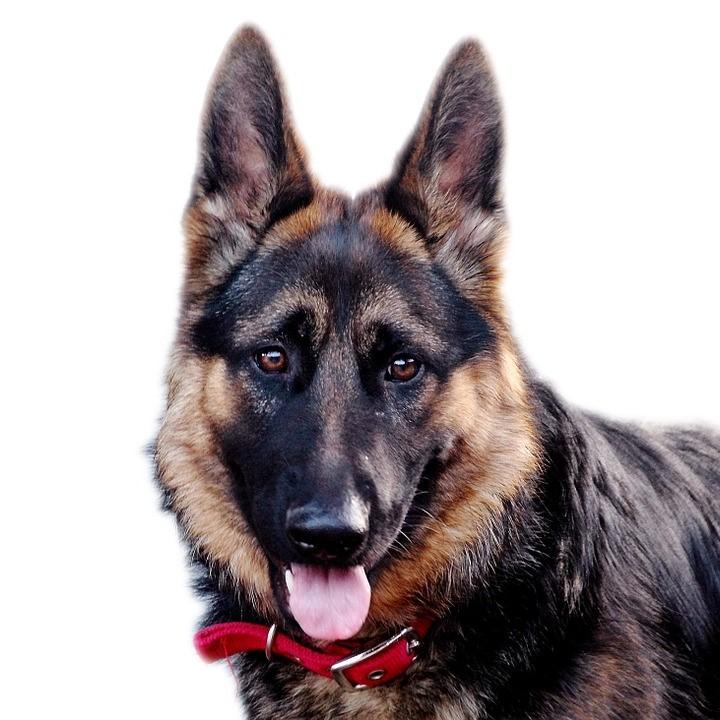 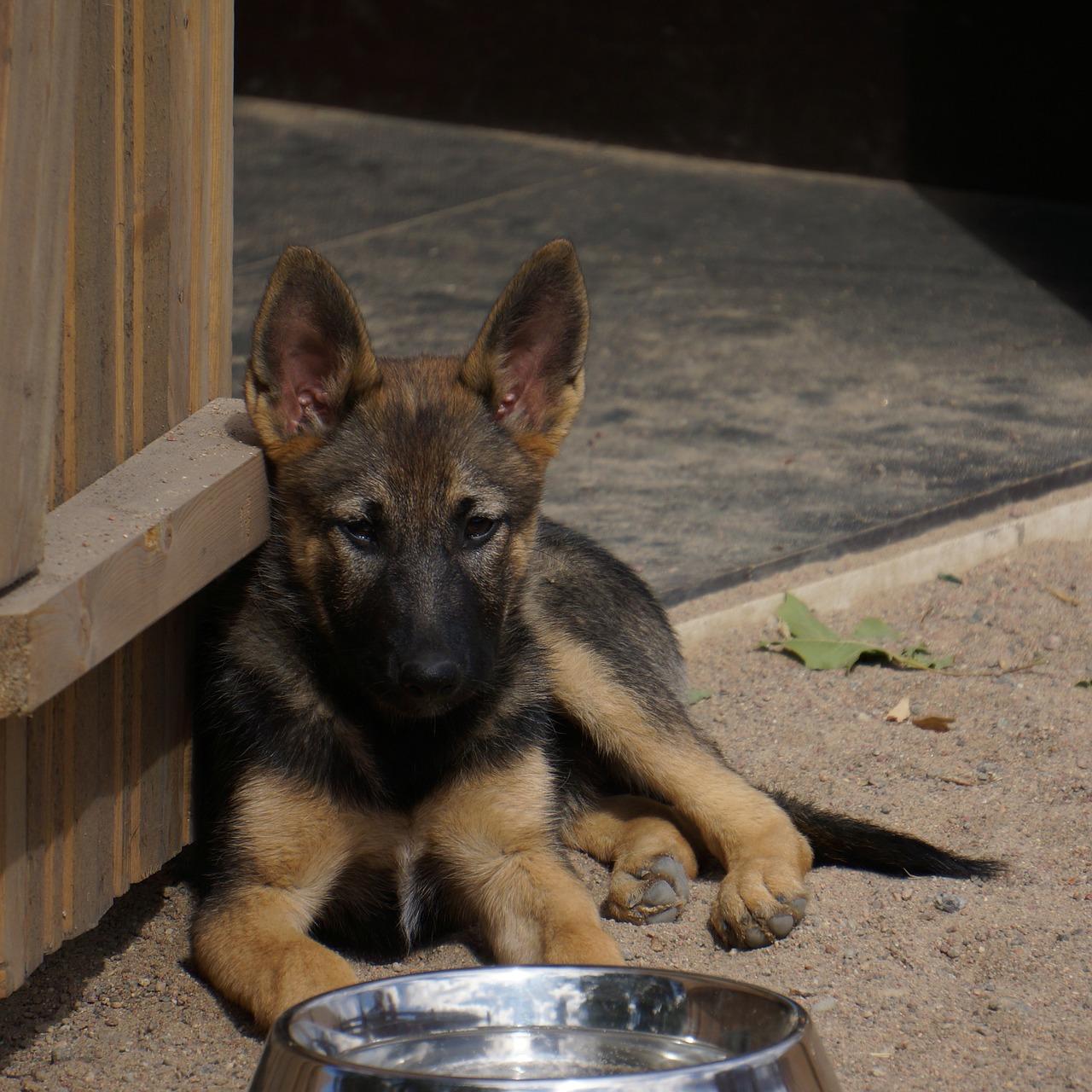 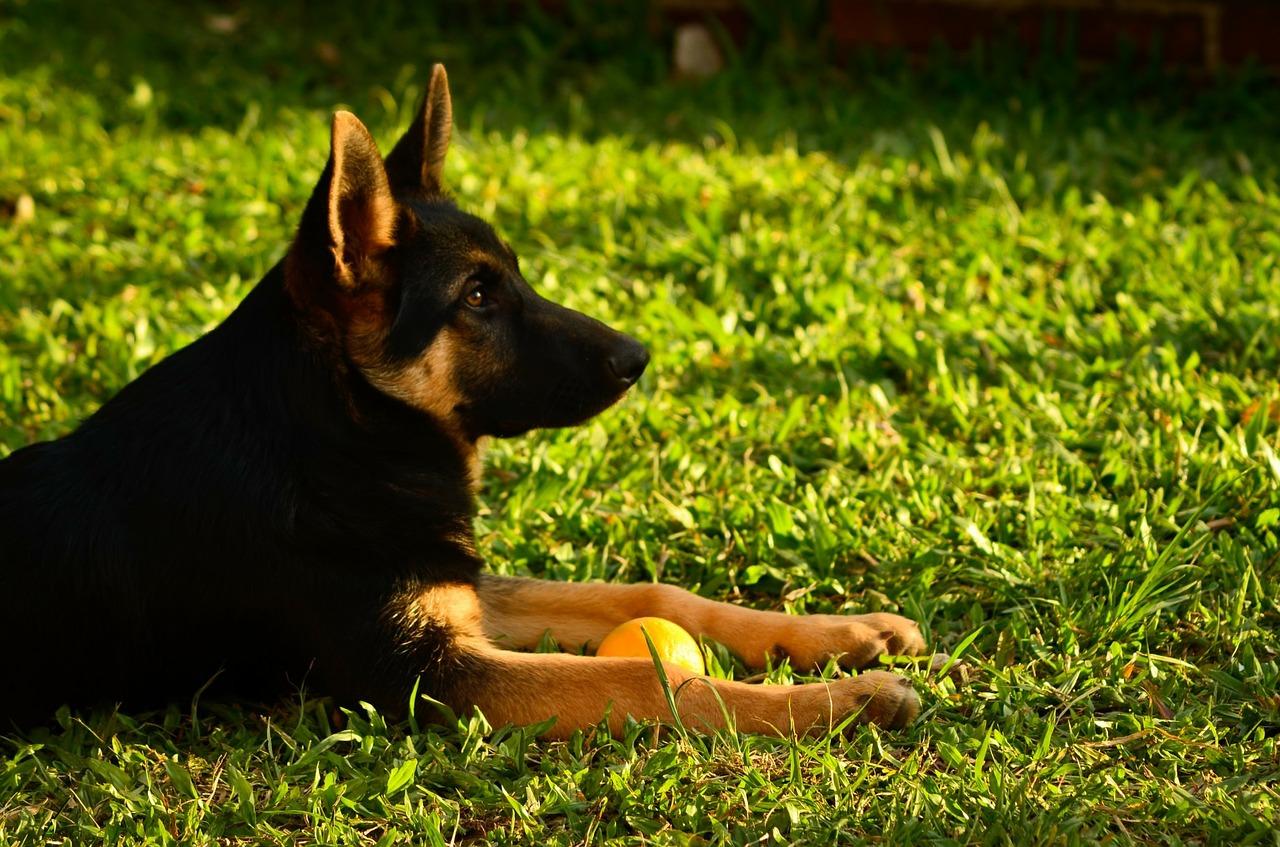 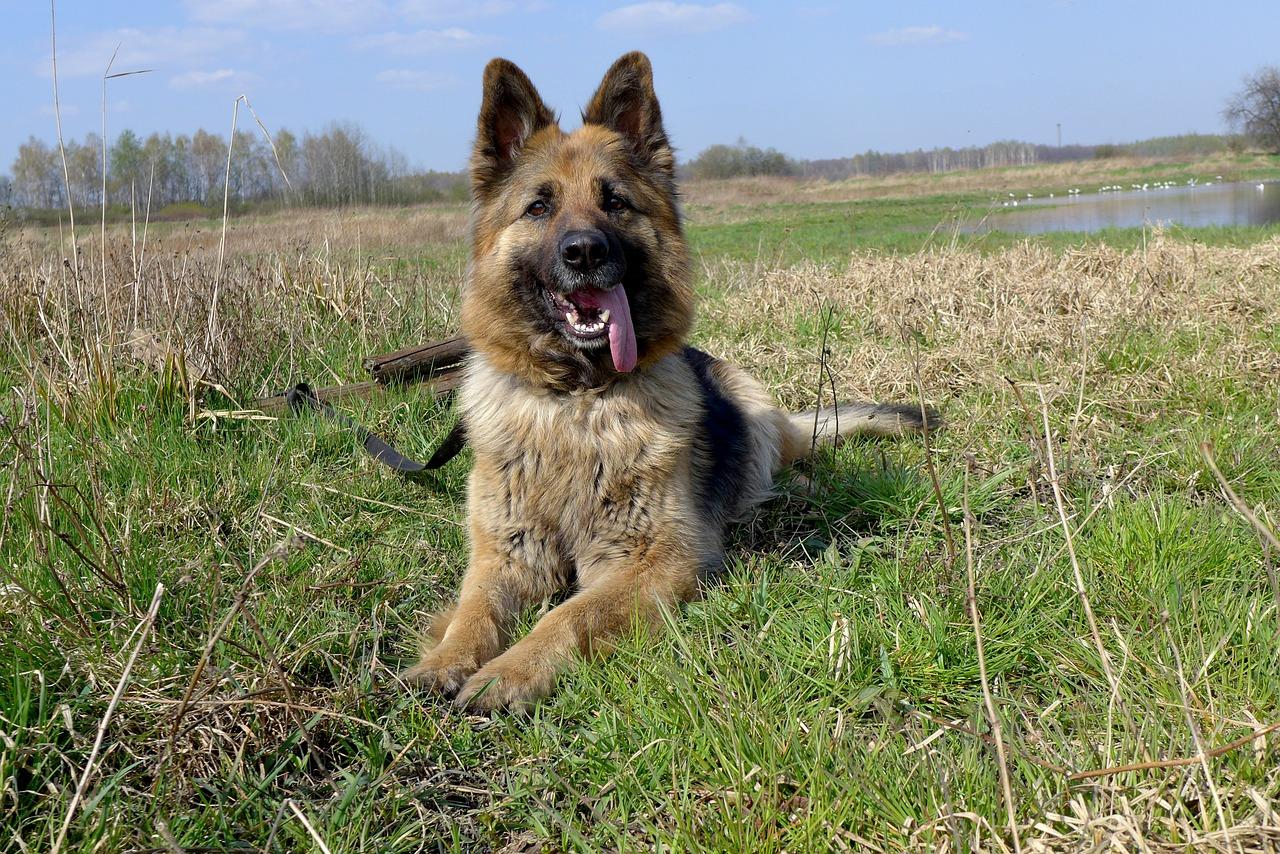 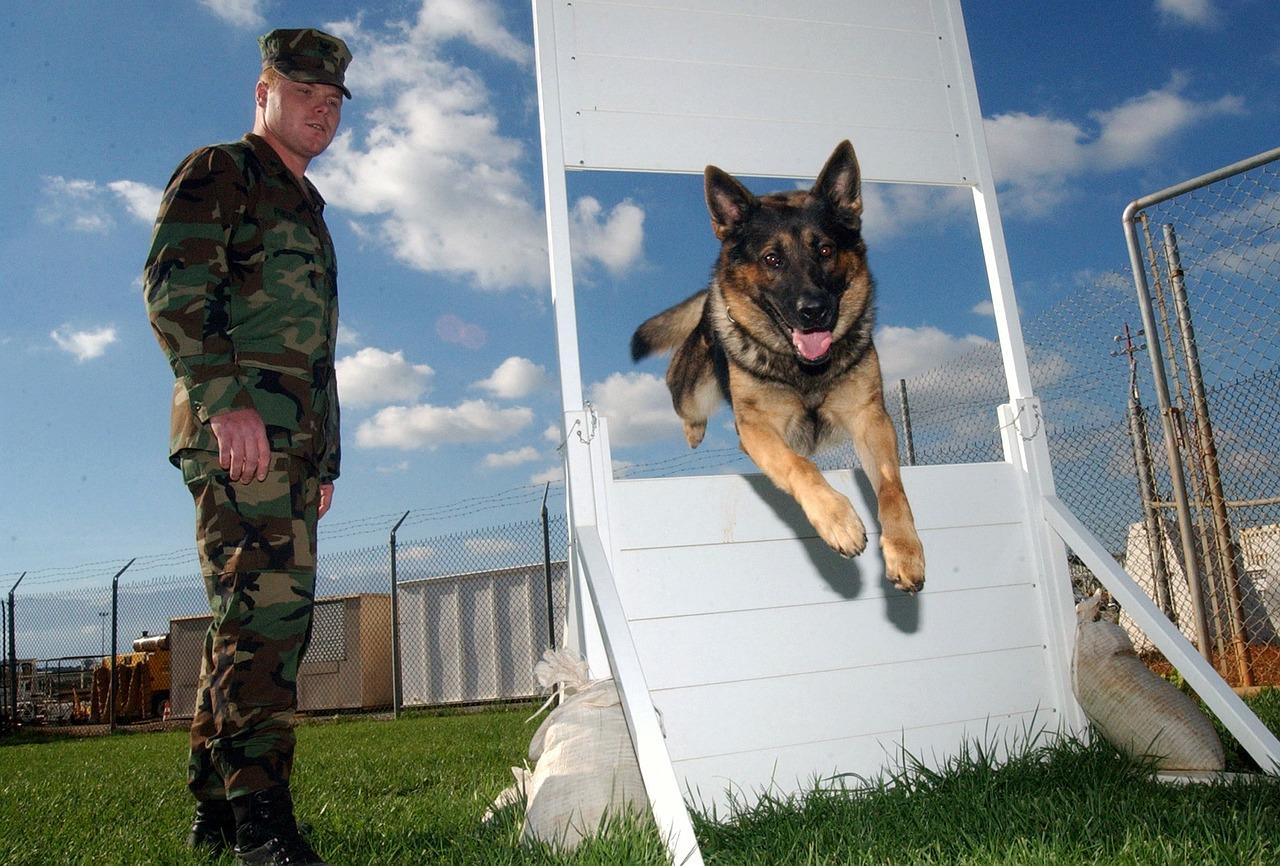 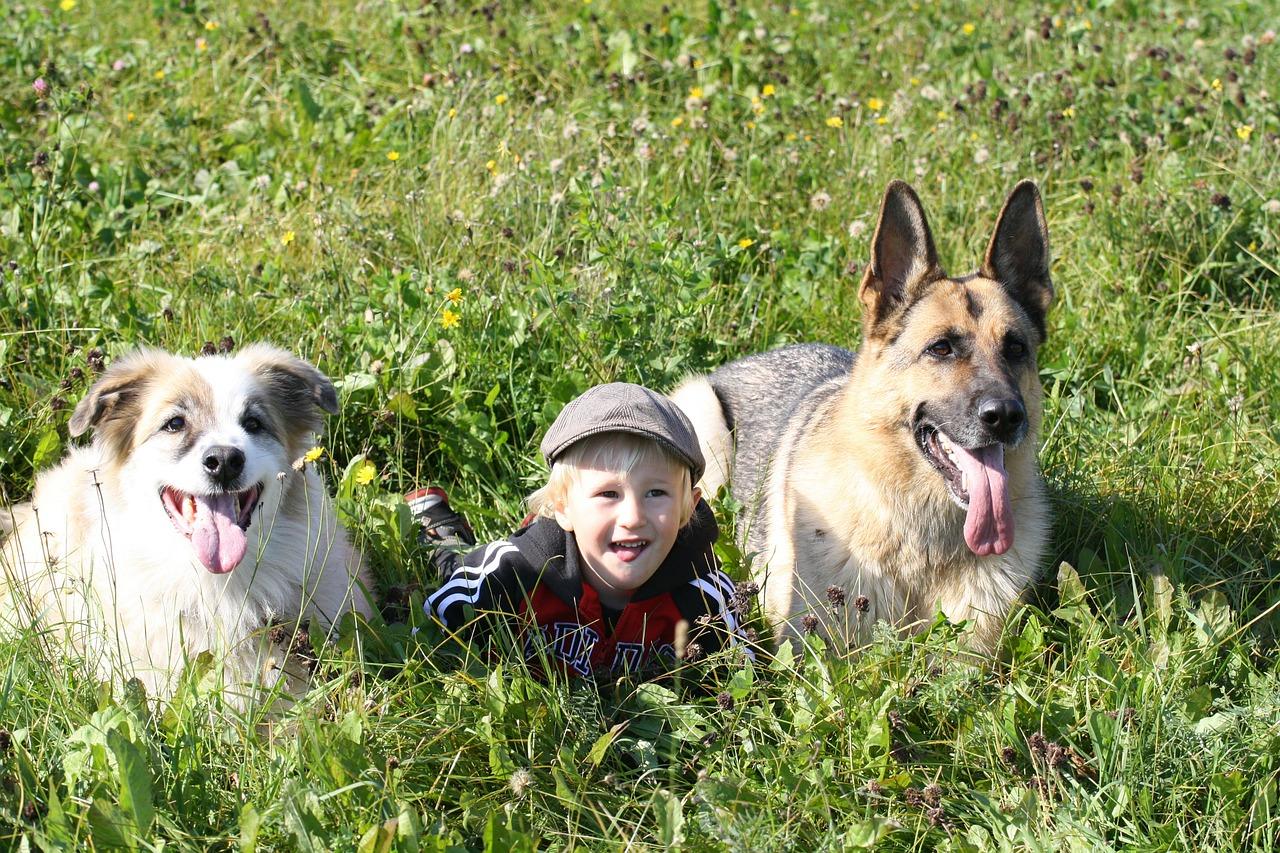 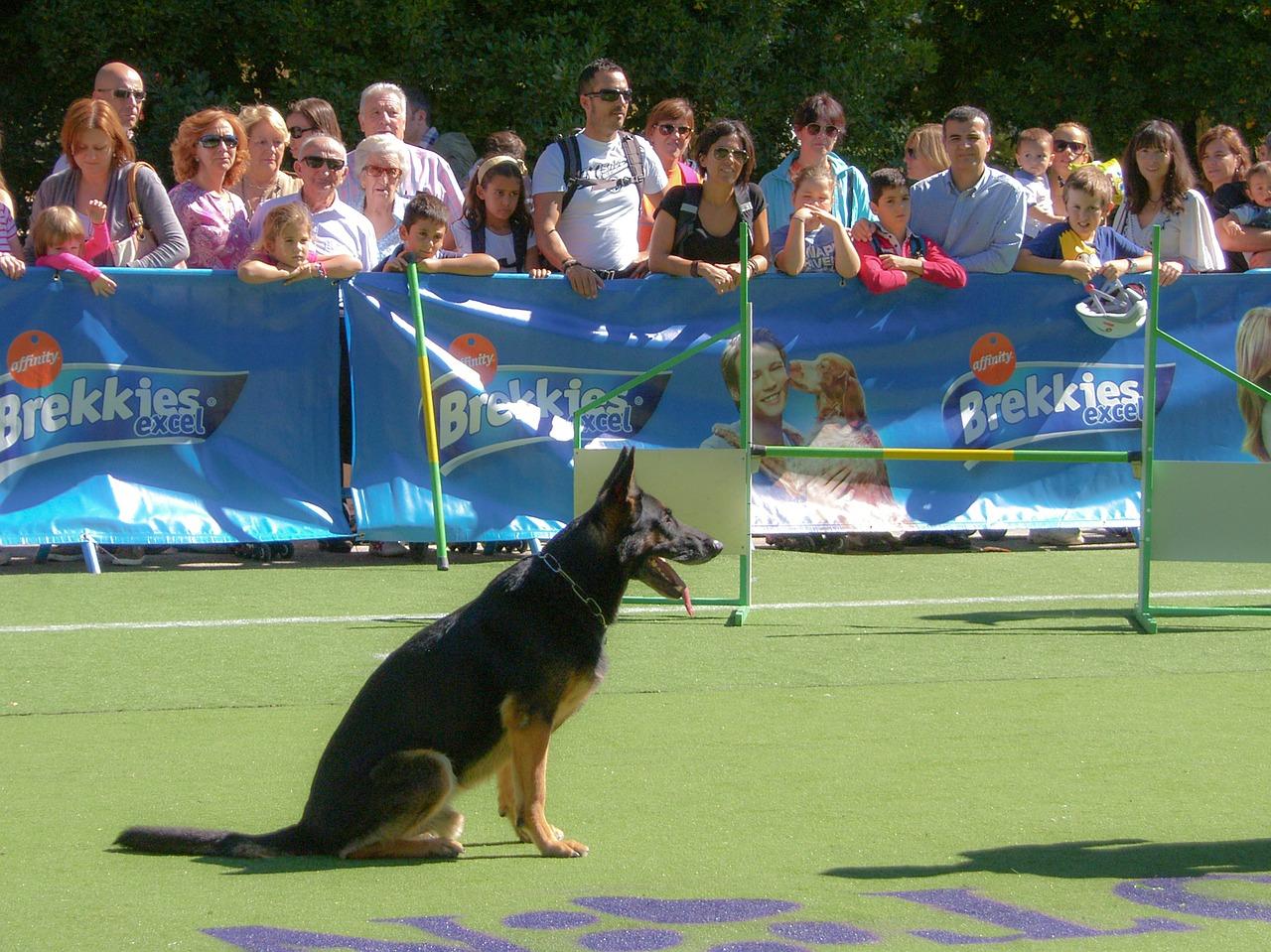 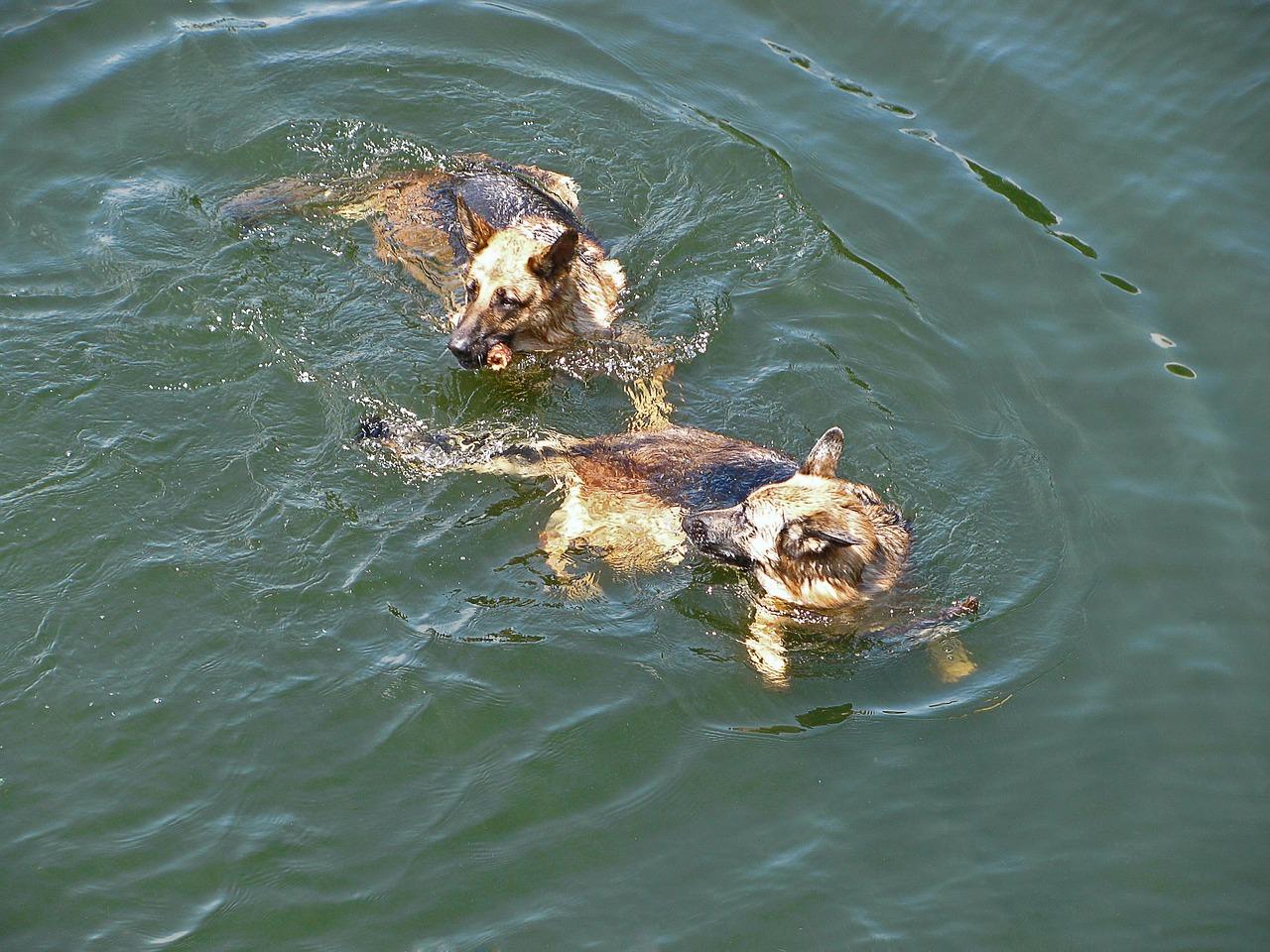 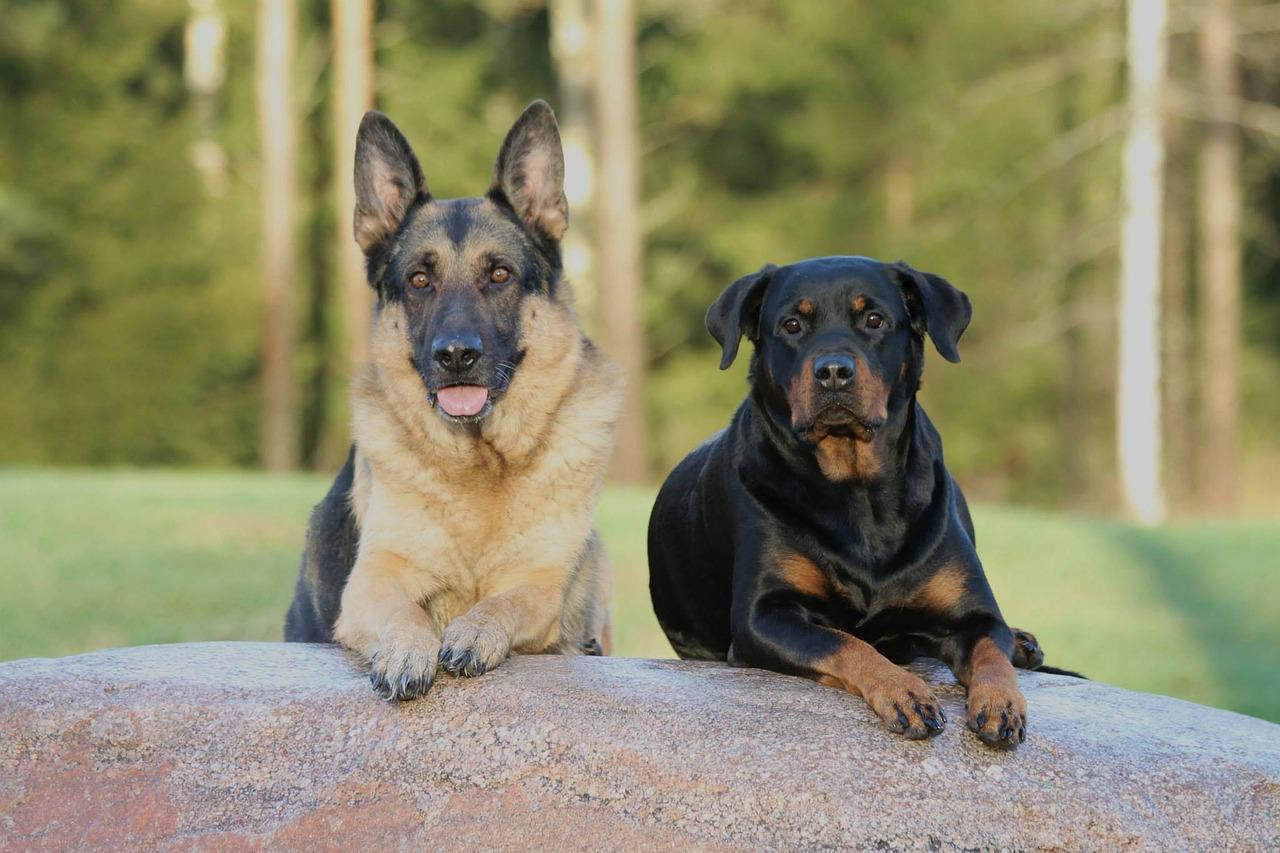 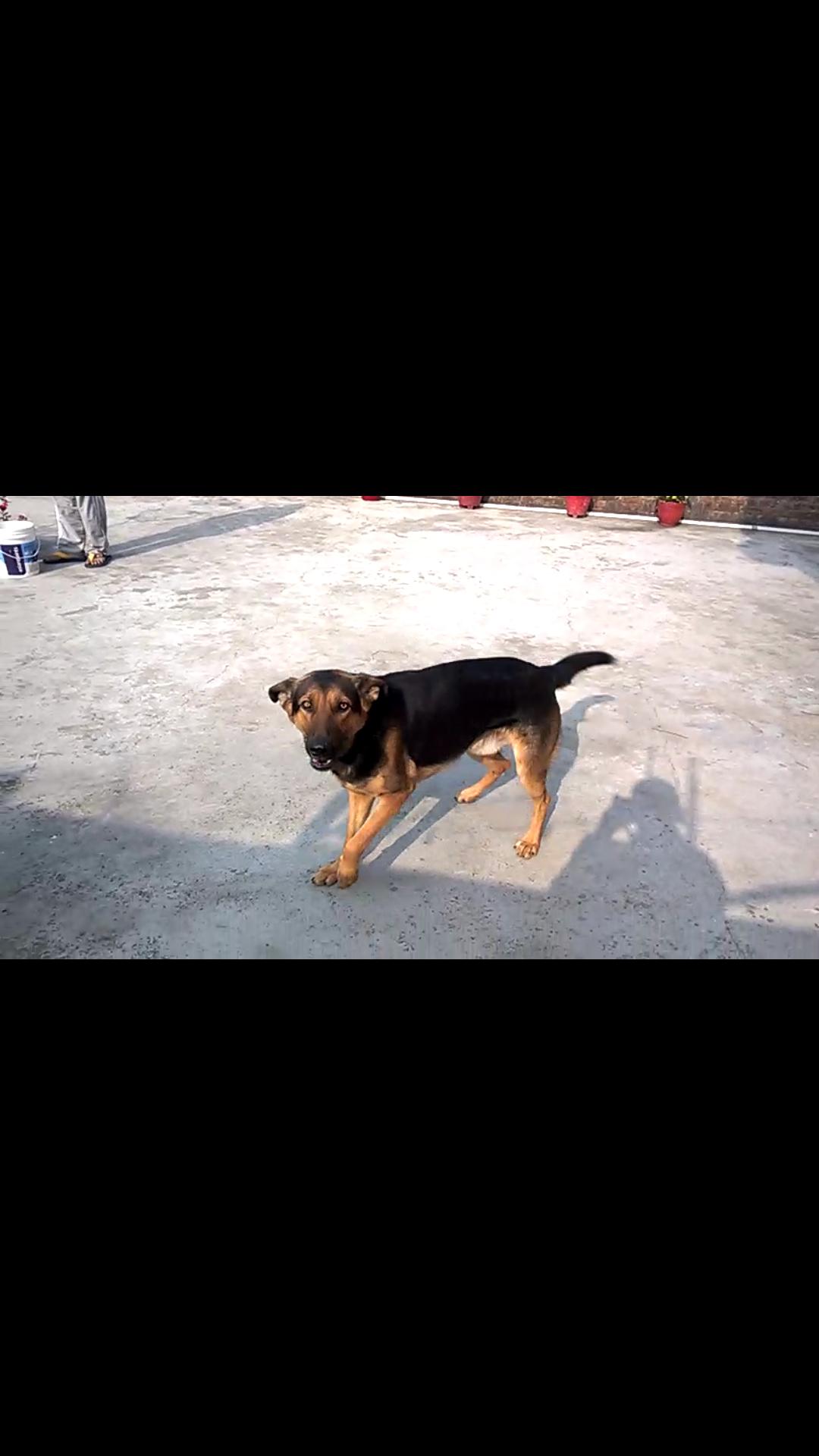 Photo uploaded by Nitin:My first love now lost in infinity at age of 2 due to heatstroke .......india 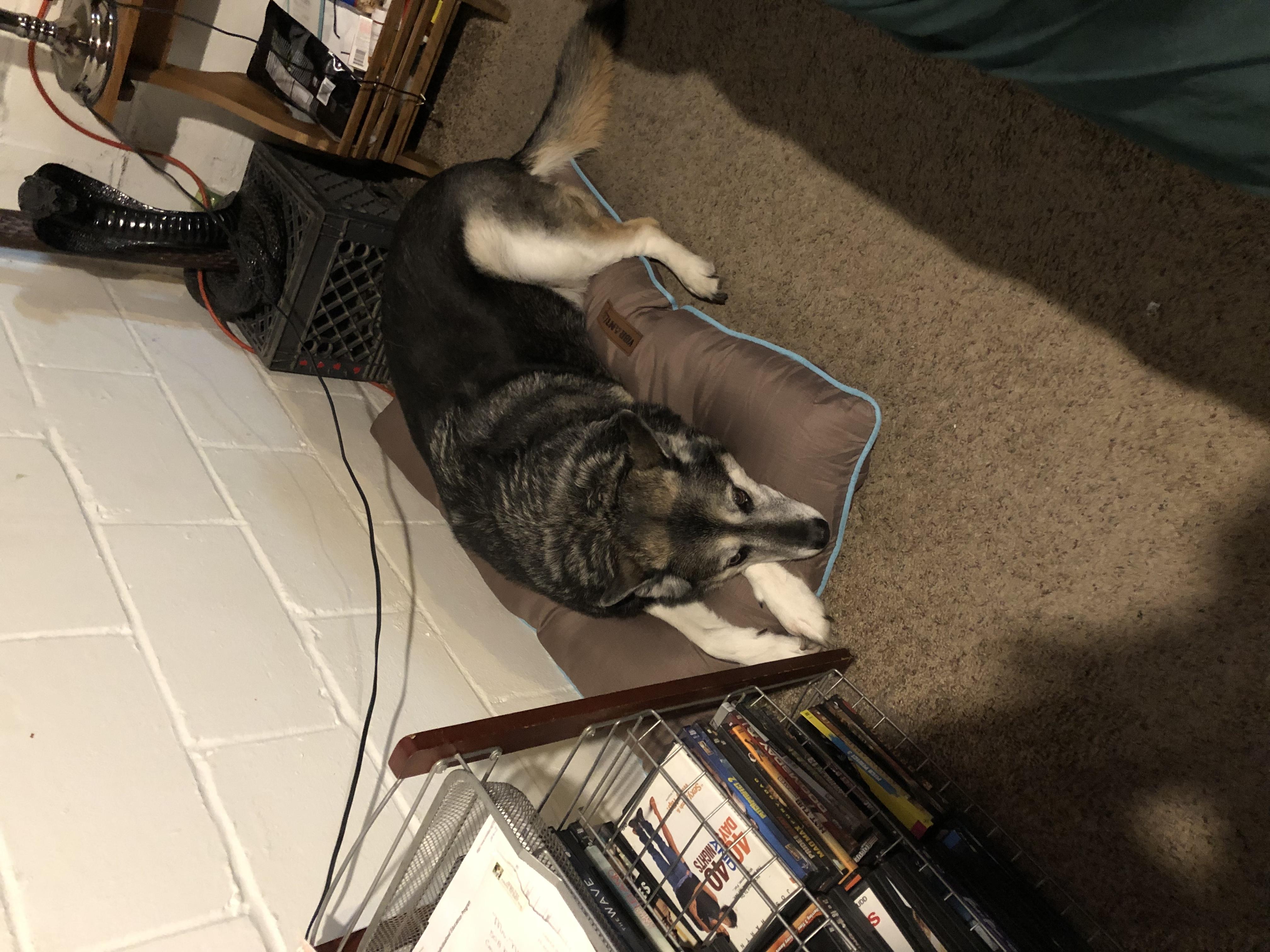 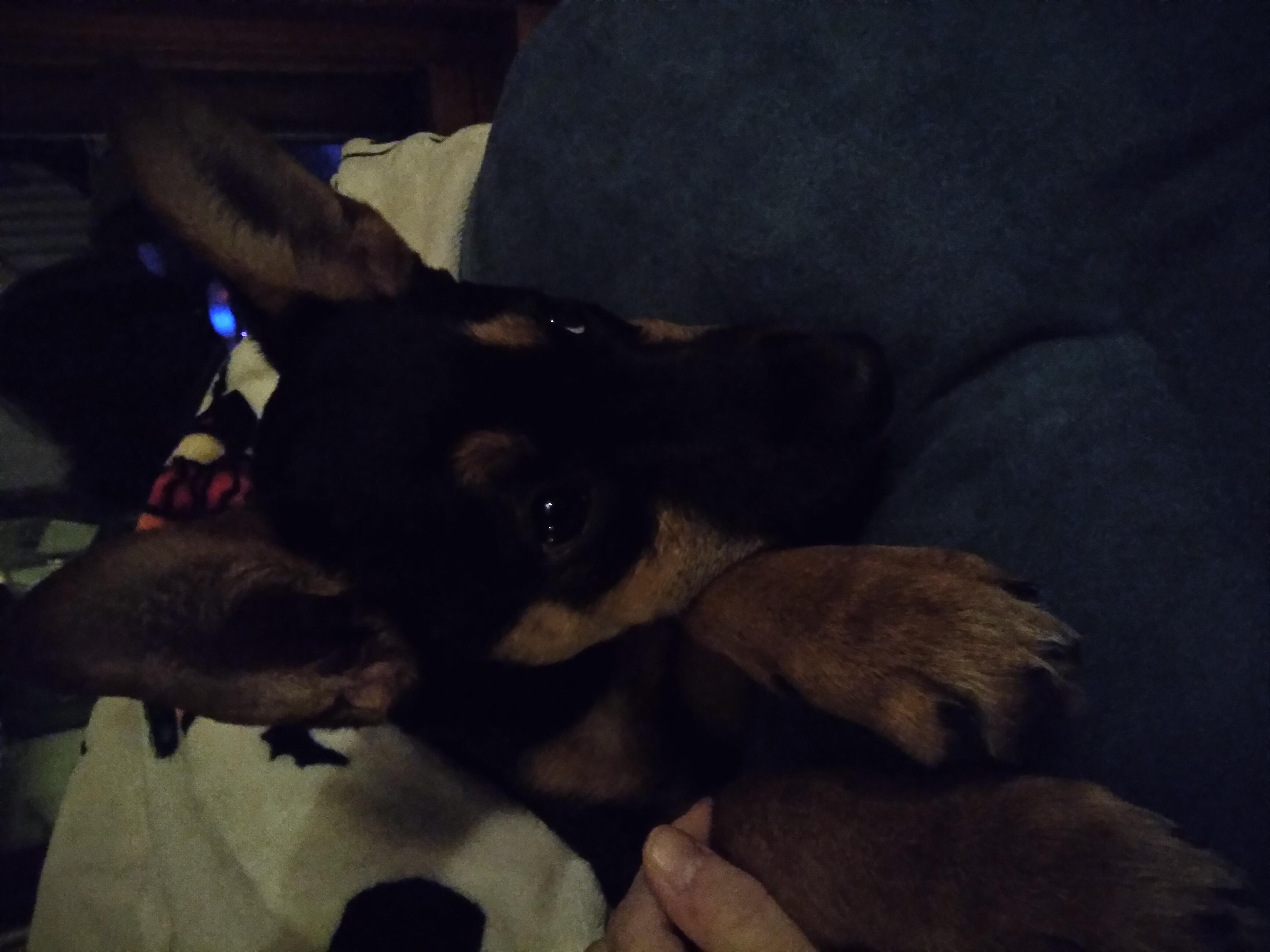 Photo uploaded by lily:i luv german shepherds.
1 of 12
German Shepherd
Back to top