There is controversy over the origin of some Egyptian dog breeds. According to the International Caine Federation (FCI), no dog is considered of Egyptian origin. The reason for this is due to the ancient nature of these canine beginnings. Although the animals in our list of Egyptian dog breeds have their origins in Egypt, the breeds have often been later developed in other countries. We know certain dogs not only originate in Egypt, but they are evidently very important to ancient Egyptian culture. We can see this in hieroglyphs which use dogs with various morphologies, perhaps most noticeably in depictions of Anubis, the god of the underworld with a man's body and a canine head.

At AnimalWised, none of our Egyptian dog breeds list have human bodies, but this doesn't mean they aren't fascinating in their own right. Keep reading to learn about six dog breeds with origins closely linked to ancient Egypt, with facts about their temperament and care, as well as photos to see what they look like.

The name of this dog breed immediately infers their Egyptian origins, taking their name from the monarchs of ancient Egypt. It is not only their name which evokes this period, but their appearance is similar to the head of Anubis, the Egyptian dog god. This is seen in their slender frame, poised snout and upright pointed ears. Although their development mainly took place in Malta, the Pharaoh Hound is one of the first that comes to mind when we think of Egyptian dog breeds.

Pharaoh Hounds are friendly animals which are very faithful to their guardians, but they are also quite independent. They are full of energy and are physically very resilient. Their hunting skills are adroit, so much so they will need appropriate levels of socialization if they are to co-exist peacefully with other animals in the home. This dog is always alert and can be very vocal, but they are also very intelligent and will respond well to education and training.

The most common health problems in Pharaoh Hounds are related to their musculoskeletal system. These include hip dysplasia and patellar luxation.

The Saluki is a type of sighthound native to various areas of the Middle East. For thousands of years they were used as a hunting dog thanks to their speed and precision when it came to capturing all kinds of prey. Arabic tradition dictated that Salukis could not be bought or sold. They could only be given as a gift as a sign of honor and many of them were given to Europeans, who introduced the breed to our continent. In 1923 the first official European Saluki breed standard was established.

A well-proportioned, athletic dog, the Saluki's legs are long and thin, as is their snout. This appearance also gives them an appearence like the Anubis dog god. They have short, soft fur that can be virtually any color. The most common variety of Saluki has characteristic fringes on the ears, back of the legs and tail. These tufts do not appear in the shorthaired variety.

In terms of temperament, they are independent, sensitive and cunning. They are somewhat distrustful of strangers, but very rarely aggressive. If properly socialized, they can be very sweet and affectionate with their loved ones.

The Saluki is a robust and resistant animal, with little predisposition to serious pathologies. Cases of eye problems have occasionally been documented in this breed, such as glaucoma or progressive retinal atrophy. Annual veterinary check-ups are recommended.

The Basenji is a small-to-medium-sized breed of dog with a weight of around 22 lb. Their origin is believed to date back to Ancient Egypt where the Basenji were the faithful companions of the pharaohs. In fact, it is suspected to be the oldest breed of dog in the world. Over time, the breed spread south and its greatest development took place in Central Africa. It was there these dogs were highly valued for their cunning and their ability to hunt and exterminate pests that threatened livestock.

The most characteristic physical features of the Basenji are their curled, pointed ears tail and wrinkled forehead. They make this breed unmistakable. Their body is short in proportion to their long limbs and their ears are triangular and erect, giving the basenji an ever-attentive appearance.

In addition to their physical appearance, the Basenji stands out for having a unique vocalization. Unlike most dogs, they do not bark. Instead they make a howling sounds which is reminiscent of a yodel. This is due to the positioning of their larynx and vocal cords.

The Basenji is an independent dog, usually being reserved with strangers, but very brave. They need good early socialization to learn how to relate correctly to other animals and people. They are said to have somewhat ‘feline’ sensibility. Their great agility allows them to jump great heights and even climb trees. They are very affectionate with their guardians and love to learn new skills. Obesity is a common issue so their diet and exercise needs careful consideration.

Look out for other dogs considered relatively quiet with our list of dogs that don't bark much.

From the name, you would not expect an Ibizan Hound to come from Egypt, but you can see dogs resembling this breed painted onto to pharaoh's tombs dating back to more than 3,000 BCE. It is believed their initial development began in Egypt before they were transported by the Phoenicians to the Balearic Islands. It was here the breed was developed until the Ibizan Hound we know today.

Individuals of this breed are slender, resistant and energetic. They need plenty of physical and mental stimulation on a daily basis. They are affectionate, patient, sociable and devoted to their human guardians. They enjoy long walks in the countryside and are usually very tolerant of children and other animals. As with many of the other Egyptian dog breeds, they do tend to be somewhat reserved with strangers. Proper socialization and education is important.

There is a common myth that the Ibizan Hound is immune to leishmaniasis. For this reason, many guardians choose not to vaccinate their dogs. There is some evidence to suggest they have some resistance to the effects of sandfly mosquito bites and they have a fast acting immune system. However, they are not completely immune and many individuals can suffer the very serious consequences of this disease. For this reason, vaccination and other protections are still required.

Learn more about what happened to the Ibizan Hound's development with our article on different Spanish dog breeds.

Also called the Egyptian Sheepdog, the Armant is named in honor of the Egyptian city where they are believed to have originated. This breed is not currently recognized by the International Cynological Federation (FCI). Although their history is not entirely clear, it is thought to be a result of crossbreeding between local dogs and other breeds brought from Europe, such as the Bearded Collie. Currently, the Armant is used as a herding dog for livestock and also for guard work.

This dog is medium-sized and its weight ranges between 50 to 65 lb. They have a semi-long and rough coat that can come in various colors, the most frequent pattern being the combination of black and brown tones. Most specimens have erect ears, although some individuals will have drooping ears. Their body is muscular, their extremities are very strong and it has considerably thick paw pads to be able to move easily on different terrains.

The Armant has a strong character, is energetic, intrepid, outgoing and very brave. It is an ideal dog for active families and, with proper socialization, it is friendly and patient with children and other dogs. They learn very quickly, being both very intelligent and very observant dog. They will always be attentive to everything that happens around him.

In addition to complying with the vaccination and deworming schedule, it is important to take good care of their coat. It can easily become tangled and create knots. Ideally, the Armant will need brushed between three and four times a week. See other Sheepdog types with our list of herding dogs.

We finish the list of Egyptian dog breeds with the Baladi. Their name comes from comes from Arabic and means "of the country". In this case, it is used to indicate the dog is of national origin. The Egyptian Baladi dog is not a breed as such. Rather, it is the name used to designate the street dogs of Egypt that emerged as a result of random crossbreeding over the years between other resident breeds. These include the Ibizan and the Pharaoh Hounds.

The vast majority of Baladi dogs are slender, medium-sized animals with large, erect ears and a semi-coiled tail. Their fur is short and is usually sand-colored. In some cases, it is combined with black or white markings. Due to their status as a semi-wild dog, the Baladi is a cautious and somewhat distrustful animal, but if they are educated and socialized like any other dog, they can be wonderful company.

Due to the expansion of these animals throughout the country, many people abuse them, mistreat them or cruelly slaughter them to reduce their population. Fortunately, today several associations and animal groups are fighting to improve the quality of life of these stray dogs. They do this by promoting their sterilization and looking for homes where they are welcomed or adopted permanently, either within the country or in other parts of the world.

If you want to read similar articles to Egyptian Dog Breeds List, we recommend you visit our What you need to know category. 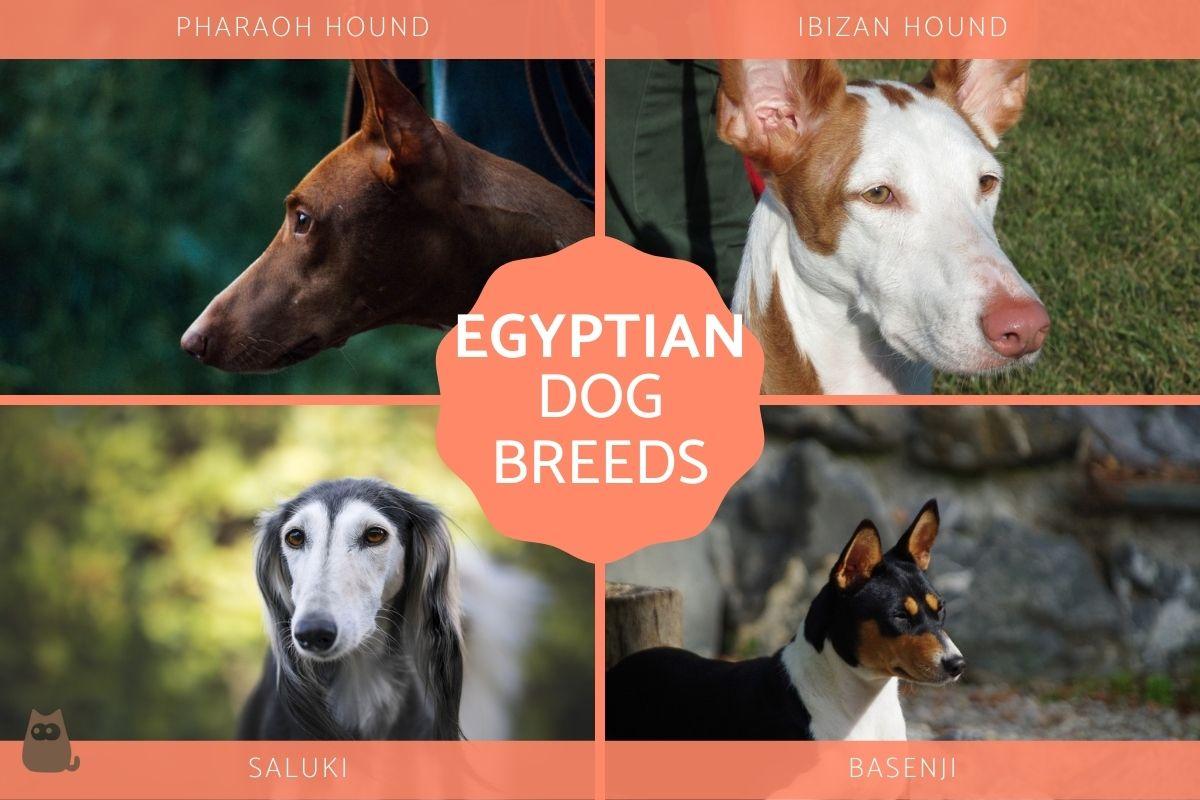 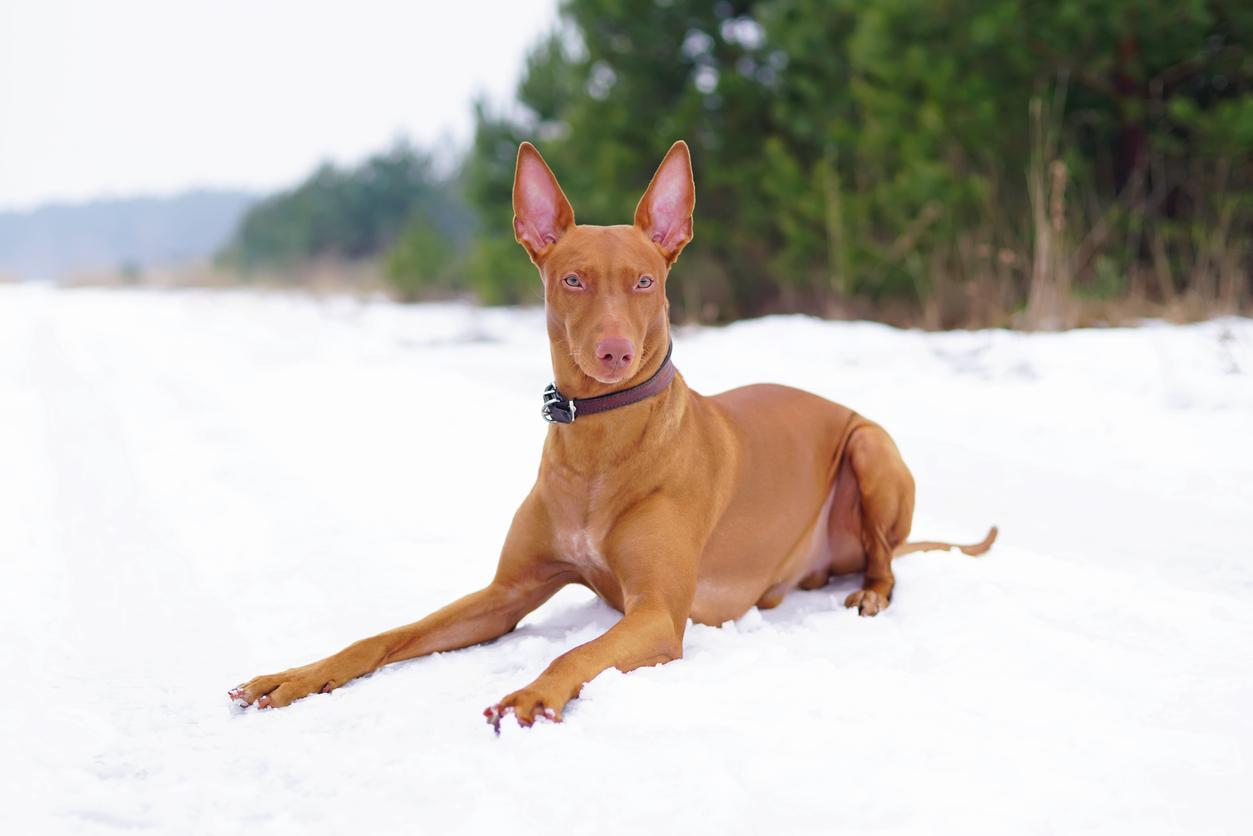 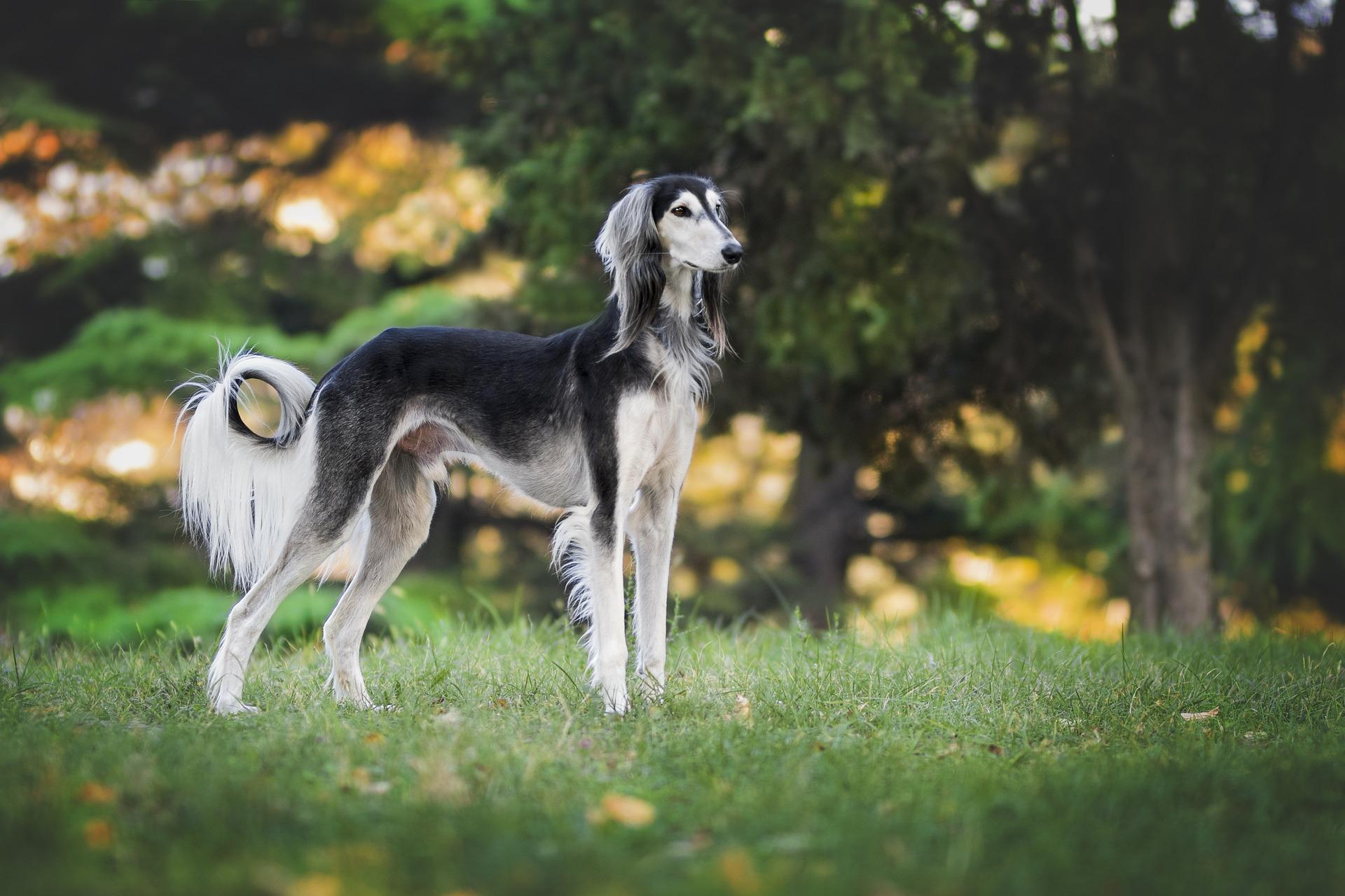 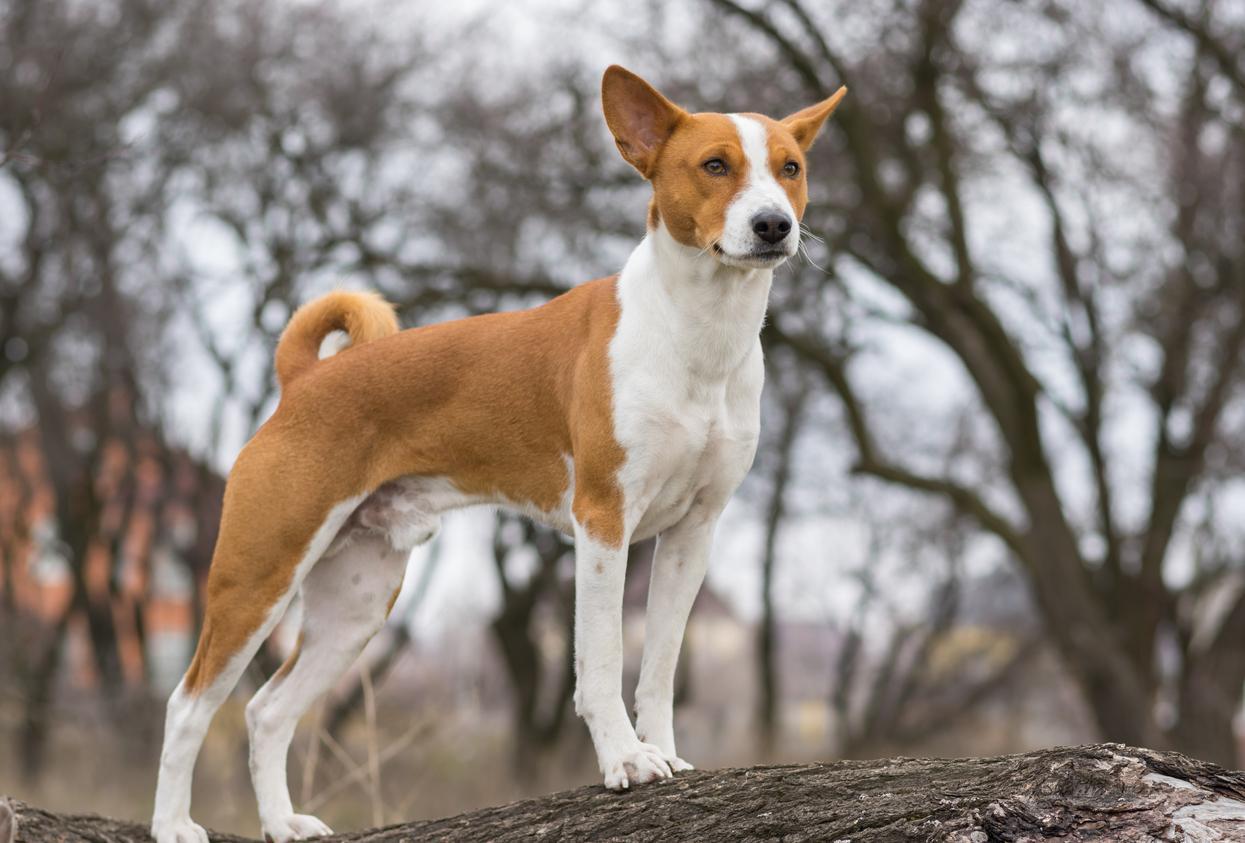 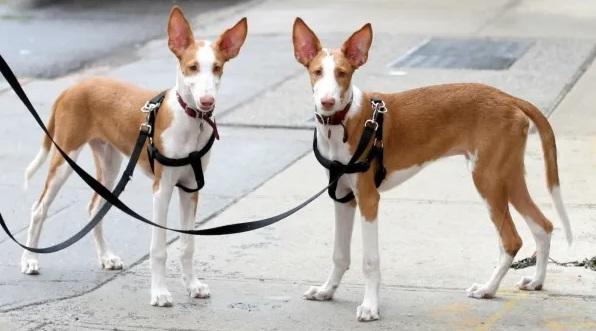 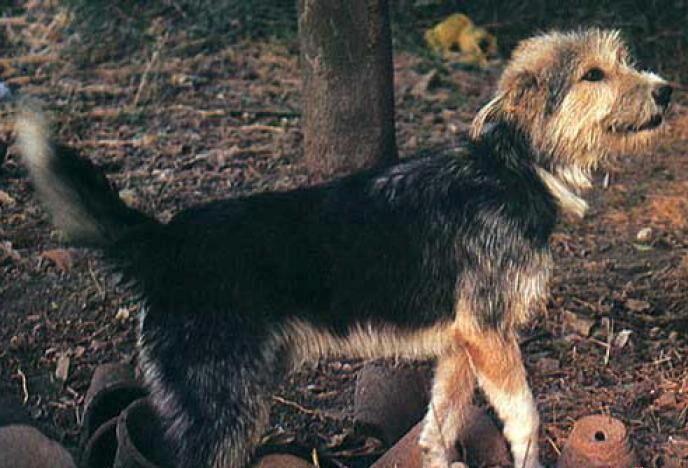 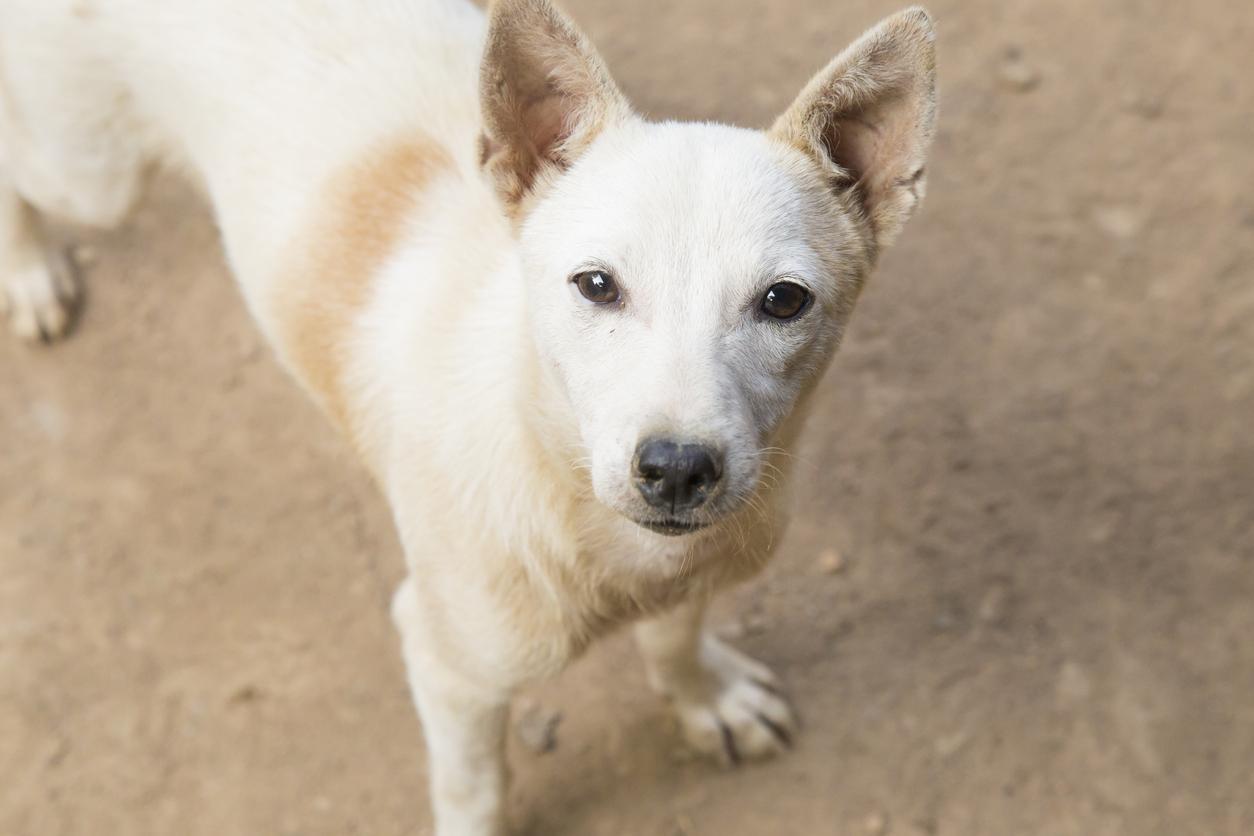