Before we bring you our list of Korean dog breeds, it is important to note there is only one official Korean dog breed. This is because the International Canine Federation (FCI) and other breed associations only officially recognize the Jindo Dog. However, although not yet officially recognized, there are other dog breeds from Korea which have been established to varying degrees. Although they may not have an official breed standard, they have heritages and characteristics which we share in our AnimalWised list of 6 Korean dog breeds with photos.

It is believed that this breed has lived on the South Korean island of Jindo for thousands of years. Although their popularity has increased in recent years, it is still very difficult to find specimens outside their country of origin.

The Jindo Dog breed is a medium-sized dog, weighing between 30 and 50 pounds. Their appearance is similar to that of other ancient dog breeds. They are muscular with a well-proportioned body. Their ears are erect, they have a curled tail with bushy hair and small eyes. They have a double-layered coat which is soft to the touch and can present in many colors, including white, black, red fawn, wolf grey and even brindle.

The character of the Korean Jindo is strong and protective, but also independent. They are very dedicated to their human family, but can be wary of strangers. It is essential these dogs are well socialized from the time they are young and they are provided with sufficient physical and mental stimulation. Neglecting these educational factors will likely result in behavioral problems. They are not a breed recommended for first-time dog guardians.

The Nureongi is the most common dog in South Korea. It is a mongrel dog whose name in Korean means ‘yellow’ ion English. Although there are also brown or black specimens, the most common coat color of this dog is a yellowish orange.

Its appearance and temperament are very similar to other dogs of Asian origin such as the Korean Jindo, the Pungsan or the Shiba Inu. Unfortunately, the Nureongi is not commonly considered a companion animal in Korea. It is often raised on farms for the subsequent sale and consumption of its meat.

Fortunately, individuals and associations are fighting to improve the lives of these dogs. A growing campaign to support these animals is making visible the terrible mistreatment they suffer, rescuing them from farmers and looking for families to adopt them.

Also known as the Cheju Dog, Chaeju, and JejuGae, the Jeju Dog is believed to have its origins in China. Eventually it reached the Korean island of Jeju about 5,000 years ago where it was mainly developed. For this reason, it is now considered a Korean dog breed. The dog was saved from extinction in 1986 when an initiative was launched to protect the few specimens which remained at the time and encourage their breeding.

Despite these initiatives, it is still relatively uncommon to find this dog breed even within Korea. The Jeju Dog is a medium-sized muscular dog with an athletic disposition. They are very attentive to their surroundings and can respond with speed and agility. These characteristics combine to make them an excellent hunter, something which needs to be considered if they are to live with other animals.

The Sapsali is a relatively-smaller Asian dog breed of Korean origin, although not considered a small Asian dog breed. They are highly valued in their country of origin where they have been nicknamed the ‘ghost hunter’. This is because they have said to be able to scare away evil spirits. There were only a few specimens remaining at the beginning of the last century. However, thanks to some passionate lovers of the breed, they were save from extinction and their populations have increased.

While the breed has been maintained, the intensive breeding required to do so has led to some genetic issues. The results are the tendency to develop certain diseases such as hip dysplasia or ocular pathologies.

The Sapsali is a medium-sized dog with a long and dense shaggy coat. It can be smooth or wavy and present in a variety of different colors, both solid and patterned. On their head, the hair falls straight over their eyes and forms whiskers on their snout. Their nose is relatively large and can be black or brown, depending on their coat color.

This breed of Korean dog is usually quite independent, protective and somewhat distrustful of the unknown. If they are well socialized and educated, they can be a great family dog. Well-socialized Sapsali dogs are playful and tolerant with children. They can adapt well to apartment living, as long as they are given sufficient exercise, stimulated both physically and mentally, and allowed to experience new environments.

In 1956, the Pungsan was declared a national monument of North Korea and in 2014 it was named South Korea's national dog. This breed was originally bred to hunt large animals that lived in the North Korean mountains, such as wild boars or tigers. It was also widely used as a guard and companion animal. Along with the Korean Jindo, the Pungsan is one of the most popular Korean dogs.

Its appearance is very similar to that of the Jindo dog, although the Pungsan is somewhat larger. It is able to reach over 65 pounds in weight. It has the typical characteristics of a Spitz-type dog, specifically its erect ears, its curled tail and its dense double-layered white fur that allows them to withstand sub-zero temperatures.

It is recommended that potential guardians of a Pungsan have previous experience in canine education and have enough time to dedicate to their care. They are a powerful and very resistant dog that needs a lot of daily physical activity. They are usually very protective and have a strong hunting instinct, so it must get used to tolerating other people and animals from a young age.

The Korean Mastiff is a giant-sized Korean dog that can reach up to 170 pounds in weight. The breed was developed as a guard dog during the 19th century from other breeds with similar characteristics, such as the Tosa Inu, the Neapolitan Mastiff and the Dogue de Bordeaux. Take a look at our related article to learn about other Mastiff dog breeds.

Their body is covered with large folds of skin that hang over their face, neck and extremities. They have drooping ears that are much longer than those of other Mastiffs. They have small, dark-colored eyes, as well as a black snout and nose. The rest of their body is chocolate brown or mahogany and their coat is short, shiny and smooth.

Despite being a breed created for guarding purposes, the Korean Mastiff is a sweet, affectionate and good-natured dog. They are very tolerant of children and other animals, making them an excellent family dog. Despite being a giant dog breed, they can live in a house with a garden or in a flat. This is because they are a fairly lazy dog and don't require high amounts of much physical exercise. We will still need to take them out for daily walks to keep them active and prevent obesity and other serious health problems.

With this incredible Mastiff, we end our Korean dog breed list. As we can see, all six breeds are medium-to-large dogs, so there are no small breeds known as Korean. If you want to continue learning and discovering new dogs, do not miss this article about rare dog breeds.

If you want to read similar articles to Korean Dog Breeds List, we recommend you visit our What you need to know category. 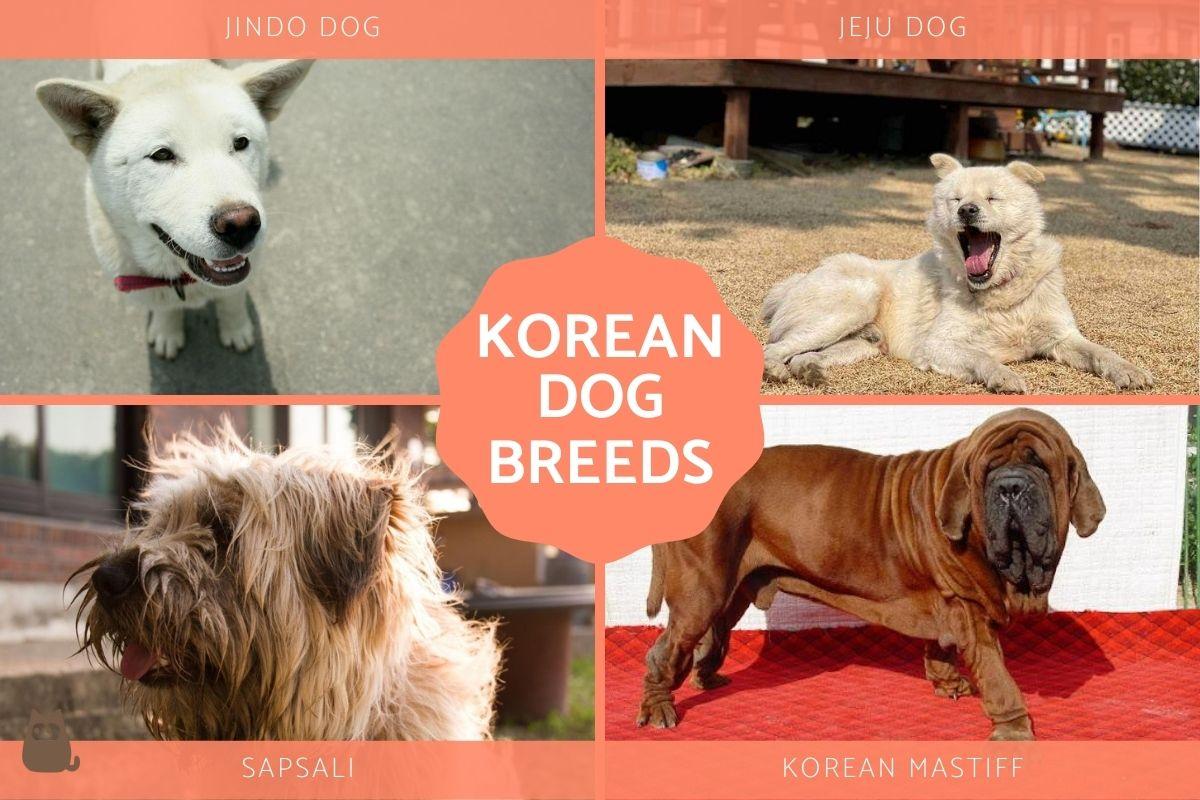 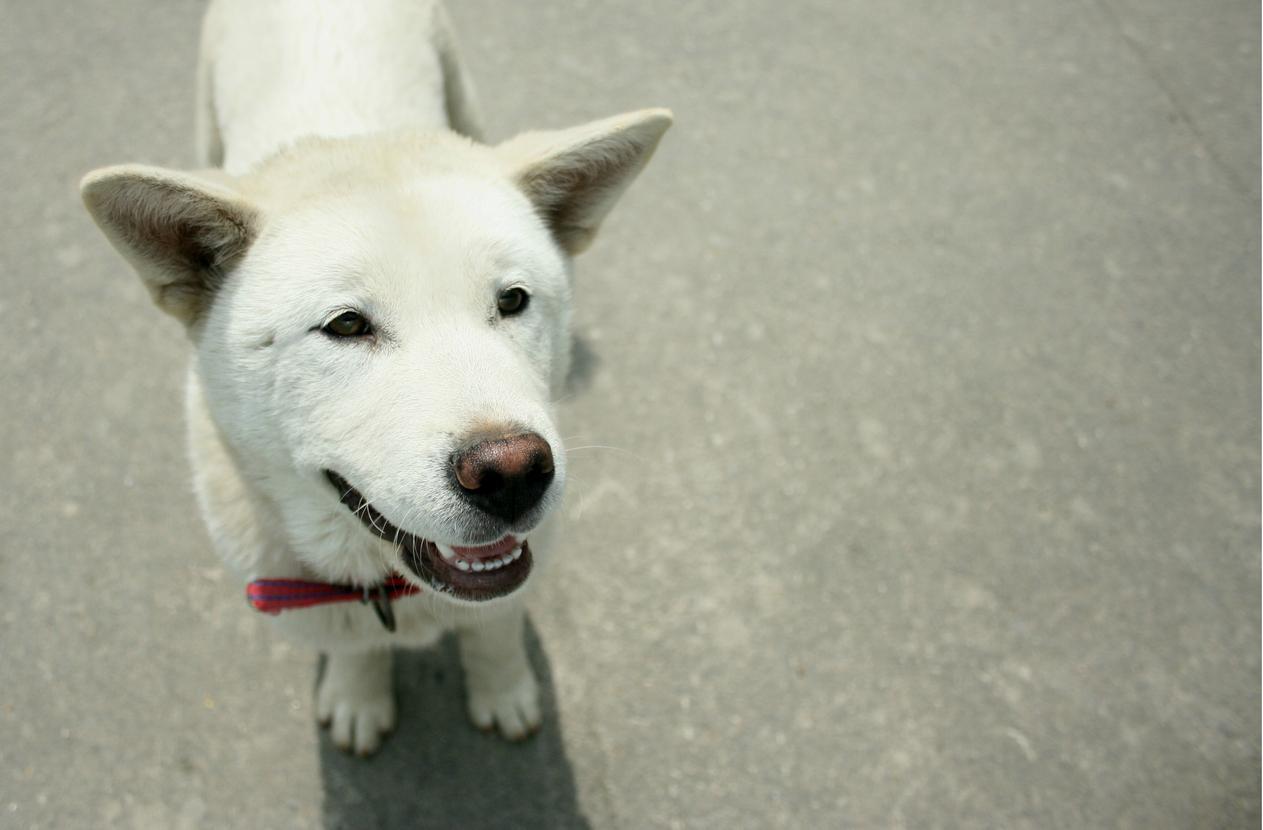 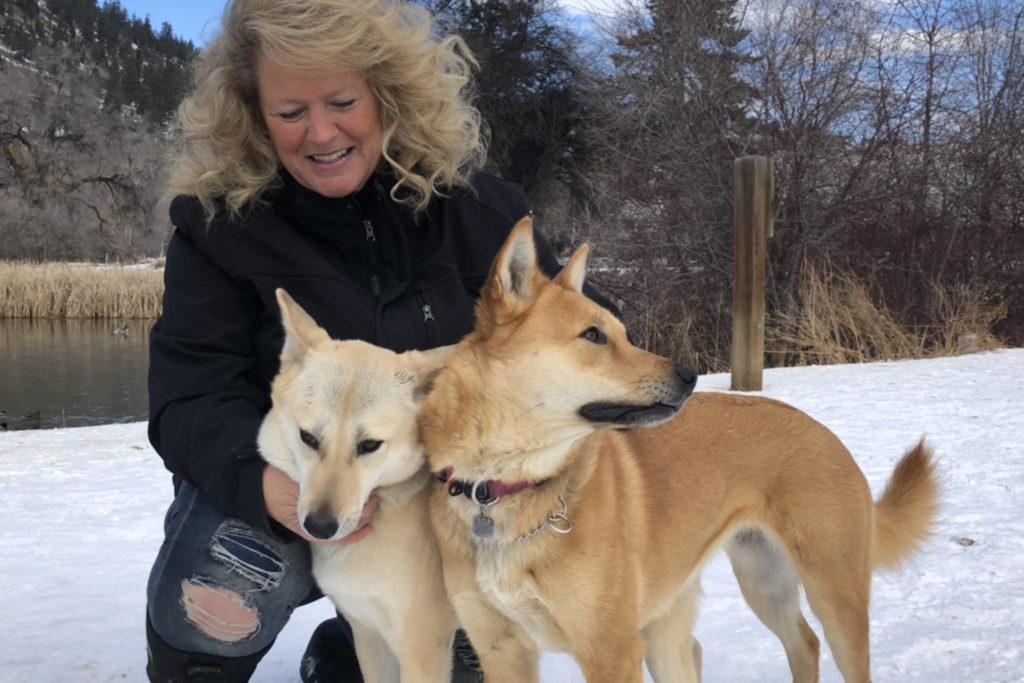 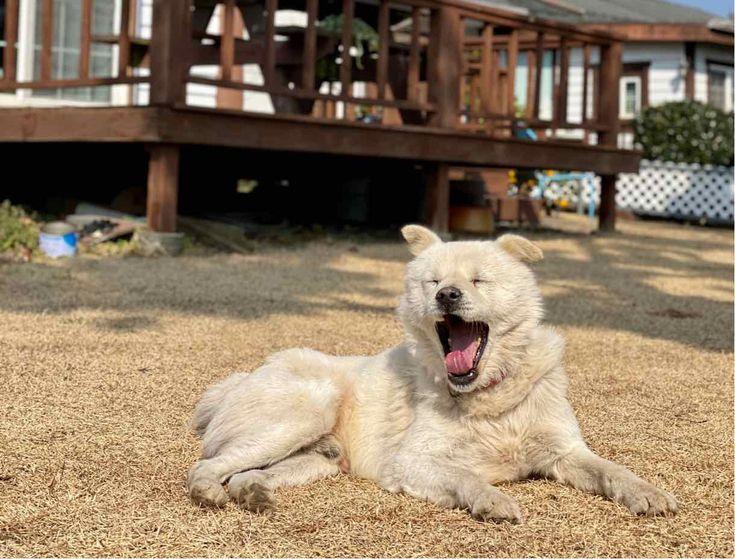 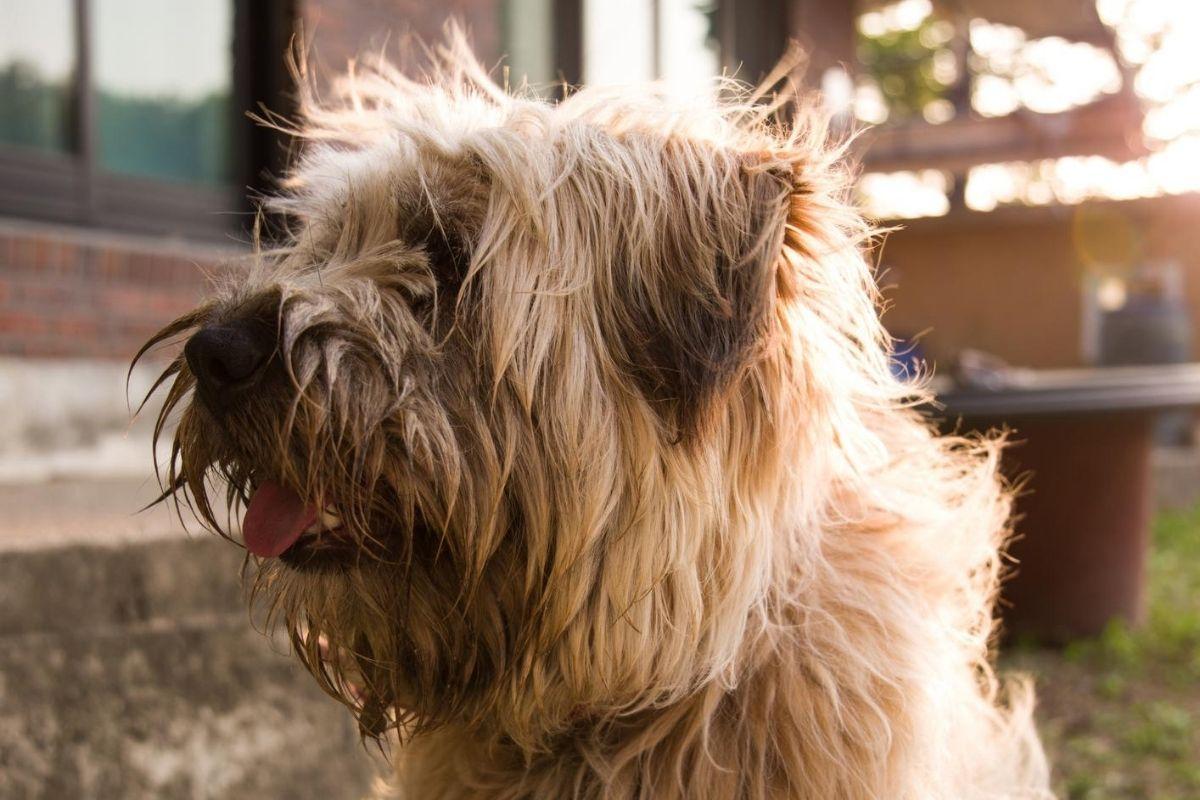 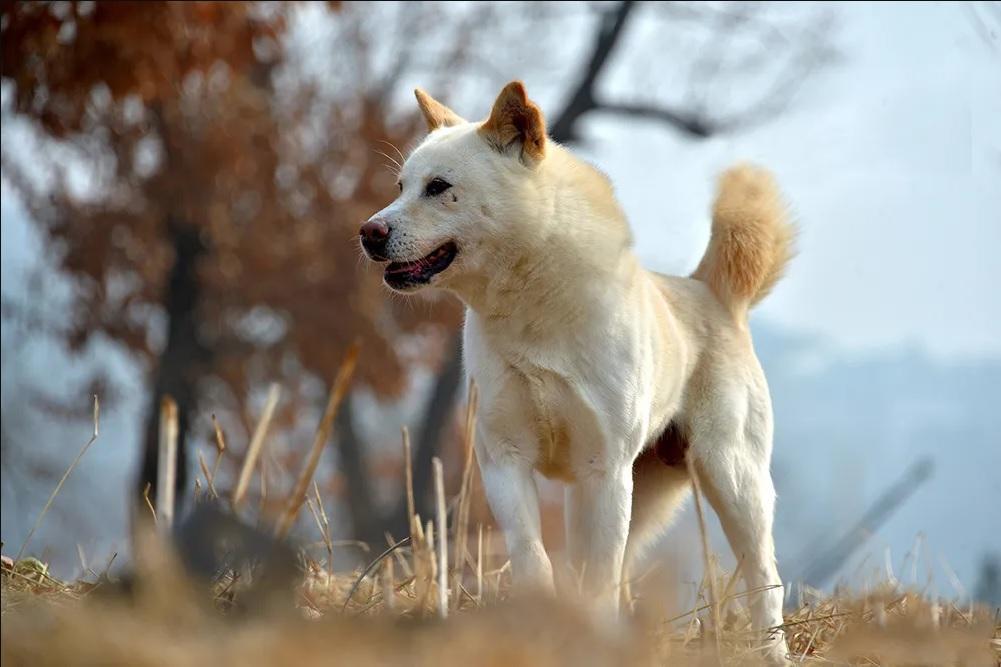 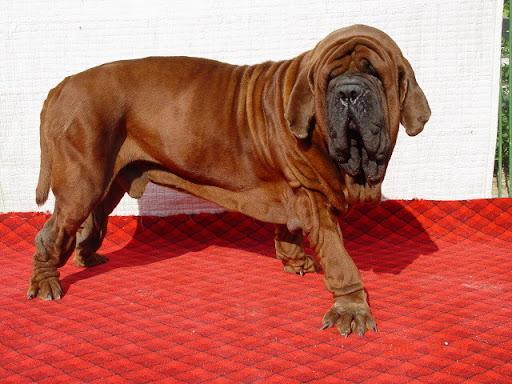 Image: pinterest.com
1 of 7
Korean Dog Breeds List
Back to top