When we think of dogs which fall under the Sighthound (gazehound) type, what comes to mind is their privileged physical structure that allows for great agility and speed. However, sighthounds are also very special dogs because of their extremely loyal and calm characters. Therefore, it is not strange that they are very popular dogs. And fortunately, many people have join the initiative in adopting hounds which have been rescued from illegal farms.

There are currently several unrecognized types of sighthounds. Despite having similar fundamental aspects when it comes to morphology, they do in fact have their own characteristics and require specific care. For this reason, in this AnimalWised article, we invite you to discover our top 11 sighthound breeds.

You may also be interested in: Italian Dog Breeds- TOP 10!
Contents

The 11 most popular sighthounds breeds in the world

Interestingly enough, both The Kennel Club and American Kennel club do not recognize the sighthound as a specific dog group. Instead, they are included in a generalized ‘‘hound’’ group. The FCI however, categorize the sighthound group as a breed of hunting dogs, which are famous for their speed and sight. Keep reading below to find out more about the 11 most popular types of sighthounds in the world.

This hound breed is originally from Afghanistan and is characterized by its long and abundant coat. This coat is both fine and silky to the touch. Besides their attractive appearance, Afghan hounds are known for their intelligence and fast running speed.

First findings of this breed was located around the year 10,000 BC and they were finally registered in the 19th century. Historically, they were used for hunting. But, they were also used to accompany the nomadic tribes of Afghanistan as shepherd dogs.

If you have or would like to adopt an Afghan hound, you should know that this lovely companion requires attention when it comes to the maintenance of its mantle. Find out about how to care for an Afghan Hound’s coat here.

The Sloughi, also known as the Arabian hound, are still somewhat unfamiliar to Western culture. They are however highly appreciated by their home Arab countries .They are characterized by their tall and elegant bodies, wedge-shaped heads and triangular ears. Their fur is smooth, thin and short.

Its origins, which date back many years, are still uncertain. However, it is estimated that they were possibly born in what we know today as Ethiopia. Its expansion in the Maghreb would have been to work with Bedouin nomads, who used them as hunting dogs.

For many years, Arab greyhounds were exploited for hunting. This cruel hunting method consisted of carrying the dog on the rump of the horse and then forcing them to pursue prey such as gazelles or antelopes. Fortunately, this activity is now prohibited.

Azawakh is a sighthound originating from: Azawagh Valley, Mali, Niger and Buskina Faso in West Africa. They are characterized by their privileged poise, exhibiting a body taller than their length, as well as remarkable elegance.

These dogs were initially bred and adopted as a symbol by the Tuareg cute tribe. They were used as guard and hunting dogs. These dogs were only introduced in Europe in the 70s, and therefore it has taken many years for them to be recognized in other countries.

The Scottish Deerhound, originally from Scotland, is a giant dog, with a well-proportioned body, sporting elegant lines. One of its main characteristics is that it looks like a greyhound with hard hair. Its coat is rough, long and "disheveled". But its hair on its legs is much softer than the rest of its body.

The Scottish deerhound is an ancient dog breed and there are several theories about its origins. Some hypotheses affirm that its ancestors include those dogs that were used to accompany the Phoenicians in their expeditions. However, it has also been claimed that Scottish deerhounds could descend from dogs that were introduced into the British Isles by the Celts, around 280 BC. C.

The Spanish greyhound is a very popular dog in Spain. Unfortunately it is one of the most battered breeds in its country of origin. Due to its privileged morphology, this dog sports incredible physical resistance, agility and natural abilities. Throughout history they have used for both hunting and dog races.

In addition to being subjected to very hard training and treatment, many greyhounds end up abandoned when the hunting season ends or if they do not perform in races. Recently, many people have become aware of this cruel treatment and have begun to promote special adoption campaigns to aid abandoned greyhounds and victims of abuse. Thanks to this, the Spanish greyhound has begun to gain popular across the world.

The Italian greyhound is also known as the "little Italian whippet" or "mini greyhound" and it is one of the most appreciated types of small sighthound breeds. It is also among the smallest dogs in the world. Its body has an average height to the cross of 33 to 38 centimeters, with an weight of 2.5 to 4.5 kilos and a well-developed musculature. Because of their small size, Italian greyhounds have not been used for hunting. But it is estimated that this breed has a long history as a companion animal, as they were already present during the period of aristocracy in Ancient Rome.

Unfortunately, between the 19th and 20th century, Italian greyhounds were subjected to "dwarfing" processes through selective breeding. This was done in order to differentiate them aesthetically from the Whippet. This type of breeding has resulted in negative health consequences for Italian greyhounds, such as; cases of dwarfism and physical deformation. At the moment, there are many breeders who are now dedicated to reverse this negative process.

The English greyhound may be one of the most popular sighthound breeds worldwide, along with the Afghan hound. Its origins are still somewhat uncertain, but it is estimated that the Arabian greyhound could be its main ancestor. Its introduction to the British Isles took place around 900 AD, after the arrival of merchants.

It is a tall and thin canine with a privileged musculature. This musculature places it in first place among the fastest dogs in the world. Because of their physical capabilities and predispositions, English greyhounds have been and continue to be exploited in cruel "recreational" careers. There are currently many initiatives which were introduced to encourage the adoption of abandoned or rescued greyhounds from illegal breeding clubs.

The saluki is a very old dog breed and its history still remains somewhat uncertain. They are said to be native to the Middle East. Its body is elegant and symmetrical, with a height at the withers that can vary between 58 and 71 centimeters. There are two known varieties of salukis a: the long hair and the short hair, the former being somewhat more popular than the latter.

Thanks to their remarkable performance as a hunting dog, the Saluki have gained enormous fame in the Arab world. According to tradition, they cannot be sold but can only donated as a token of gratitude and honor. In western countries, salukis have been adopted as companion dogs , known for their: calm, affectionate and very loyal character.

Borzoi also known as the Russian wolfhound, while not as popular as the other types of sighthounds: are considered by many to be the most beautiful and elegant sighthounds. Their bodies are tall and thin, with a height at the withers between 69 and 81 centimeters, and a body weight of 30 to 60 kg. One of their most notable features is their long and wavy coats, which does not reach the ground like that of the Afghan hound.

Historically, the borzoi type accompanied Russian tsars and nobles and were used for hare and wild wolf hunting. Their coats are a natural revolutionary adaptation aiding in their survival during harsh Russian winters.

The Whippet is a type of small sighthound, however the Italian greyhound is even smaller. It has a height at the withers of between 43 and 56 centimeters and a body weight of 12 to 13 kg. Its appearance is similar to that of an English greyhound, but smaller.

According to local legends, Whippets were bred to be "greyhounds of the poor". This is because it was very expensive to acquire and maintain an English greyhound. The tenure of an English greyhound was practically exclusive to English nobility and monarchy. Therefore, people of lower classes decided to mix some sighthound breeds to obtain an equally fast, but simpler and cheaper dog to maintain.

It has a thin and elongated head and a short, thick and soft coat. Its small ears are located in the back half of its head and its long tail is curved at the tip. Regarding its character, we must emphasize that whippets are considered gentle, calm and affectionate dogs.

The Irish wolfhound is, as its name suggests, from Ireland. It is said to be a descendant of the Scottish greyhound. It is among the largest dogs in the world. It is a giant dog, with a deep chest, long neck and well-developed muscles. Its pointed snout is very similar to the Scottish deerhound, as well as its long, thick hard-textured fur.

If you want to read similar articles to List Of Sighthound Dogs, we recommend you visit our What you need to know category.

1 comment
Rating:
Boz Scaggs
13/09/2020
The Sloughi was never forced to hunt as if one could force a dog to run after anything. While one might consider the hunting method as cruel to the prey it mimicked the way wild canids hunt. Hunting wasn't cruel to the sighthounds who got to do what nature and select breeding shaped them to do.

On the other hand thank you for recognizing the disregard Spaniards have for their dogs, at least the Spanish Greyhounds. The dogs are not seen as pets but more as tools. The Iberian Fighting Bull is probably the one animal in Spain more likely to suffer an inhumane death and perhaps the blindfolded bull fighting horse. Regarding the Spanish Greyhound there is a way of putting them down which is as humane as we can make it but these people will put money over the animals suffering via veterinarian medicine. Not only do they view the hounds as disposable they have a notion that only very young dogs are worth keeping. That would be like saying only high school and college athletes have abilities in their sport. The pro level athlete is too old. While not disregarding the treatment of some dog breeds in the U.S. there are laws against most forms of animal cruelty and the majority of the population supports these laws. The culture is Spain or the number of people ignorant to the plight of the Spanish greyhound means a long road to change.
List Of Sighthound Dogs 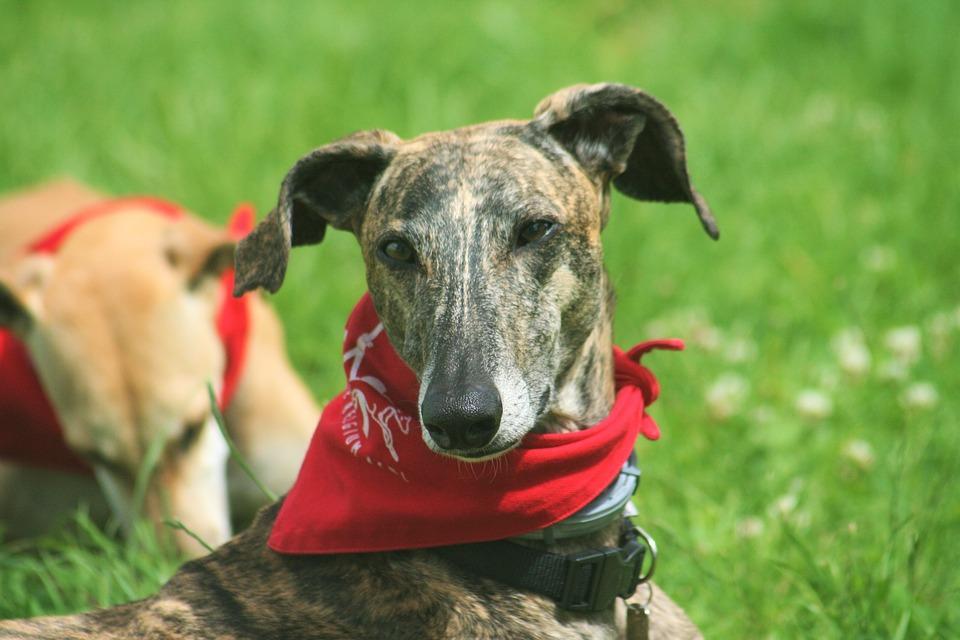 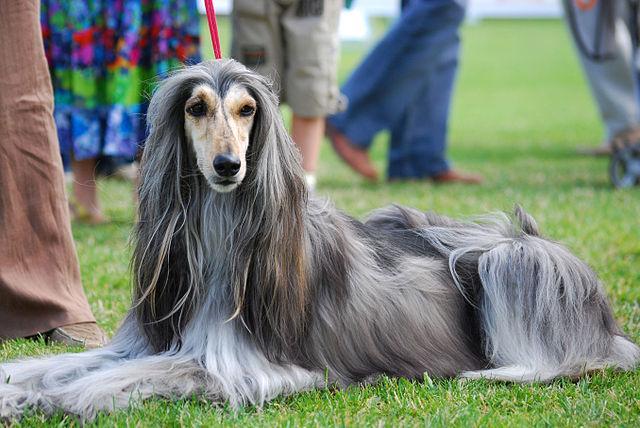 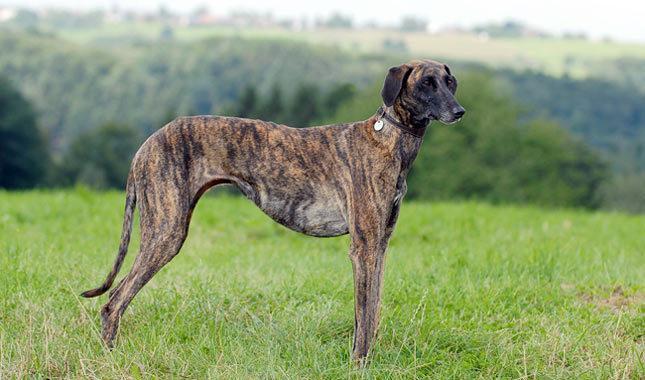 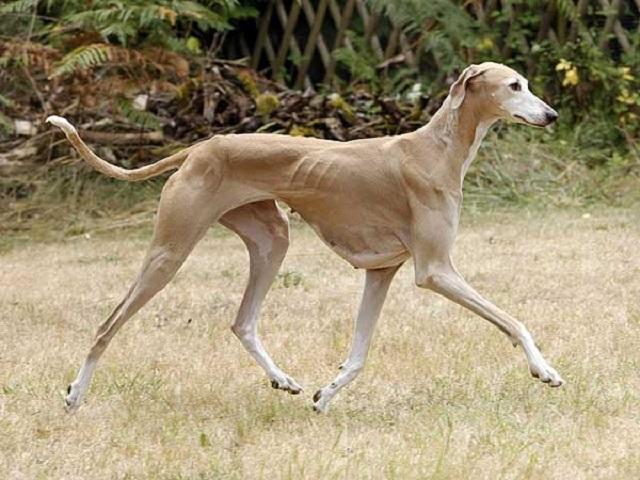 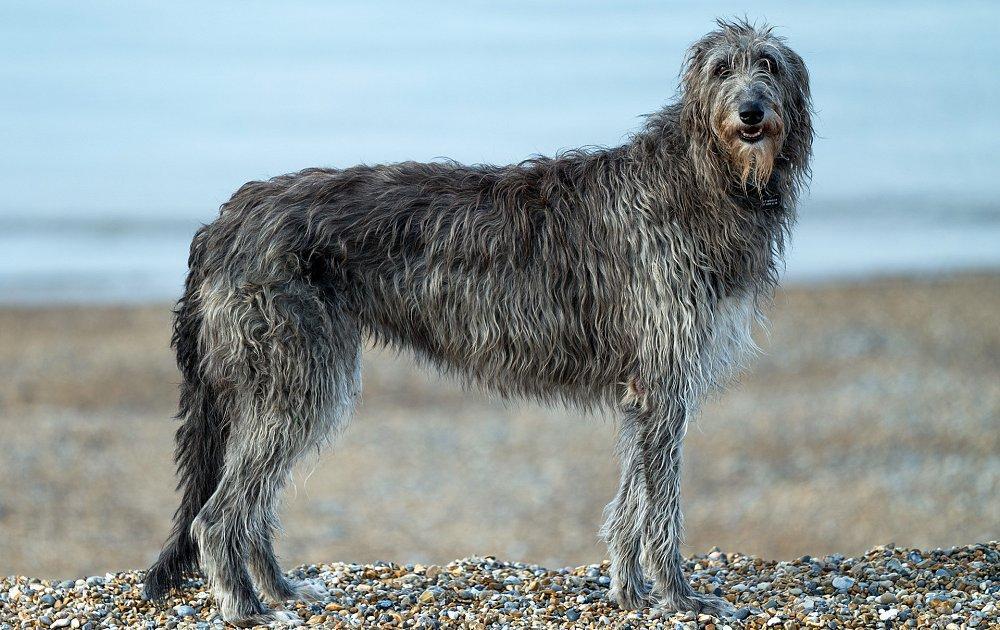 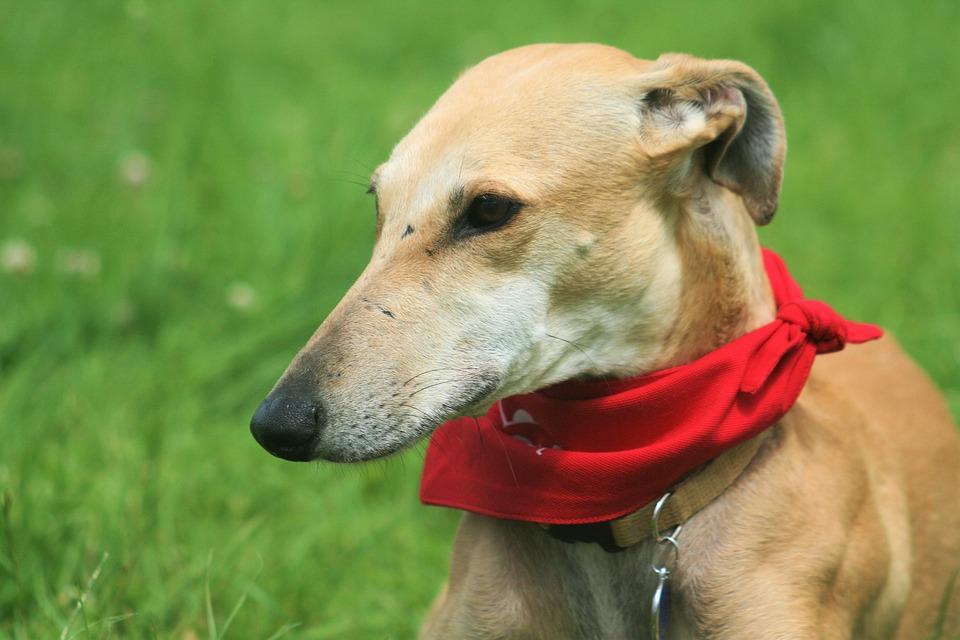 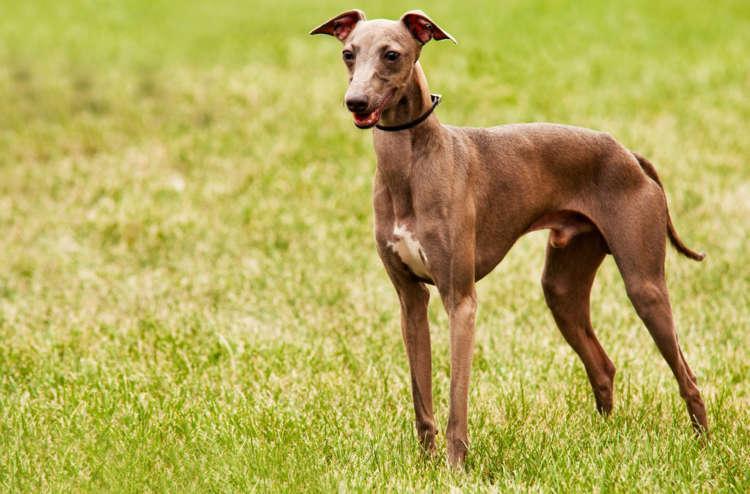 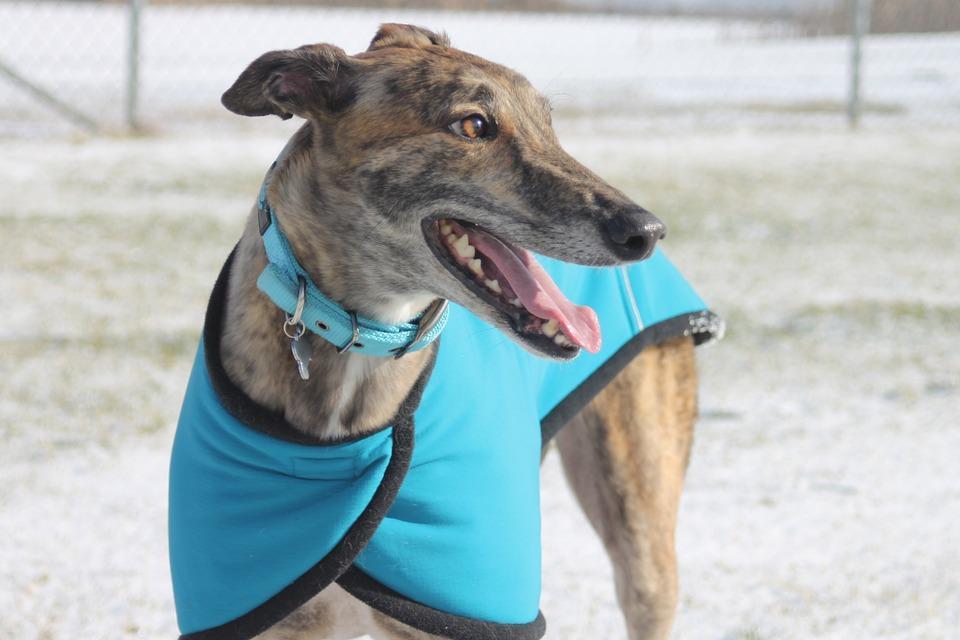 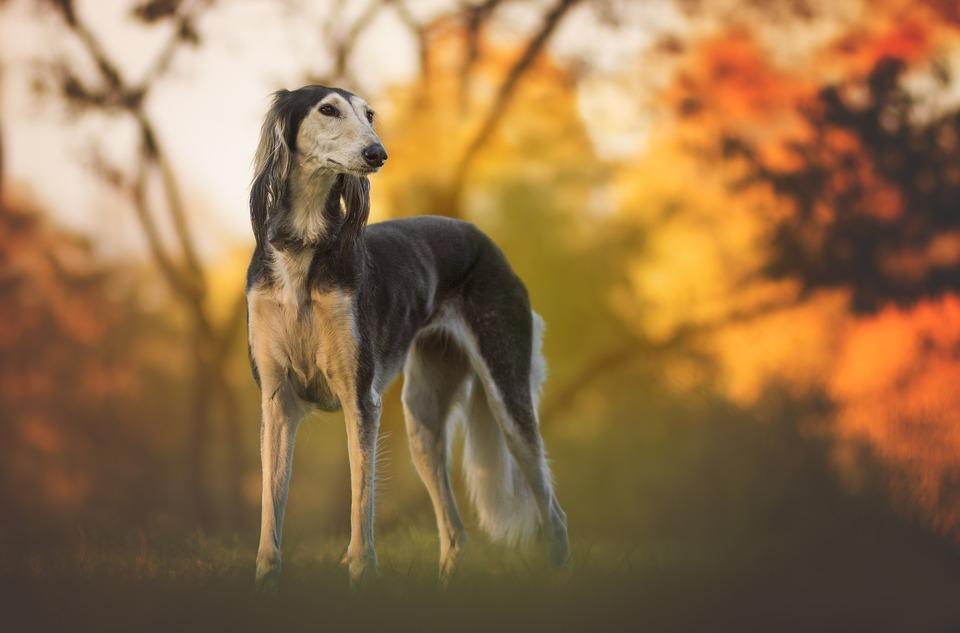 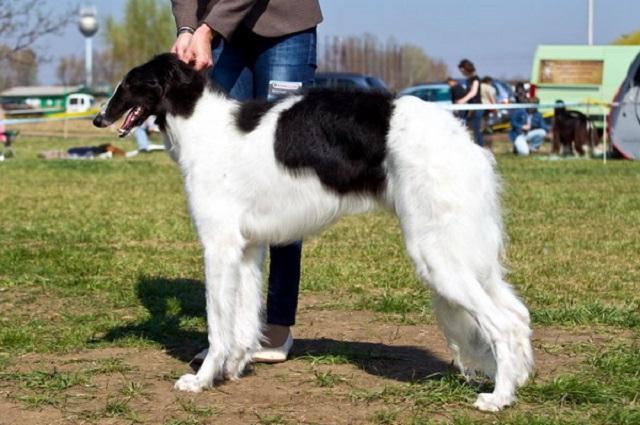 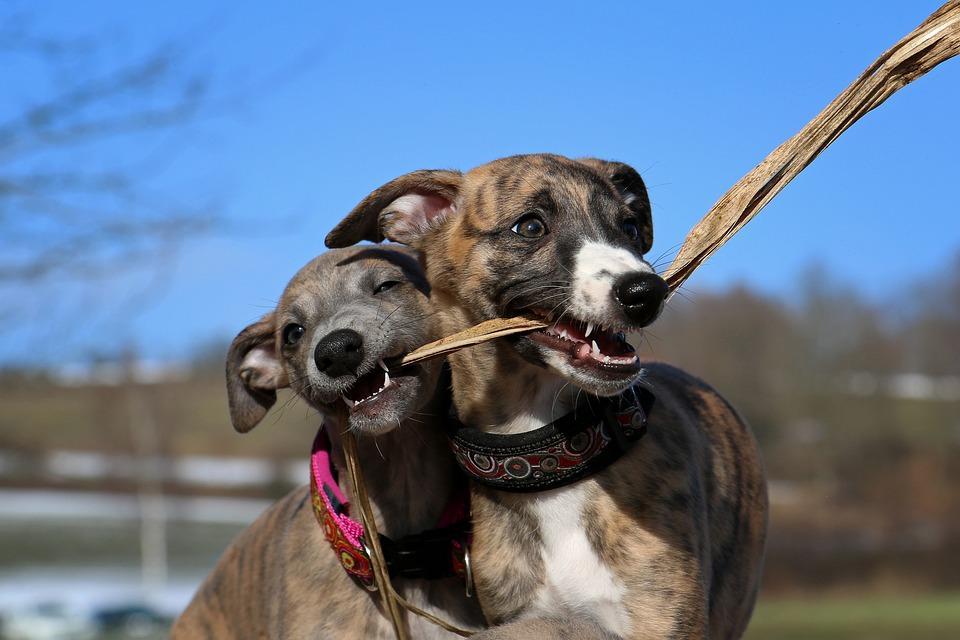 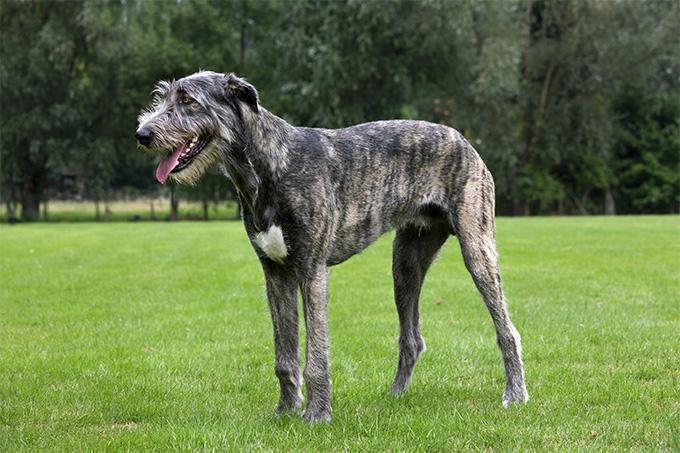