Encephalitis in Dogs - Symptoms And Treatment

For more about encephalitis in dogs, its symptoms, causes and treatment, keep reading here at AnimalWised.

You may also be interested in: Idiopathic Epilepsy in Dogs - Symptoms and Treatment
Contents

If you notice any of these above symptoms, you should contact your vet immediately. Keep reading to discover causes of encephalitis in dogs.

Other more infrequent causes of canine encephalitis are fungal infections caused by fungi, protozoa, rickettsiae or ehrlichiosis. In addition to the brain, a dog’s spinal cord can also suffer damage. Lead encephalitis, can be triggered in dogs that ingest lead materials, such as some paint or plaster. These occur more often than not in puppies. In these cases you may also notice symptoms such as vomiting, diarrhea or constipation.

For more about these above mentioned encephalitis causes, we recommend reading our following articles:

This type of encephalitis in dogs is caused by bacteria that reaches the brain through the circulatory system. This encephalitis type spreads from the nasal passage or an infected abscess present in areas such as the head or neck.

Post-vaccinal inclusion body encephalitis in dogs occurs after the use of modified vaccines or modified viruses. This encephalitis type is more likely triggered when both the distemper vaccine and the parvovirus vaccine are given to puppies less than 6-8 weeks old.

Meningitis and encephalitis in dogs

Meningitis is defined as inflammation of the membranes that cover the brain and spinal cord. Its origin is usually rooted in an infected bite, located in the area of the head or neck. In addition, bacterial infections that reach the brain from places like the nose or the ear can also lead to meningitis. The meningitis type, known as aseptic or viral meningitis, often has an unknown origin and affects larger breed puppies under the age of two.

For more, we recommend reading our article where we discuss everything you need to know about meningitis in dogs.

Necrotizing encephalitis in dogs (NE) is typical of small-sized dog breeds such as pugs or Yorkshire terriers. It is hereditary and affects younger dogs under the age of four. This encephalitis type can attack the whole brain or only specific areas. Even though rare, it circumscribes the optic nerves and can cause sudden blindness. Unfortunately, this disease is progressive and has no treatment. Drugs can, however, be prescribed to slow down its progression.

A diagnosis of encephalitis and meningitis in dogs requires an analysis of a cerebrospinal fluid (CSF) sample, which is extracted by a spinal tap. In addition, a veterinarian will have to perform various test to discover its underlying caused. Treatment and elimination will be based on the specific cause, with the aim of controlling its symptoms.

Corticosteroids may be prescribed to reduce brain inflammation. If the dog is suffering from seizures or convulsions, it may require anticonvulsants. Antibiotics can also be administered to treat encephalitis in dogs, if the cause is rooted in a bacterial infection.

The added problem of encephalitis in dogs is that, even once recovered, they can have sequelae such as seizures and other neurological symptoms.

The only contagious form of encephalitis and meningitis in dogs is that caused by the canine distemper virus. However, more often that not, canine encephalitis is NOT contagious.

If you want to read similar articles to Encephalitis in Dogs - Symptoms And Treatment, we recommend you visit our Neurological diseases category.

2 comments
Rating:
Linda Cook
15/12/2021
Sudden hyperactivity, uncoordinated movements non-stop
Kenney Brumfield II
07/10/2019
I believe my dog has Encephalitis. What is the best trearments that I can get him> We took him to the emergency vet and they gave us steroids and anti biotics

You have already provided the best care by taking them to the veterinarian. Is there any reason you think their treatment plan is insufficient?
Encephalitis in Dogs - Symptoms And Treatment 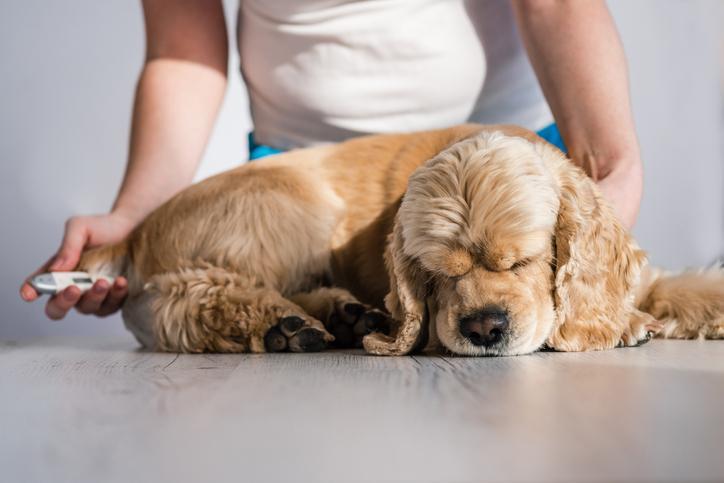 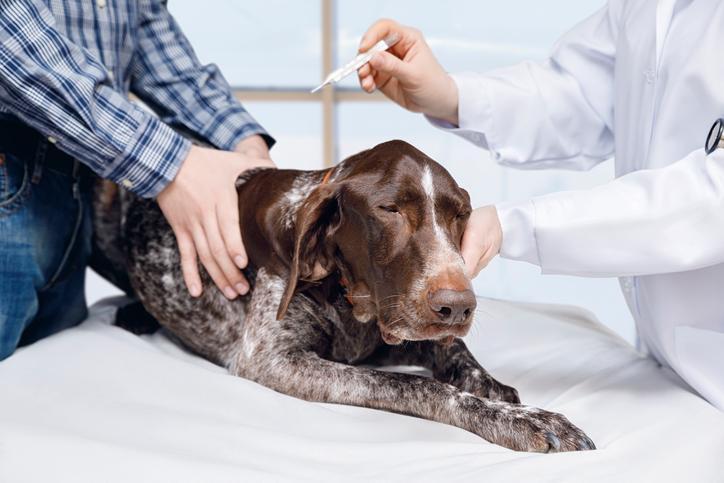