How and Why Do Deer Shed their Antlers?

By Janhvi Johorey, Psychologist specialized in animal therapy. Updated: May 24, 2017 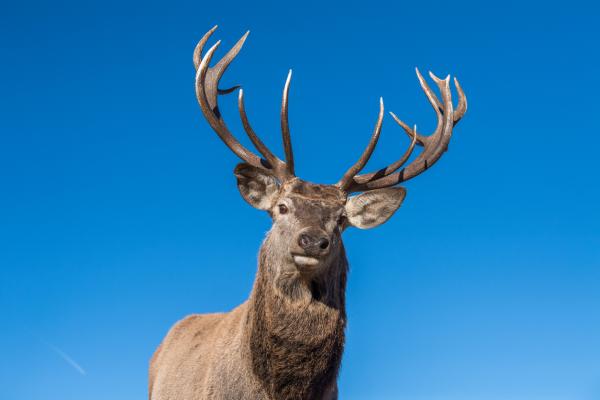 Ungulate animals, such as deer and elks, shed their antlers on an annual basis. Then, they grow a new set. This shedding process usually takes from two to three weeks in the winter or spring, depending on the species; the regeneration takes a complete summer before the cycle commences again. The specifics depend on many factors, such as the species and age of the deer and the latitude it resides once the mating season is at its end.

But how and why do deer shed their antlers? What biological process causes this phenomenon and what purpose does it serve? Stay with us at AnimalWised and find out all about it.

You may also be interested in: Do Fallow Deer Shed their Antlers?
Contents

How do deer shed their antlers?

What are deer antlers made of?

Deer shed their antlers once in a year in the case of most species. Before explaining how and why does this process happen, we must clarify that antlers are not the same as horns.

Horns are permanent structures; bones that grow from the skull covered in proteins such as keratin. Goats, impalas and antelopes have horns, not antlers. On the other hand, antlers also grow from the skull, but they are made of fast-growing bone that can die and be regenerated, and therefore is shed, unlike horns.

Antlers are attached to the deer's skull by a bone structure called "pedicle", which is developed during the fawn's infancy and first year. The tip grows first, in the shape of a cartilage spike that eventually becomes branched. The cartilage "soft antler" mineralizes and hardens, being substituted by actual bone covered in velvet, the deer's "hard antler".

The velvet not only protects the bone of the deer's antlers, but also provides the oxygen and nutrients the antler needs to grow through blood vessels. Deer's velvet is rich in amino acids, minerals and proteins.

Antlers are exclusive to cervids, that is, the deer family. All male deer such as fallow deer, have antlers except in the case of the Chinese water or vampire deer (Hydropotes inermis inermis). The caribou or reindeer (Rangifer tarandus) is also an exception in that both males and females have antlers.

How do deer shed their antlers?

It takes just one to two days for a deer's antlers to fall off, but the shedding process begins before, and lasts between two to three weeks. Male deer or bucks shed their antlers annually, although this depends on the deer's species, age, physical health and the area where it resides.

During the shedding process, higher testosterone levels slow down the speed of the antlers' growth and the veins in the velvet cut blood flow and nutrition to the bone. The velvet encasing the antlers withers; the bone's life supply is stopped, and it dies from the tip to the base.

Eventually, the base is broken down by osteoclasts, cells that destroy bone tissue. The deer rubs its antlers on trees to help the crumbling velvet fall, and eventually the weakened antlers are shed at the pedicle.

Finally, the growth process starts again; with every shedding cycle, the buck grows larger and more complex antlers. This is a very expensive process in terms of energetic resources - we will now see the biological advantages of it.

In the picture below you can see a male chital, spotted or axis deer.

Why do deer shed their antlers?

Growing and shedding antlers throughout the year has a very high nutritional cost for the buck, so there must be an evolutionary reason why this process has been developed. In fact, deer shed their antlers to have an advantage in sexual selection, reproduction and combat.

If a buck's antlers have grown wide and large, it means he has access to lots of nutrients and has been strong enough to survive diseases. Therefore, antlers signal a deer's fitness and survival skills. The biggest a buck's antlers, the likelier he is to be chosen by a doe to mate.

Having large antlers - which require constant shedding - is not enough; bucks must know how to use them. During the rutting period, males fight for mates by locking antlers. This allows them to fight without injuring their vital organs or faces. Of course, whoever has the largest, heaviest antlers has the advantage and will be able to mate.

Bucks not only fight to mate, but also to find a status within the herd. In a herd, you can tell high-status bucks apart through their antler size. As you can see, a deer's antlers play a social role on top of a reproductive one.

However, some does - and all female caribous - grow antlers, although smaller than those of their respective bucks. In the case of other species, this happens because of higher testosterone levels; in the case of caribou does, scientists believe that they may have evolved antlers to have advantages in foraging for food, such as clearing away snow or possible rivals. Does have smaller antlers because they pay a high energetic cost to reproduce, and they can't spend nutrients on growing and shedding.

When do deer shed their antlers?

There are different reasons why the shedding process begins at some moment or another. It has to do with testosterone hormone levels and differential exposure to daylight.

In cold and temperate areas, during the spring and summer months, an increase in daylight length leads to hormones that trigger antlers growth. But as autumn approaches, the day shortens and this causes a rise in the buck's testosterone levels: the buck begins to shed the velvet and prepare his antlers for the new rut.

As testosterone peaks in mid-autumn and declines following the rut, the seasons move into late winter and the days start to get longer. During this period, the falling hormone levels cause the calcium in the bone to be reabsorbed. This has an impact on the pedicles, and the antlers are shed. This is the case for caribou, mule deer, red deer, sika deer and white-tailed deer which shed their antlers around late winter.

On the other hand, in tropical areas bucks can have their shedding process whenever in the year, or even not shed them at all. Barasingha or swamp deer, for instance, shed their antlers but have longer mating seasons, so the time may vary.

In the picture below you can see the antlers of a male red deer peeking out.

What factors influence the shedding process?

We must consider that in captivity, bucks shed their antlers within some days of each other, but in the wild, numerous factors influence the time this occurs, from the region, latitude and weather to nutritional levels and stress as well as injury.

Wounded, stressed or sick deer may cast their antlers earlier than usual, as will happen if the living conditions are poor, the nutritional intake is low or if the climate is harsh. On the other hand, deer in excellent condition, staying in a milder climate and with well-established habitat will have their antlers stay on for longer.

If you want to read similar articles to How and Why Do Deer Shed their Antlers?, we recommend you visit our Facts about the animal kingdom category.

Differences Between Mule Deer and White-Tailed Deer
Differences Between Deer, Elk, Moose and Reindeer
Fossorial Animals: What Animals Live Underground?
Different Types of Deer Species
Related categories
Endangered animals
Most read
1.
What Animal am I According to my Zodiac Sign?
2.
Are There Venomous Spiders in the UK?
3.
What Does It Mean When a Cat Shows Up at My Door
4.
The 10 Most Solitary Animals in the World
5.
10 Most Beautiful Animals in the World
6.
10 Smells that Attract Cats
7.
My Female Dog In Heat Won’t Accept A Male - Causes
8.
Most Common Cat Eye Color and Their Meaning
Types of Deer Around the World
Incredible Horned Animals - Big, Long and Curly with Photos
Who Are the Christmas Reindeer? History and Names
How Do Cats Choose Their Human?
Ruminant Animals: Full List and Fun Facts
Why do Dogs Shake Their Bodies?
Why do Cats Run Away? - And How to Stop It
Native Animals of Utah: Wildlife and Habitat

How and Why Do Deer Shed their Antlers? 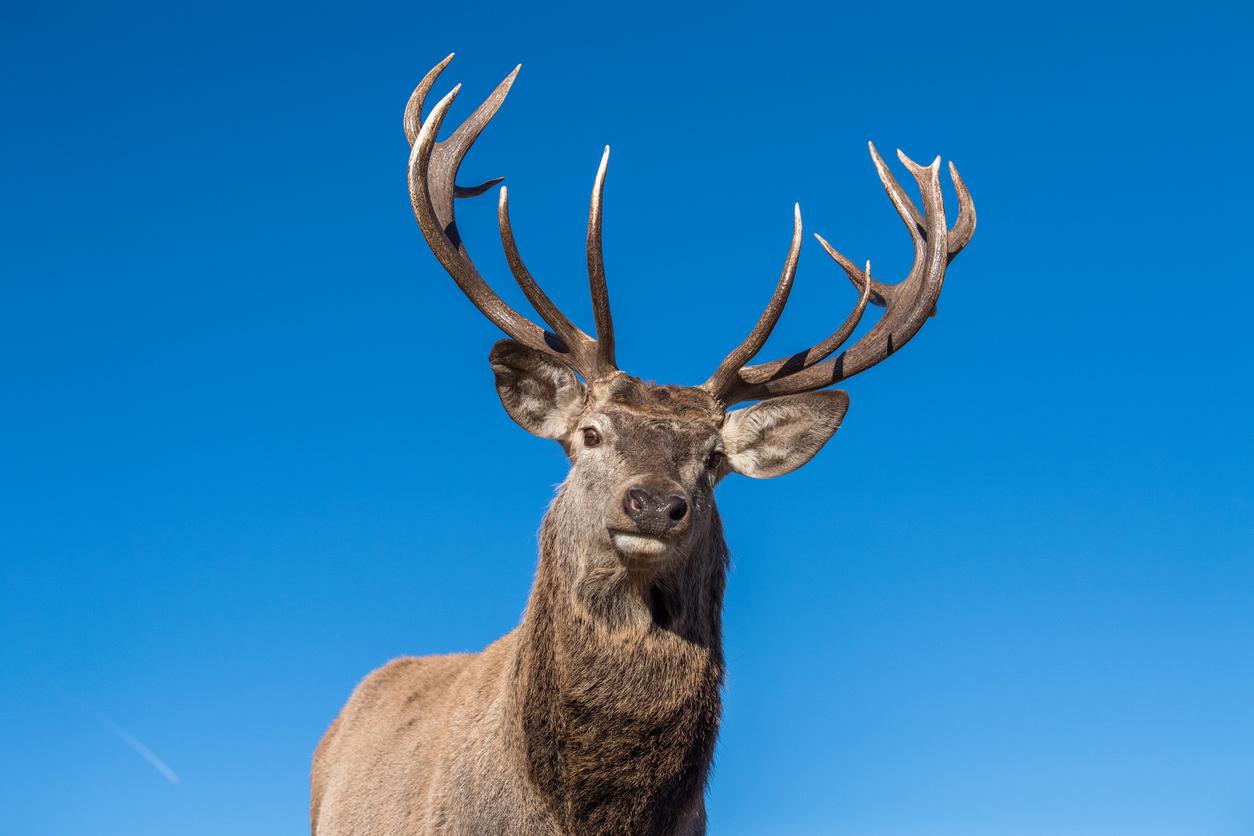 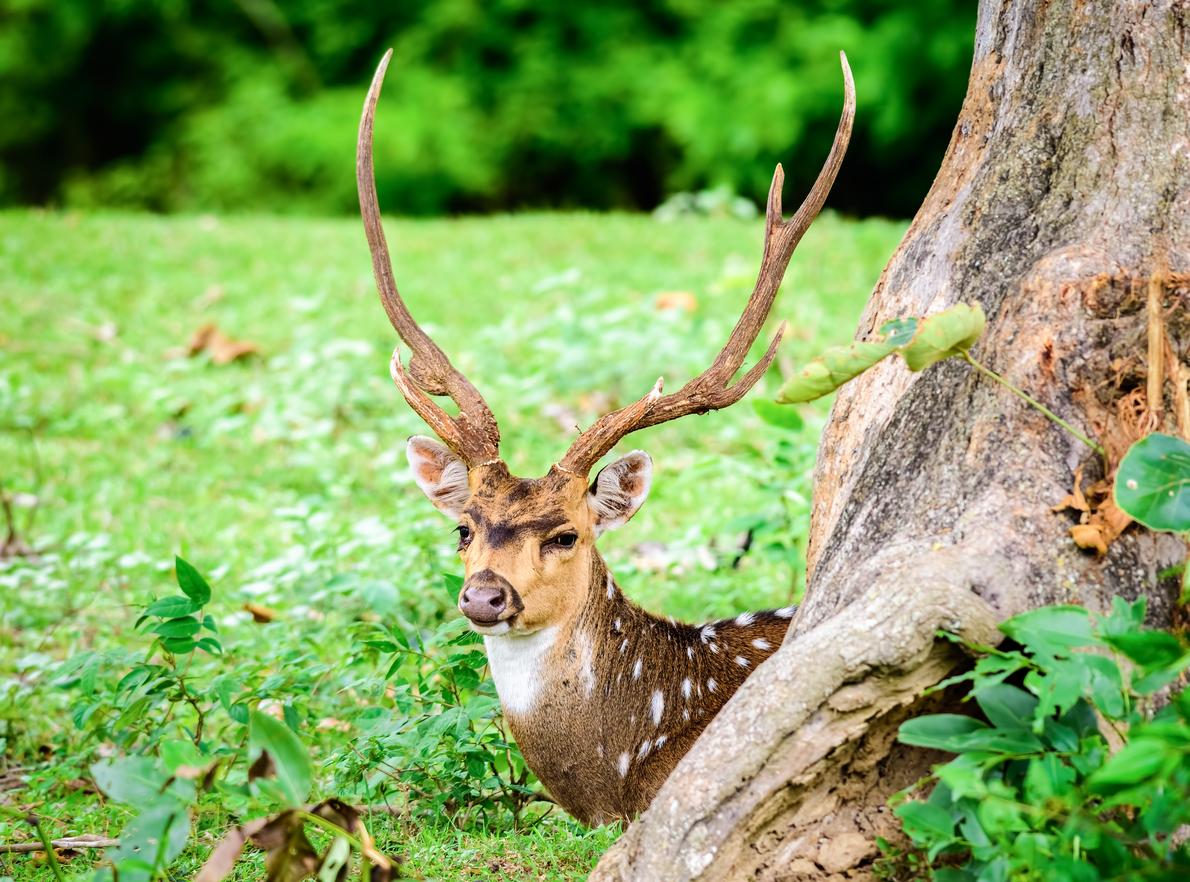 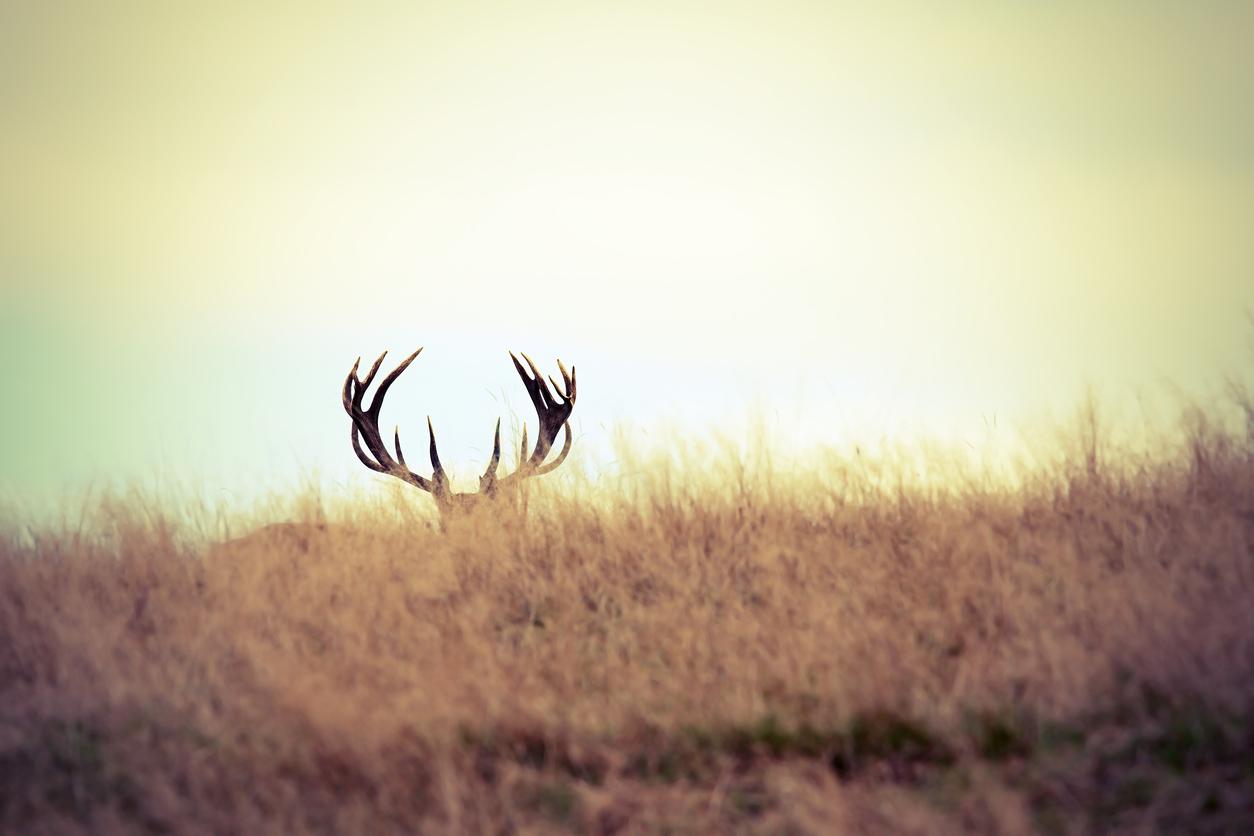 1 of 3
How and Why Do Deer Shed their Antlers?
Back to top