How Do Crocodiles Reproduce?

Crocodiles or Crocodylia (order Crocodylia) are the largest reptiles living today. They include alligators, gharials, and true crocodiles. They are all semi-terrestrial animals and have a characteristic body morphology. Crocodiles are also aggressive predators that attack from ambush, waiting until their prey ventures near their lair before moving to attack. Despite their fearsome behavior and appearance, female crocodiles are among the best mothers in the animal kingdom and will do anything to ensure the survival of their young.

The following AnimalWised article explains how crocodiles reproduce, including their courtship, how they care for their young, and more.

You may also be interested in: How Do Reptiles Reproduce?
Contents

The following characteristics can help us understand how crocodiles reproduce:

If you want to learn more about crocodiles and what they eat, check out this other AnimalWised article, where we explain the eating habits of crocodiles.

Where do crocodiles live?

Crocodiles have a tropical and subtropical distribution. They are found in the warm areas of all continents, except Antarctica. Therefore, they can be found in southern Asia, throughout Oceania, in almost all of sub-Saharan Africa, and in warm America, from the southern United States to the Amazon.

The habitat of crocodiles is rivers, lakes, deltas, swamps, mangroves, and marshes. The specific places where they can live depend on each family and even each species.

Reproduction begins in crocodilians when they reach sexual maturity, which, as in so many other animal species, varies by sex. Females generally reach full development of their sexual organs at age 10, while males must wait until they are about 15 years old.

To understand the different phases of the reproductive cycle of crocodiles, we have divided them into 4 phases: Courtship, Mating, Incubation and Hatching.

Crocodile reproduction occurs once a year between August and September. During this period, the female crocodile increases its aggressiveness, even towards its conspecifics, which it does not allow to approach its territory to lay its eggs.

Males approach the reproductive site and make articulate sounds, i.e. vocalizations. If several males are at the same site, it is likely that they will fight over territory. In this case, they bump their heads together and snap their jaws. For a male, winning a territory means that he can keep the females that live there. Usually, the winner of the territory is the oldest and largest individual. Therefore, the animals that fulfill these characteristics are the ones that reproduce the most and are able to copulate with more than 15 females during a reproductive season. Crocodiles are therefore polygamous animals.

However, it is not as easy as it seems. The dominant males have to court the females. When it comes to choosing the male to mate with, the female is frequently very demanding.

Males may slap their snouts on the water, blow water out of their noses, or assume certain curved postures. At close range, they may release an oily musk that floats on the surface of the water to further attract the female. Although the male leads the dance, the female participates during this time with her own set of auditory, visual, and olfactory signals.

Crocodile mating occurs in the water, but always near the shore. Although crocodile copulation lasts no longer than 1 minute, the female and male may remain underwater together for several days, mating over and over again. After mating, internal fertilization takes place in the female.

After copulation, females defend the site where they will build their nest. Egg-laying takes place in late November, usually at night, and it takes the female between 20 minutes and 1 hour. The preparation of the nest depends on the crocodile species. There are females that dig holes up to 50 cm (20 in) deep, while others opt for burrows or grass-covered mounds. In any case, they always cover them with vegetable matter and pad them with their tails so that the eggs are well protected.

Another peculiarity of this species is the fact that they are not able to influence the sex of their offspring, but the ambient temperature of the nest determines whether they are born as females or males. For this reason, all offspring in a litter may be the same sex when the eggs hatch. Generally, males hatch when it was warm (above 32 °C) during incubation and females when it was slightly cooler (below 30 °C). It can also happen that the temperature in the nest was not evenly distributed and both sexes hatch.

The number of eggs a crocodile can lay is quite variable and mainly depends on the genetic characteristics of the mother, the size the species reaches as an adult, and the geographic location. A clutch may contain a minimum of 10 and a maximum of 100 eggs. The more eggs the mother crocodile can lay, the more likely she is to have numerous offspring, as on average only 20% of the eggs hatch.

In most species of the order Crocodylia, females stay near the nest to protect their eggs and, sometimes, she allies with other mothers to defend the territory together.

As soon as they hatch, the little crocodiles make sounds from inside the eggs that can be heard by their mother up to 4 meters away. She then digs up the nest for them to leave. However, there are also species that actively help their young hatch by tearing out the hardest parts of the eggs with their mouths.

The young crocodile hatches from the egg at 8-12 inches (20-30 cm) long. Initially, it remains hidden in the water with its siblings at the edge of its habitat to escape various predators. These primarily include fish and birds, but larger crocodiles also prey on the young. Cannibalism and social exclusion are thought to strongly influence population dynamics and regulate population growth.

Predation on the young before and after birth is very high, despite the mother's efforts to protect them and the high degree of independence of the young. The mortality rate of some crocodile species ranges from 50% to 99%, which has led to some of them currently being seriously threatened with extinction.

It is also estimated that only 1% of born crocodiles of each species reach adulthood and are able to reproduce again.

Crocodiles are aquatic reptiles, a very diverse group of animals that inhabit various habitats around the world. Continue reading our other article on aquatic reptiles to learn more about these amazing creatures.

If you want to read similar articles to How Do Crocodiles Reproduce?, we recommend you visit our Facts about the animal kingdom category.

Bibliography
How Do Hyenas Reproduce?
How Do Spiders Reproduce?
How Do Fish Reproduce?
How Do Jellyfish Reproduce?
Related categories
Endangered animals
Most read
1.
What Animal am I According to my Zodiac Sign?
2.
10 Most Beautiful Animals in the World
3.
What Does It Mean When a Cat Shows Up at My Door
4.
The 10 Most Solitary Animals in the World
5.
Why do Dogs Get Stuck when Mating?
6.
My Female Dog In Heat Won’t Accept A Male - Causes
7.
How Many Types of Lions Are There?
8.
Animals With Scales - Full List
How Do Starfish Reproduce Sexually and Asexually?
How Do Sharks Reproduce? - The Three Main Types
How do Reptiles Breathe? - Reptile Facts
Differences between Alligators and Crocodiles
How Long do Fleas Live For?
How do Bees Communicate? - Bee Language
How Long Do Eagles Live?
Modes of Reproduction in Animals

How Do Crocodiles Reproduce? 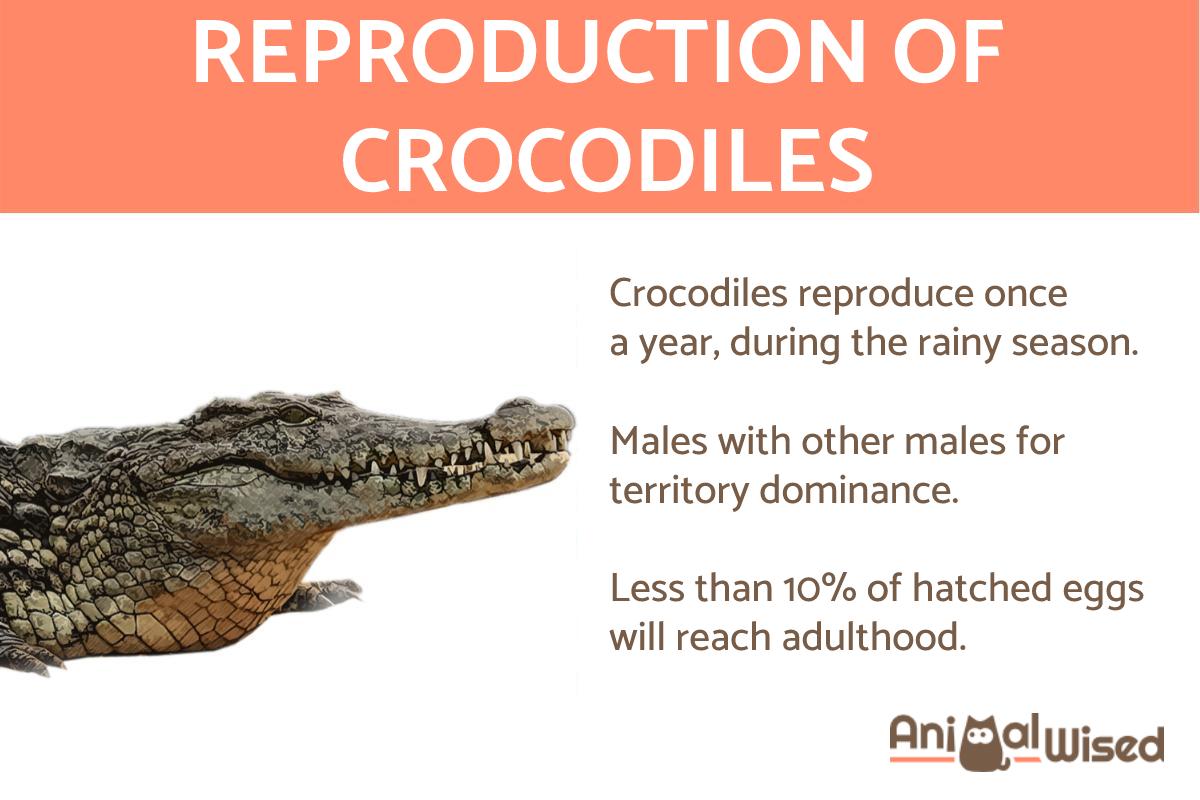 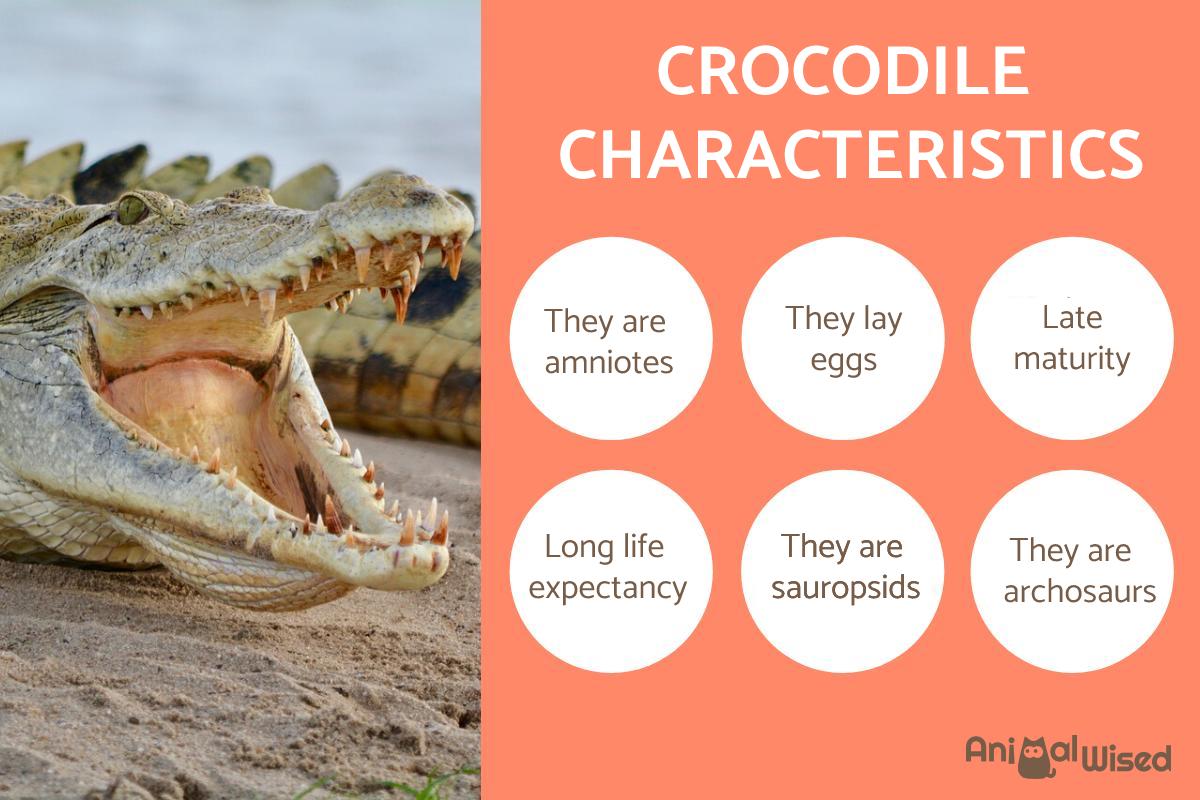 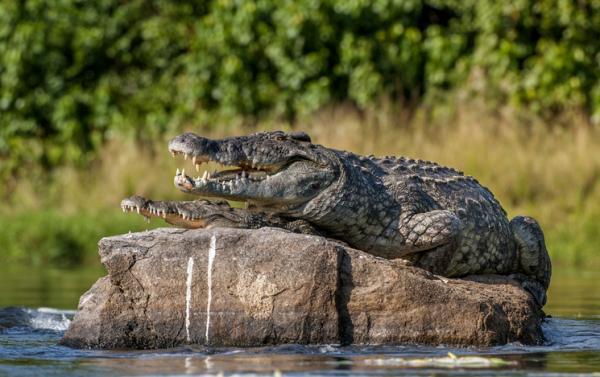 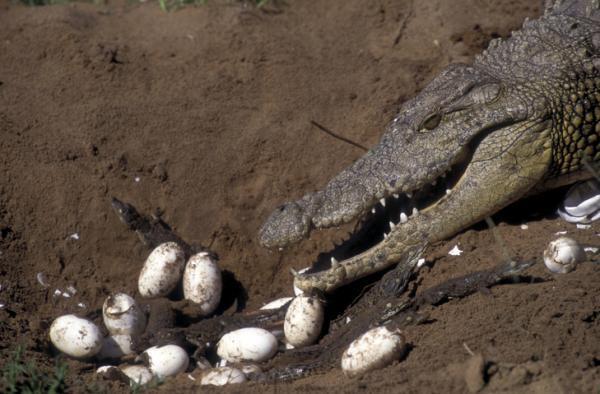 1 of 4
How Do Crocodiles Reproduce?
Back to top