By Nick A. Romero, Biologist and environmental educator. July 25, 2022

Reptiles are a very diverse group of animals which inhabit various habitats across the world. Although these habitats can have extremely different conditions, they are animals which have adapted to thrive in them all. Many reptiles can survive on land, in water or even between both. Some reptiles live permanently in aquatic environments, but others are able to spend much of their time on land.

At AnimalWised, we look at aquatic reptiles by providing a list of marine and freshwater reptile species from all around the world. We provide characteristics and facts about these examples of aquatic reptiles, as well as photos to see what they look like.

You may also be interested in: How do Reptiles Breathe? - Reptile Facts
Contents

Aquatic reptiles are vertebrates that do not correspond to a single group, but there are several types which live in different habits. Some of them are exclusively aquatic, while others are considered semi-aquatic because they spend a large part of their time on land. They may do so to lay eggs, sunbathe or even breathe. While there are many differences, there are certain characteristics all aquatic reptiles have in common:

How do aquatic reptiles breathe?

Each group of these animals has a specific adaptation to carry out the respiratory process. However, all aquatic reptiles breathe through lungs, which indicate they may have needed to take air directly from above the surface of the water.

Despite the presence of lungs, the amount of time they can remain underwater varies greatly according to species. Some marine reptiles, such as certain sea turtles or sea snakes, can stay underwater for hours. This is partly carried out by the ability of their skin or cloaca to carry out gas exchange.

According to traditional taxonomy, the Reptilia class is made up of the following orders:

Within the first three we find different types of marine and freshwater reptiles. There is only one extant species belonging to the last order which are tuataras and they are exclusively terrestrial. Let's get to know some specific examples of aquatic reptiles:

Turtles are a common example of aquatic reptiles, although there are species with exclusively terrestrial habits. These animals are unmistakable due to their shell or carapace. Rather than a separate part of the body, they are a modified extension of the spine and ribs.

Turtles lay their eggs on land. For this reason, they do not live exclusively in water. They also need to break the surface water to breathe. Turtles are are usually omnivorous animals, although some tend to be more herbivorous in the adult phase. In terms of habitat, there are both freshwater and marine turtles. Some examples are found in the following species:

The animals within the Squamata order are also sometimes referred to as scaly reptiles. They include certain species of snakes with aquatic habits, as well as one iguana species. The rest have terrestrial habits.

Some species of aquatic snake are highly poisonous. These animals have adapted to life in a marine environment without any problem. In fact, they are often not well adapted to life on land. In general, the entire reproductive cycle occurs in the water with certain exceptions, such as the genus Laticauda. These are types of oviparous animals and lays their eggs on land. They tend to be predators of other animals that live in the sea.

Some examples of these aquatic reptiles are:

We can also find some species of snake that have semi-aquatic habits. These snakes live in freshwater ecosystems. Examples include:

As we have mentioned, there is also an iguana considered a semi-aquatic reptile. This is the only one within the group apart from the snakes. It is the marine iguana (Amblyrhynchus cristatus). This aquatic lizard species is endemic to Ecuador, specifically to the Galapagos Islands. It enters the sea to feed on algae. They spend the rest of the time on land. Learn about another type of lizard in the same family with our article on green iguana diet.

This group is made up of three families that include commonly known animals such as crocodiles (Crocodylidae), alligators and caimans (Alligatoridae), and gharials (Gavialidae). They all have semi-aquatic habits. Most live in tropical areas, although some exceptions can be found in North America and China. They are carnivorous animals that stalk their prey using speed and strength. They all have a similar body shape, although they vary in size, ranging from 1.5 to about 7 m (5-23') in length, so in this group we find giant aquatic reptiles.

Although most live in freshwater ecosystems, there are species that tolerate marine or brackish environments. Their habitats are generally associated with lowlands. Some species of marine and freshwater reptiles belonging to this group include:

Learn more about these types of aquatic reptiles with our comparison of the differences between alligators and crocodiles.

Aquatic reptiles have been present on the planet for millions of years, so they have a long evolutionary history. Various prehistoric species have become extinct, but fossil records have revealed their existence in bodies of water. Some examples of prehistoric aquatic reptiles are:

Now we know more about aquatic reptiles, take a look at our related article on the largest marine animals in the world.

If you want to read similar articles to Aquatic Reptiles - Types of Marine and Freshwater Reptiles, we recommend you visit our Facts about the animal kingdom category.

Bibliography
New
How Do Reptiles Reproduce?
Reptiles Vs. Amphibians
Types of Freshwater Fish
Different Types of Otters
Related categories
Endangered animals
Most read
1.
What Animal am I According to my Zodiac Sign?
2.
10 Most Beautiful Animals in the World
3.
What Does It Mean When a Cat Shows Up at My Door
4.
The 10 Most Solitary Animals in the World
5.
Top 10 Smells Dogs Hate
6.
How Many Types of Lions Are There?
7.
Why do Dogs Get Stuck when Mating?
8.
My Female Dog In Heat Won’t Accept A Male - Causes
Aquatic Insects - Types of Water Insects
Types of Snails - Marine and Terrestrial
Are Turtles Reptiles or Amphibians?
The 8 Most Dangerous Reptiles in the World
How Long Do Turtles Live? - Longevity of Turtles
The Origin and Evolution of Animals
Types of Mollusks - Characteristics And Examples
Types of Annelids – Examples of Annelid Species 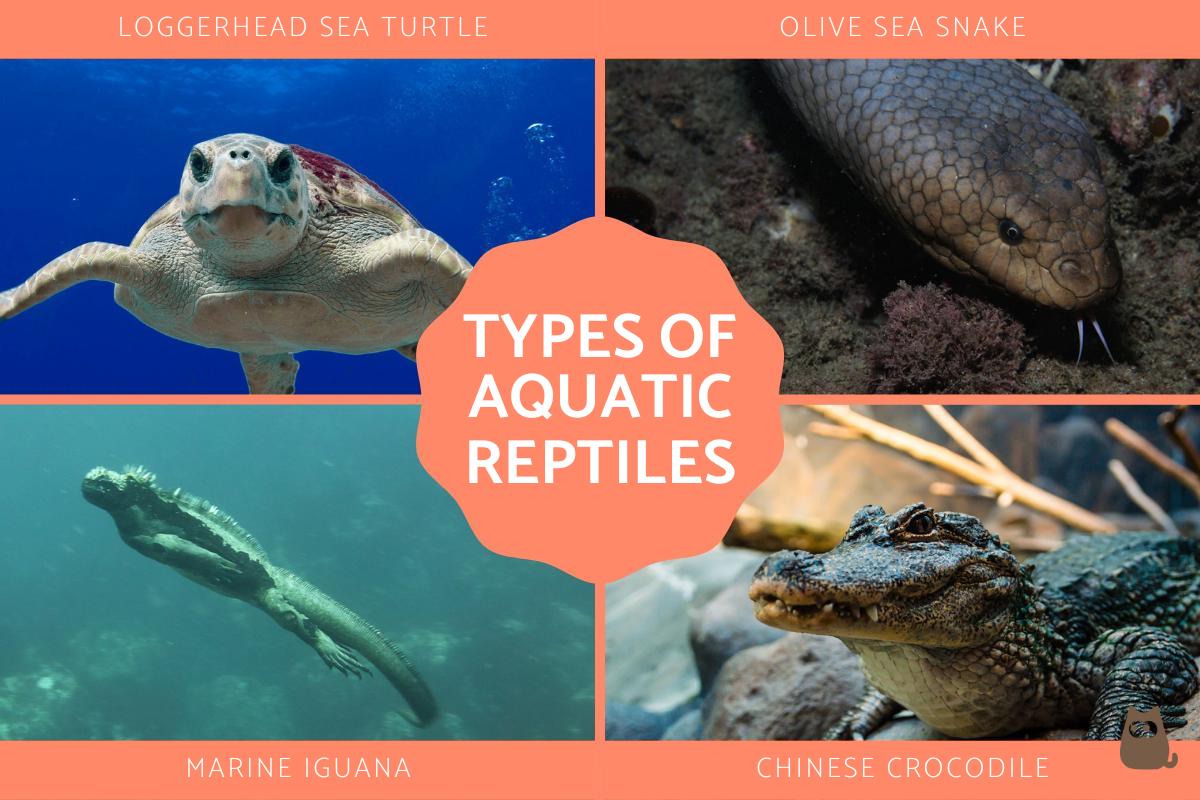 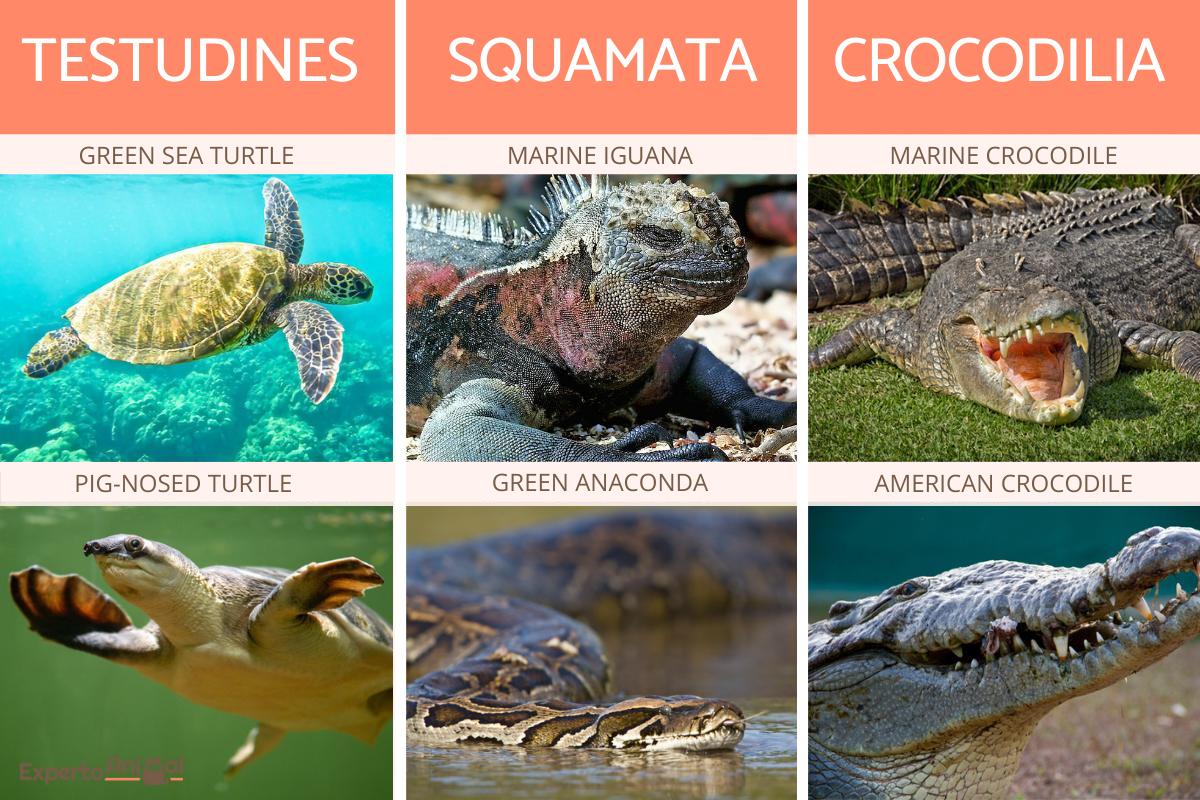 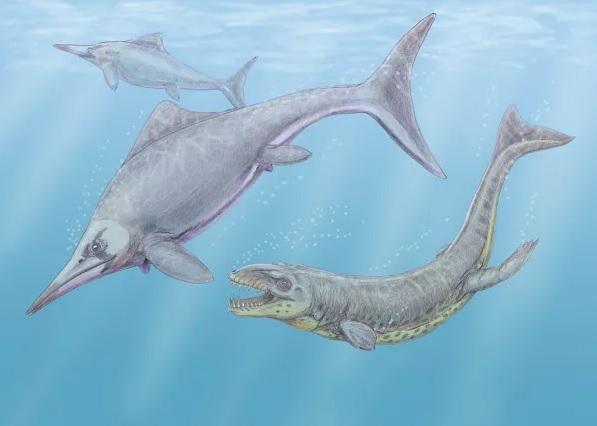