How do Reptiles Breathe? - Reptile Facts

Do you know how reptiles breathe? Reptiles have varied anatomies that adapt according to their appropriate environment. Reptiles are either or both terrestrial and marine animals and for this reason, depending on the species, they carry different mechanisms which allow them to breathe.

Keep reading here at AnimalWised to find out how do reptiles breathe, as well as discover some of the most interesting reptile facts and characteristics.

You may also be interested in: Aquatic Reptiles - Types of Marine and Freshwater Reptiles
Contents

Where do reptiles live?

Before we begin with how do reptile breathe, we need to analyze a reptile’s environment. Reptile breathing depends largely on where the animal lives. Terrestrial reptiles, for example, live in deserts, jungles, forests and/or gardens all over the world. Marine reptiles, however, depending on the species, live in either freshwater or saltwater environments.

For more about these opposing environments, we recommend reading our article where we discuss what is the difference between turtles and tortoises?

How do reptiles breathe?

So what is the exact reptile definition? Reptiles are vertebrate animals and many of the species we know today have existed since prehistoric times. Most reptiles are terrestrial animals, but some have adapted to life in aquatic environments. The reptile class includes lizards, snakes, crocodiles, turtles and tortoises.

Now, how do reptiles breathe? Reptiles breathe using their lungs and this vital process is done in two phases: external and internal. In order to breathe this way, reptiles have the following structures:

These structures are only found in all terrestrial reptiles, but how is this process carried out? How do terrestrial reptiles breathe? To exchange gases, terrestrial reptiles depend on their lungs. Air is taken in through the nasal passage or the mouth, it then crosses the palate to the trachea, where the glottis divides the air to both bronchi, from where gas is transported to the lungs. Reptile lungs, in turn, are formed by multiple alveoli.

A reptile’s thorax muscles are indispensable because they allow for dilation of the lung box lining. Therefore, the amount of air received will depend on the size of the individual reptile’s thoracic and pulmonary cavity.

In general, all terrestrial reptiles have two well developed lungs. However, a large number of snakes, marine or not, have only one lung as the other is atrophied. There are also other species which follow one-way breathing , such as the Savannah monitor (Varanus exanthematicus).

For more about these fascinating animals, we recommend reading our article where we list the 8 most dangerous animals in the world.

Most turtles and marine snakes, for example, take in air from the surface and are able to store it in their lungs, after which they can submerge underwater for roughly half an hour to an hour (depending on the species). Snakes are able to reduce their metabolic rate when they are underwater and thanks to this, they perform anaerobic respiration.

Within the marine environment, breathing varies largely depending on the species. Some turtles, for example, rise to the surface for air, while others are able to extract air from their cloaca or pharynx from where they take in oxygen found in water.

For more about fascinating animal breathing techniques, discover our list of animals that breathe through skin.

How do crocodiles breathe?

One of the most popular reptiles in the world are crocodiles. Crocodiles are semiaquatic reptiles that live on both land and in water. Crocodile breathing is the same as other terrestrial sauropsids: air passes through their nostrils, the trachea and the glottis and is then divided to each bronchi and received by the lungs.

For a crocodile to be able to expand its ribcage, it requires pushing back the liver which returns to place with exhalation. But, how do crocodiles breathe underwater? When underwater, crocodiles contract the glottis, whereby oxygen is retained in the body and gases are expelled through the hemoglobin. Thanks to this such process, which is mechanical and involuntary, crocodiles are able to open their snouts underwater as well as hunt without swallowing water.

For more amazing crocodile and reptile facts, read about the differences between alligators and crocodiles.

How do lizards breathe?

Most lizards breathe through with their lungs. However, as we’ve already mentioned, the Savannah monitor lizard follows a one-way breathing process. This means that their airflow is undirectional. Air can either enter the bronchi into the parabronchi, or it can move to posterior air sacs where the air is then stored.

Do you have a child at home and need to explain a reptile’s breathing process simply? Follow these points:

For more fun reptile facts, read which reptiles are herbivorous?

Reptiles are incredibly interesting animals, and can vary largely in characteristics. Some of the most interesting reptile facts include:

Surprisingly, many reptiles and birds are very closely related. Technically speaking, because birds descended from the very first reptile, it’s common to assume that birds are a type of reptile. But, they are in fact more closely related to dinosaurs, and some may argue that they are in fact dinosaurs. But, if we look at the definition of reptiles: cold-blooded animals that are covered in scales, then we can confirm that birds are, in relation to this definition at least, not reptiles.

If, however, we refer to the Phylogenetic taxonomy system, created by German biologist Willi Henning in 1940, animals are classified based on their ancestry. According to this system, reptiles define any animal that has originated from the original reptile group. Therefore, according to Phylogenetic taxonomy, birds are reptiles[1].

If you want to read similar articles to How do Reptiles Breathe? - Reptile Facts, we recommend you visit our Facts about the animal kingdom category.

Bibliography
Reptiles Vs. Amphibians
Are Turtles Reptiles or Amphibians?
How Do Turtles Communicate?
The 8 Most Dangerous Reptiles in the World
Related categories
Endangered animals
Most read
1.
What Animal am I According to my Zodiac Sign?
2.
What Does It Mean When a Cat Shows Up at My Door
3.
10 Most Beautiful Animals in the World
4.
The 10 Most Solitary Animals in the World
5.
How Many Types of Lions Are There?
6.
Why do Dogs Get Stuck when Mating?
7.
10 Smells that Attract Cats
8.
Animals With Scales - Full List
How Do Dolphins Breathe Underwater?
How Do Whales Breathe?
Fun and Interesting Facts About Snakes
How Do Crocodiles Reproduce?
How Long Do Turtles Live? - Longevity of Turtles
Animals That Walk on Water - How Do They Do It?
Animals That Breathe Through Skin
Carnivorous Animals: Examples and Fun Facts

How do Reptiles Breathe? - Reptile Facts 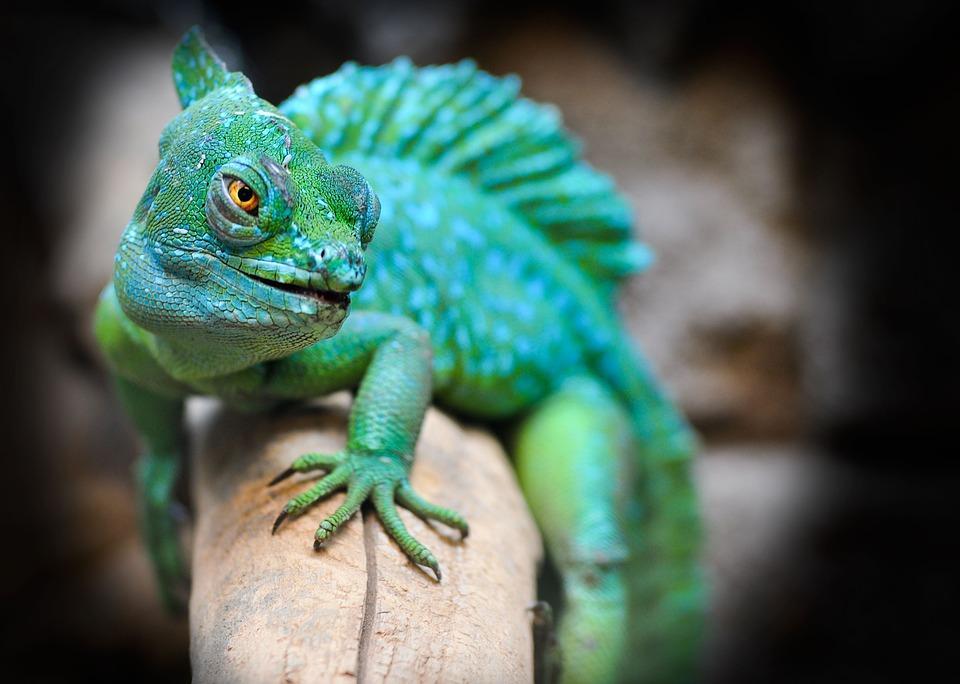 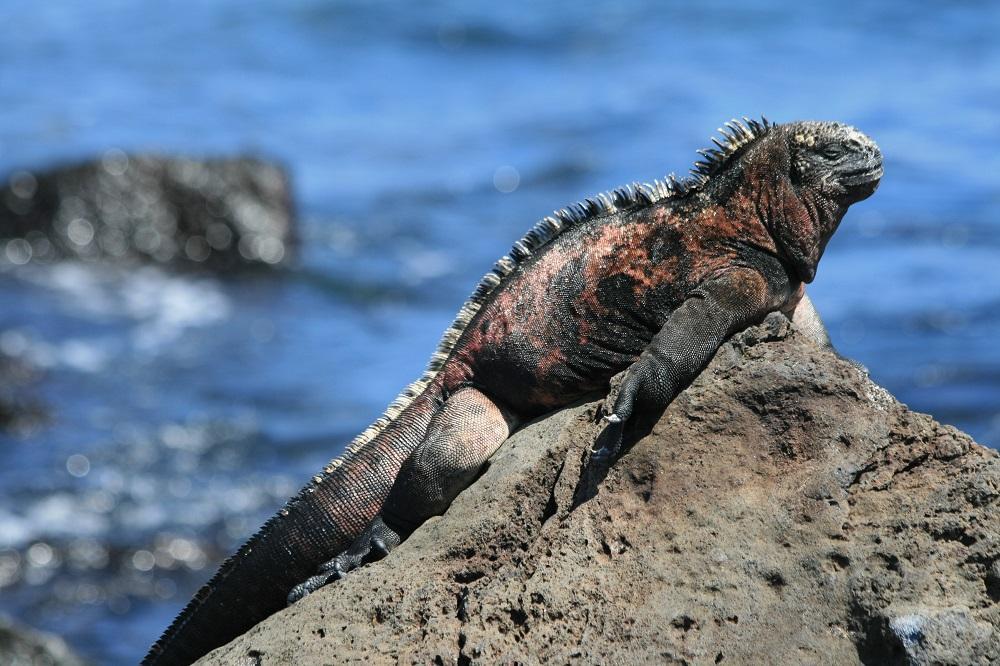 Image: twitter.com
1 of 4
How do Reptiles Breathe? - Reptile Facts
Back to top