By Nick A. Romero, Biologist and environmental educator. November 10, 2021

Reptiles and amphibians belong to the group of vertebrate animals, more specifically, tetrapod animals. Tetrapod is a term to describe animals that use four limbs to move or to manipulate things. Reptiles were the first truly terrestrial vertebrates, while amphibians are a group with transient traits between fish and reptiles. While some amphibians have managed to conquer the land, most still depend on water and need to stay close to it.

In this AnimalWised article, we want to introduce you to the main differences between reptiles vs. amphibians. You will also learn about the main features of each of these groups in terms of their physical appearance, reproductive processes, habitat and more.

You may also be interested in: Are Turtles Reptiles or Amphibians?
Contents

Classification of reptiles vs. amphibians

There is not an absolute nor invariable method for classifying animals. New scientific findings have allowed us to establish changes in the taxonomic location of groups and species. There are currently two methods for classifying animals: the traditional Linnaean classification and the Cladistic classification, which is the most current of the two.

This is how reptiles are classified according to the Linnaean classification:

The Cladistic classification establishes an organization based on evolutionary relationships and does not use the term reptiles. Instead, this method groups them as follows:

If you are interested in learning more about other methods for classifying animals, keep reading this AnimalWised article about the 5 Kingdom system of classification.

Physical characteristics of reptiles vs. amphibians

Next, we are going to describe the main physical characteristics of the two groups in order to understand their differences:

If you want to know more, take a look at our AnimalWised article on animals that change color.

How do reptiles and amphibians reproduce?

Some of the main differences between amphibians and reptiles have to do with their reproductive processes, which are as follows:

Most reptiles have separate sexes have and reproduce through internal fertilization. Males have paired testes that produce sperm that reaches the copulatory organ called the cloaca. Females have a pair of ovaries with oviducts that are responsible for producing nutritive substances for the embryo and the protective shell of their eggs. Reptiles evolved to lay eggs on the ground and in dry areas because the shell has internal membranes that provide protection and nutrition. Most newborn reptiles are born as pulmonates and do not require water.

Most amphibians require a body of water in order to lay their eggs. There are some cases that don't require water, but they still need a humid environment. Normally, they use leaves with accumulated water or dig holes on the ground to maintain appropriate temperatures. In some cases, frogs lay their eggs on land and later bring them water to keep them hydrated.

Keep reading this other AnimalWised article if you wish to know more about viviparous animals.

Development of reptiles vs. amphibians

One of the most important differences between reptiles and amphibians has to do with the way in which they develop and the changes in their physical appearance as they reach their adult state.

In the case of reptiles, there are no visible differences between newborns and adults apart from their size.

On the other hand, almost all groups of amphibians undergo an extreme metamorphosis. This means that there is a well-marked transformation between the larval and the adult form. There are certain exceptions to this rule, as is the case of axolotls. The larval traits of these animals are maintained in the adult form and this is known as neoteny. There are also certain terrestrial species of salamanders, whose appearance hardly changes as they develop.

Diet of reptiles vs. amphibians

Reptiles and amphibians have different diets and ways of feeding.

In both groups, there are species that have fleshy and extensible tongues that allow them to catch their prey.

Don't miss out on these articles if you wish to know more about carnivorous and herbivorous animals.

Habitat of reptiles vs. amphibians

Both reptiles and amphibians are widely distributed across the globe but their habitats are slightly different.

How to tell the difference between reptiles and amphibians?

So far we have seen the main differences between reptiles and amphibians in terms of their physical appearance, their reproductive processes, their habitats, and their diet. Let's narrow all those differences into three easily distinguishable characteristics:

Examples of reptiles and amphibians

If you want to read similar articles to Reptiles Vs. Amphibians, we recommend you visit our Facts about the animal kingdom category.

Bibliography
New
How Do Reptiles Reproduce?
Frog Vs. Toad - What is the Difference?
The Most Poisonous Amphibians in the World
How do Reptiles Breathe? - Reptile Facts
Related categories
Endangered animals
Most read
1.
What Animal am I According to my Zodiac Sign?
2.
10 Most Beautiful Animals in the World
3.
What Does It Mean When a Cat Shows Up at My Door
4.
The 10 Most Solitary Animals in the World
5.
Top 10 Smells Dogs Hate
6.
How Many Types of Lions Are There?
7.
Why do Dogs Get Stuck when Mating?
8.
My Female Dog In Heat Won’t Accept A Male - Causes
Differences Between a Jaguar Vs Cheetah Vs Leopard
Aquatic Reptiles - Types of Marine and Freshwater Reptiles
Seal vs. Sea Lion vs. Walrus
Differences Between a Swan Vs Goose Vs Duck
What Are Oviparous Animals?
Modes of Reproduction in Animals
Rabbit Vision vs. Human Vision
What Is Brumation? - Differences Between Brumation and Hibernation 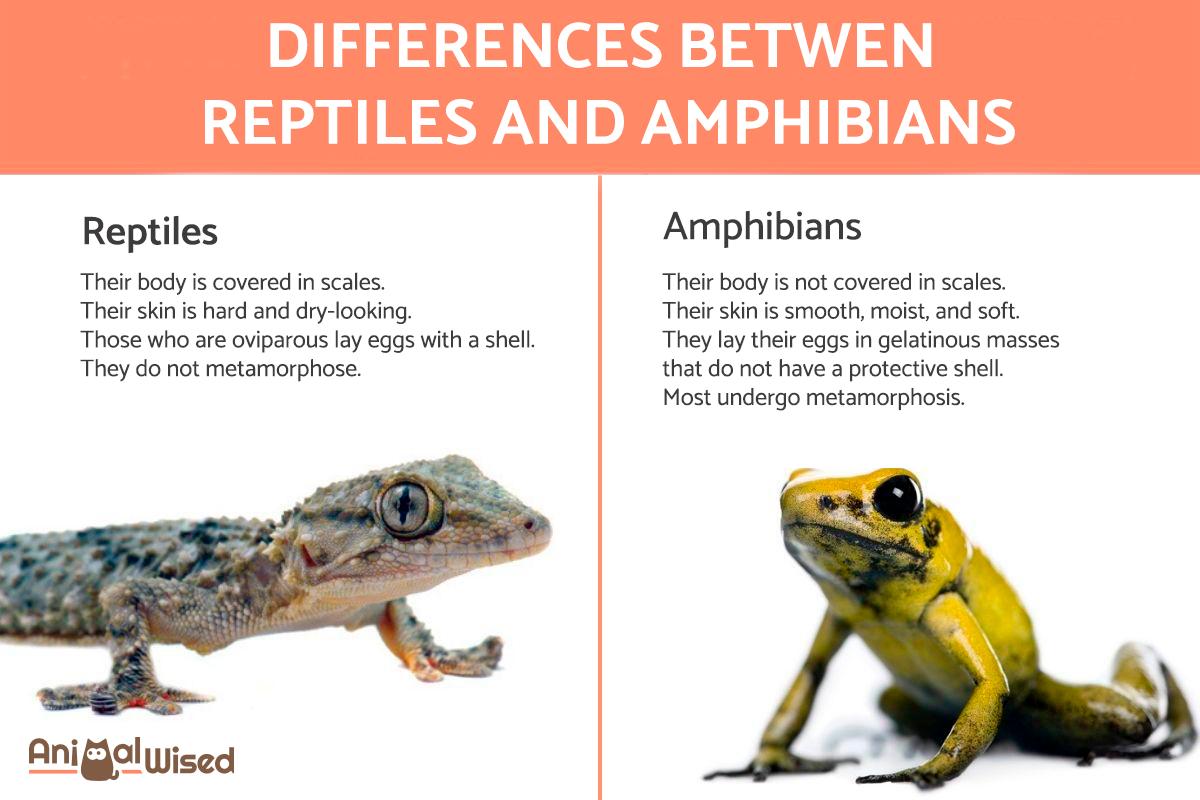 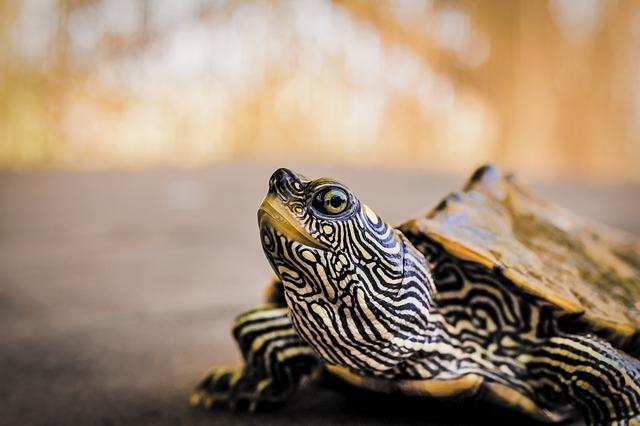 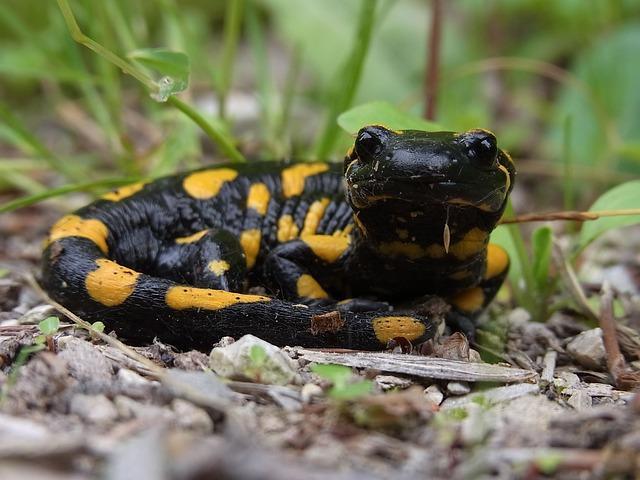 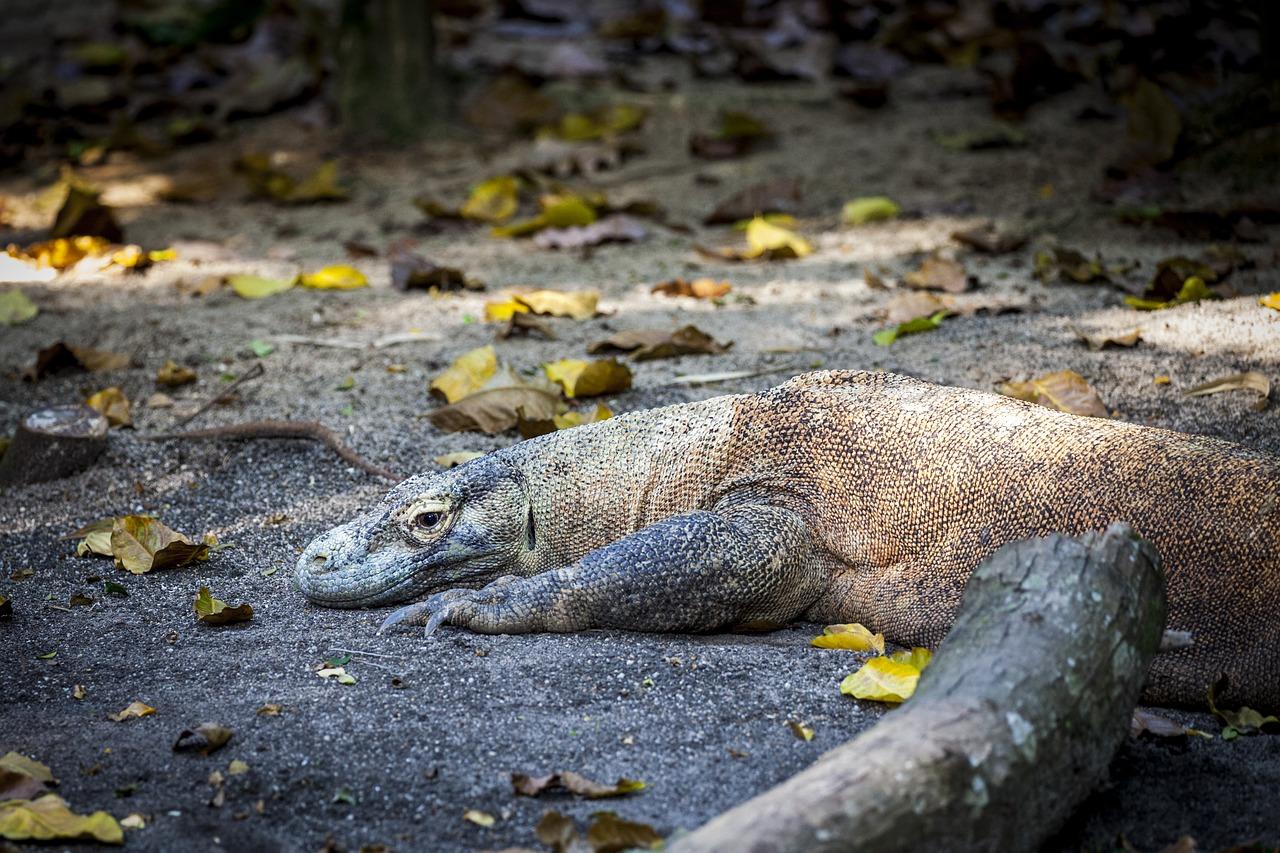 1 of 4
Reptiles Vs. Amphibians
Back to top