How Long Does a Parrot Live?

There are over 350 different species of parrots within the parrot superfamily, including parakeets, lovebirds, cockatoos, parrots, and macaws. There are many factors that affect the life expectancy of these animals, including their species, habitat, diet, and whether they live in captivity or in the wild. Parrots tend to live very long lives, sometimes up to 80 years or more, which requires great responsibility and dedication from their caretakers.

Read the following AnimalWised article to learn more about how long parrots live. In it, we go into detail about the life expectancy of different parrot species.

You may also be interested in: How Long Does a Horse Live?
Contents

How long does a parrot live in the wild?

In the wild, macaws, which are among the longest-lived parrots, can live up to 60 years. It should be noted, however, that the life expectancy of parrots in the wild is significantly less than that of parrots in captivity.

For parrots that live in the wild, life expectancy is usually reduced by half. This is due in part to the fact that the animals are exposed in the wild:

If you want to take the best care for your parrot pet, don't miss this article on how to know if my parrot is sick?

How long does a parrot live in captivity?

As we have already mentioned, parrots bred in captivity have a longer life expectancy than their wild counterparts. Parrots in captivity usually receive regular veterinary care, a balanced diet and an environment adapted to their needs without being exposed to the dangers of nature.

Despite this, a high percentage of captive parrots do not reach their full life expectancy due to exposure to hazards:

Why do parrots live so long?

Parrots live longer than other animals because they have few predators compared to other animals. While there are some predators such as eagles, hawks, lizards, and snakes that can hunt parrots, this is not usually common. Also, parrots can fly away from most predators.

Birds also produce fewer free radicals than other animals, which means they exert less oxidative stress on their cells. As a result, birds age more slowly and therefore live longer.

As long-lived animals, they also take longer to reach sexual maturity. Since reproduction usually begins later, the majority of individuals with genetic alterations are unable to reproduce. Therefore, genetic abnormalities are less likely to be passed on to offspring, which can lead to a shorter life expectancy.

If you are interested in adopting a parrot companion, keep reading this article on things to consider when buying a cage.

Life expectancy according to species

Lovebirds are members of the genus Agapornis, a small group of parrots in the parrot family Psittaculidae. The average life expectancy of a lovebird is between 12 and 15 years. Depending on care and circumstances, the bird can live up to 20 years.

The budgerigar (Melopsittacus undulatus), also known as the common parakeet or shell parakeet, is one of the most commonly kept parrots in the world. Their life expectancy ranges from 5 to 8 years, depending on the variety, although some can live up to 15 years if well cared for.

Macaws are a group of colourful, long-tailed parrots. Many of these species are popular in bird breeding or as pet parrots. It is no secret that the macaw is one of the longest living parrots. Its life expectancy exceeds that of humans. They usually live between 50 and 80 years, although some specimens can live up to 90 or 100 years.

The Eclectus Parrot (Eclectus roratus) is a parrot native to the Solomon Islands, Sumba, New Guinea and surrounding islands. Their plumage is characterised by extreme sexual dimorphism. The male has emerald green plumage, while the female is usually red and purple/blue in colour. They usually live to be about 30 years old, but their maximum life expectancy is 50 years.

Amazon parrots belong to the genus Amazona. They are short-tailed, medium-sized parrots native to the Americas. Their range extends from South America to Mexico and the Caribbean. Blue-fronted Amazon parrots (Amazona aestiva) live an average of 60 to 70 years. Their genome contains about 300 genes that could explain their longevity. Another gene is the Tert gene, which codes for an enzyme that prevents chromosomes from deteriorating during cell division. In addition, their genome contains certain mutations that are associated with DNA repair mechanisms and the protection of cells from oxidative damage.

Some Amazon parrots, including the green parrot (Amazona farinosa) and the orange-winged amazon (Amazona amazonica), live between 60 and 80 years.

Cockatoos belong to the family Cacatuidae, which includes 21 species of parrots. Along with parakeets, cockatoos are among the most common companion birds. Cockatoos are usually medium to large in size and weigh 300 to 1,200 grams. However, there are also smaller cockatoos known as nymphs (they weigh 80 to 100 grams).

The life expectancy of each cockatoo species differs depending on morphology and size. Nymphs usually live between 15 and 20 years, while adult cockatoos can live up to 40 or 60 years.

Monk parakeets (Myiopsitta monachus), also known as Quaker parakeets, are true parrots in the Psittacidae family. They are bright green, with a grayish breast and greenish-yellow abdomen. A specimen usually lives between 15 and 20 years, but some specimens have lived up to 30 years.

A parrot has a very long life expectancy, which places a great responsibility on its keepers. Although some specimens may have a shorter life due to diseases or accidents that lead to their death, it is normal that they are very long-lived animals that accompany us for most of our lives. In addition, parrots are very social, active and intelligent animals that require a lot of attention and dedication from their owners to meet their needs. Therefore, we must consider not only whether we can meet all their needs, but also whether we can care for them in the long term, as they will be part of our lives for many years.

If you are interested in learning more about parrots, don't miss this article on what do parrots eat?

If you want to read similar articles to How Long Does a Parrot Live?, we recommend you visit our Basic care category.

How Long Can You Leave a Cat Alone?
How Long Can Cats Be Left Alone?
How To Make Dogs Live Longer
How Long After Flea Treatment Can I Bathe My Dog?
Related categories
GeriatricsHeatFur careExtra careNail careEar care
Most read
1.
When Does a Dog Go Into Heat After Having Puppies?
2.
Third Eyelid Showing in Cats - Causes and Treatment
3.
Can You Touch Newborn Puppies?
4.
Why Is My Pregnant Dog Not Eating?
5.
Dog Pregnancy - Week by Week
6.
10 Hypoallergenic Cat Breeds for Allergic Families
7.
Why Has My Cat Only Had One Kitten?
8.
How to Control a Male Dog Around a Female in Heat
How to Care for a Pet Tortoise
What is a Goshala and How Does it Work?
How to Look After a Squirrel
How to Take Care of a Short-Haired Guinea Pig
How to Take Care of a Duck?
Can Hamsters Live Together in the Same Cage?
Why Does My Dog Suddenly Want to Be Alone?
Gouldian Finches as Pets - Complete Care Guide

How Long Does a Parrot Live? 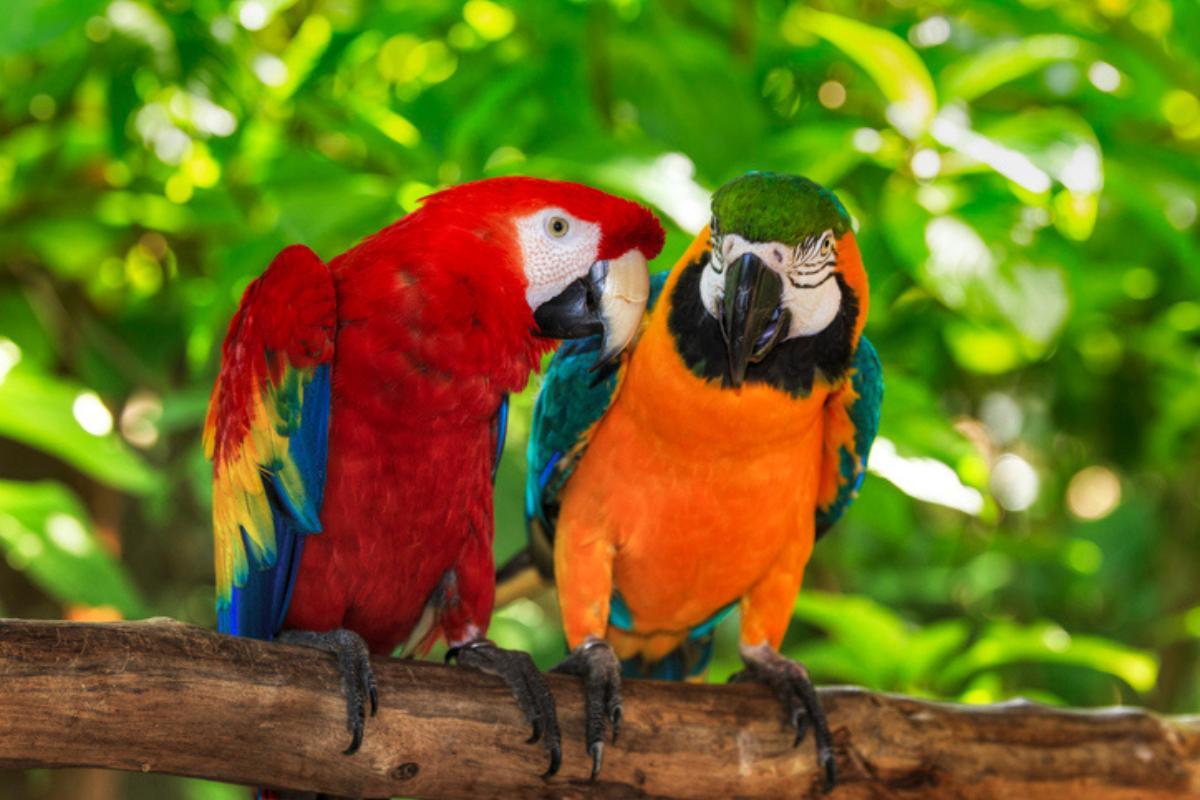 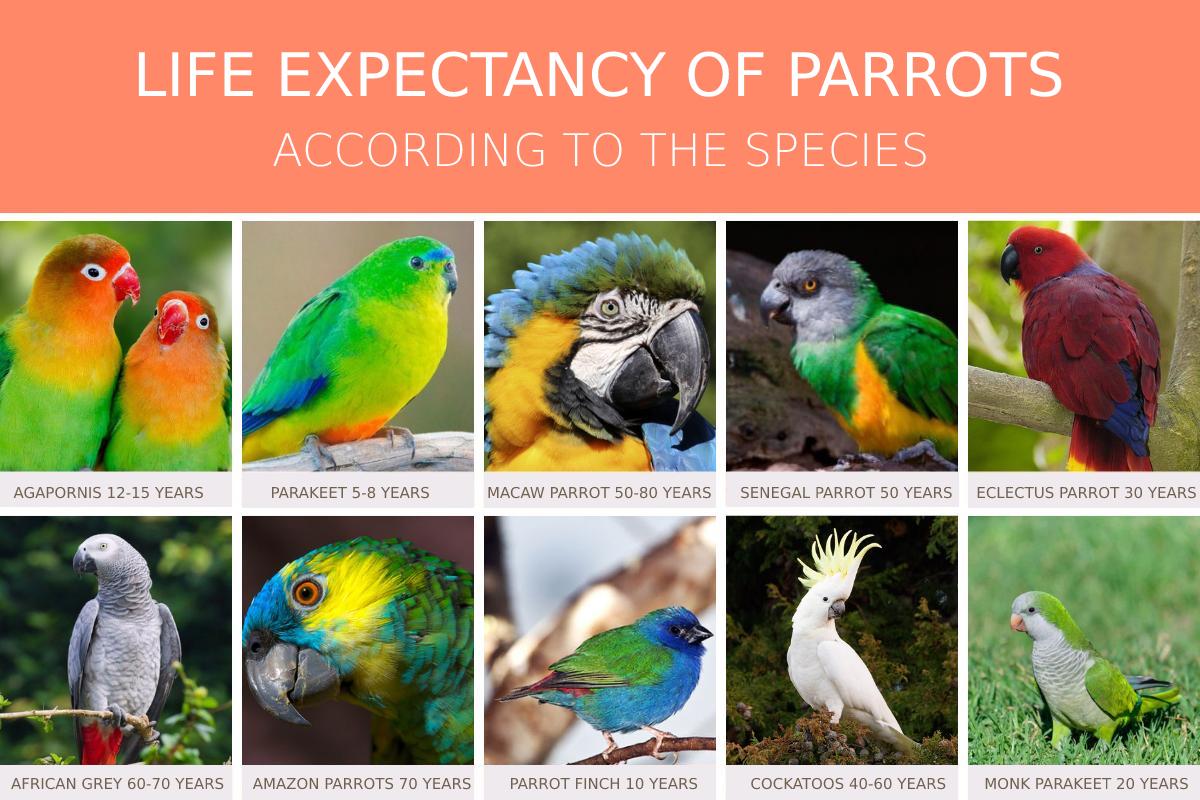 1 of 2
How Long Does a Parrot Live?
Back to top