How do Chickens Reproduce? 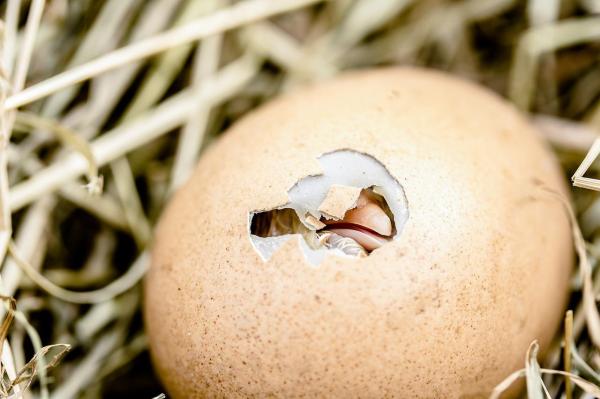 If you live with chickens or have found orphaned chicken eggs, you may be wondering, ‘‘How are chickens born?’’ The first thing you will need to do is verify that the eggs have in fact been fertilized. Once confirmed, there are a series of recommendations to take into account to ensure the proper development of the embryo.

For more about how do chickens mate and reproduce, as well as chicken egg hatching process, keep reading here at AnimalWised.

You may also be interested in: How Do Guppy Fish Reproduce?
Contents

Before explaining how chickens are born, let’s analyze how chickens reproduce. A hen is born with all of her eggs, regardless whether or not a rooster is involved. Can a hen lay an egg without a male rooster? Technically, yes. However, fertilization of these eggs can only occur with the help of a rooster. If not, the egg will remain an egg and no chick will be born from it. Read on to discover how to chickens mate.

How do chickens fertilize eggs?

Hens go through oviparous reproduction, which refers to the laying of eggs. A bird’s reproductive system is very different from a mammals, specifically because they don’t have penises or vaginas. Instead, bird sex organs include testes and ovaries, which are located in the cloaca (a chamber inside of a bird’s body). A rooster, for example, has a small hole through which it moves the sperm to the hen’s oviduct to be fertilized, this process is also referred to as a ‘‘cloaca kiss’’.

The chicken mating ritual begins with a rooster prancing and clucking around a hen before mounting her. Therefore, if you notice your rooster dancing around a hen, he is courting her. Once mounted, he will give the hen a cloaca kiss, impregnating the hen.

For more, we recommend reading our article where we discuss everything you need to know about oviparous mammals.

How to know if an egg is fertilized?

One of the most commonly asked questions when it comes to chicken eggs is, ‘‘Are the chicken eggs we eat fertilized?’’ No, most of the eggs we buy in supermarkets come from chicken farms where there are no roosters, so we do not run the risk of any of them being fertilized. On the other hand, if you buy eggs from a farm where both roosters and hens are present, there may be a possibility the eggs are fertilized. But, how can you tell?

The first thing you should know is that in order for a chick to be born from an egg, the egg must be incubated. So, if the egg is not incubated by a hen, one can suspect that the egg is either not fertilized or, if it is, it’s not being developed. In the case of any doubts, you can use an OvaScope to completely illuminate the egg, allowing you to analyze the inside. If you don’t have an OvaScope, you can use a flashlight in a dark room. If you notice a spot, similar to that of spider legs, this is a sign that a developing embryo is present and the egg has been fertilized. However, if not incubated, growth will be truncated.

How long does it take a chicken egg to hatch?

Chicks are hatched fully developed with their eyes open. Additionally, they are almost immediately able to walk and eat alone. The incubation period of a chicken is roughly 21 days, at which time the egg should hatch. It is possible, however, that this process may be delayed by a week as a result of inappropriate temperature levels.

If you’ve found orphaned eggs and the hen is not present, an egg incubator will be necessary to ensure the egg’s survival. Remember that you will have to manually turn the egg from day 0-18 to make sure temperature is well distributed. We recommend turning the egg every hour or, at least, three times a day. These turns should not be 360º, but rather 38-45º. For more information regarding home incubation of chicken eggs, we recommend consulting a specialized veterinarian.

Keep reading to discover how chickens are born:

Parts of a fertilized egg

Once an egg has been fertilized, the embryo will begin to develop. At this point, it is normal to wonder how a chick receives food andgrows in an egg.The parts of an egg which offer them the possibility include:

How do chickens lay eggs?

As we’ve already mentioned, a chicken lays her eggs through the cloaca or vent after roughly 21 days of incubation. It’s also important to note that a hen will not lay more than one egg per day. Additionally, light has a massive effect on when hens lay eggs, and for this reason, hens tend to lay more eggs in spring and summer months on longer days.

How is a chicken born?

During its last few days in an egg, a chick adopts the appropriate posture to hatch, with the beak below the right wing. Just before hatching, the chick already occupies almost the entire space of the egg, except what is known as an air chamber. Additionally, it has also absorbed almost all the yolk, which is composed of protein and fat. Absorption is then produced by the abdominal cavity and causes a series of contractions that drive the head out, with the beak up facing to the right.

This process ends up breaking the allantoid, which is an external embryo membrane that performs functions related to excretion and breathing. After the initial break, carbon dioxide levels increase, which functions as a stimulus for the chick to start breathing through its lungs. In addition, by breaking the air chamber, the chick can begin to chop at it.

About 24 hours after lung breathing begins, the chick begins to hatch and chirp. The eggshell then opens clockwise. This process can take from 10 to 20 hours. If there is more than one egg, not all will hatch at the same time. Once the chick manages to break the shell entirely, the offspring leave the egg both wet and tired.

For a better understanding of how chickens are born, we recommend watching the following YouTube video by Gaia Shrine, which shows this process. In addition, we can also see how a hen can help her baby chick hatch.

Chicken eggs not hatching after 21 days

If your chick has not yet hatched after 21 days, it may be due to an incubation or temperature problem. If this occurs, it is likely that the chick is weak or has died. If you notice that the shell is slightly broken and that activity has suspended for 12 hours, you may need to offer the chick some help. In this case, delicately remove fragments of the shell with tweezers. This process is not always recommended, as in this beginning phase of pulmonary respiration and skin itching, intervention could suffocate the baby chicken.

If the egg has been incubated by the mother, she will most likely try and help her offspring. In this case, you should not intervene.

For more, you may also be interested in our article where we discuss why do chickens eat their own eggs?

Once a chick is born, your job is not over. If the chicks are with their mother, she will be in charge of taking care of them. In this case, all you have to do is make sure that other hens and roosters do not disturb the offspring.

However, in the case of orphaned chicks, you will need to provide them with housing. This will include a clean enclosure at the appropriate temperature. For the first month, temperature in the brooding area should range between 90-95 ºF/32-35 ºC. After a month, reduce this temperature by 5 degrees. Make sure this enclosure is not placed too high off of the ground, as the chicks could fall.

Chicks should always have water and food at their disposal. Offer your chick a diet of powdered corn to begin with. Other factors to consider include:

If you notice any strange behavior or symptoms, especially in developing chicks, we recommend consulting your veterinarian.

If you want to read similar articles to How do Chickens Reproduce?, we recommend you visit our Gestation category.

How do Frogs Reproduce? - Frog Reproduction
How do Snakes Give Birth?
How Do Rabbits Mate?
How do Horses Mate? - Horse Reproduction
Related categories
Basic careHeatSkin careFur careEar careExtra care
Most read
1.
When Does a Dog Go Into Heat After Having Puppies?
2.
Third Eyelid Showing in Cats - Causes and Treatment
3.
Why Is My Pregnant Dog Not Eating?
4.
Why Has My Cat Only Had One Kitten?
5.
Dog Pregnancy - Week by Week
6.
How do Horses Mate? - Horse Reproduction
7.
Possums as Pets: General Guidelines and Tips
8.
How to Control a Male Dog Around a Female in Heat
How to Tell if My Guinea Pig Is Pregnant - Physical Signs and Behaviors
How to Know if your Tortoise is Pregnant
How To Care For A Pregnant Hamster
Why do Cats Move Their Kittens?
Why is Dog Breeding Bad?
How many puppies can a French bulldog have?
How to Know if My Hamster is Pregnant
How Long Is Labor In Dogs?

2 comments
Rating:
100 Celcius
04/04/2022
It was amazingly useful, perfect explanation!
Rating:
95 Celsius?
07/09/2021
It says 95 degrees Celsius for proper brooding temp for chicks when it should be in Fahrenheit otherwise it'd be boiling temp lol

Administrador AnimalWised
12/11/2021
You are correct, it was a typo and should have said Fahrenheit. The article has been amended accordingly.
How do Chickens Reproduce? 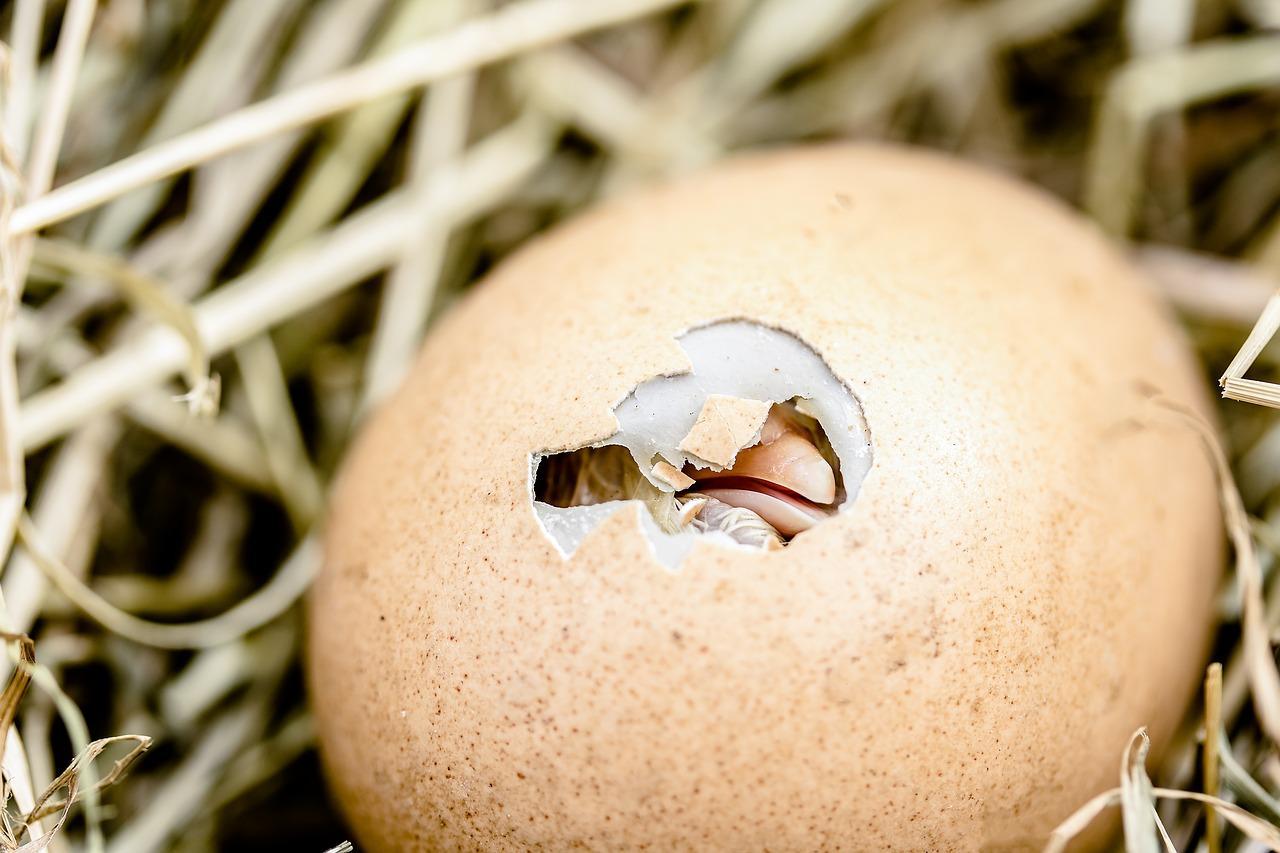 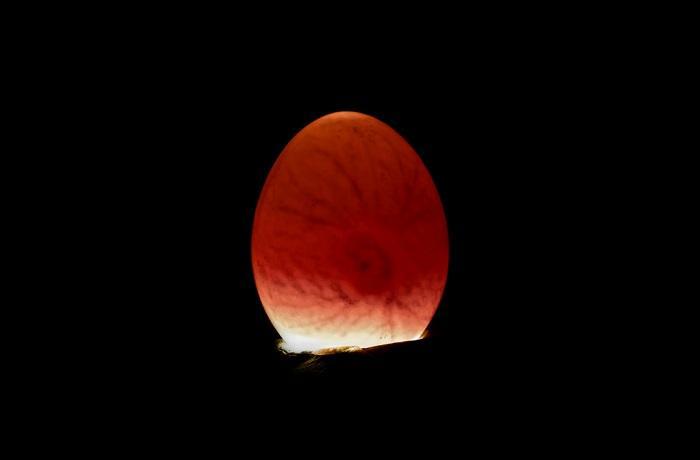 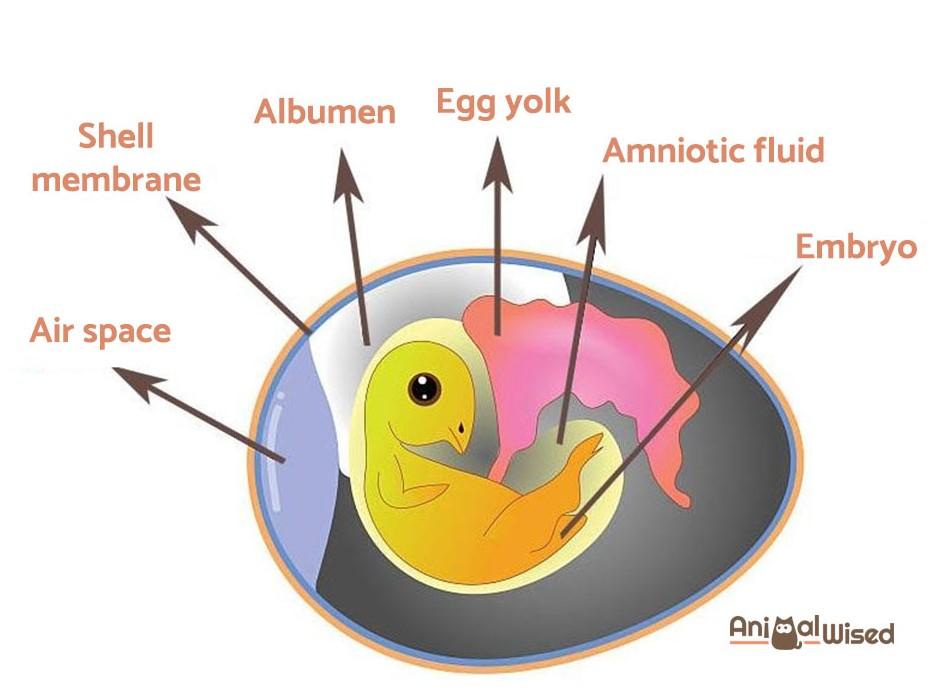 1 of 3
How do Chickens Reproduce?
Back to top