How do Horses Mate? - Horse Reproduction

Due to a horse’s impressive beauty, elegance, intelligence and sensitivity, they have managed to adapt to diverse activities and sports. For these above mentioned reasons, their breeding is now widespread throughout the world. After centuries of coexistence, however, we still have so much to learn from these fascinating mammals.

Undoubtedly, two of the most important aspects of any animal life are reproduction and behavior. If you’re wondering, ‘‘How do horses mate in the wild?’’ keep reading here at AnimalWised. In addition, we’ll also be discussing everything you need to know about mare gestation, reproduction and birthing.

You may also be interested in: How Do Rabbits Mate?
Contents

With the arrival of spring, the increase in heat and availability of natural light stimulates receptors in a horse’s brain that "orders" an increase in the production and release of sex hormones.

Consequently, mares come into heat, presenting symptoms such as swollen vulvae and a possible mucous secretion; which show receptiveness to male horses. Stallions experience peaks of sexual activity when they perceive that females are fertile, specifically through the detection of pheromones released through urine during heat.

This marks the beginning of the horse breeding season, which can extend until the last weeks of summer or the beginning of autumn. One of the most interesting aspects of horse reproduction is the elegance and complexity within horse courtship.

But there are also many curiosities and essential facts to bear in mind when understanding how horses reproduce and how foals are born. For a more detailed analysis about some key points about the behavior and sexual cycle of horses, keep reading below.

If you love horses as much as we do, we recommend taking a look at our article where we list the best names for horses and mares.

How do horses mate in the wild?

The beginning of a horse’s reproductive age usually coincides with the arrival of puberty, which occurs later in females than in male. While male horses become sexually active between 14 and 18 months of age, females may experience their first heat between 15 and 24 months of age.

However, horses only reach sexual maturity at the age of 4, in which they are fully prepared to give birth to strong and healthy offspring. But how often do the mares come into heat?

Mares experience seasonal ovulation cycles that occur in warmer seasons, with greater light availability. Therefore, mares usually go into estrus every 21 days during spring and summer. During a mare’s fertile cycles, bleeding can last between 5 and 7 days, but females only ovulate in the last 48 or 24 hours of each fertile period. In general, a mare remains fertile until her 15th birthday, when her last heat usually occurs. But this can vary according to the horse breed, its metabolism and health status.

Male horses remain in a constant heat from the moment they become sexually active. They do, however, present peaks of higher sexual activity that often spur on periods of jealousy among the mares. Because male horses are constantly fertile, they can reproduce and breed throughout the year, provided they find a fertile mare to mate with.

Horse mating and fecundation takes place through riding, as is with a vast majority of mammals. For more horse breeding facts, keep reading below.

How do horses mate?

The first step in horse mating is the courtship, performed by males to attract females before mounting. While approaching the fertile female, the male will adopt an imposing and haughty posture, arching his neck slightly to highlight the muscles of his chest and shoulders. He will energetically emit neighing sounds, specifically vocalized for mating.

The last step of horse courtship is the most spectacular, consisting of a kind of circle dance performed by a male to capture the attention of the female, demonstrating his intentions. In order to perform this "courtship dance", the male will significantly lift his hooves from the ground, while turning on his own axis.

If the female is receptive, the male will continue his ritual by caressing her neck with his snout, gently rubbing his body against hers, proceeding to sniffing her tail, rump, hind legs and genitals. If still receptive, a female will then lift her tail, showing that she is ready to mate and the male will then mount her. Horse courtship is longer than mating process, which usually lasts only a few minutes.

For more about horse vocalizations and understanding horse communication, we recommend reading our article where we discuss, ‘‘Why do horses neigh?’’

Like almost all mammals, horses are viviparous animals, meaning that fecundation and development of the embryo occurs inside the body. A horse’s pregnancy can last between 10 months to a year, depending on the breed and particularities of the organism, since each horse carries a unique metabolism. The pregnancy of an average mare, however, is about 11 months, after which the female will give birth to a single foal (baby horse).

During pregnancy, the females require special care to preserve their health. A pregnant mare diet is key in making sure she receives essential nutrients for proper fetus development. For this reason, it is normal that her appetite will increase significantly. A pregnant mare’s diet requires the appropriate amount of proteins, vitamins, minerals and fibers. We recommend incorporating fresh and natural foods into her diet to complement your mare’s feed during pregnancy.

Additionally, it is important that a pregnant mare maintain balanced physical activity during pregnancy to avoid weight gain, loss of muscle mass and complications during childbirth. To avoid pregnancy loss in horses, they should not be mounted after the fifth or sixth month of gestation, whereby the young enter into accelerated development. Is your horse pregnant? Make sure to consult a veterinarian to be sure your mare is healthy and receives appropriate consultation throughout gestation.

How do horses give birth?

When a mare approaches her tenth month of pregnancy, she will begin to prepare for giving birth. Horse birth usually occurs during the night or early morning, when the environment is calmer. In general, mares give birth quickly, between 15 to 20 minutes. Because horses are so incredibly sensitive and alert, they can postpone delivery if they perceive any threat within their environment.

Foals are usually born during springtime, when the climate is favorable to their development and there is an abundant availability of grass for feeding. Once born, it should take a foal only a couple of minutes before it can stand and begin to feed on its mother’s milk.

Foals require their mother’s breast milk to fulfill necessary nutritional requirements. During their first six to eight months of life, foals will be breastfed by their mothers and, with time, will begin to incorporate new foods into their diet during the weaning period.

An interesting fact about horse birth is that a newborn foal’s legs make up almost 90% of their height in adulthood. Consequently, newborn foals are unable to reach the ground to feed on grass. Many believe that this is due to evolutionary adaptation, because a newborn foal’s organism is unable to digest anything other than their mother’s breast milk when born.

For more, we recommend watching this video below where we can see how horses give birth. 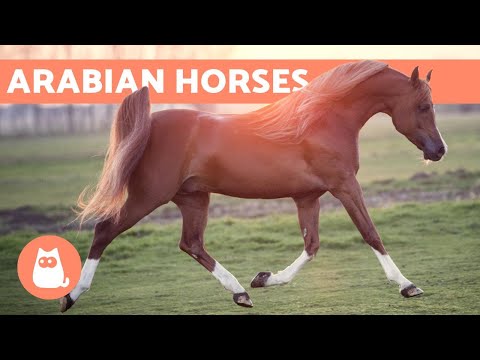 If you want to read similar articles to How do Horses Mate? - Horse Reproduction, we recommend you visit our Gestation category.

How do Frogs Reproduce? - Frog Reproduction
How Do Guppy Fish Reproduce?
How Do Butterflies Reproduce?
How do Chickens Reproduce?
Related categories
Dental hygieneSkin careEye careGeriatricsNail careBasic care
Most read
1.
When Does a Dog Go Into Heat After Having Puppies?
2.
Third Eyelid Showing in Cats - Causes and Treatment
3.
Can You Touch Newborn Puppies?
4.
Why Is My Pregnant Dog Not Eating?
5.
Dog Pregnancy - Week by Week
6.
How to Control a Male Dog Around a Female in Heat
7.
Why Has My Cat Only Had One Kitten?
8.
10 Hypoallergenic Cat Breeds for Allergic Families
Reproduction of the Chinese Giant Salamander
How do Snakes Give Birth?
How to Know if your Tortoise is Pregnant
At What Age Can Cats Have Kittens?
How To Care For A Pregnant Hamster
Why is Dog Breeding Bad?
Rabbit Pregnancy - Symptoms, Stages and Care
How To Tell If A Cat Is Pregnant - Symptoms 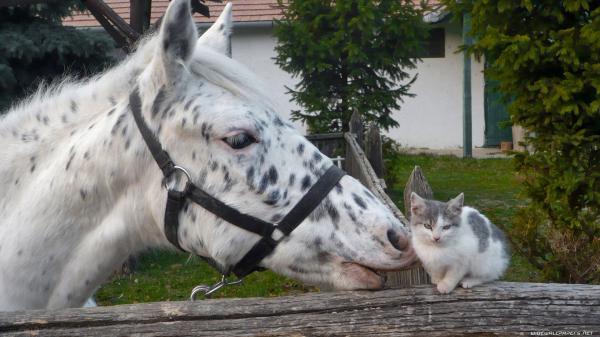 cute and i mean it!
How do Horses Mate? - Horse Reproduction 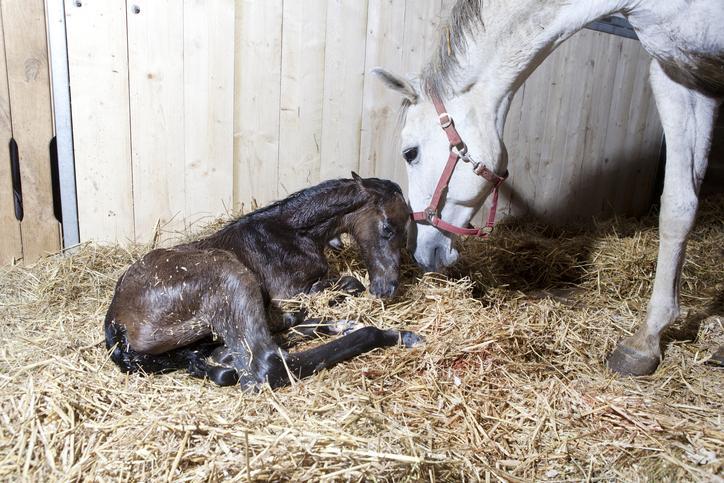 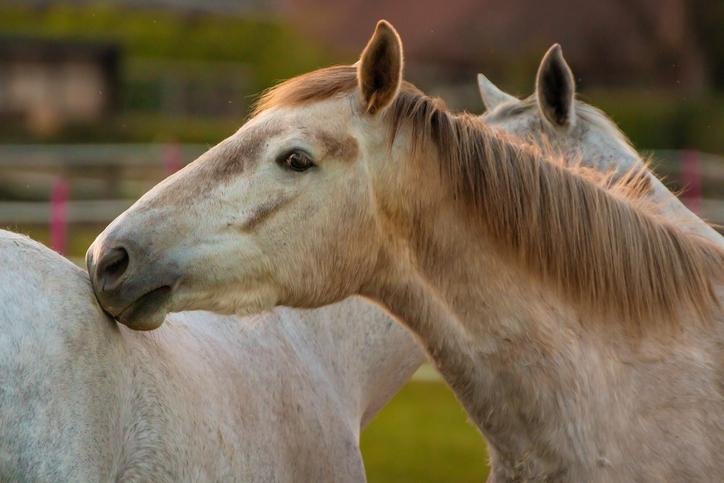 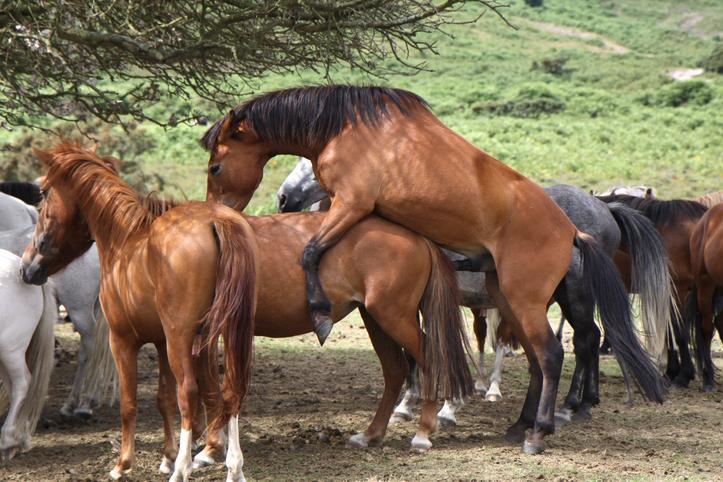 1 of 3
How do Horses Mate? - Horse Reproduction
Back to top