How Many Kittens Can A Cat Have?

If your cat is pregnant, it is a good idea to prepare for the time of birth and the birth of the kittens. A very common question is how many kittens can my cat have. Usually it is between four and six kittens, but larger or smaller litters are not uncommon. Furthermore, if we take into account that female cats are fertile almost until the end of their lives and live to be about 12-14 years old, a single female cat could give birth to between 96 and 210 cats during her lifetime.

The following AnimalWised article explains how many kittens can a cat have in each litter and in their lifetime, as well as some other important facts about their reproductive cycle.

You may also be interested in: How Many Teeth Does a Cat Have?
Contents

Breeding and reproduction of cats

Like dogs, cats have an estrus or heat cycle. However, female cats, called queens, are induced ovulators. This means that they will not ovulate (release an egg) if they are not fertilized. This greatly increases the chances of conception if they are bred, and explains why stray females often have many kittens per year.

Between 5-12 months, the female is ready to reproduce and comes into heat for the first time. The males, on the other hand, take a little longer: between 8 and 12 months.

The breeding season usually lasts from February to October in the Northern Hemisphere.

It is also important to remember that the gestation period of female cats is about 60 days. Therefore, it is possible that a female cat has 2-3 litters per year.

How long does a cat's estrus cycle last?

The estrus phase in female cats can last from 3 to 10 days in some cases. However, on average it lasts about a week, from 5 to 7 days.

The phases that the female cat goes through in estrus are:

Knowing how to tell if your cat is in heat by watching these stages can help you avoid unwanted pregnancies. However, it is also important to be familiar with the most common symptoms of heat in cats.

In general, the most obvious sign is that the cat is receptive to males and shows characteristic mating behavior, such as:

This behavior can last 3 to 20 days and repeat in 10 to 40 days if the cat is not mated. When the cat is bred, the cycle ends as her body prepares for pregnancy.

If you want to know more about the heat in cats, you should not miss the following article, where we explain each phase in more detail.

How many cats can a female cat have?

It is not only about how many cats a cat can have in a litter, but also about the number of litters it can give birth to per year, which, as we said before, can be between 2-3.

So, each female cat could give birth to between 8 and 15 kittens each breeding season from the beginning of her reproductive cycle until practically the end of her life. If we are not sure how many kittens a cat can have the first time, we should know that the number of kittens is the same as that of a cat in a second or subsequent pregnancy.

So we can calculate approximately how many kittens a cat can have in its whole life. To do this, we multiply the number of kittens we determined per year for each cat by the years of its life. Keep in mind that the average lifespan of a cat is between 12 and 14 years, and that female cats are usually fertile practically until the end of their lives.

So a single cat could give birth to between 96 and 210 kittens, and if not spayed, this number will increase exponentially with each new generation.

You may be interested in this other article, where we explain what are the most common birth difficulties in cats.

The importance of sterilization

As we can see, the reproductive capacity of female cats is indeed considerable. For this reason, we are currently dealing with numerous cats that are homeless.

Although they are animals that can survive without human help, cats live on the streets, surrounded by dangers such as being run over, poisoning, fighting, but also diseases that can lead to death, such as rhinotracheitis, immunodeficiency or feline leukemia. They also have to cope with bad weather, and it is common for them to go hungry. For all these reasons, their quality of life and life expectancy are limited.

Faced with this situation, we as cat lovers must become aware of this problem and decide to have our cat, male or female, sterilized. It is a simple operation that prevents the birth of new litters. We may be able to find a responsible home for 4-8 kittens, but it is impossible to find 200.

In addition, neutering stops undesirable behaviors such as marking and provides health benefits such as preventing pyometra, a secondary infection that occurs as a result of hormonal changes in the female reproductive tract.

Continue reading in this other article where we explain everything you need to know about the process of neutering a cat, the price, the side effects, the benefits, and the procedure.

If you want to read similar articles to How Many Kittens Can A Cat Have?, we recommend you visit our Facts about the animal kingdom category.

How Many Kittens Can A Cat Have? 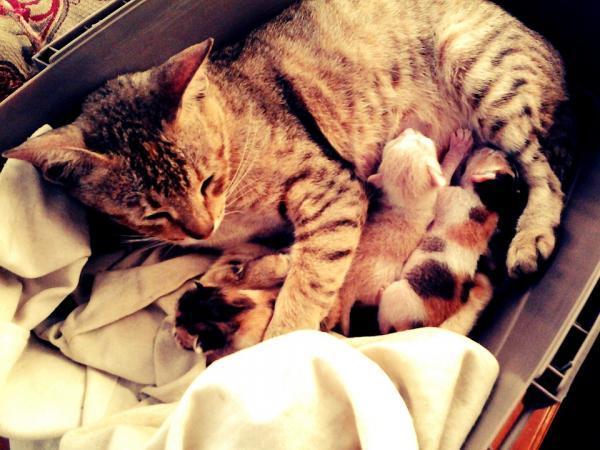 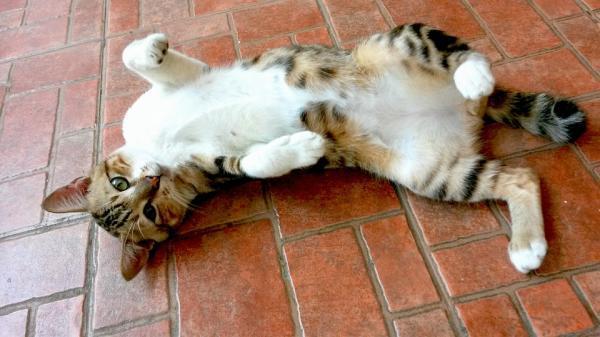 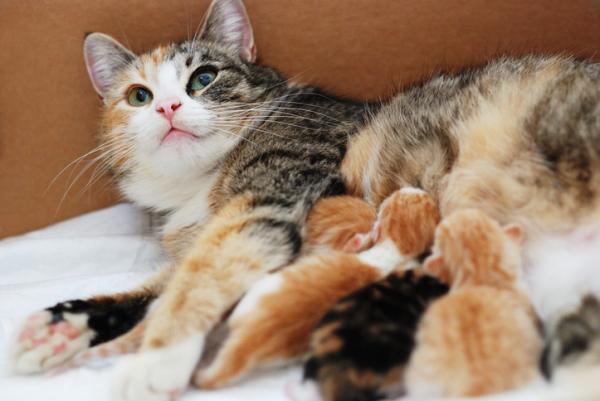 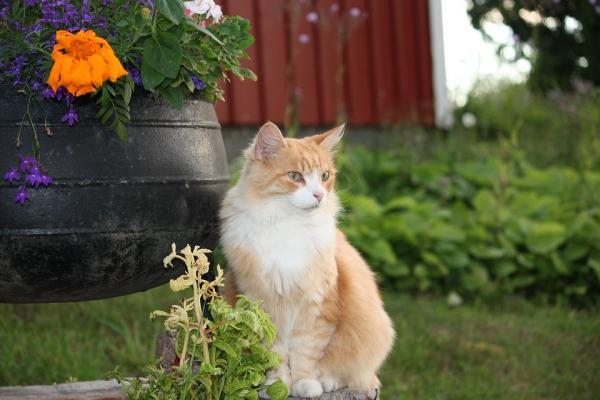 1 of 4
How Many Kittens Can A Cat Have?
Back to top