Sexual Reproduction in Animals and Plants

In this AnimalWised article we're going to explain sexual reproduction in animals and plants. We'll go through both to see their similarities and differences, this way you'll be able to compare. We will also include examples. Keep reading to learn more!

You may also be interested in: Asexual Reproduction in Animals and Examples
Contents

As we have previously mentioned, sexual reproduction is a type of reproduction where there is a fusion of gametes, resulting in an offspring that is genetically different to its parents.

The characteristics that define this type of reproduction are various. In the first place, in sexual reproduction there are two individuals involved, unlike asexual reproduction, a female and a male. Both some and others have organs known as gonads that produce gametes. These gametes are the sex cells, ovules in females, generated by the ovaries and sperm produced by the testes in males.

When an egg and a sperm fuse, they give rise to a zygote. This union is called fertilization. Fertilization can occur inside or outside the animal, depending on the species, thus there is external fertilization where females and males expel their gametes to the aquatic environment to fertilize them and internal fertilization, where the sperm find the ovule inside the female. 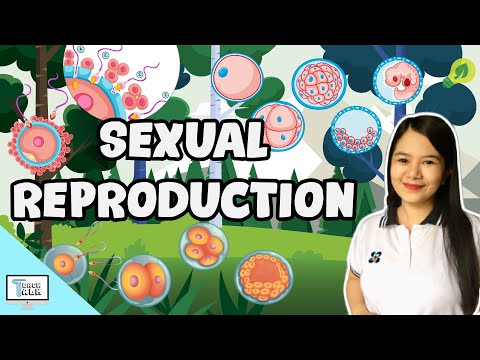 Stages of sexual reproduction in animals

From germ cells and through a type of cell division known as meiosis, both females and males create their gametes. The rate of creation and maturation of gametes will depend on several factors, but mainly on the species and the sex of the individual.

Types of sexual reproduction in animals

The types of sexual reproduction in animals are related to the size of the gametes that are going to unite in fertilization, thus we find isogamy, anisogamy and oogamy.

Examples of sexual reproduction in animals

There are as many examples of sexual reproduction as there are animal species:

Do not forget that there are hermaphroditic animals, with female and male reproductive organs at the same time, but they can only act as female or male when mating. Selfing does not occur.

We also encourage you to check out this video about sexual reproduction in plants! 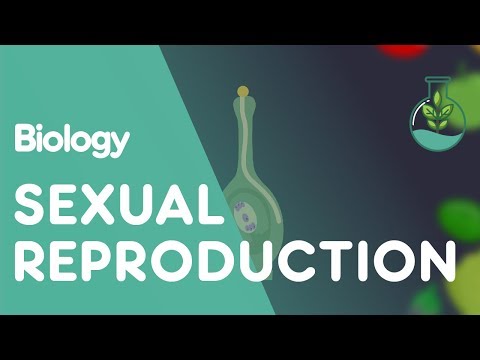 Stages of sexual reproduction in plants

Different types of plants and algae vary in these process, but many of them, including all land plants, undergo alternation of generations. They do this with two different multicellularis haploid containing a single set of chromosomes in each cell.

The fusion of male and female gametes, known as fertilization, produces a diploid zygote, which develops by mitotic cell divisions into a multicellular sporophyte. The mature sporophyte produces spores by meiosis. This is sometimes referred to as “reduction division” because the chromosome pairs are separated once again to form single sets.

Types of sexual reproduction in plants

Certain plants can reproduce sexually or asexually through spores. The spores are often located on the underside of the leaves and are carried to a new area by wind or rain. Spores, unlike seeds, are less likely to be eaten by animals, but they are at risk of being consumed by bacteria and fungi.

Other plants will reproduce through the stamens in their flowers, this includes all flowering plants. This will be done by pollination as animals come to pollinate the stamen from other plants, allowing the ovule to be fertilized and start developing their seeds. We also encourage you to check out our article about 15 animals that pollinate.

Cones are the parts of conifers which contain reproductive structures. Female cones produce ovules and male cones, which are much smaller and not as visible, produce pollen. Once the female cone is fertilized it'll become a seed. Male and female cones are usually produced from the same plant to facilitate cross-fertilization and to avoid self-fertilization.

Fruit is the result of of the maturation of one or many flowers, and is therefore only found in angiosperms. In botany, fruit is considered the ripened ovary of a seed-bearing plant which contains its seeds. In flowering plants, as a seed develops, its ovary begins to ripen and the ovary wall becomes fleshy (such as in berries and apples) or forms a hard outer covering (such as in nuts).

Seeds can be dispersed by the wind, water, or animals. Seeds are a more evolutionarily advanced form of plant reproduction than spores and are present in both gymnosperms and angiosperms. However, seeds can sometimes be eaten by animals.

Examples of sexual reproduction in plants

There are thousands of examples of sexual reproduction in plants, so here are some examples of large groups of plants that reproduce sexually:

If you found this article interesting you can continue learning about our world with out article about the 5 different animal kingdoms.

If you want to read similar articles to Sexual Reproduction in Animals and Plants, we recommend you visit our Facts about the animal kingdom category.

Bibliography
Examples of Sexual Dimorphism in Animals
Modes of Reproduction in Animals
Types of Animal Reproduction
How Do Starfish Reproduce Sexually and Asexually?
Related categories
Endangered animals
Most read
1.
What Animal am I According to my Zodiac Sign?
2.
What Does It Mean When a Cat Shows Up at My Door
3.
10 Most Beautiful Animals in the World
4.
Animals With Scales - Full List
5.
Why do Dogs Get Stuck when Mating?
6.
Can Cats Absorb Negative Energy?
7.
The 10 Most Solitary Animals in the World
8.
Differences Between Deer, Elk, Moose and Reindeer
Dolphin Mating and Reproduction
External Fertilization in Animals
New
Axolotl Reproduction
Reproduction of Turtles and Tortoises
Starfish Life Cycle - Reproduction and Life Stages
15 Blue Animals in Nature
Animals That Live in Trees
15 Animals That Pollinate

Sexual Reproduction in Animals and Plants