My Cat Is Reverse Sneezing 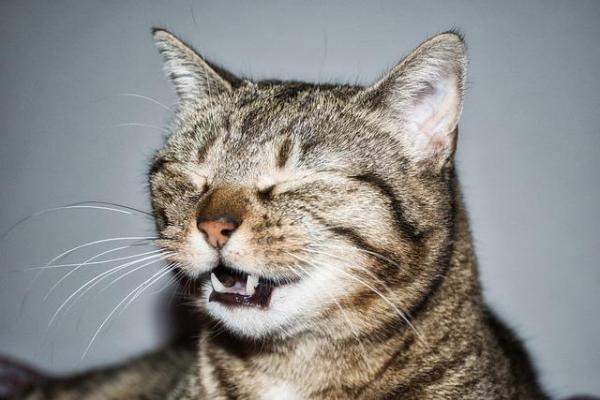 If you are in the room with a cat reverse sneezing, it is very hard not to notice. Not only are the sneezes quite loud and repetitive, but they make a unique facial expression which can be worrying if you haven't seen the phenomenon before. The paroxysms of sneezes are different from regular sneezing due to the contortions of their face. Although the reasons for reverse sneezing are directly related to trying to remove substances fro the nasopharynx, the indirect underlying causes are varied.

At AnimalWised, we explain why my cat is reverse sneezing. We look at the possible causes of this symptom and, by understanding why cats reverse sneeze, we can know what treatment is available.

What is reverse sneezing in cats?

A regular sneeze consists of a reflex from the nasal cavity to eliminate any foreign matter by expelling air under pressure. Such foreign matter can include excess mucus, irritants or even foreign objects. In contrast, a reverse sneeze is the inspiratory (i.e. breathing in) reflex which sends this air into the airways to eliminate these foreign substances.

When a cat reverse sneezes in quick succession, it can give the impression they choking, having an asthma attack or even vomiting. This is because the cat makes choking noises and they adopt a particular posture when reverse sneezing. This posture has the back bent and neck stretched out in a way which looks uncomfortable. The sudden noise of the air going in sharply can be unsettling.

In order for reverse sneezing to occur, the intra- and subepithelial myelin endings of the trigeminal nerve must be stimulated. These nerve endings are located in the lateral nasopharynx at the most sensitive point. Sniffing is also involved as a superposition of both upper respiratory reflexes.

Reverse sneezing occurs with a strong contraction of the muscles involved in inspiration together with movement of the laryngeal cartilages, In turn, this generates a negative tracheal and pleural pressure that suddenly opens the glottis, causing a rapid and strong inward airflow that reduces mucus and irritant particles. This facilitates their passage into the more caudal oro- and nasopharynx to be cleared by mucociliary mucus and eliminated via the digestive tract or by coughing.

Causes of reverse sneezing in cats

There are many reasons why a cat sneezes, many of which are similar to why they reverse sneeze. Stimulation of the nasopharynx for the production of reverse sneezing can be caused by the following situations:

Reverse sneezing in dogs is more common than in cats. In cats, it most commonly occurs in cats affected by asthma.

Symptoms of Reverse Sneezing in Cats

Reverse sneezing in cats causes distress. The large inspiratory effort causes their elbows to move awkwardly, their neck to extend and your back to bend. This is known as the orthopneic posture. There is also usually a backward movement of the head with the mouth closed, causing nausea as the cat swallows or coughs to remove the discharge. During reverse sneezing, cats also emit a loud inspiratory sound and expand their chest.

Generally, they recover completely after each episode, which can last from a few seconds to two minutes. They do not lose consciousness during the episode. If the reverse sneeze is caused by a disease or infection of the respiratory tract, the cat will present symptoms such as the following:

If the reverse sneeze is caused by a disease, it must be diagnosed and treated as soon as possible. Treating the underlying cause of reverse sneezing in cats will stop this symptom. This will require taking the cat to a veterinarian for diagnosis as misdiagnosis at home can be very dangerous. For example, when a bacterial infection is treated with antibiotics, the excessive mucus will no longer be produced and the reverse sneezing stops.

However, some cats will require symptom management as the underlying cause can't be easily treated. An example might be with cats suffering from allergies which require decongestants or antihistamines. Additionally:

For more information, take a look at our related article on why a cat has a runny nose and is sneezing.

If you want to read similar articles to My Cat Is Reverse Sneezing, we recommend you visit our Breathing diseases category.

Bibliography
My Cat Has a Runny Nose and is Sneezing
My Rabbit is Sneezing - Causes and Treatment
My Pug Keeps Making a Honking Noise
My Cat Is Coughing and Gagging
Related categories
Viral diseasesParasitic diseasesIntestinal problemsVaccinationSkin problemsPregnancy problems
Most read
1.
What to Do if My Dog has Something Stuck in his Throat?
2.
My Dog Is Bleeding from His Penis
3.
Can I Bathe My Dog After Vaccination?
4.
My Cat Has Liquid Coming From Their Anus
5.
Myiasis In Dogs - Symptoms, Removal And Treatment
6.
My Dog Keeps Licking Her Private Area - All Possible Reasons
7.
Gurgling Sound in Cat's Stomach
8.
Why Does My Cat Push Out His Penis and Lick It?
My Cat Keeps Sneezing But Seems Fine - Common Cold in Cats
Why Does My Cat Sneeze?
My Cat is Wheezing When Breathing - Causes and Treatment
Cat Sinus Infection: Home Remedies
Home Remedies for a Cat Cold
Why does my Cat Cough so much?
Snuffles (Pasteurellosis) in Rabbits - Causes, Symptoms And Treatment
What is Pulmonary Fibrosis in Dogs?

My Cat Is Reverse Sneezing 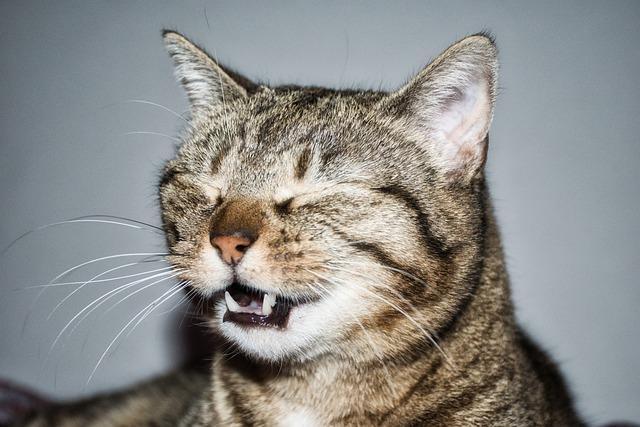 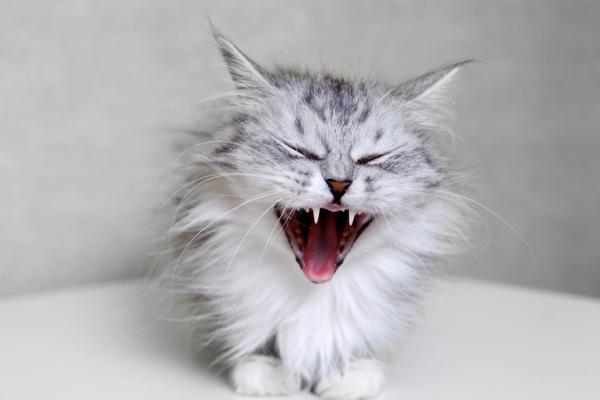 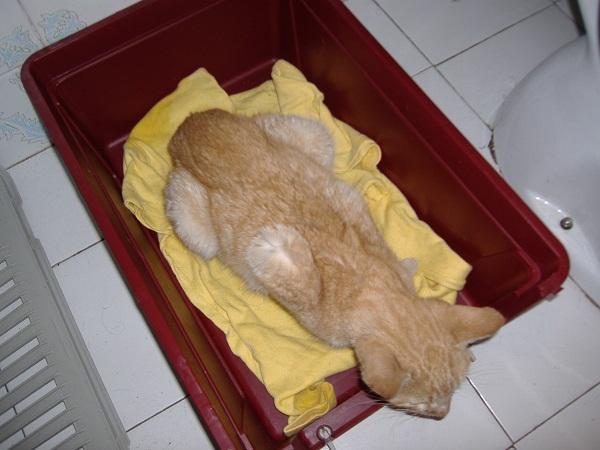 1 of 3
My Cat Is Reverse Sneezing
Back to top