My Dog Is Breathing Heavily Through the Nose

At AnimalWised, we explain why my dog is breathing heavily through the nose. We understand the possible causes of respiratory issues and what treatment options may be available.

You may also be interested in: My Dog Has a Stuffy Nose and Trouble Breathing
Contents

The upper respiratory tract includes the sinuses, pharynx, larynx and the nasal cavity, so it is understandable conditions affecting this area may result in a dog breathing heavily through their nose. Such conditions often cause inspiratory paroxysmal respiration, also known as reverse sneezing in dogs. Although we don't always know why a dog is reverse sneezing, we do know it is related to the following conditions:

It is important we take a dog with sudden labored breathing to the veterinarian. Even if we know the cause, it is best for the vet to treat the issue. For example, if the obstruction is caused by a foreign body, we may cause more damage trying to extract it. A veterinarian can perform imaging tests and surgery, if necessary.

Other treatment options will depend on the underlying cause. Surgery ay be required to treat a laryngeal collapse. Diseases which cause inflammation may require antibiotic, anti-inflammatory or other types of treatment. Complementary medical therapy is sometimes necessary, based on corticosteroids, antitussives, bronchodilators and/or tranquilizers.

The lower respiratory tract of dogs includes the larynx, bronchi, lungs and alveoli. When diseases affect this area, they generally produce expiratory-type dyspnea, i.e. labored breathing form air expelled from the lungs. For this reason, it is common to notice breathes heavily through the nose because it cannot breathe normally. These are the most common diseases affecting the lower respiratory tract:

In these cases, the treatment is variable and depends on the specific pathology that causes the respiratory difficulty:

In addition to the diseases that we have described in the previous sections, there are other pathologies that affect a dog's respiratory function, even if they do not originate in the respiratory system. These are cases where respiratory distress and breathing heavily through the nose are secondary symptoms:

Treatment of these diseases

The treatment of the causes described in this section also varies depending on the specific pathology:

Respiratory distress can can also appear in diseases that cause both left and right heart failure. They include:

Treatment of cardiac disease in dogs

In these cases, treatment should be based on two main factors:

Other reasons a dog breathes heavily through the nose

All the causes described above can cause you to notice your dog is breathing heavily through their nose when they sleep or when they are awake. They are not the only causes. In addition to the etiologies described in the previous sections, we must highlight other causes that can lead to labored breathing in dogs:

Treatment of other causes of labored breathing

Similarly, the treatment of these causes will vary depending on the specific process.

In the case of dog poisoning, electrocution, etc., the situation will constitute a veterinary emergency. In all cases, a dog should be taken to the veterinarian as soon as we observe any type of labored breathing as the situation can deteriorate rapidly and early diagnosis can improve the prognosis.

If you want to read similar articles to My Dog Is Breathing Heavily Through the Nose, we recommend you visit our Breathing diseases category.

Bibliography
Heavy Breathing in Cats - Causes and Solutions
Why is My Dog Panting So Much?
My Cat Has a Runny Nose and is Sneezing
My Cat is Wheezing When Breathing
Related categories
First aidParasitic diseasesViral diseasesPreventionPregnancy problemsVaccination
Most read
1.
What to Do if My Dog has Something Stuck in his Throat?
2.
My Dog Is Bleeding from His Penis
3.
My Dog Keeps Licking Her Private Area - All Possible Reasons
4.
My Dog Has Pus Coming From His Penis
5.
Why Does My Cat Push Out His Penis and Lick It?
6.
My Cat Has Liquid Coming From Their Anus
7.
My Dog's Poop Starts Solid Then Goes Soft
8.
My Dog Keeps Making a Gulping Sound
Why is My Bulldog Snoring Loud?
My Dog Is Grunting Like a Pig
My Cat Is Reverse Sneezing
Dyspnea in Cats - Difficult Breathing
My Cat Is Coughing and Gagging
My Cat Has a Gurgling Sound in Their Throat
Rhinitis in Dogs: Types, Symptoms and Treatment
Stertor in Dogs - Causes and Treatment

My Dog Is Breathing Heavily Through the Nose 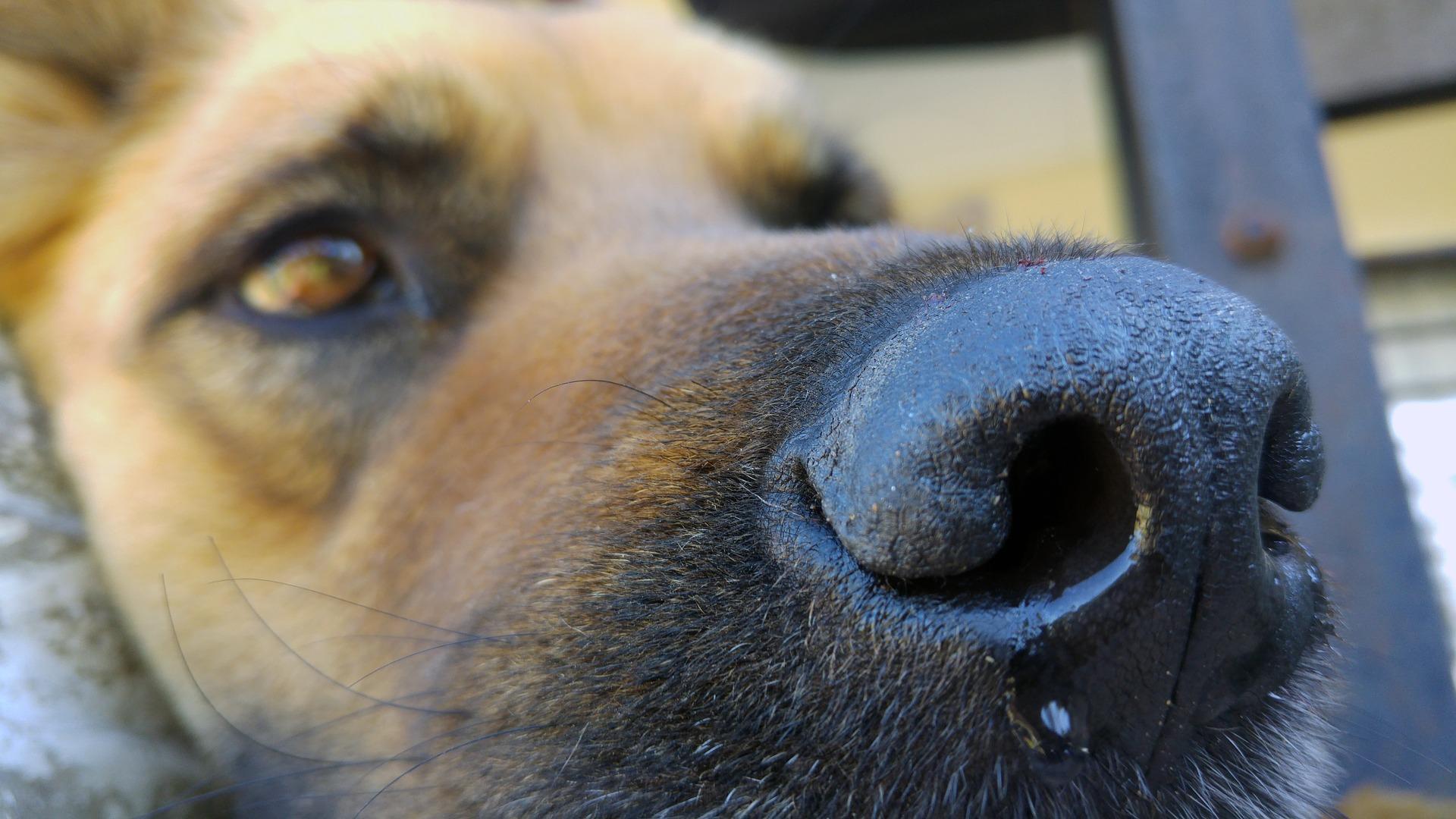 My Dog Is Breathing Heavily Through the Nose
Back to top