My Dog Has a Stuffy Nose and Trouble Breathing

A dog presenting with a runny nose and trouble breathing is a common cause for veterinary consultation. In the majority of cases, the stuffed nose is a result of agitation to the nasal mucosa. The underlying cause of such agitation is varied. They include relatively benign issues such as the common cold, but can also be symptoms of more serious problems, including life-threatening tumors.

AnimalWised investigates why my dog has a stuffed nose and trouble breathing. We understand the causes and treatment for a blocked nose in dogs so we can help them to breathe easily once again.

You may also be interested in: Heavy Breathing in Cats - Causes and Solutions
Contents

Causes of a stuffy nose and troubled breathing in dogs

When a dog has as stuffy nose, it is due to problems with the mucosal lining (nasal mucosa). When this mucosa becomes inflamed, it is known as rhinitis. It is not usually because of the inflammation itself that rhinitis occurs. As a concurrent symptom, various types of discharge can block the nasal airways, resulting in a stuffy nose.

In dogs with rhinitis, we often see they have a stuffy nose and trouble breathing. The reason is because the agitation to the nasal cavity and the accumulated secretions block the airways. When it affects the upper respiratory tract, it can make the nose stuffy and provide trouble breathing. When the infection or other problem spreads, it can make the dog's breathing even more difficult.

Bronchitis is the term used to refer to inflammation of the bronchi in the dog's lungs. When we refer to a chest cold, we are usually referring to acute bronchitis. Pneumonia is another type of inflammatory lung condition, this time affecting the alveoli.

These are types of lower respiratory infections which do not necessarily mean the dog will have a stuffy nose, but they will cause trouble breathing. If the infection spreads or is concurrent with an upper respiratory disease, then we may see a blocked nose.

Another reason we don't always see as stuffy nose is because the secretions from the lungs rise to the pharynx and are swallowed. Instead of going to other parts of the respiratory tract, they enter the digestive tract via the esophagus. While we know the general reasons why a dog has a stuffy nose and trouble breathing, we look into these causes in more detail with the sections below.

There are different infectious agents capable of causing rhinitis in dogs. Depending on the pathological agent, infectious rhinitis can be classified into three groups:

To diagnose the type of rhinitis, it is necessary to take nasal samples and perform cultures to determine the causative agent of infection. Once this has been determined, a specific antimicrobial therapy should be established. This requires antibiotics, antivirals or antifungals, depending on the case. In addition, it may be useful to administer drugs that help expel mucus (such as mucolytics or expectorants) and place humidifiers to fluidize secretions and promote their expulsion.

Veterinarians often see dogs with stuffy noses which are retching. There are various reason for this problem, but one of the most common is irritant rhinitis.

A dog's nasal passage functions in such a way that it should expel anything which shouldn't be there. The reason a dog has a runny nose is because the nasal mucosa is trying to remove pathogens or other agents. In the case or irritant rhinitis, the agent is a substance which is more actively irritating the nose. These irritants take various forms, including:

Chemicals are a common irritant for dogs as they are used for various purposes in the home. Cleaning agents, disinfectants, varnishes and other products can cause irritation to the dog. The severity of the irritation usually depends on the level of exposure. The irritation is a result of the dog's body activating defense mechanisms to protect itself. These mechanisms include:

To prevent the appearance of this type of rhinitis, it is important to prevent exposure to irritants in the first place. In the event an exposure has already occurred, an attempt to decontaminate the nasal passages may be performed by flushing it with saline solution. This needs to be done by a professional as there is a risk of aspiration.

The entry of foreign bodies into the nasal cavity is a very common cause of rhinitis. We distinguish between these and irritative substances because foreign bodies are larger. One of the most common is foxtails, a very sharp seed casing which has barbs. This can become lodged in the dog's nose and result in severe rhinitis.

Other elements such as sticks, stones, toys, coins or anything small enough to fit inside can become foreign bodies. In these cases, the discharge begins as serous, but over time it begins to become serosanguinous (appearance of blood), mucoid or purulent, the latter occurring if complicated by a bacterial infection.

Treatment requires the removal of the foreign body by rhinoscopy (looking at the nasal passge with a special camera). The establishment of antibiotic therapy in the event of associated bacterial infections will also likely be required.

Sometimes dental problems can move to the nasal cavity and cause a stuffed nose in dogs. In dogs suffering from advanced periodontal disease, abscesses can form at the root of the teeth. Over time, this can lead to the development of an oronasal fistula (i.e. a passage between the oral and nasal cavities). Through the fistulas, the infection can be transmitted to the nasal cavity, generating rhinitis.

In these cases, canine periodontal disease should be treated primarily (usually by extracting the affected teeth). In addition, it is important to establish a systemic antibiotic treatment to treat the infection. If the infection spreads sufficiently,. it can become systematic and even produce trouble breathing.

Another cause that can trigger the appearance of rhinitis in dogs are neoplasms, both benign and malignant:

In addition to nasal discharge, it is common for the dog to present respiratory distress (due to obstruction of the airways) and deformations of the nasal plane. With the passage of time, the clinical signs usually worsen, leading to bloody discharge and increasingly marked respiratory distress.

Treatment of these tumors requires surgical removal. This is usually combined with other therapies such as radiation therapy or chemotherapy for dogs. It should be noted that nasal tumors are among the neoplasms that best respond to radiotherapy. However, the high cost of this treatment and the small number of centers that offer it make it a treatment option that is often difficult to access.

Allergic rhinitis can occur, although it is rare. They are generally seasonal problems, which appear associated with pollen or certain plant fibers. Dust mites, mold and other microorganisms can also act as allergens. In these cases, there is usually a serous nasal discharge (transparent and quite fluid), which is accompanied by other signs such as sneezing, coughing or general trouble breathing.

As their guardians, it is important to prevent dogs from coming into contact with allergens. In the event that clinical signs appear, it may be necessary to start a treatment with corticosteroids or consider an immunotherapy treatment. The latter may include autovaccines specifically designed for each patient.

As you have seen, the reasons why a dog has a stuffy nose and trouble breathing are varied. Whenever you detect the appearance of this clinical sign in your dog, either alone or accompanied by other symptoms, it is advisable you go to a trusted veterinarian. They can determine the cause of the process and establish the most appropriate treatment in each case.

Learn more about the treatment of canine allergies by reading our guide to the allergy medications safe for dogs.

If you want to read similar articles to My Dog Has a Stuffy Nose and Trouble Breathing, we recommend you visit our Breathing diseases category.

My Cat Has a Runny Nose and is Sneezing
My Dog Is Breathing Heavily Through the Nose
Cat Sinus Infection: Home Remedies
My Cat Has a Gurgling Sound in Their Throat
Related categories
First aidVaccinationMedicineEye problemsHereditary diseasesPregnancy problems
Most read
1.
What to Do if My Dog has Something Stuck in his Throat?
2.
My Dog Is Bleeding from His Penis
3.
My Dog Keeps Licking Her Private Area - All Possible Reasons
4.
Why Does My Cat Push Out His Penis and Lick It?
5.
My Dog Has Pus Coming From His Penis
6.
My Cat Has Liquid Coming From Their Anus
7.
My Dog's Poop Starts Solid Then Goes Soft
8.
My Dog Keeps Making a Gulping Sound
Rhinitis in Dogs: Types, Symptoms and Treatment
Dyspnea in Cats - Difficult Breathing
My Cat is Wheezing When Breathing
Why Does My Cat Sneeze?
Stertor in Dogs - Causes and Treatment
Home Remedies for a Cat Cold
My Dog Has a Dry Cough and Gags
Reverse Sneezing in Dogs - Causes, Treatment And Care

My Dog Has a Stuffy Nose and Trouble Breathing 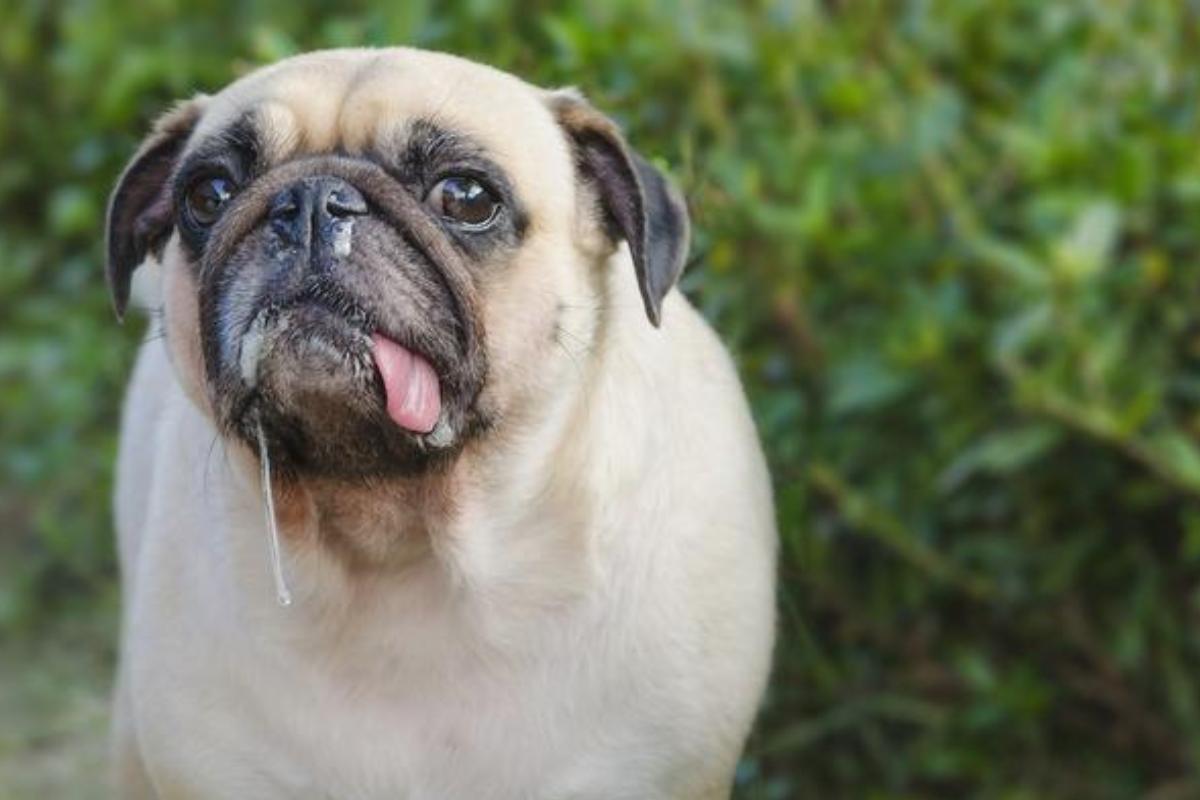 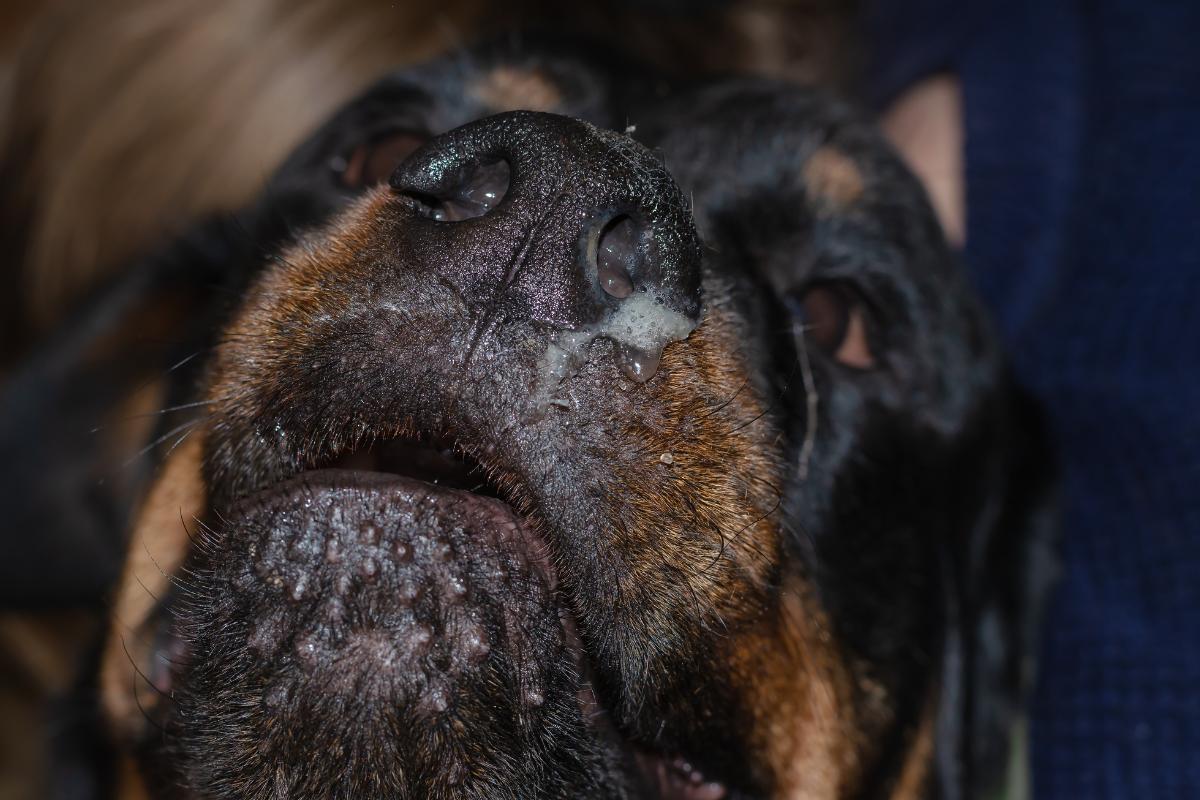 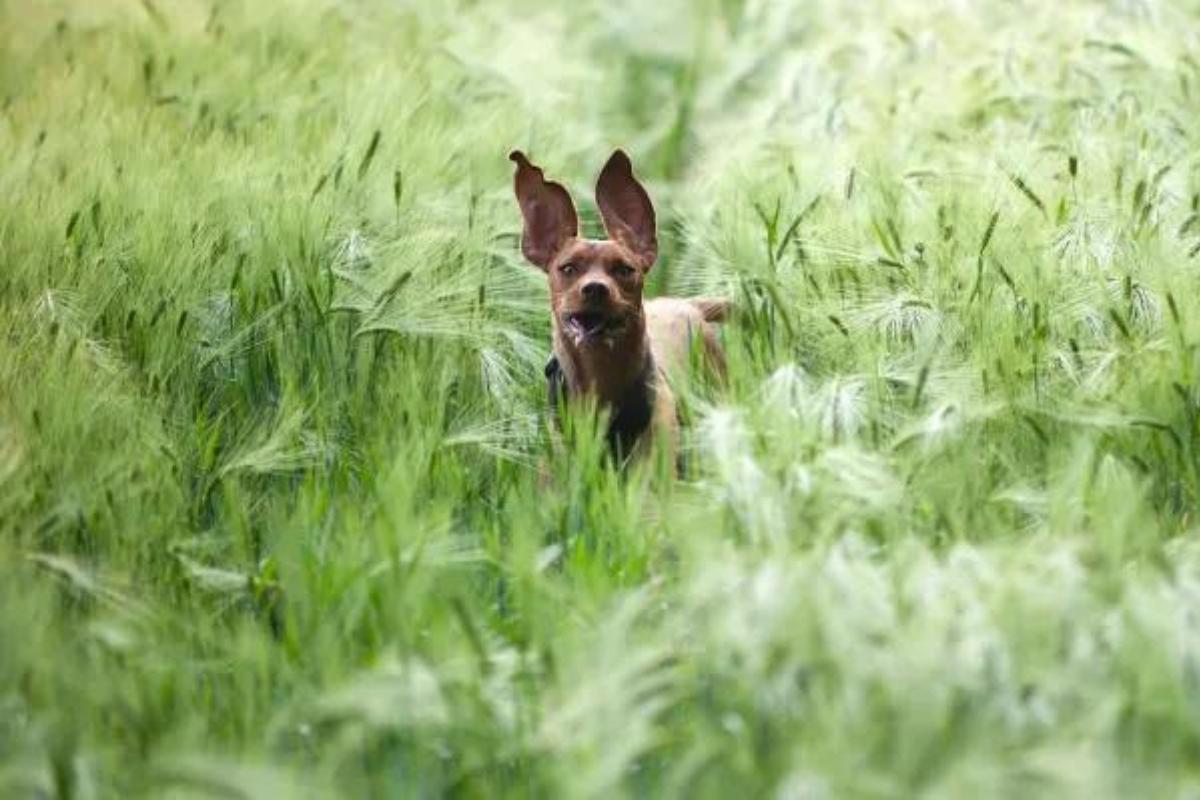 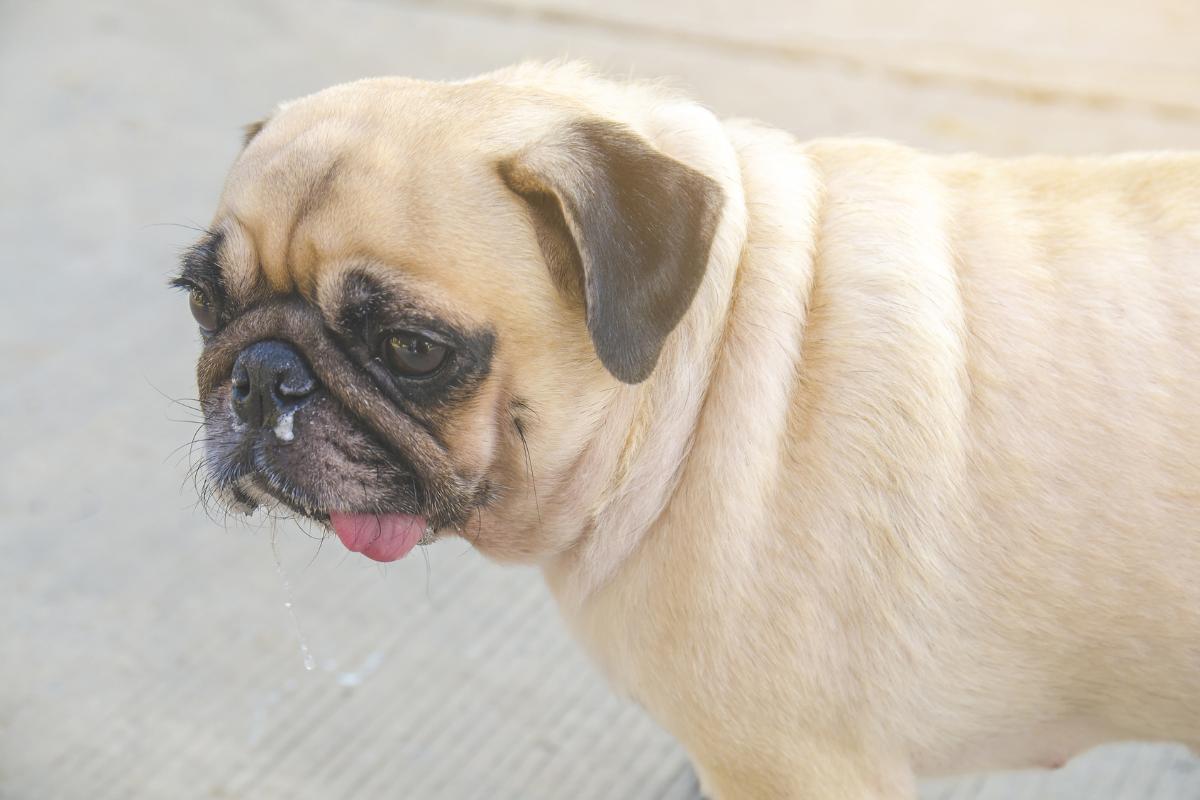