An orchiectomy is a procedure which entails the removal of one or both of a dog's testicles. It is a common procedure when used as a form of castration of the animal, a type of neutering. There are also other less common reasons for an orchiectomy in dogs. At AnimalWised, we look in more detail at the surgical removal of testicles in dogs. We find out the reasons why a dog needs an orchiectomy, as well as what sort of postoperative care we will need to provide as the dog's caregivers.

You may also be interested in: Rabbit Neutering - Benefits, Price and Care
Contents

What is an orchiectomy in dogs?

Many people will use the term orchiectomy synonymously with castration, but they are not exactly the same thing. Castration is a type of neutering, something which prevents a dog from siring puppies. To castrate a dog, you need to carry out a bilateral orchiectomy. However, there may be reasons why only one testicle is removed, so the dog is not neutered.

Reasons why a dog only needs one testicle removed are relatively rare. They include testicular cancer, something which can occur in one or both testicles. If a lump is found in the dog's testicle, it is likely the whole testicle will be removed when it is a tumor. Due to the possible incidence of the cancer spreading, it is common for a bilateral orchiectomy to be performed.

Another reason for orchiectomy in dogs other than castration for neutering purposes is cryptorchidism. Cryptorchidism in dogs is a condition which affects male dogs whereby one or more of the testicles has not yet descended. This usually occurs after 8 weeks of age. Although it can take longer, if it has not happened by a certain stage, the dog may need the testicle or testicles to be surgically removed.

In extremely rare cases, it is possible the dog will have polyorchidism[1]. This is when the dog has more than two testicles. In these cases, the dog will likely have the supernumerary testicle removed, either on its own or with the others as part of a castration procedure.

Castration is recommended for dogs in general. Not only does it help to reduce the number of dogs which are abandoned every year, but it helps to prevent various physical and behavioral disorders in the dog. The operation for surgical removal of a dog's testicles is relatively straightforward and one of the most common veterinary procedures. Take a look at our article on whether a neutered dog lives longer to discover more benefits.

Although an orchiectomy is the removal of a dog's testicle, there are different surgical techniques a veterinary surgeon can use. The chosen surgical method will be the one which best suits the needs and characteristics of the dog. While an orchiectomy can be unilateral or bilateral, the type of procedure also has two main variations:

The following is the general procedure require for the surgical removal of a dog's testicles:

While a prescrotal approach is common, there are other options for orchiectomies. Another technique creates access directly into the scrotum, quickly removing the testicles. It can be done more easily in younger dogs. Perineal access is also possible, although it becomes more complicated to extract the testicles from that location.

Before setting the date for the operation, the veterinarian will do a general review of the dog to discover if there is any condition which may create risk for the dog during or after the procedure. This information can be obtained by taking a blood sample from the dog, but an electrocardiogram or a chest x-ray is also recommended in some cases. This will be at the veterinarian's discretion after taking the dog's medical history.

The night before or about 8-12 hours before we have to remove the dog's access to food and water. During general anesthesia, a dog with a full stomach could vomit and cause aspiration. It is also best of the dog empties their bladder before entering the clinic. As the dog's guardian, you will have to sign an informed consent.

For related information, take a look at our article on why a dog is bleeding from their penis.

Orchiectomy is a simple and fairly quick surgical intervention that also usually has a fast recovery. In the vast majority of cases, you will be able to take the dog home as soon as they wake from the anesthesia. The vet will advise us when we can resume their feeding schedule. They will likely prescribe medication to aid their recovery. Analgesics will be prescribed to manage the pain and antibiotics may be prescribed to prevent bacterial infection.

To avoid complications after neutering the dog, we will need to maintain and clean the dog's incision wound. The veterinarian should show us how to best clean the dog's wound. An e-collar may also be provided to prevent the dog licking or interfering with the wound. The vet will also likely require a checkup after 7-10 days. In some cases, this will require the removal of the stitches, although many procedures use absorbable sutures which do not need to be removed manually.

Although the dog may behave as before the orchiectomy, we need to be careful not to harm the wound. This means keeping them calm and avoiding great physical exertion. We also need to be aware of the dog's mental wellbeing. Some dogs may show aggression after neutering, although this is not usually prolonged. We need to be reassuring and help them to know they will not come to any harm.

It is possible for a hematoma to develop around the incision site or even around the entire scrotum. In these cases, it should go away within a few days. It is important we monitor the wound for signs of infection such as when it bleeds excessively or it is purulent. We also need to look at other signs such as appetite loss, increased heart rate or other signs of complications. In these cases, we must contact the veterinarian immediately.

For more detailed analysis, take a look at our related article on what to expect after neutering your dog.

If you want to read similar articles to Orchiectomy in Dogs - Surgical Removal of Testicles, we recommend you visit our Prevention category.

Bibliography
How to Remove Tartar in Dogs
Complications After Spaying or Neutering a Dog
What is the Difference Between Castrating and Sterilizing a Dog?
What to Expect After Your Dog is Neutered
Related categories
First aidDe-wormingSkin problemsPregnancy problemsEye problemsHome Remedies
Most read
1.
My Dog Is Bleeding from His Penis
2.
My Dog Keeps Licking Her Private Area - All Possible Reasons
3.
What to Do if My Dog has Something Stuck in his Throat?
4.
My Dog's Poop Starts Solid Then Goes Soft
5.
Why Is My Cat Vomiting White Foam?
6.
My Cat Has Liquid Coming From Their Anus
7.
Why Does My Cat Push Out His Penis and Lick It?
8.
My Dog Has Pus Coming From His Penis
Contraception Methods for Cats
When Is the Best Time to Neuter a Cat?
When Can You Neuter a Cat?
How to Know if a Cat is Sterilized
Common Health Problems in Pug Dogs
What Is the Best Age to Neuter a Dog?
Signs of Pain in Dogs
Common Diseases of Persian Cats 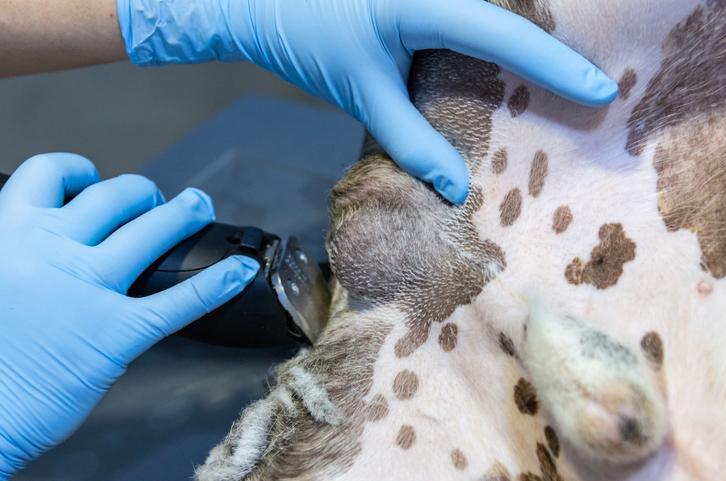 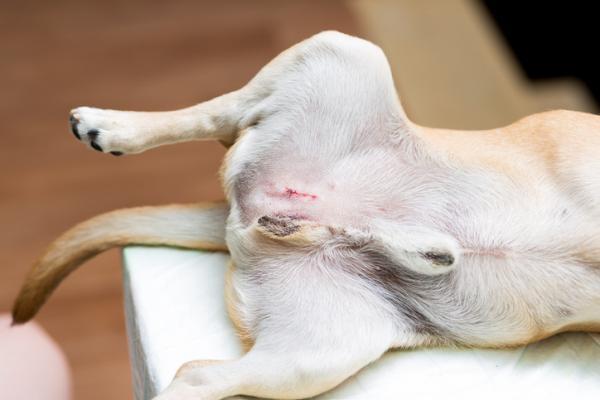 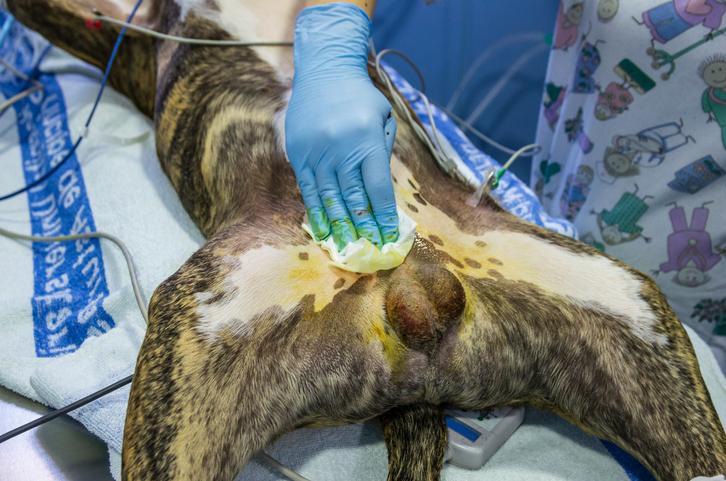