What to Expect After Your Dog is Neutered 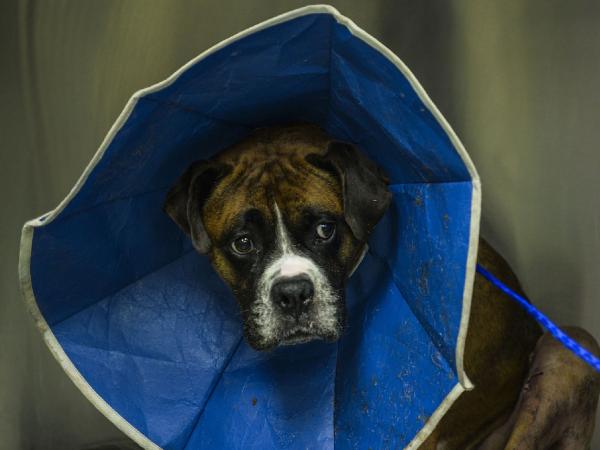 Making the decision to neuter your pet can seem like a big one, but it is a routine surgical procedure for a reason. While it does require invasive surgery, it does not normally propose a health risk to your dog. The benefits of sterilizing dogs are myriad for both the individual and the greater animal population at large. However, some dogs may find the process difficult and any animal which does through the procedure will need the care of their human guardians.

In this AnimalWised article, we look at what to expect after your dog is neutered. We discuss what the dog will need in terms of aftercare, length of time for recovery and more.

You may also be interested in: Complications After Spaying or Neutering a Dog
Contents

What is neutering in dogs?

Is neutering the same as sterilization?

While the two terms are used interchangeably, there is an important difference to make between sterilization and neutering. Sterilization is the term for making an animal sterile, i.e. unable to reproduce. However, this can be done in many ways and there are various types of sterilization in dogs. For example, tubal ligation in female dogs or a vasectomy in male dogs will make them sterile without removing any reproductive organs.

Although neutering is a type of sterilization, it is made distinct for a reason. For non-neutering types of sterilization whereby the reproductive organs remain in the body, there are different consequences. Although they cannot reproduce if the procedures are successful (which is not always the case), the organs will still produce hormones which affect their behavior and physiology.

Sex hormones in female dogs are linked to various conditions such as breast tumors and uterine infections. In male dogs, hormonal imbalances can lead to medical issues such as prostate hyperplasia. Behaviorally, female dogs will still have their heat cycle. This can cause serious frustration. Males may also have issues with aggression or other behavioral problems. This article discusses what you can expect after neutering a dog.

For an ovariohysterectomy, an incision needs to be made in the abdomen to remove the ovaries and uterus. The procedure can be performed with only one incision, but it will depend on the veterinarian's method. Surgery can be carried out by:

Regardless of the technique used, aftercare of a dog after neutering will require protection of the incision site and the stitches. To stop the dog from having access to the area, they will usually be given an Elizabethan collar. This is a cone which goes over their head and stops the dog from licking or biting their stitches. They will likely be given painkillers such as meloxicam or carprofen, but this will depend on the veterinarian.

Female dogs should recuperate in a quiet, warm and comfortable place for a few days. We will need to check the stitches regularly to ensure there are no signs of a problem. There may be an issue if you see:

Although our dog may usually spend time outside, the dog will need to be kept indoors for the recovery period.

If the dog has a large incision, it is possible bowel movements can cause severe discomfort, even with painkillers. For this reason, the veterinarian may propose offering a soft diet for dogs. We will need to monitor the dog closely and report any adverse reactions such as vomiting or diarrhea.

We will also need to be gentle and reassuring with the dog. The emotional response may mean the dog feels traumatized, especially if they underlying issues.

In the case of male dogs, the testicles are removed through an incision in front of the scrotum. Other vets choose to perform it on the scrotum, but this is not a popular technique. Since there is no need to access the abdominal cavity, male dogs generally recover faster. However, you will still need to ensure the dog is provided with a calm and comfortable environment. Physical activity should be reduced.

The dog will likely be given a post-surgical painkiller such as meloxicam for a few days. It is usually for a less time than for females. We will also need to monitor the incision site. Oral antibiotics are not usually given to male dogs, but it will depend on the individual circumstances. The stitches can be removed after 7 - 9 days. They may also be absorbed into the body on their own.

Similarly to females after neutering, male dogs will need to be monitored for any abnormal symptoms. General anaesthetic is used for both male and female dogs. This means immediately after the surgery, they will be sluggish and likely be perturbed by the experience. However, most dogs will be back to their usual selves after a short while.

It is recommended we monitor the appearance of bruises in the scrotum, as well as rashes or signs of irritation in the skin. The skin around the scrotum is the most sensitive part of the dog's body, so we need to be careful. Male dogs will also have to wear an Elizabethan collar to prevent them from licking and biting their stitches. Since the sensitive skin can become itchy. Also, as the wound heals, torsion of the skin around the incision can be frustrating.

If the male dog does have bruises or other abrasions on or around their scrotum, we can apply creams or ointments to help the skin heal. The ones we use need to be authorized by the veterinarian in case they have any ingredients which are toxic to the dog. Topical ointment used to treat hematoma can be used to disperse any clots. A scrotal hematoma is a possible side effect of castration, but the ointment containing the active ingredient pentosan can help.

How long does it take for dogs to recover from neutering

The first thing we need to ensure is that the dogs are kept separate from other dogs after the procedure. This is not just to protect their stitches. Male dogs will remain fertile for days after the surgery. Even after the procedure, it is possible the male dog would mount a female in heat. It is best to avoid any dog of the opposite sex for at least a week. It will take a few more weeks for hormones produced in the testes to leave the blood, so there still may be some behavioral issues.

Female dogs can still smell as if they are in heat, even after being spayed. Male dogs may try to harass or mount them, something which can be very dangerous after surgery. It is best to ensure a female dog waits 7-10 days before being around any male dogs.

Emotionally, a dog should take 2 to 3 days for them to return to their former selves. With the Elizabethan collar or cone around their neck, they may still be frustrated or out of sorts. Physically, there are some factors which affect recovery time:

How long does it take for neutering scars to heal

It will depend on the individual dog, but males will generally recover more quickly than females. However, in terms of wound healing, both male and female surgical incisions should heal in about 14 days or 2 weeks. We will need to monitor them daily. For female dogs, it will usually take 10 to 14 days before any external sutures will be removed by the veterinarian. Sutures which absorb into the body may take up to a month to do so.

Once the stitches are removed, we still need to be careful. Since the area is sensitive, we need to be careful of any possible bacterial infection. Keep the wound clean and avoid any dirty areas until it is completely healed. Call the veterinarian if you think it is time to remove the Elizabethan collar.

Since the dog has gone through an upheaval, it is very important we give them lots of love and support. Monitor them closely, but don't overcrowd them either.

If you want to read similar articles to What to Expect After Your Dog is Neutered, we recommend you visit our Prevention category.

Euthanasia in Dogs - What to Expect
What to Expect at a Kitten's First Vet Visit
What is the Difference Between Castrating and Sterilizing a Dog?
Neutering a Rabbit - Benefits and Aftercare Advice
Related categories
Eye problemsBreathing diseasesDe-wormingVaccinationNeurological diseasesHome Remedies
Most read
1.
My Dog Is Bleeding from His Penis
2.
My Dog's Poop Starts Solid Then Goes Soft
3.
My Dog Has Pus Coming From His Penis
4.
Can I Bathe My Dog After Vaccination?
5.
My Cat Has Liquid Coming From Their Anus
6.
My Dog Keeps Licking Her Private Area - All Possible Reasons
7.
Why Does my Dog Have Swollen Breasts?
8.
What to Do if My Dog has Something Stuck in his Throat?
When Can You Neuter a Cat?
How to Know if a Cat is Sterilized
Benefits of Neutering a Cat
Neutering a Cat- Price, Side Effects, Advantages, Procedure
How to Know if My Dog is Fat
What is the Normal Temperature for a Dog?
What Rabbit Diseases Are Spread to Humans?
10 Home Items that Can Kill your Cat

What to Expect After Your Dog is Neutered 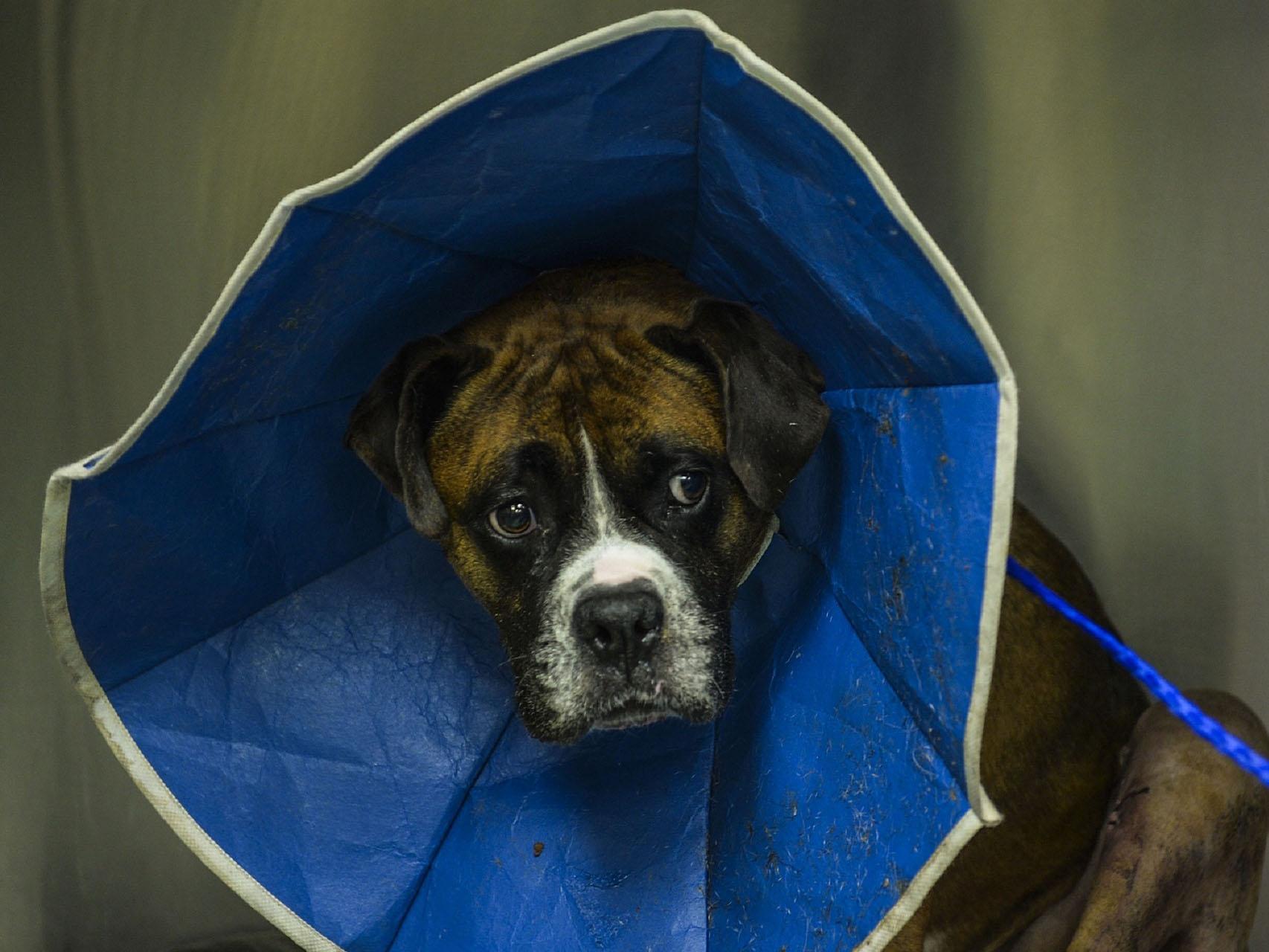 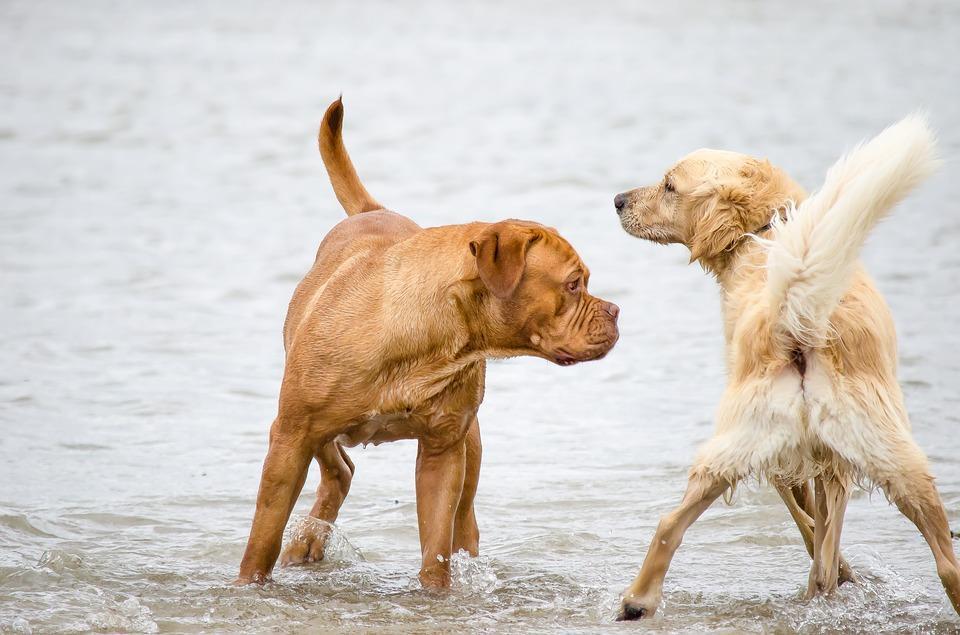 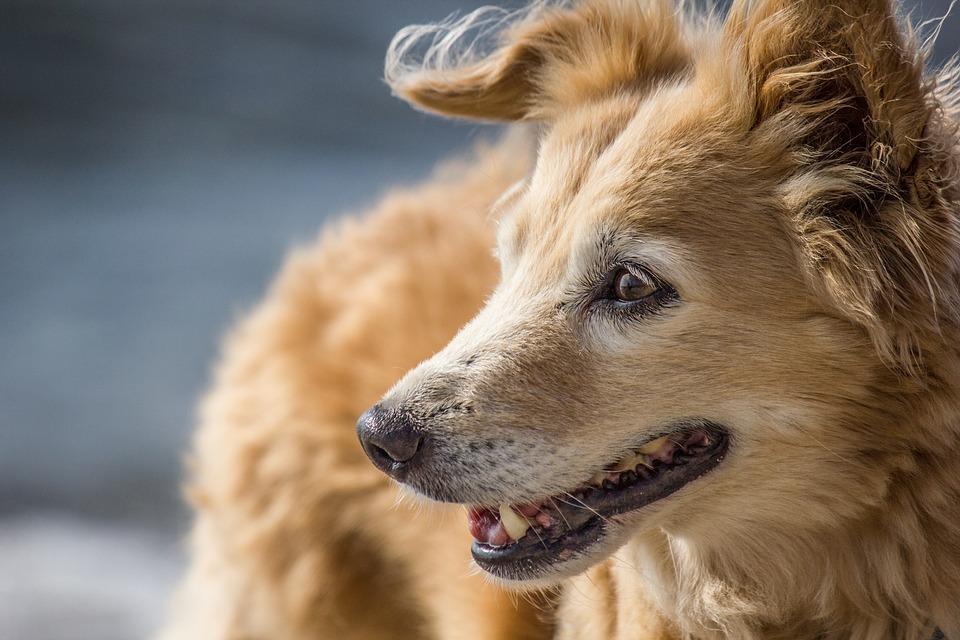