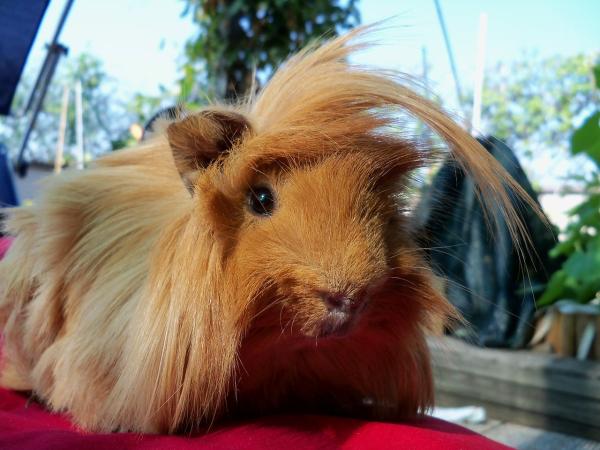 You may also be interested in: Fun Facts About Guinea Pigs
Contents

While the long fur of a Peruvian cavy (another word for guinea pig) is quite beautiful, it is not the only breed to sport it. Perhaps the two most commonly confused guinea pig breeds are the Peruvian guinea pig and the Silkie guinea pig. This is because they are both long haired guinea pigs which often look like each other, especially while they are young.

However, Peruvian guinea pigs have a couple of unique differences from the Silkie guinea pig:

When they are young, Peruvian cavies are often confused with Abyssinian guinea pigs. This is because they both have fur which grows long, but the Abyssinian soon grows into shorter tufts which have rosettes all over their body. This gives them a punk rock style of fur in comparison to the hair metal style of the Peruvian's long locks.

Apart from its long hair, the Peruvian cavy has a body similar to most other guinea pigs. Here are some facts about body size and characteristics:

Peruvian guinea pigs are prone to similar diseases as other guinea pigs such as scurvy, lice infestation and diarrhea. Scurvy is a particular concern as they can't synthesize vitamin C, meaning they need to get enough of it from their food. This is one of the reasons Peruvian guinea pigs need fresh fruit and vegetables, unable to survive on hay alone. The Peruvian guinea pig life span is around 6 to 8 years, depending on its habitat and genetic predisposition.

Most guinea pigs have shorter hair and will perform social grooming whereby they lick and clean each other. They actually secrete a milky fluid from their eyes which other guinea pigs lap up and use to clean another's fur.

Peruvian guinea pigs, however, cannot groom in the same way due to the sheer length of their fur. This means they cannot quite partake in the same style of social grooming. Instead, they often do something called 'barbering'. This is when the guinea pig chews the hair of other guinea pigs, often removing it at the same time.

Other types of guinea pig perform barbering for many reasons. Sometimes it is because they lack other items to chew and shorten their teeth. Males often do it as an act of dominance over other males. However, few of them do it for cosmetic effect, but some Peruvian guinea pigs have been known to barber or chew the hair at the front of another's head. This could possibly be a way they maintained vision in the wild.

This is one of the main reasons pet owners of Peruvian guinea pigs need to take grooming into consideration when deciding to live with these cavies. Peruvian cavies need to be groomed almost daily as their fur is so long, it can get matted and dirty easily. Similarly, their habitat needs to be considered as smaller hay and dusty bedding can get stuck in their long fur.

Peruvian guinea pigs need a little more attention than most other breeds of guinea pig, mainly due to their long hair. They need to be groomed every day and their bedding needs to be cleaned regularly, if not also daily. However, all this time you spend with your guinea pig will just bring you closer together. They will be very happy cavies if they get the attention they deserve.

If you want to read similar articles to Peruvian Guinea Pig Facts, we recommend you visit our Facts about the animal kingdom category.

Guinea Pig’s Vision - How Guinea Pigs See
Are Rabbits Rodents? - Similarities and Differences
Does My Guinea Pig Love Me?
Herbivorous Animals: Examples and Fun Facts
Related categories
Endangered animals
Most read
1.
What Animal am I According to my Zodiac Sign?
2.
Are There Venomous Spiders in the UK?
3.
What Does It Mean When a Cat Shows Up at My Door
4.
10 Most Beautiful Animals in the World
5.
The 10 Most Solitary Animals in the World
6.
Why do Dogs Get Stuck when Mating?
7.
How Many Types of Lions Are There?
8.
Most Common Cat Eye Color and Their Meaning
How Long Do Guinea Pigs Live For?
Fauna of the Peruvian Jungles
10 Fun Facts About Dolphins
How Intelligent Are Pigs?
What are the Most Popular Pets in India?
Border Collie Facts
Animals That Eat Insects - List and Fun Facts
Do Pigs Sweat?

1 comment
Felicia Stockert
14/01/2019
I would like to adopt or purchase a long haired Peruvian guinea pig, I live on Long Island NY. Can you help?
Thanks in advance for your time

We cannot give information on specific adoption centers, unfortunately. We have an international audience and there are just too many. Do some research by reading online reviews and asking around. Even speaking to your local vet or animal shelter is a good idea as they should have the animal's best interests at heart.
Peruvian Guinea Pig Facts 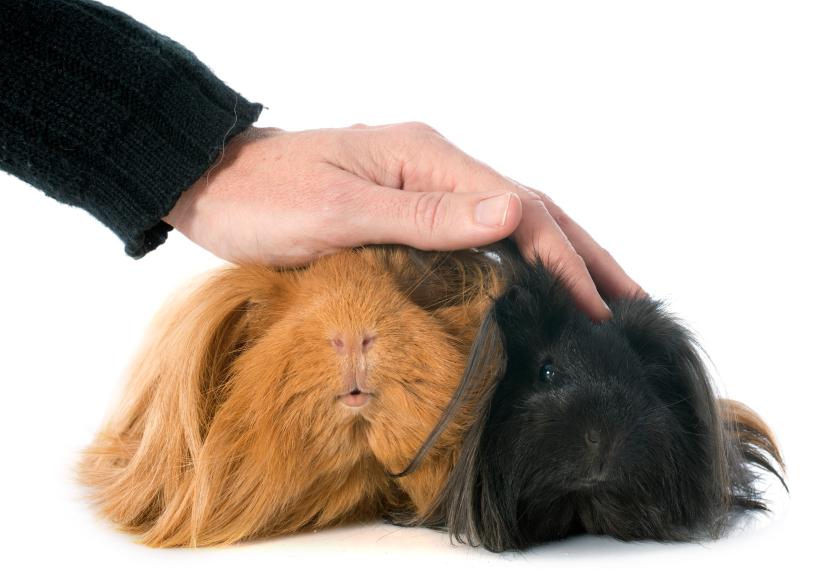 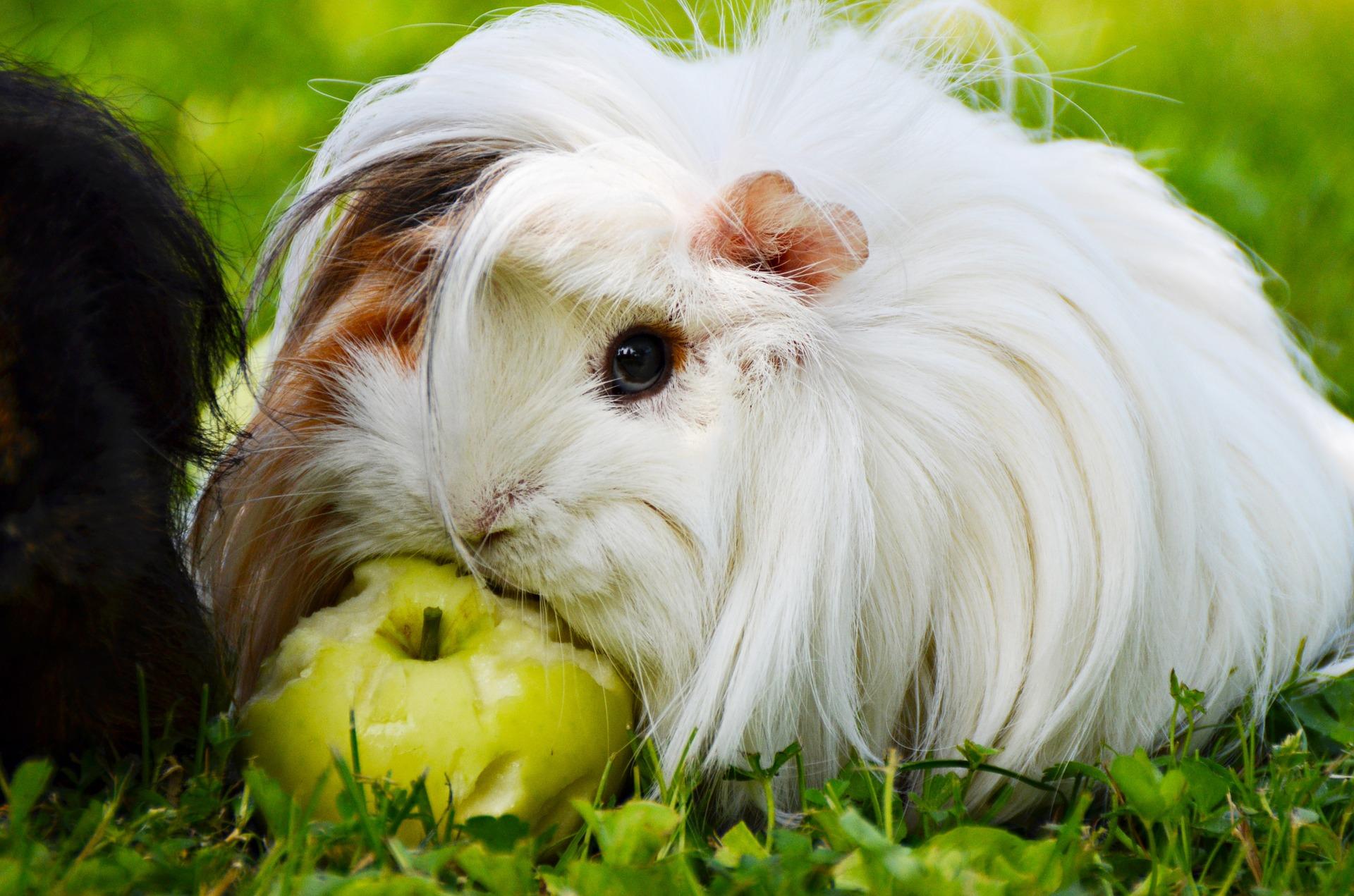 1 of 4
Peruvian Guinea Pig Facts
Back to top