Sight is not their most distinctive sense, but guinea pigs can recognize certain colors even better than dogs and cats. In addition, they have a wide field of vision (peripheral vision) because their eyes are arranged very laterally. In this way, they can detect the presence of predators. However, their three-dimensional vision is limited, so they tend to fall if they cannot estimate height differences.

In the following AnimalWised article, you'll learn how guinea pigs see, the characteristics of their eyes, and whether or not they see colors.

You may also be interested in: Peruvian Guinea Pig Facts
Contents

How are the eyes of guinea pigs?

The eyes of guinea pigs are not very different from those of other rodents. More precisely, they consist of three superimposed layers:

Normally, guinea pigs produce a milky, whitish ocular discharge that they use to clean themselves. Sometimes a small drop of this milky fluid can be seen in the tear area. However, this secretion often goes unnoticed by caregivers because guinea pigs tend to spread it quickly with their legs.

If you are interested in more facts about guinea pigs, do not miss this other article, where we will tell you the importance of vitamin C in guinea pigs.

How is the vision of guinea pigs?

You may know that the position of an animal's eyes is an indication of whether it is a predator or prey. Predators, such as dogs or cats, have their eyes in the front of their face, which limits their field of vision somewhat, but they have very good binocular vision. Therefore, predators generally have high visual acuity. Prey animals, on the other hand, have their eyes located more to the side, giving them a wider field of view and allowing them to cover a wider angle of control.

Guinea pigs, as prey animals, have lateral eyes that provide a 340º angle of vision. This means that they can cover almost the entire width of the field of view. They have only two blind spots: one in front, just in front of their nose, and one behind.

Due to the lateral arrangement of their eyes, they have poor visual acuity and their depth perception is much worse than that of predators. Their vision is limited to what is within a meter or meter and a half of them. They also cannot see what is below their nose. Because of these characteristics, guinea pigs cannot properly judge distances and heights. Therefore, it is not advisable to have guinea pigs live in high places or in an enclosure with many levels, as they can easily fall down.

Guinea pigs perceive about 33 frames per second, as opposed to the 22 frames per second that the human eye is capable of processing. This allows them to significantly shorten their reaction time to danger while preventing blurred vision when they turn their heads quickly.

Can guinea pigs see in the dark?

Whether guinea pigs can see in the dark or not is debatable. While it is true that some rodents can see relatively well at night, guinea pigs do not seem to belong to this group. In fact, they are not nocturnal animals, but crepuscular animals. That is, they are active mainly in the morning and afternoon, while the remaining hours of the day are usually devoted to rest.

In spite of the fact that they lack good night vision, they can still navigate effectively at night because of the following three features:

If you are interested in more facts about guinea pigs, do not miss this other article, where we will tell you how you can tell if a guinea pig is pregnant.

What colors do guinea pigs see?

So we can say that guinea pigs have color vision, even though their vision is slightly worse than ours. In their case, they perceive mainly blue, violet and slightly greenish tones. It should be noted, however, that guinea pigs, like horses and sheep, have better color vision than cats, dogs, and most other animals.

If you are interested in more facts about guinea pigs, do not miss this other article where we will tell you how long do guinea pigs live.

If you want to read similar articles to Guinea Pig’s Vision - How Guinea Pigs See, we recommend you visit our Facts about the animal kingdom category.

Fun Facts About Guinea Pigs
How Old Is My Guinea Pig?
Does My Guinea Pig Love Me?
How Long Do Guinea Pigs Live For?
Related categories
Endangered animals
Most read
1.
What Animal am I According to my Zodiac Sign?
2.
10 Most Beautiful Animals in the World
3.
What Does It Mean When a Cat Shows Up at My Door
4.
The 10 Most Solitary Animals in the World
5.
Top 10 Smells Dogs Hate
6.
How Many Types of Lions Are There?
7.
Why do Dogs Get Stuck when Mating?
8.
My Female Dog In Heat Won’t Accept A Male - Causes
Are Rabbits Rodents? - Similarities and Differences
How Intelligent Are Pigs?
Do Pigs Sweat?
Rabbit Vision vs. Human Vision
How do Porcupines Defend Themselves?
What Do Dogs See?
Can Dogs See in Color?
The 10 Largest Snakes In The World 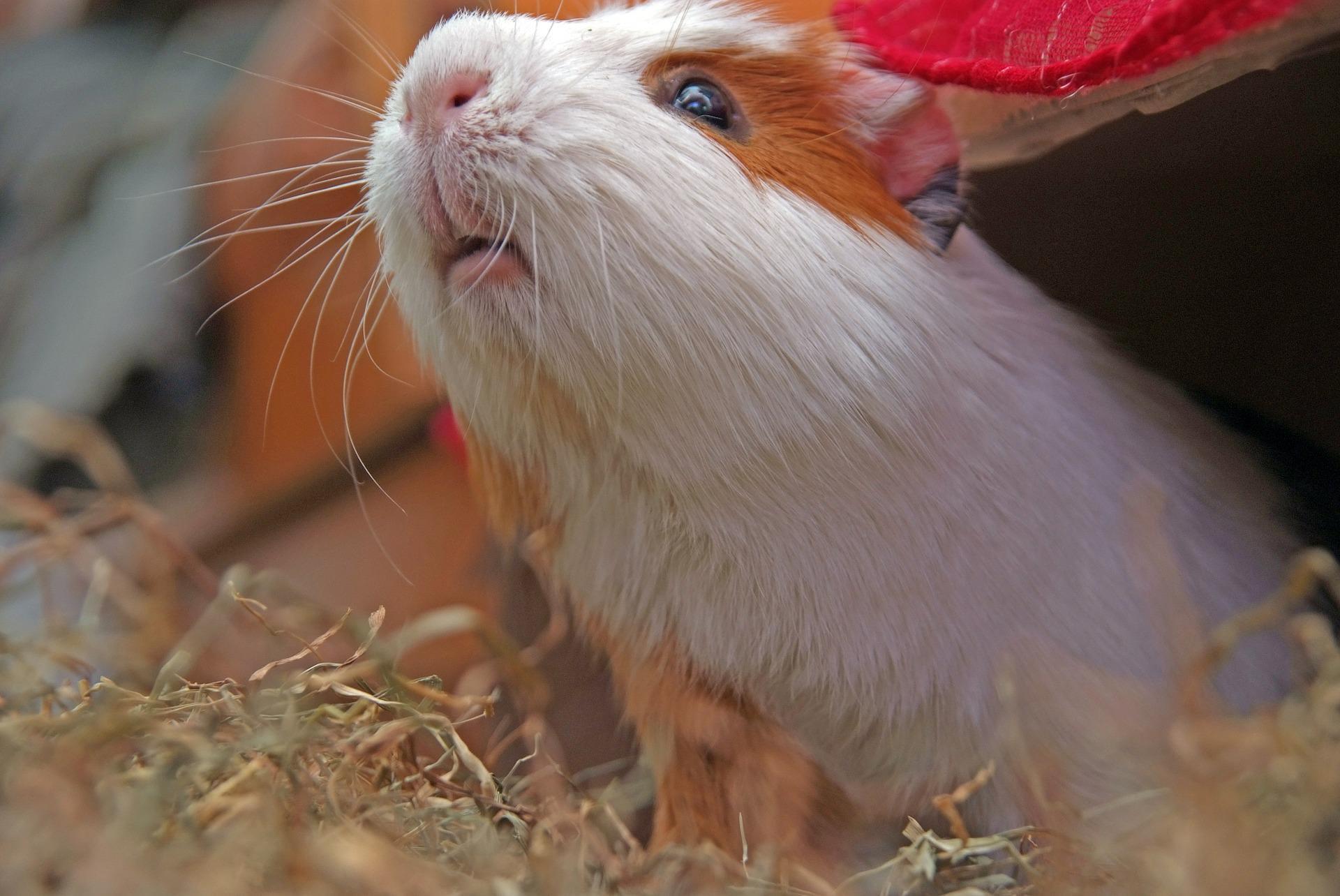 Guinea Pig’s Vision - How Guinea Pigs See
Back to top