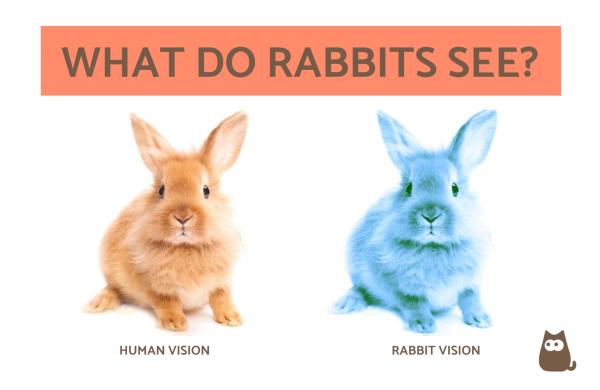 Rabbits are small mammals that are now a common domestic pet. We are oftentimes surprised and entertained by our pet's behaviour. We try to understand their behaviour and experience so as to provide them with a good quality of life.

A common question rabbit companions have is, what do rabbits see? What's the difference between human and rabbit vision? In this AnimalWised article we are going to explain a rabbit's vision and the differences with ours. We also provide photos so you can understand who your rabbit perceives you and their environment.

Do rabbits have good vision?

Although, in comparison to humans, rabbits don't have the best eyesight to look at things up close, they do have a great field of view that works best for their function in the wild. Prey animals don't need a binocular vision as much as they need a wide field of view. This is because they are usually attacked from all sorts of angles and need to be able to detect the danger quickly in order to escape and survive.

A rabbit's field of view

In difference to humans and other animals, rabbits have their eyes on the sides of their face, giving them lateral vision and a great field of view. Thanks to this lateral vision, rabbits have a nearly full 360º vision. Their great vision helps them stay alert and escape predators if needed.

Binocular vision is the vision in which both eyes are used at the same time. This helps the depth of field, allowing rabbits to see things in 3D. Rabbits of a narrow binocular vision, as you can see in the photo below.

The small price rabbits have to pay for this remarkable field of view is their small blind spots located right in front of their eyes and behind their ears. This is why if you're standing directly in front of them, they may not perceive you at first. Nevertheless, their great hearing skills make up for these blind spots and help them be very observant of their environment. We must also remember that domestic rabbits have gotten used to being in a safe home and so, will not be as alert as wild rabbits need to be in order to survive.

Yes, rabbits can see colors but they don't see the same colors as humans. Rabbits have dichromatic color vision, meaning that they have two types of functioning color receptors, called cone cells, in their eyes. While humans can observe a combination of red, blue and green, rabbits can only observe two colors: blue and green. Meaning that, rabbits are somewhat color blind by human standards.

So, why can't rabbits perceive other colors? Let's analyse their color vision:

In other words, rabbits do have cone photoreceptors – but only the green and blue cones (520nm and 425nm).This means that, compared to most humans, they are slightly colour-blind (protanopic or dichromatic). An interesting fact is that some humans actually have the same color-blindness that rabbits have. So, in conclusion, rabbits do see colours, but will find it difficult differentiating reds and greens, and also blues and greens.

Can rabbits see in the dark?

As we've previously mentioned, rabbits have about 2x rods as humans. This helps them see in the dark much better than we can. However, rabbits are not nocturnal animals. In fact, they see best at dawn or dusk as they are crepuscular animals. This is how the combination of the amount of rods they have, plus their blue and green cones, help them detect any nearby predators.

Rabbits are also known for being sensitive to direct sunlight because of their restricted contraction of their pupils. The human eye has an area called centralis that is slightly indented and although rabbits also have a centralis, it is not indented. This results in rabbits having a somewhat grainy vision in the light. In fact, rabbits are 8x more sensitive to direct light than humans.

Difference between human and rabbit vision

If you want to read similar articles to Rabbit Vision vs. Human Vision, we recommend you visit our Facts about the animal kingdom category.

Bibliography
Do Cats Recognize Humans by Sight?
Can Dogs See in Color?
10 Things about Rabbits You Did Not Know
Differences Between a Swan Vs Goose Vs Duck
Related categories
Endangered animals
Most read
1.
What Animal am I According to my Zodiac Sign?
2.
What Does It Mean When a Cat Shows Up at My Door
3.
The 10 Most Solitary Animals in the World
4.
Differences Between Crows, Ravens and Rooks
5.
How Many Types of Lions Are There?
6.
10 Smells that Attract Cats
7.
Animals With Scales - A Full List
8.
10 Most Beautiful Animals in the World
Butterfly vs. Moth - Differences Between Moths and Butterflies
Seal vs. Sea Lion vs. Walrus
Are Cats Nocturnal? Separating Fact from Myth
Reptiles Vs. Amphibians
What Do Dogs See?
Similarities Between Humans and Chimpanzees - Behavior and Biology
Ferret Fur Turning Yellow - Why Does this Happen?
What Colors Can Dogs See? 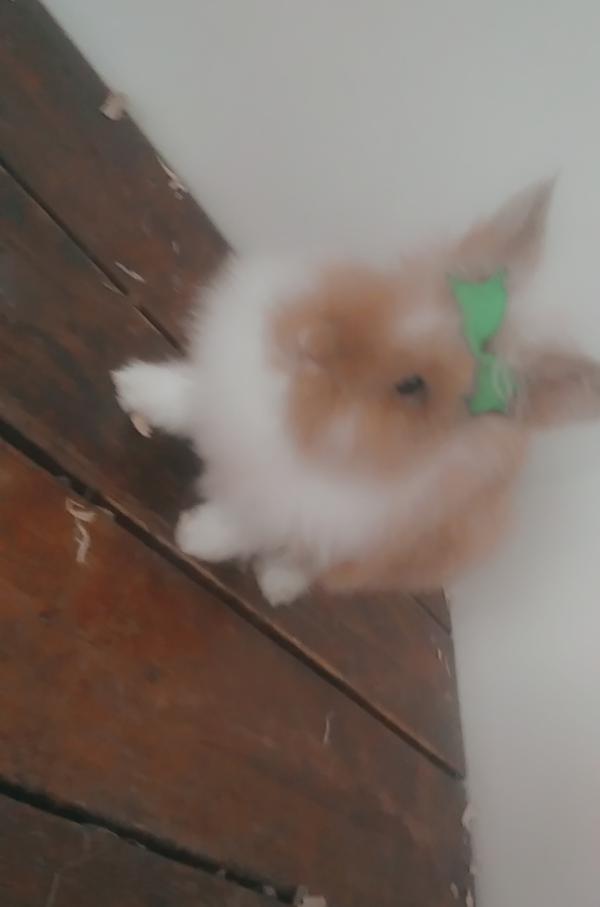 What color does a bunny see us as?
Rabbit Vision vs. Human Vision 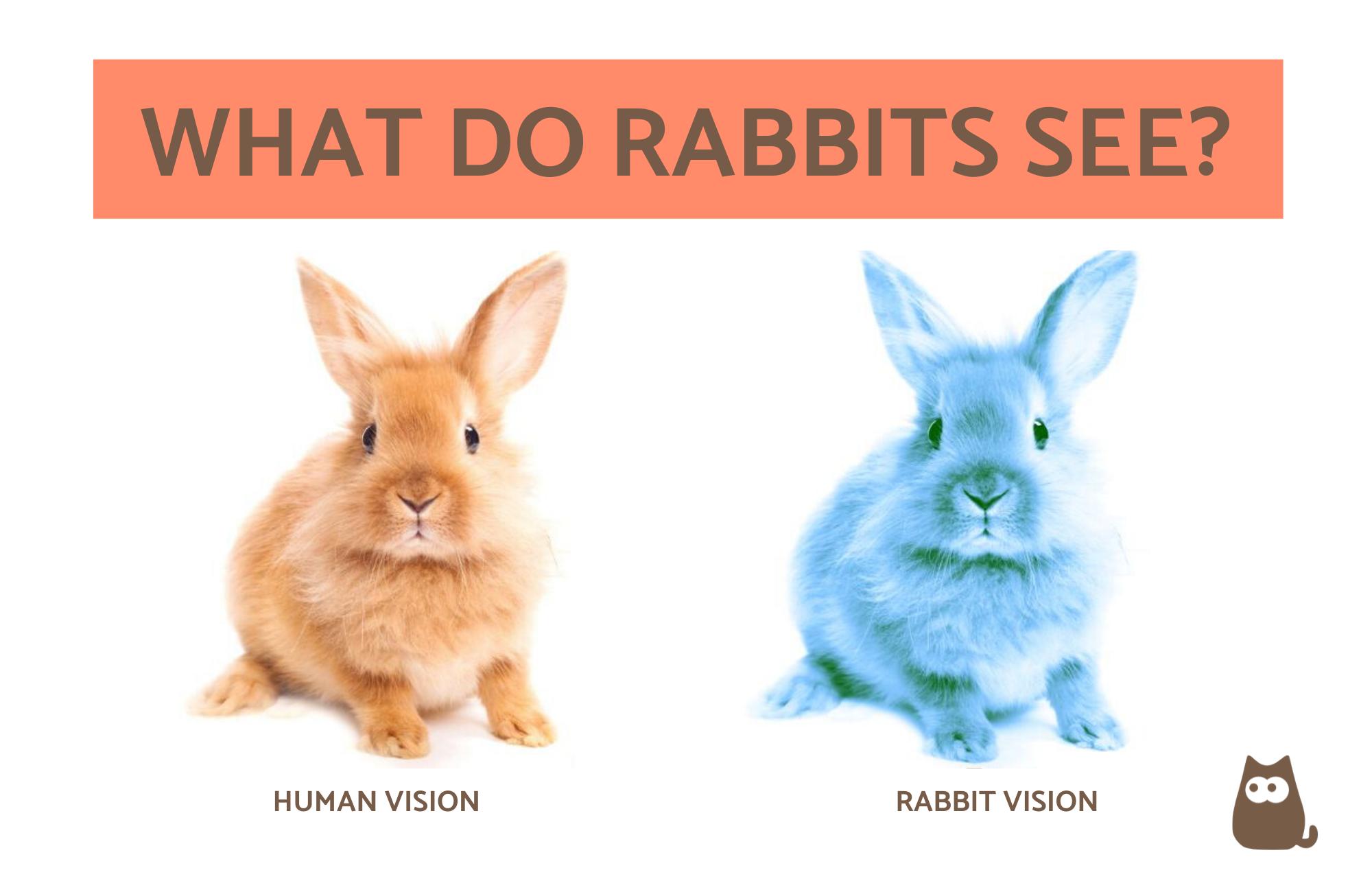 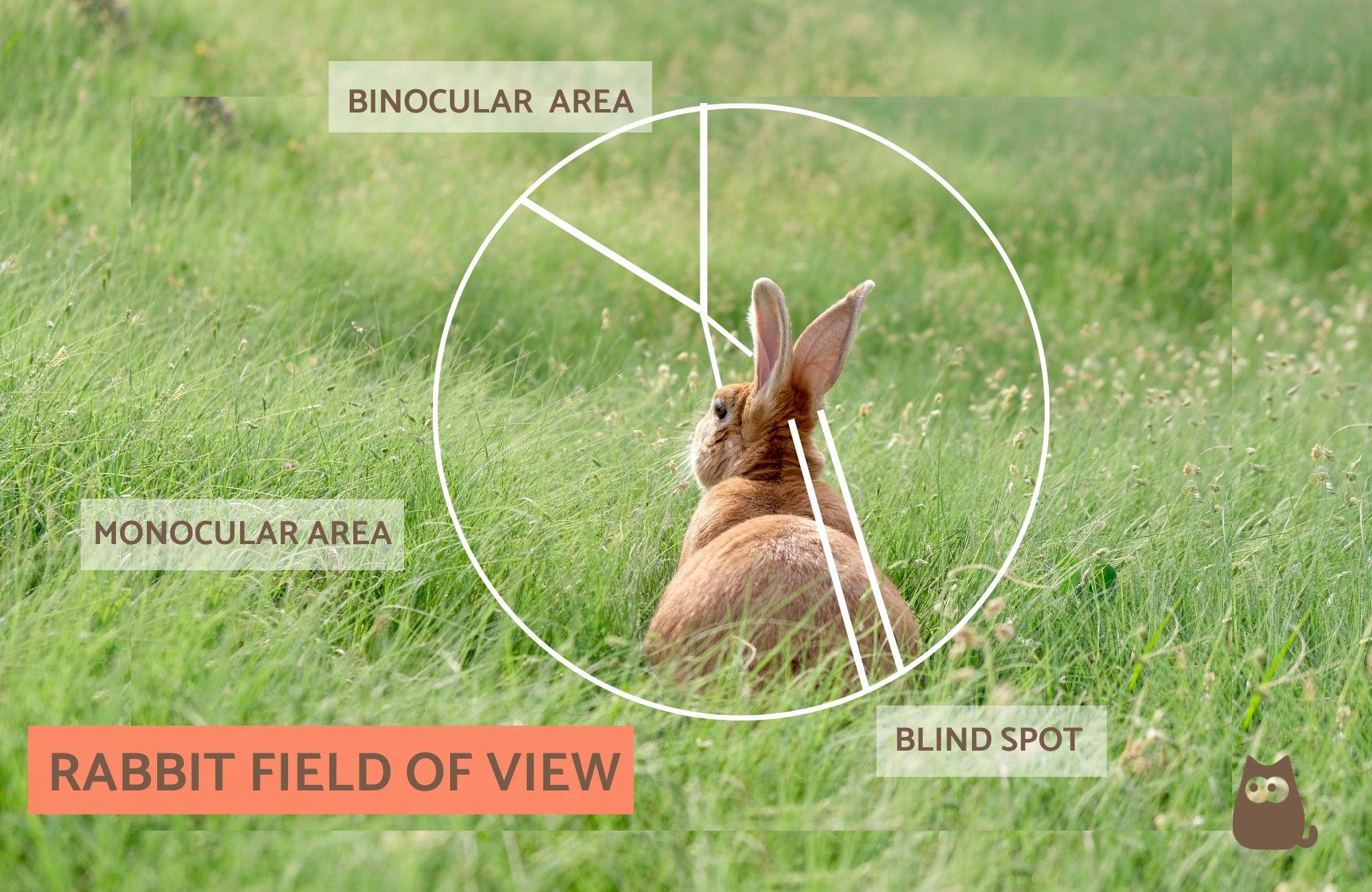 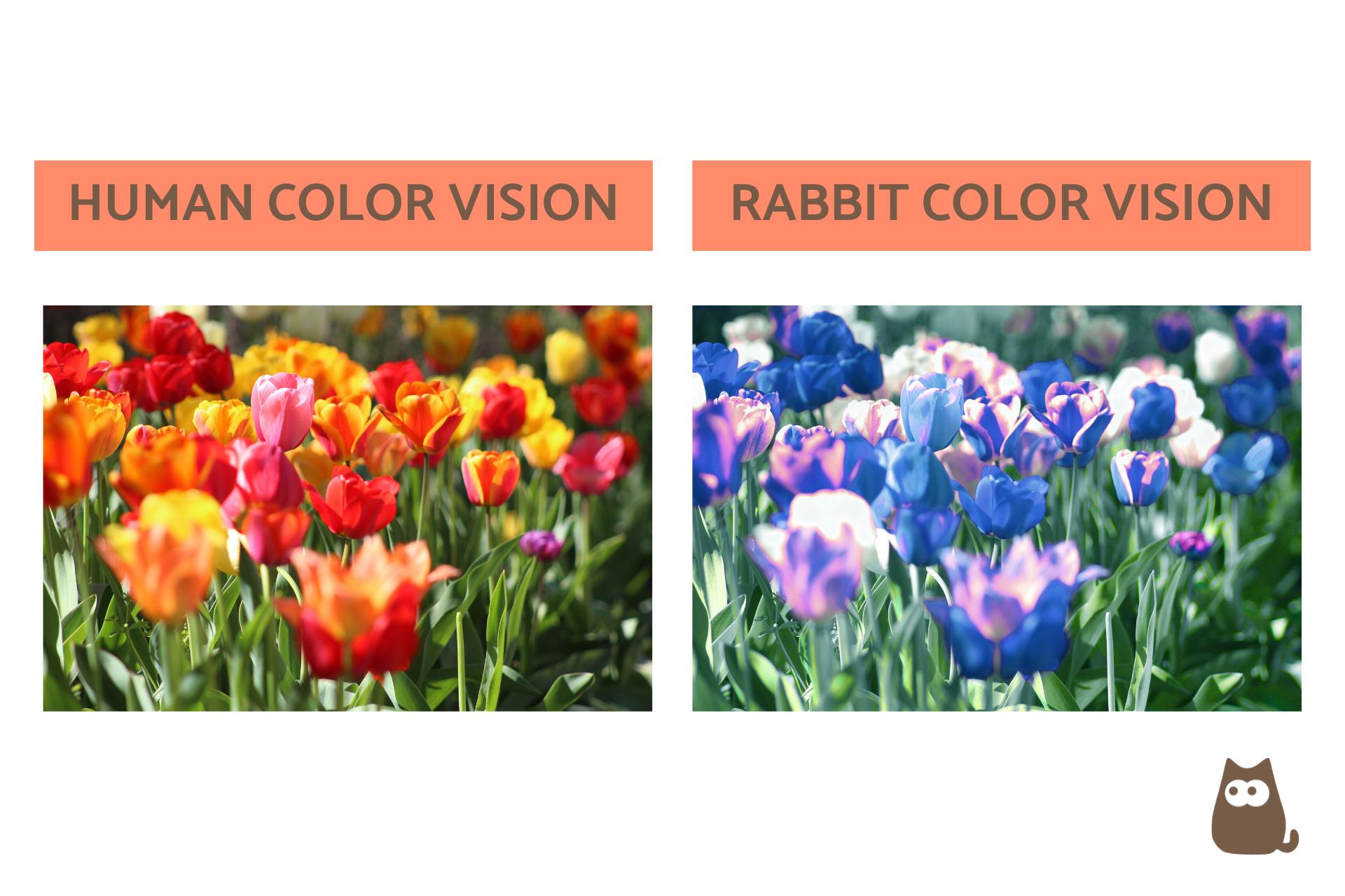 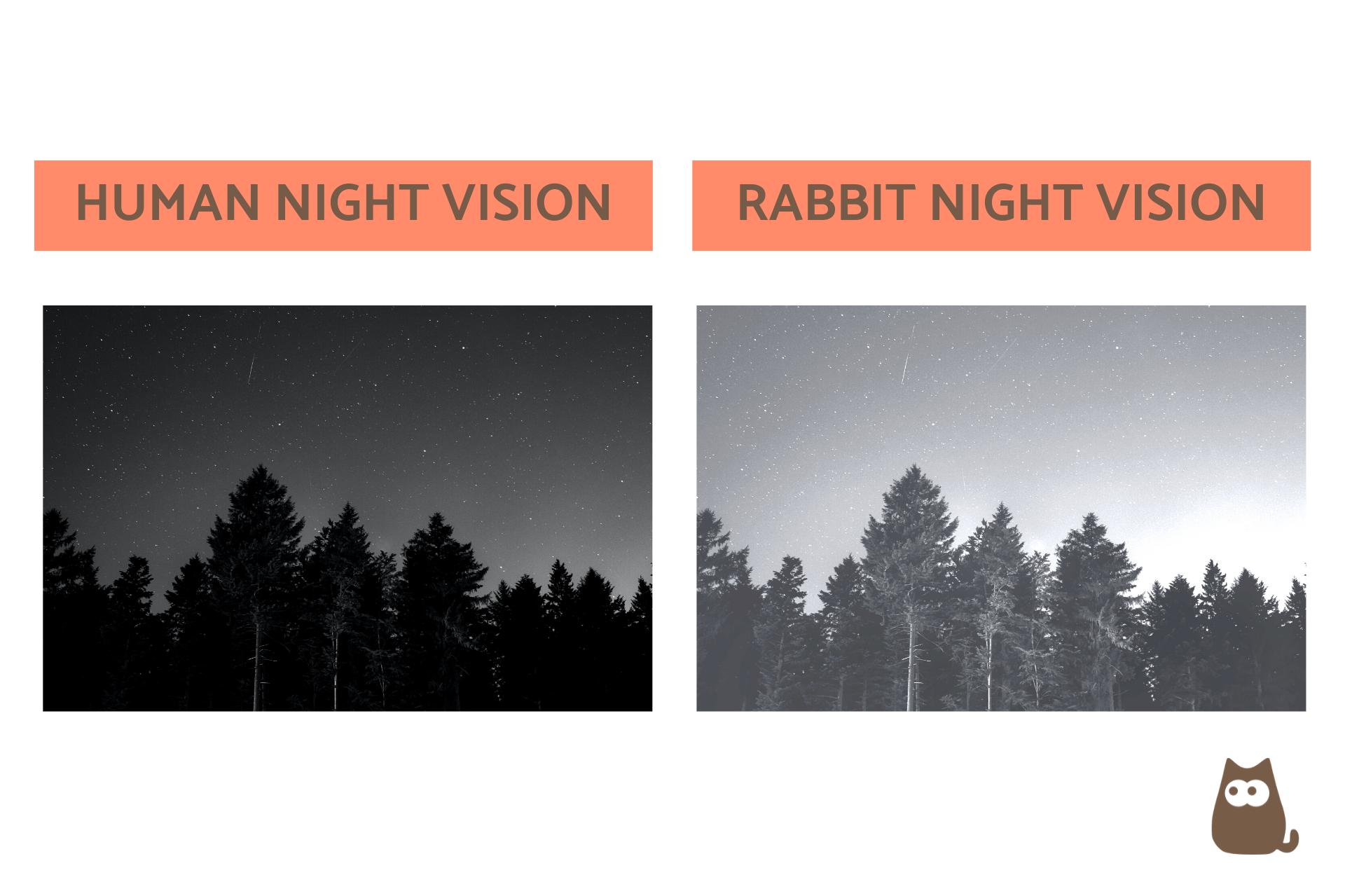 1 of 4
Rabbit Vision vs. Human Vision
Back to top