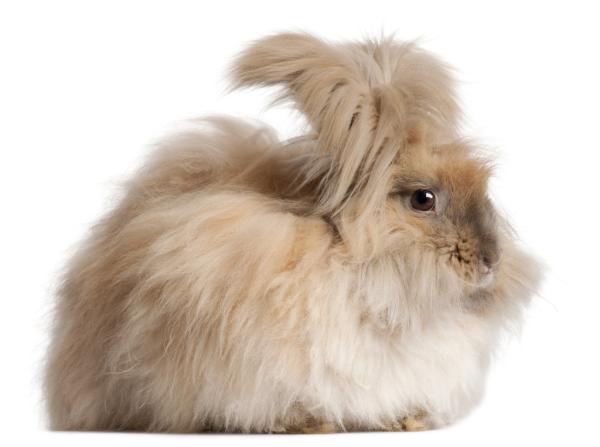 If you love rabbits, you have probably already heard of the Angora rabbit, one of the oldest domestic rabbit breeds with Turkish origins. They're known for their beautiful and voluminous white fur. However, did you know that there are four varieties of Angora rabbits and that each of them has their own characteristics?

In this AnimalWised breed sheet, you will discover the origin, characteristics, care and health of the Angora rabbit. Are you interested in adopting an Angora rabbit? then this breed sheet is perfect for you!

Origin of the Angora rabbit

The Angora rabbit is a breed that originated in Turkey, more specifically, in the Ankara region. These rabbits were developed and exploited mainly for their coat. With this, they would manufacture a valuable fiber known as Angora wool.

Years later, in the middle of the 18th century, Angora rabbits began to become popular as pets after being adopted as a pet by French royalty. Before the end of the same century, they had already spread throughout the European continent. These rabbits were adored as pets, thanks to their charming appearance and their calm and friendly character. During the 20th century, they began to be "exported" to the United States, where they also gained rapid popularity as domestic rabbits.

When introduced into different countries, "original" Angora rabbits selectively crossbred with other rabbits typical of each country or region. And it is in this way that the four varieties of the Angora rabbit currently recognized by the American Rabbit Breeding Association (ARBA) are emerging. They are as follows:

Physical characteristics of the Angora rabbit

The morphological characteristics of the Angora rabbit may slightly vary depending on the variety to which each individual belongs to. Logically, the most characteristic feature of this breed is its voluminous and abundant coat. To this day, their coat has a very high market value for the quality of wool it provides for making coats.

The most common fur color for Angora rabbits is white, however, it's also possible to find Angora rabbits with different shades, such as gray, cinnamon, cream or brown. For the Giant Angora rabbit, their coat must be completely white. Let's dive into other physical characteristics of each of the varieties.

The fur color that most identifies the Angora rabbit is white , but it is possible to find individuals with different shades, such as gray, cinnamon, cream or brown . The only exception is the giant variety, whose coat must be completely white. Next, we will review the most outstanding physical features of each Angora rabbit variety:

Character of the Angora rabbit

These rabbits are known for their beautiful appearance, but also docile and balanced character. During the day these rabbits are usually very peaceful. They are also very affectionate and loving with their owners.

They are also easy to socialize with other humans and pets. This is because they are naturally social animals and need to be accompanied. This is why it's best to adopt them in pairs so they can keep each other's company. They are also great for families with young children. This is important to keep in mind when adopting a rabbit, as they require lots of attention and care.

Caring for the Angora rabbit

When caring for an Angora rabbit, the first important factor is their coat care. Ideally, you will brush it two or three times a week. Remember to always use the correct brush so as to not harm your rabbit. A good tip is to brush them when they are calm and feeling affectionate. This way you don't scare them.

When it comes to entertaining them, your rabbit will need plenty of toys to stimulate their curiosity. Learn more in our article about the best rabbit toys. You can also train them to perform simple tricks. They will love training, through positive reinforcement, as it's also a mental stimulation. For example, you can potty train your rabbit, encourage them to come when you call them, stand on their hind legs for a treat or even hop through obstacles.

Next, we will discuss their diet. Rabbits will need high quality hay to munch on, as well as a grand variety of healthy and safe vegetables in their diet. We'll also leave fresh water at their disposal. Lastly, when it comes to treats, it's best to provide them with some fruit but avoid commercial treats as it can lead to obesity.

Lastly, hygiene is very important. Remember to bathe your rabbit and clean their cage. When it comes to their health, regular check-ups to the veterinarian and keeping up with their vaccination schedule is also a must.

Angora rabbits tend to adapt better to temperate climates and can suffer quite a lot from the heat. Therefore, we must pay special attention to their environment during the warmer days to avoid them getting a heat stroke. In addition, they will need at least one cool and well-ventilated room.

The opposite can also be harmful. Rabbits are also sensitive to low temperatures and can suffer burns, colds and even hypothermia. With all of this being said, it's important to make sure that you can provide you rabbit with the correct temperature in their environment.

In addition, Angora rabbits can develop certain health issues common in all rabbits, such as:

To avoid your rabbits from getting any serious health issues, make sure to provide them with a healthy and balanced lifestyle, as well as take them to the veterinarian for regular check-ups. You will also need to keep up with their vaccination schedule.

Harlequin Rabbit
Blanc de Hotot Rabbit
Netherlands Dwarf Rabbit
Flemish Giant rabbit
Related articles
New
How to Discipline Your Rabbit With Positive Reinforcement
Selamectin for Rabbits - Uses, Dosage and Side Effects
Why Does My Rabbit Run In Circles? Possible Causes and Solutions
Does Your Rabbit Have Memory?
My Rabbit Won't Urinate Anymore
How to Keep Rabbits Cool in the Summer
My Rabbit Is Breathing But Not Moving
The Best Treats and Snacks for Rabbits

Upload a picture of your Angora rabbit 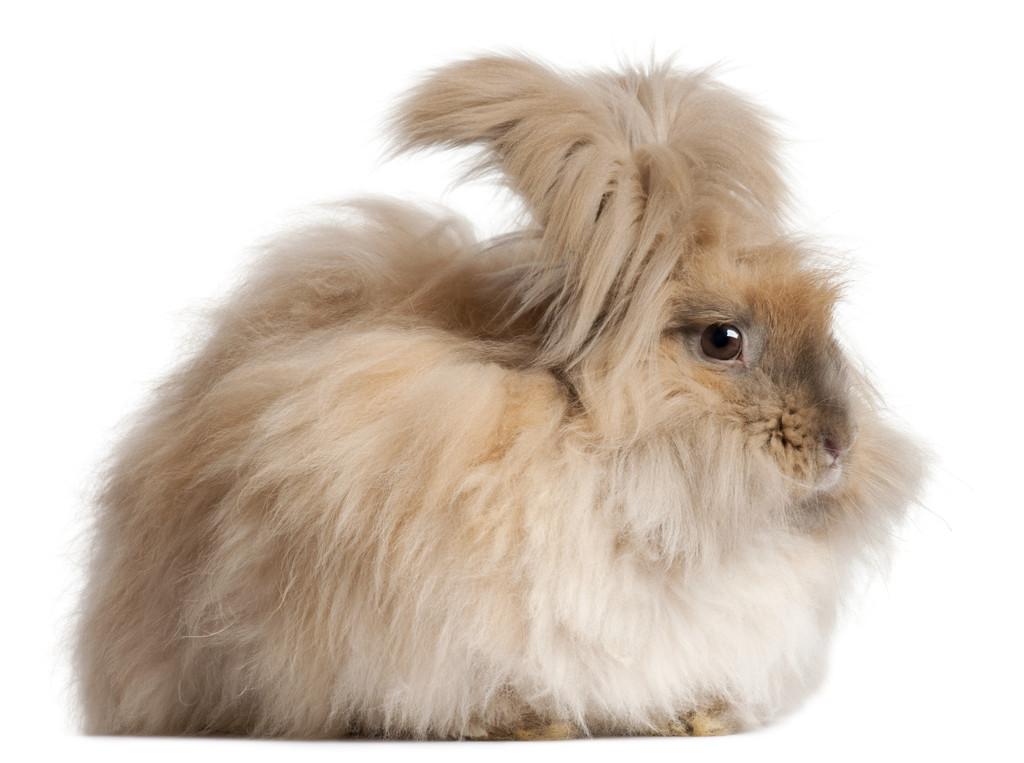 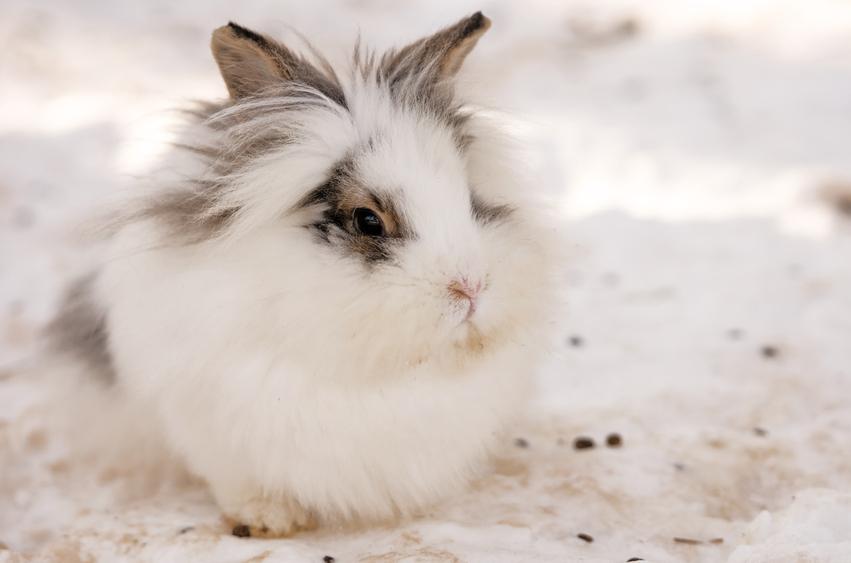 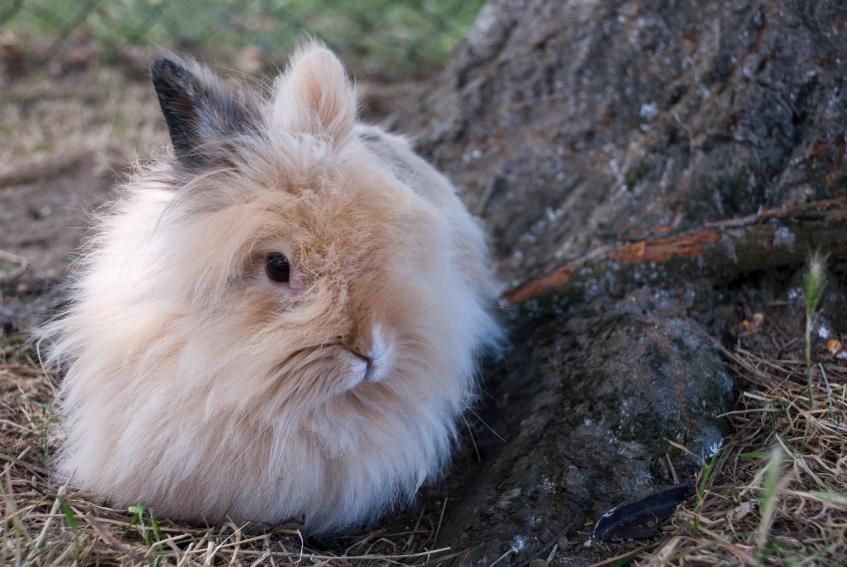 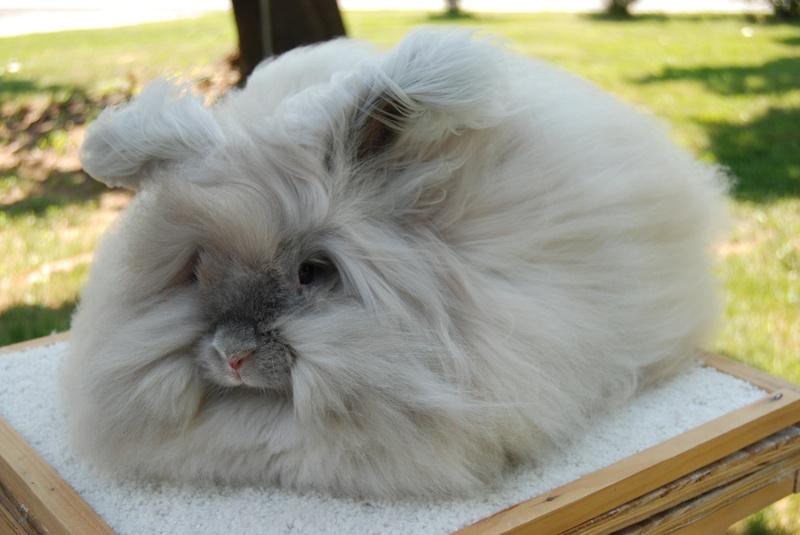 1 of 4
Angora rabbit
Back to top