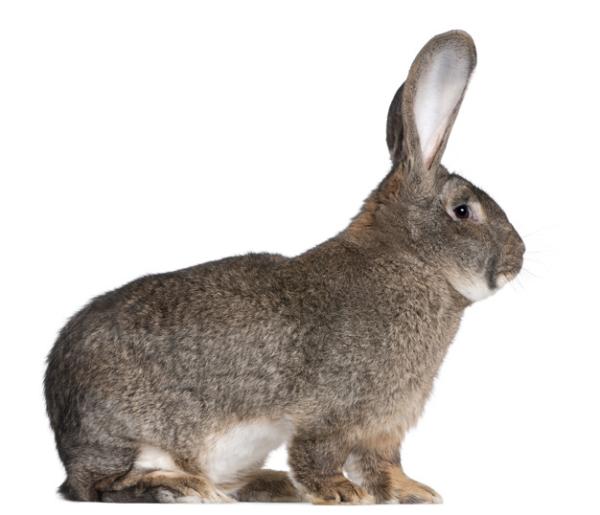 If you're thinking about adopting a Flemish Giant rabbit as a pet, continue reading this AnimalWised breed sheet. We'll go through their origin, characteristics, character, care and more!

The Flemish rabbit originated in Flanders, nowadays Belgium. It was bred as early as the 16th century near the city of Ghent, Belgium The Flemish Giant is the ancestor of many newer rabbit breeds, such as the Belgian Hare.

The first standards for the breed were written in 1893. The Flemish Giant was exported from England and Belgium to America in the early 1890s for the meat industry.

weigh 6.8 kilograms (15 lb) on average, though the biggest ones can weigh up to 10 kilograms (22 lb). The longest Flemish Giant on record, currently holding the record for the longest rabbit in the world of any kind, measured at about 1.3 metres (4 ft 3 in) long.

known to be glossy and dense.

These rabbits are known for their calm and docile nature. They allow themselves to be handled by humans and get along well with other animals too. Thanks to their patience and large size, these rabbits are also great with children, making them a great domestic rabbit for a family too.

However, as with other rabbits, Flemish Giants can be fearful or aggressive when frightened. To avoid this, they need to be well socialized as bunnies and well cared for. Understanding the noises your rabbit makes and their other behaviour, will help you know when to leave them alone and when they want to be handled.

As with all rabbits, Flemish Giant rabbits will need a healthy and balanced diet to maintain a healthy life. They will merely need more food than other rabbits due to their large size. The base of this diet is high quality hay and also a wide variety of vegetables. As a treat you can give them a small piece of fruit, but stay away from commercial treats as they often lead to obesity and other health issues.

Rabbits are usually happier when they are accompanied by another rabbit. This is why it's recommended to adopt them in pairs. Make sure their cage or cages are big enough for them and that they are clean. Another important factor is play. Flemish Giant rabbits are very playful and will need plenty of rabbit toys and time to play with their rabbit companion and caregiver. You must also remember to allow them enough time outside of their cage. This way, you can reinforce physical activities, as well as avoid certain health issues, such as anxiety or aggression.

When it comes to their hygiene, you will need to brush their coat once per week and a bath whenever they truly need them. Other times, you can simply use a damp cloth and gently stroke them with it to clean any dirt they may have.

Lastly, you must remember to take them to the veterinarian for regular check-ups so as to detect any possible health issues early on.

Flemish Giant rabbits aren't prone to many illnesses. However, due to their large size, if we're not careful with their diet and exercise, they may become overweight. Obesity in rabbits will make them vulnerable to more serious health issues. Thankfully, this can be easily avoided by making sure they are at a healthy weight and have plenty of time outdoors in the garden to play.

Other health issues these rabbits can suffer are:

Like other rabbits, Flemish Giant rabbits are sensitive to low temperatures and high humidity. Make sure their home is well-ventilated and the correct temperature. As we've mentioned before, it's important to take your rabbit to the veterinarian for regular check-ups so as to detect any illnesses early-on. You will also need to keep up with their vaccination and deworming schedule.

1 of 3
Videos related to Flemish Giant rabbit
Alaska Rabbit
New Zealand Rabbit
Netherlands Dwarf Rabbit
Belgian Hare
Related articles
New
Rabbit Neutering - Benefits, Price and Care
Common Diseases of Rabbit Ears - Symptoms, Causes and Treatment
Should I Cover My Rabbit Cage at Night?
Rabbit Cataract Causes, Symptoms and Treatment
Ivermectin for Rabbits - Dosage, Use and Contraindications
Common Eye Problems in Rabbits
How to Know How Old a Rabbit Is
Is It Safe to Give Watermelon to Rabbits?

Upload a picture of your Flemish Giant rabbit

Hopefully this article will help: 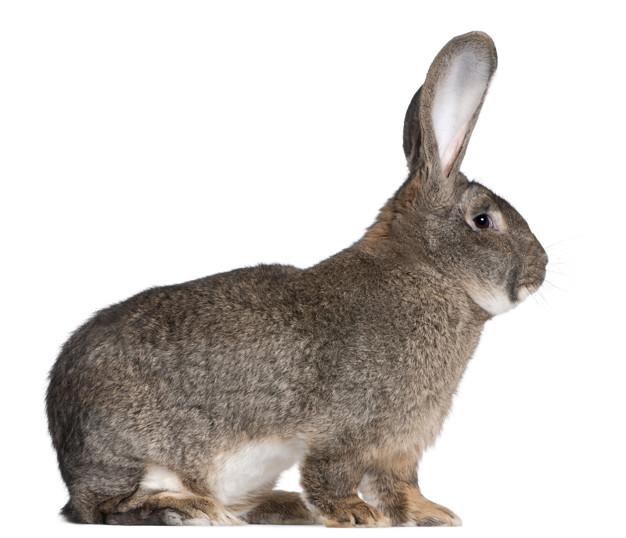 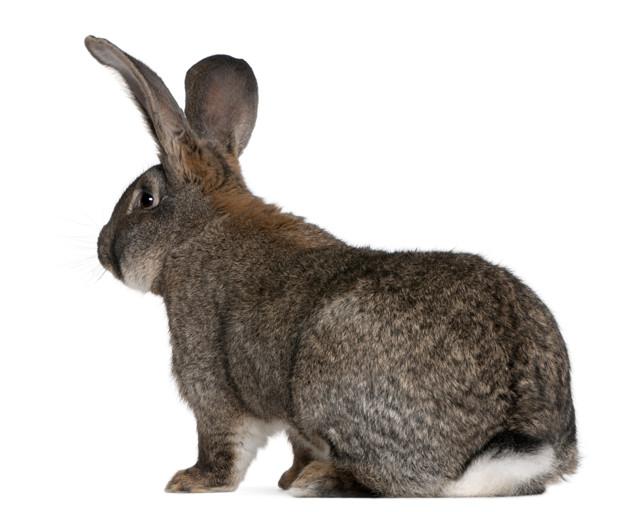 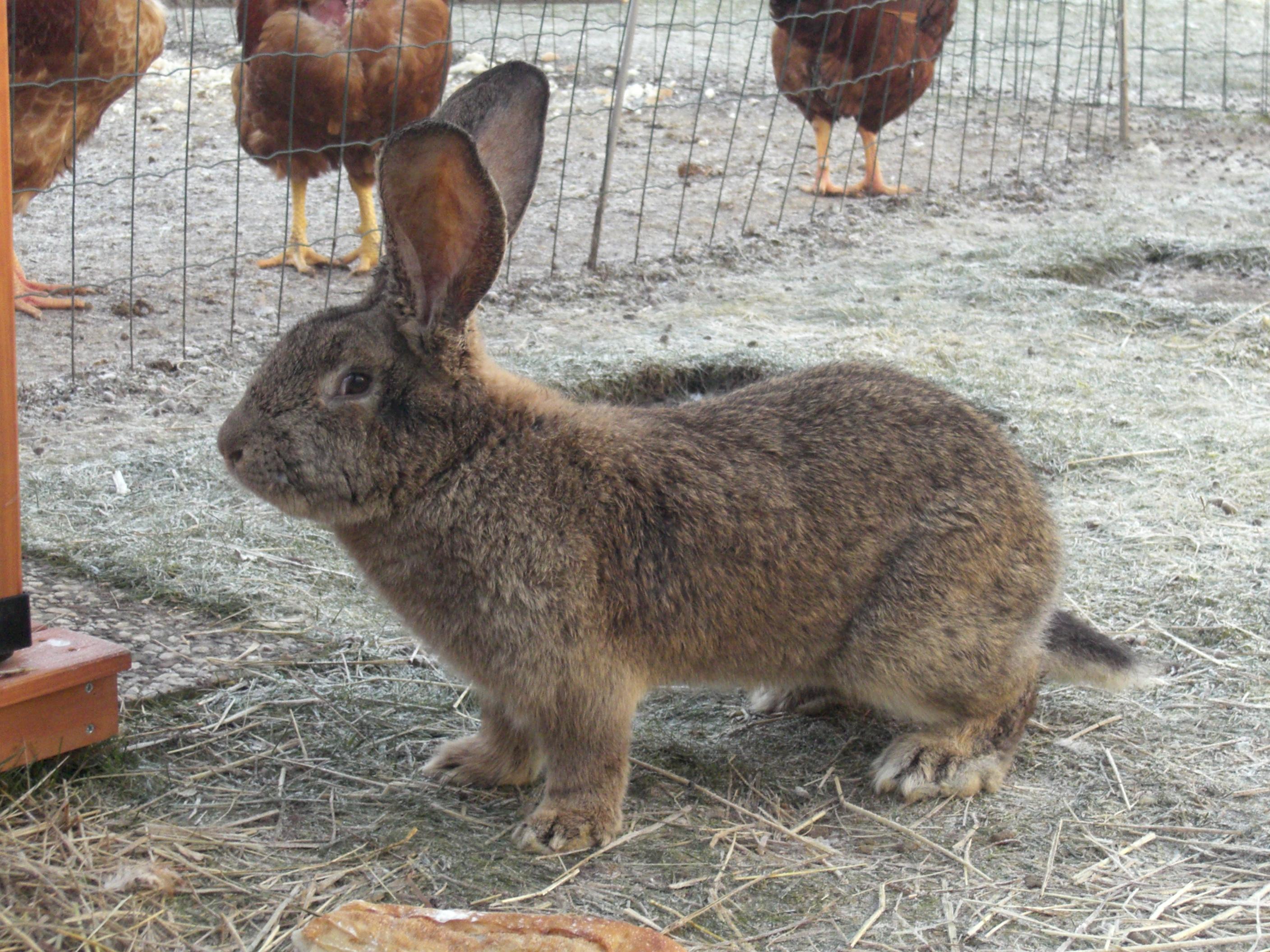 1 of 3
Flemish Giant rabbit
Back to top