Since breeds of domestic dog are always evolving, they can be difficult to categorize. This is why some types of dog breed are grouped together in sub-categories. Such is the case with Setter dog breeds, a sub-category of gundog. There are four types of dog recognized as Setters: English Setter, Gordon Setter, Irish Setter and Irish Red and White Setter. In our AnimalWised article, we bring you information on these different Setter dog breed types and provide photos so you can recognize one when you see them.

You may also be interested in: Types of Spaniel Dogs: Spaniel Breeds Around the World
Contents

As Setters are types of gundog, they are known for their hunting skills. More specifically, they are pointing dogs. We recognize pointing dogs by the characteristic stance they make when they spot potential prey. This alerts their human counterparts in search of game.

Setters are generally considered very intelligent and noble dogs, but they also have an affectionate nature. This makes them both ideal as a working dog or companion animal. However, they are also known to be somewhat stubborn in temperament, so they will need to be well educated to ensure proper conduct.

Physically, Setters are elegant dogs with an athletic body shape. They carry their heads high when moving and are able to use their hind limbs for quick propulsion. Their size is fairly consistent even between the different breeds. Males have a height at the withers of about 52-68 cm and females measure around 57-65 cm. Their weight ranges from around 20-32 kg (44-70 lbs).

Some other characteristics consistent in all Setter breed types are dar colored eyes, low-set ears which fall on both sides of the head and a long muscular neck. They also have a chest which is narrow, but deep, and ribs which can usually be seen through their skin. Setters tend to have long fur on the ears, belly, back of legs and tail. Their hair can be either straight or wavy, depending on the breed. The coat color will vary according to the type of Setter.

This Setter breed is native to Great Britain and dates back to the 15th Century. It is the most common Setter type dog breed.

This dog has a very friendly and affable character. They are a very active breed with a keen hunting sense. In terms of size, males measure between 65-68 cm at the withers and females measure 61-65 cm. Their elegance can be seen in their movement as much as their sleek body shape. Speed, strength and endurance are also notable physical traits.

The coat of English Setters often has a speckled coat which is known as ‘belton’ in this breed. The most common English Setter coat colors are:

If you want to know more about the differences between certain dog breeds, check out our related article on the different Collie dog breeds and types.

Staying in Great Britain, but moving further north, the Gordon Setter originates in 17th Century Scotland. Conversely, they are the least common Setter dog breed type, but they are also noted for their intelligence and nobility. Their character is affable and stable, but they stand out for their excellent swimming ability.

Gordon Setters are smaller than most other Setter breeds. Males measure up to 66 cm at the withers and females measure about 62 cm. Males average 29.5 kg (65 lbs) in weight and females weigh around 25.5 kg (56 lbs). As with English Setters, the Gordon Setter has a graceful appearance and are built for speed.

As the name suggests, the Red and White Irish Setter originates in Ireland, also during the 17th Century. Today it is much less common than the Irish Red Setter. They are dogs with a cunning and intelligent character, in which determination and courage prevail. They are characterized by being especially friendly and easy to train as hunting dogs.

The size is slightly smaller than that of the English Setter. Males have a height at the withers of 62-66 cm and females of 57-61 cm. Its general appearance is strong, well balanced and proportionate, being more athletic than light. When trotting, they have a lively and graceful movement.

For more information on another type of dog breed, take a look at our article on types of Doberman Pinscher.

The last of the setter dog breeds we describe here originated in Ireland in the 18th century. The reason we put the Red and White Irish Setter first, is because the Irish Red Setter (commonly known simply as the Red Setter) descends from the Red and White Irish Setter. This was carried out by a process of selected breeding which erased the white hairs of the coat. Today the Irish Red Setter predominates as a breed.

Over the years the Red Setter has evolved into a dog with great vigor and capacity for work. It is characterized by being a cunning, intelligent, energetic, affectionate and loyal breed. Their movement is fluid and energetic.

The size range is more variable than in the Red and White Irish Setter. Males have a height at the withers of between 58-67 cm and females between 55-62 cm. Like its red and white ancestor, it has a balanced and well-proportioned appearance.

As you have seen, although they retain similar characteristics, there are also differences between the types of Setter that help us to identify their breed. However, it is important to note that mongrel dogs of these breeds are also excellent companions that will present many similarities with the official standard. This is especially in terms of character, so we encourage you to adopt a Setter dog regardless of whether it is purebred.

If you want to read similar articles to Setter Dog Breed Types, we recommend you visit our Comparisons category. 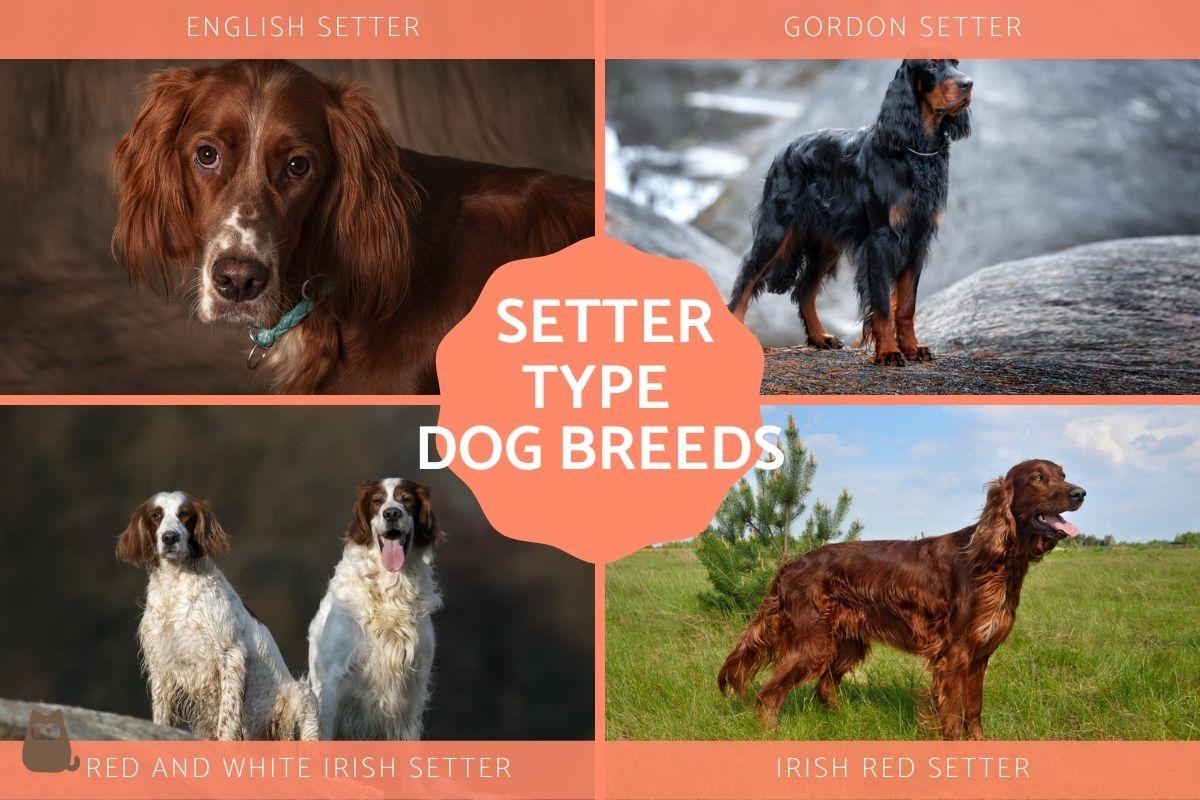 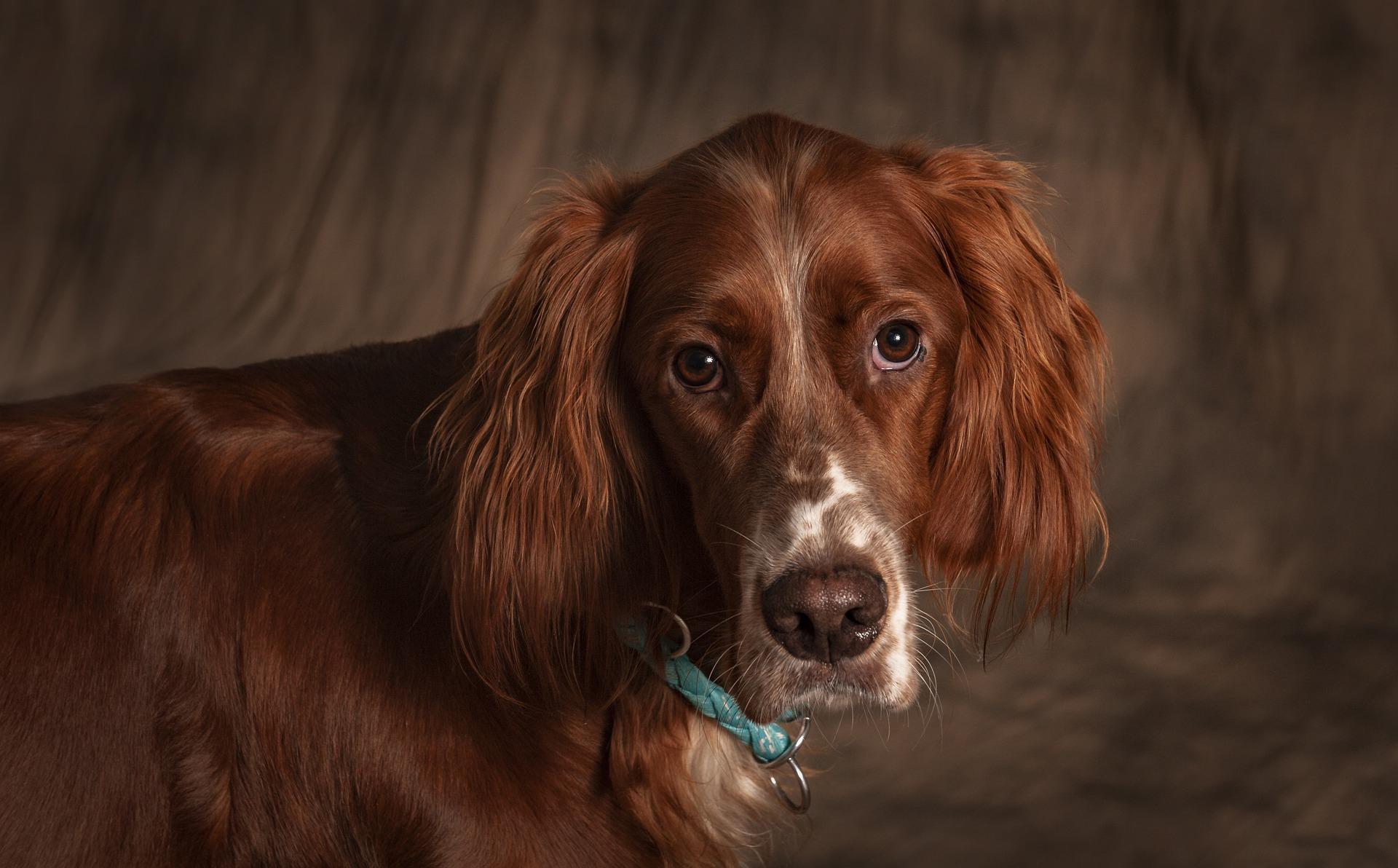 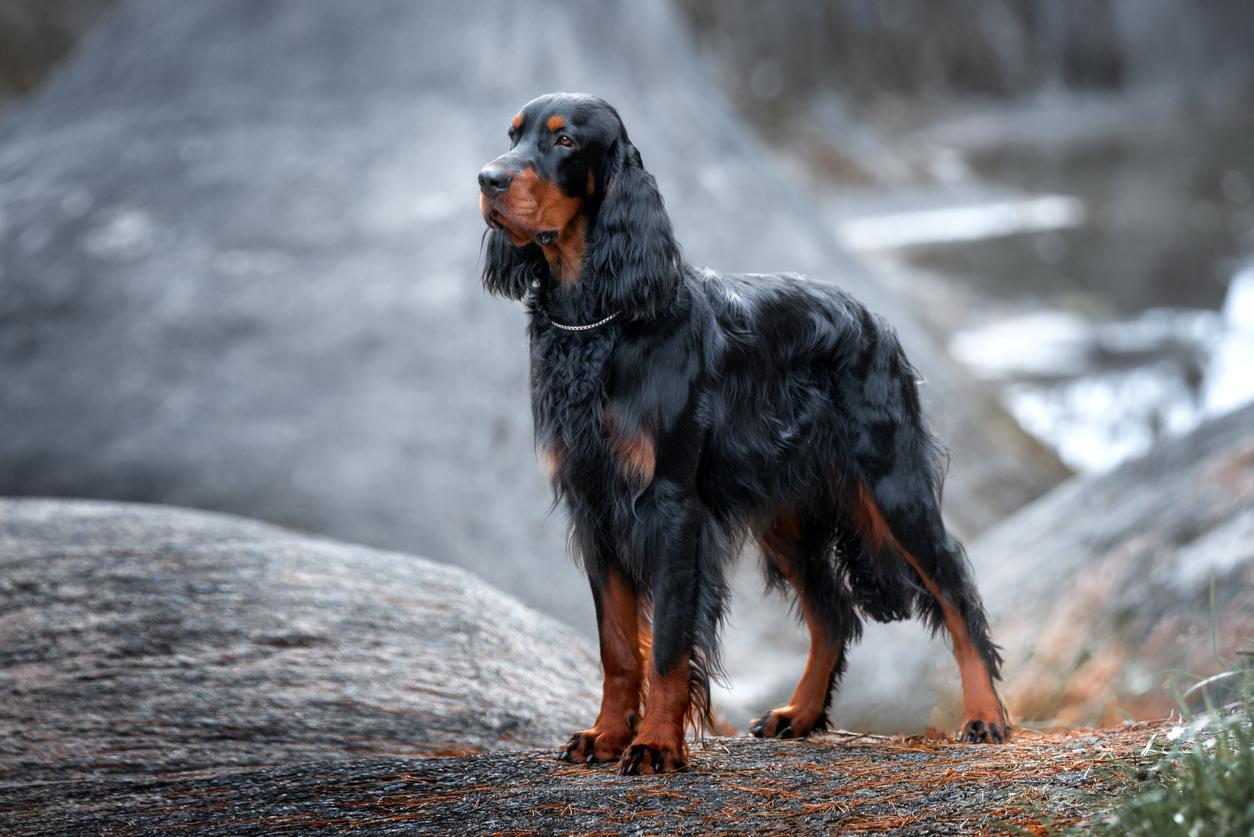 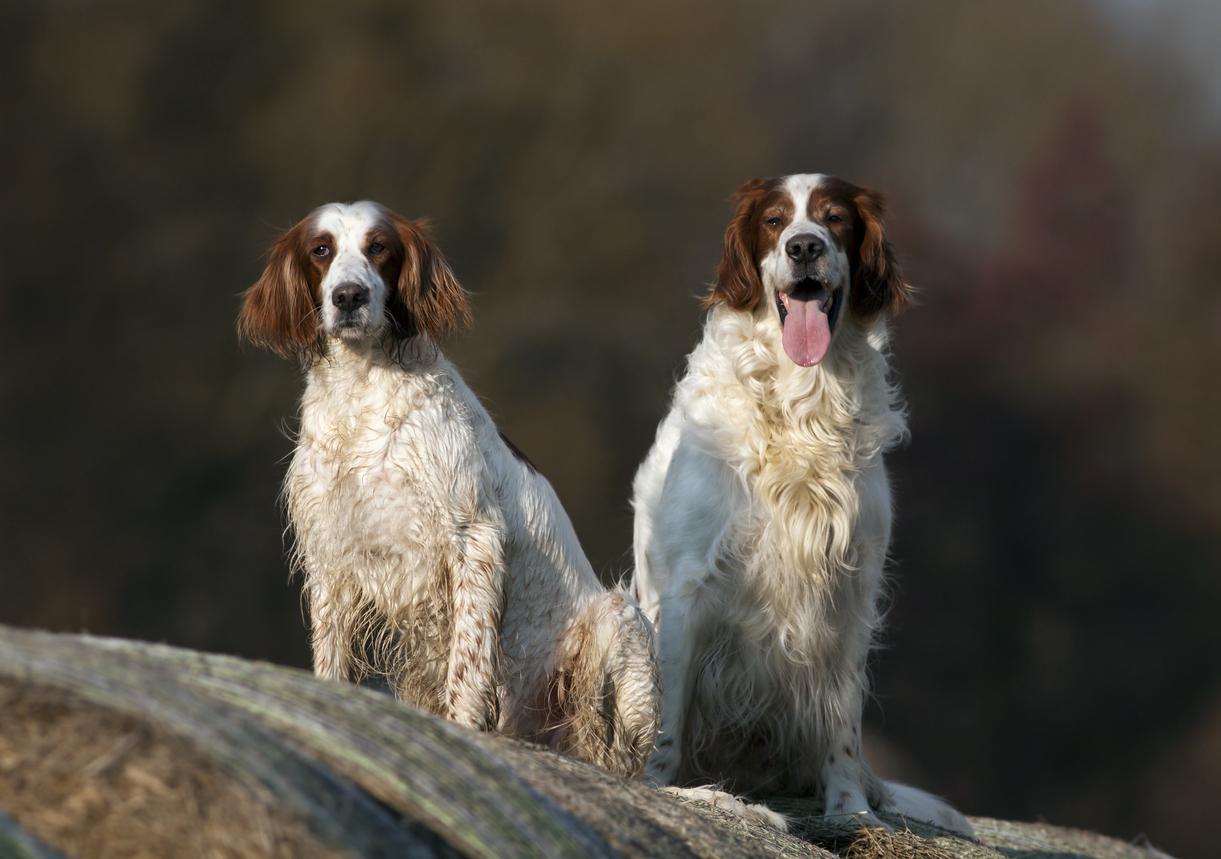 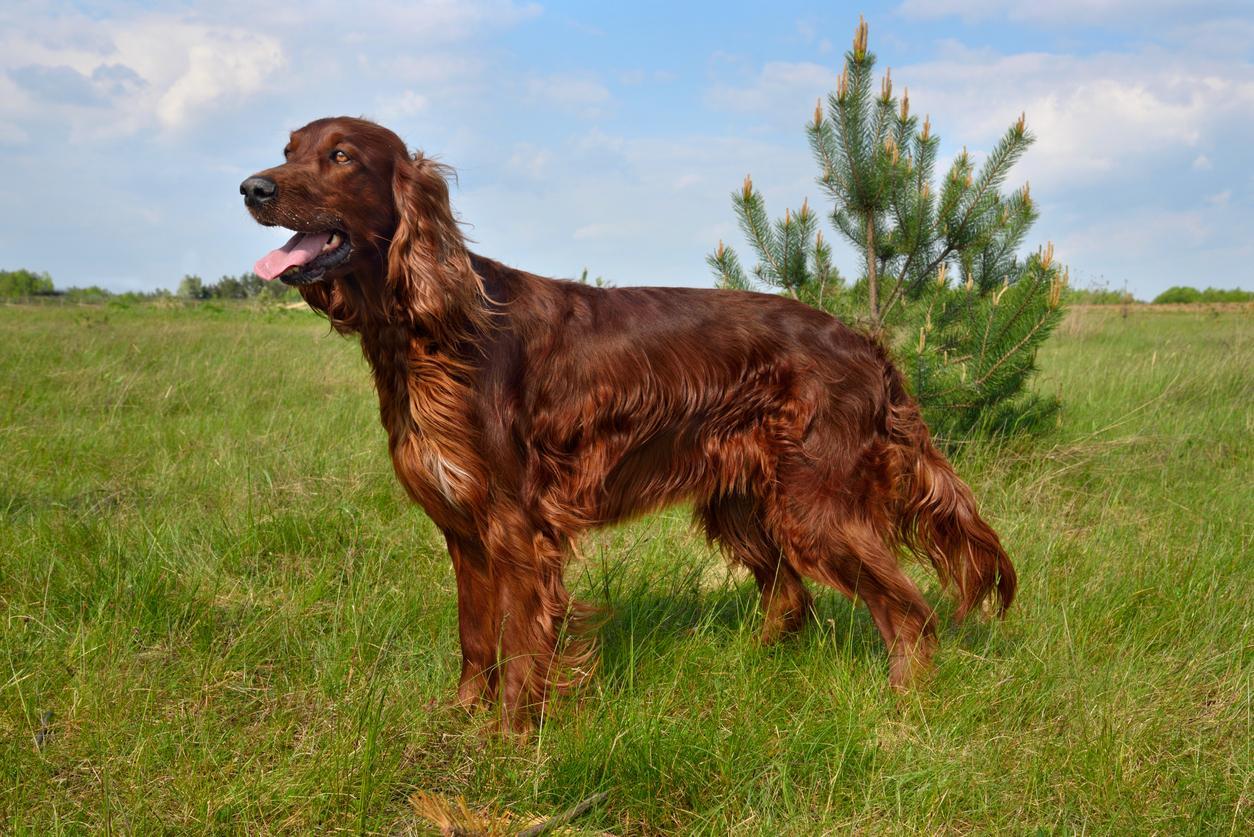 1 of 5
Setter Dog Breed Types
Back to top