The first thing to know about Shar Pei fever is that is is not fatal if caught in time. In fact, with adequate treatment, symptoms should start to resolve themselves relatively quickly. It is important to know that all Shar Pei dogs have the potential of contracting the disease. Unfortunately, the reasons as to why and how this occurs are not well established.

What we can do at AnimalWised is look into the possible causes, symptoms and treatment of Shar Pei fever. In doing so, we can help you spot the disease in its earliest stages, meaning taking them for treatment as soon as possible. We'll also discuss some of the ways in which a veterinarian may prescribe for such treatment.

You may also be interested in: My Shar Pei Smells Bad
Contents

What is Shar Pei fever?

Shar Pei fever is sometimes known as familial Shar Pei fever. The reason for this is that it is believed to be a genetically inherited condition. However, despite numerous studies being carried out on the subject, researchers are still unable to determine its exact cause.

Among the studies, some have suggested that one of the causes of this disease is an excess of hyaluronic acid[1]. This is the component in the skin which causes their characteristic wrinkles and fold in their skin. However, this is yet to be unilaterally confirmed. What we do know is that the fever experienced by Shar Pei dogs is a defense mechanism, activated when the dog suffers some sort of pathogen.

If we look into the causes of Shar Pei fever, some point to humans as the indirect culprit. If we compare pictures of Shar Pei dogs from around a century ago, we see that their morphology (physical form) is much different. One of the key differences is the amount of wrinkles, which has significantly increased. If it is true that these wrinkles have a link to Shar Pei fever, then it is the interbreeding to create them which has led to it. Even if it is not the case, it is possible, if not likely, that the desire to breed pedigree dogs to create a certain physical form may have lead to genetic malformations.

While it may not be a direct cause of the fever, many believe that stress can induce a bout of it in the dog. It may coincide with having another illness, but emotional stress shouldn't be ruled out. If you see signs of stress in any dog, you should find a way to remove these stressors. For Shar Pei dogs, fever could be an indirect result.

The principle symptoms of Shar Pei fever include:

As this is likely a hereditary disease, dogs which suffer from it are more likely to display these symptoms before 18 months of age. However, symptoms developing in dogs between 3 and 4 years of age is not uncommon.

The joint which is most affected by the inflammation caused by Shar Pei fever is called the ‘hock’. This is the joint located on the lower part of the leg and upper part of the shin. It is where the movements of flexing and contracting of the hind limbs are concentrated. In many cases of Shar Pei fever, it is not the joint itself which becomes inflamed, but the area around it. Regarding the inflammation of the muzzle, it must be said that this cause a lot of pain in the dog and if it is not treated promptly it can affect the lips.

Shar Pei fever causes the accumulation of something called interleukin 6, a group of small proteins which can deposit themselves in the liver and kidneys of the dog. If this happens, then it can lead to renal and/or hepatic failure down the line in the life of the dog. This another reason for swift treatment. Finally, abdominal discomfort cause the animal to lose their appetite, reticence to move and even vomiting and/or diarrhea.

Before talking about any treatment of Shar Pei fever, we want to again stress the importance of taking your dog to the vet as soon as you detect these symptoms. This professional will be able to give an accurate diagnosis, rule out other possible causes and provide the most appropriate course of treatment.

If your veterinarian determines that your dog has a temperature over 39°C, they will likely start them on a course of antipyretics. These are drugs which are designed to reduce the fever itself. It is an exceptional thing for the fever to persist in cases of dogs undergoing treatment as it usually disappears between 24 and 36 hours. If this happens, they may advise administering an antibiotic. Non-steroidal anti-inflammatory drugs are used to relieve the pain and inflammation in both the muzzle and joints.

This treatment has to be fairly controlled as it can lead to certain side effects. Shar Pei fever doesn't actually have a cure. Instead, the symptoms are treated to prevent them from progressing and allowed the body to compensate. If this does not happen, it can lead to a more serious and life threatening disease known as amyloidosis.

While it won't do much for existing dogs, some research in 2011 was carried out which suggested that prevention may involve a genetic approach. They discovered that the gene which caused Shar Pei wrinkles was the same which led to the fever[2]. Breeders in the future, therefore, may be able to determine which dogs have duplications of this genetic mutation and avoid using them as breeding dogs.

As mentioned above, amyloidosis is the main complication of Shar Pei fever. This is a group of diseases caused by the deposit and accumulation of a protein called amyloid which affects the kidneys. In the case of amyloidosis, it is important to note this doesn't simply affect Shar Pei dogs, but can also attack Beagles, English Fox Hounds and various breeds of cat.

Although there is available treatment for amyloidosis, it is very aggressive and can be fatal. This is because the dog's organs can be affected to the point that kidney failure or heart attacks are possible, usually within a period of 2 years. If you have a Shar Pei in your family that has suffered either Shar Pei fever or amyloidosis that you forewarn your vet. They will be able to give you the best advice as to how to give them the best quality of life. This is particularly the case if they have any offspring.

If you want to read similar articles to Shar Pei Fever, we recommend you visit our Hereditary diseases category.

Unhealthiest Dog Breeds
Common Skin Conditions of Shar Pei Dogs
Liver Failure in Dogs
My Shar Pei Won't Open their Eyes - Most Common Causes
Related categories
Pregnancy problemsSkin problemsDegenerative diseasesOther health problemsBacterial diseasesVaccination
Most read
1.
My Dog Keeps Licking Her Private Area - All Possible Reasons
2.
My Dog Is Bleeding from His Penis
3.
What to Do if My Dog has Something Stuck in his Throat?
4.
My Dog's Poop Starts Solid Then Goes Soft
5.
My Cat Has Liquid Coming From Their Anus
6.
Why Is My Cat Vomiting White Foam?
7.
Why Does My Cat Push Out His Penis and Lick It?
8.
My Dog Has Pus Coming From His Penis
Homeopathy for Dogs with Allergies
How To Train A Shar Pei
Fever in Cats
Fever in Dogs - Symptoms and Treatment
Laziest Dog Breeds - Low-Energy Dog Breeds
Fever in Rabbits - Symptoms, Causes and Treatment
Lens Luxation in Dogs - Dislocated Eye Lens in Dogs
Skin Diseases in Dogs 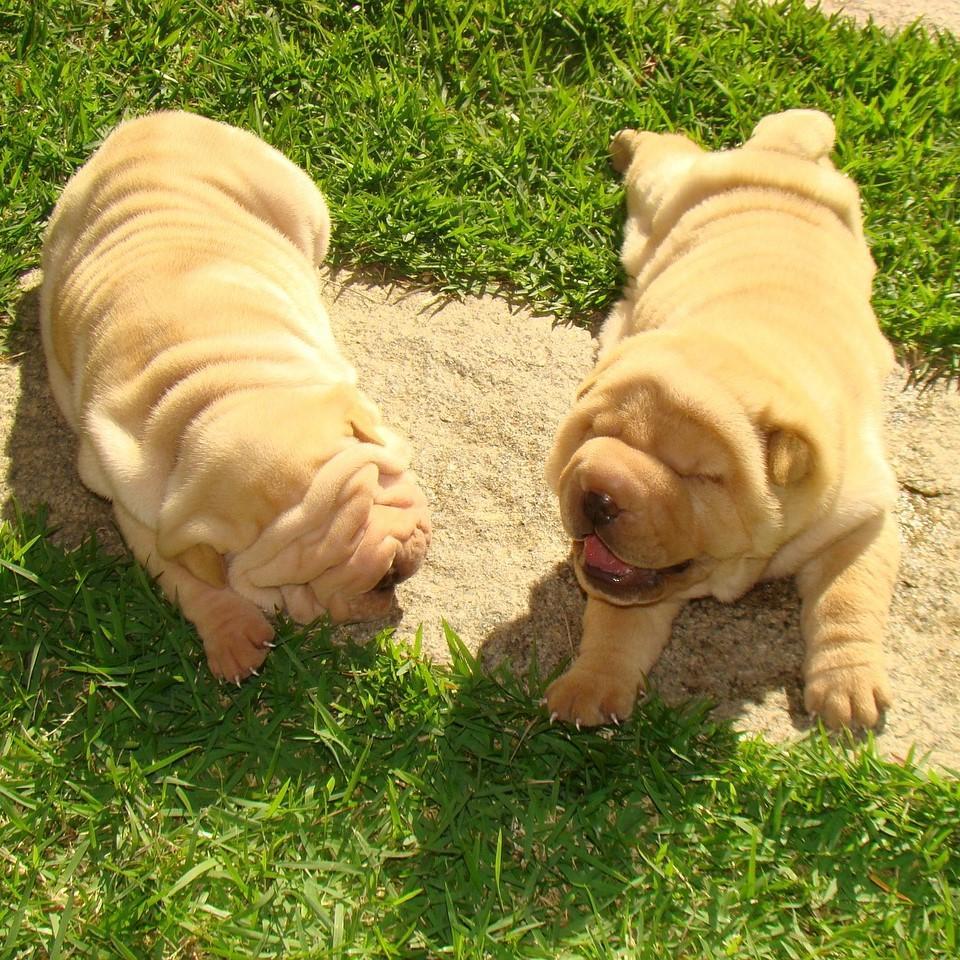 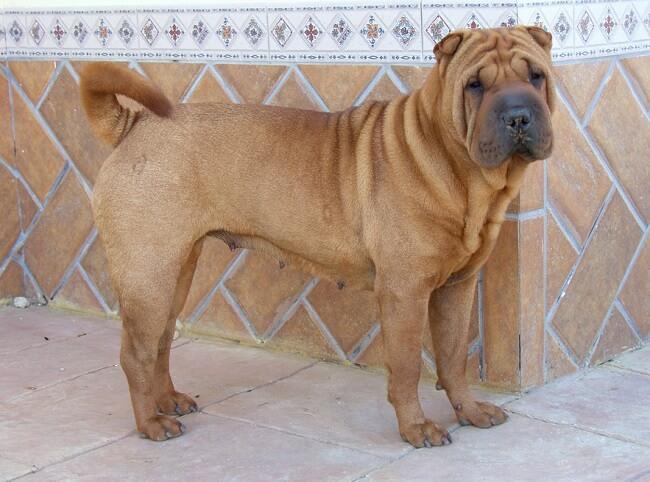 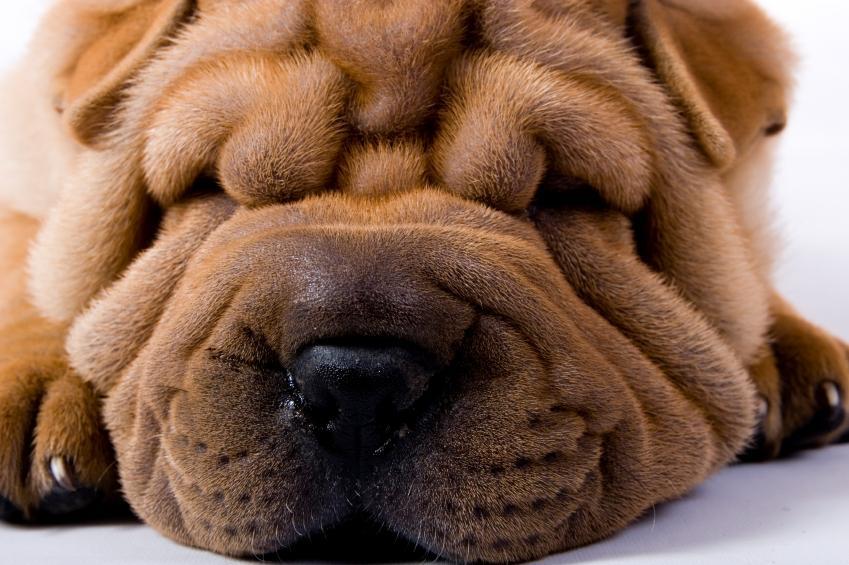