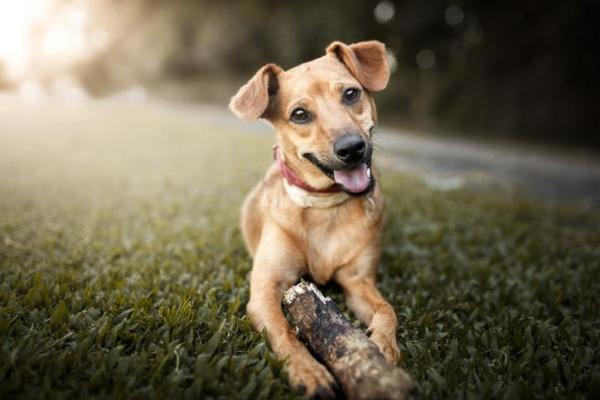 A strong dog name doesn't mean your dog has to be a muscular brute. We might think of tough dog names for certain breeds such as a Rottweiler or Pit Bull, but doing so might be misguided. Firstly, these dog breeds can be absolute sweethearts, so tough names might not be appropriate for their personality. Secondly, choosing a name which connotes aggression is only going to reinforce unhelpful stereotypes in certain breeds.

AnimalWised provides strong names for dogs both male and female so that you can choose a name which shows your dog's real strength. Maybe your dog has been through some tough times, something which often happens with shelter pets. Then a strong names shows just how well they can survive. Of course, sometimes you just want a good sounding name. Fortunately, we have those too!

You may also be interested in: Cocker Spaniel Names - Male and Female Ideas
Contents

When choosing the perfect name for your dog, you want to be original. Unfortunately, this is getting harder and harder. With so many options to choose from, you need to be really considerate to get it right. This is why have lists like these strong dog names. It's not just to provide a name for you to copy, but to help you come up with your own original and unique name for your dog.

To get an original name for your dog, you should consider the following points:

There are other creative things to consider when choosing a strong name for your dog. Namely, you should think about how your dog's personality interacts with your own. What is it about them that suggests a strong name? Are they a willful personality? Have they done something which seems heroic?

A dog's physical appearance is also something you should consider. Many want a strong dog name because their dog looks regal, noble and powerful. For ironic reasons, someone might want to choose a strong name for their dog who is quite tiny and relatively weak compared to larger breeds. Equally a tough guy or tough girl name for a dog might be a fun ironic name for a small and very friendly dog.

Your own interests should play a part as you can choose a strong dog name from some piece of culture you are interested in. Maybe you have a dog who likes to jump and kick, so you can call him Eric (after the Cantona, the French footballer). Or you could call hem Conan because you're a big Arnie fan. It's up to you.

If you still can't think of one yourself or simply want to see some options for inspiration, we have these strong male dog names which might be helpful. They are not simply strong names, but names which connote a sense of pride and strength of character. We also provide you boy dog names which have an original meaning related to strength and being strong.

A lot of people think that strong means edgy, scary or even ‘manly’. This kind of thinking is reductive and, when you see our list of strong female dog names, simply wrong. The female names on this list are strong because they are brave, adventurous and powerful, something not monopolized by males. This strong girl dog names come from goddesses, writers, heroines and other sources which might suit your dog perfectly.

These strong dog names for female and male dogs are ideal for protective dogs, faithful companions and even dogs which just have a strong personality, whatever that personality may be. The power these dogs have aren't necessarily in their muscles, but in the forces of nature they are in our lives.

If you haven't found the perfect name for your dog, we have other options for you to select from:

If you want to read similar articles to Strong Dog Names - Male and Female Ideas, we recommend you visit our Names category. 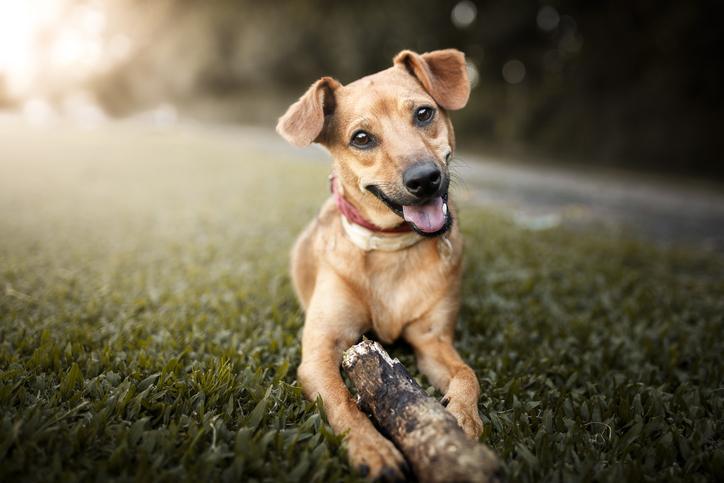 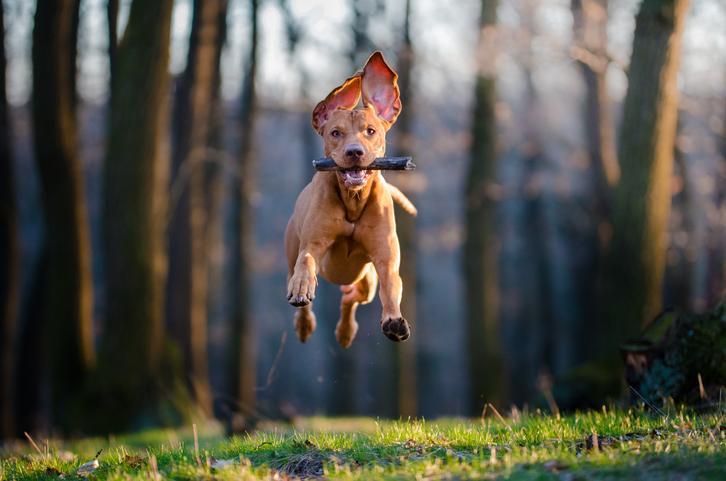