These two dog breeds originated in the United Kingdom and in ancient times were known to be excellent sheep herders. Both stand out for the docility and good temperament of their breeds. Since they are almost the same size and a similar color, many people confuse them, but they can be easily distinguished if we look at some details.

In this AnimalWised article we explain the main differences between a bearded collie and an old English sheepdog, to help you distinguish them quickly, even without seeing them! If you want to know how, read on.

You may also be interested in: Types of Collie Dog Breeds
Contents

As has been mentioned, they were both shepherd dogs in their beginnings, herding sheep in the pastures of the British Isles. Therefore, their specimens were selected looking for characteristics that made them active, obedient, intelligent, loyal, easy to educate, resistant to adverse weather conditions, and bold enough to scare away the wolves, if necessary.

This fact makes the two breeds extremely docile, albeit brave.

Despite these similarities, the Old English Sheepdog, also known as "Bobtail", is a dog with a more rustic character than the bearded collie, although they are not, in the slightest, a delicate dog and with a capricious character like other dog breeds.

Both are medium-large sized dogs, but, although their height is similar, the Old English Sheepdog is much more muscular, a fact that accentuates their fur, thicker and less straight, which makes them look even more robust.

Although they have a similar color, white with grayish areas, the bearded collie's hair is smoother than that of the Old English Shepherd. In addition, although rare, there may bearded collie dogs of various colors such as gray, brown or black. The bobtail hair, on the other hand, is white with grey regions, which can have various shades, from bluish grey to almost black.

The tail is one of the most useful features to distinguish both breeds. While the tail of the bearded collie is quite long, the Old English Sheepdog breed can be born without a tail. In fact, their nickname (bobtail) refers to the absence of tail.

On the other hand, traditionally, when they were born with it, they were docked, something which, incidentally, apart from being illegal, is contrary to animal welfare. Discover why you should never crop their ears or dock their tails at AnimalWised.

Paying attention to the head is one of the simplest ways to distinguish these two breeds: the hair on the head of the bearded collie falls from the top of the forehead creating a kind of "eyebrows" over the eyes, and forms a characteristic "beard" around the mouth, honoring their name.

On the other hand, the Old English Sheepdog's head lacks these features that we have mentioned and their hair usually forms a kind of "bangs" over the eyes, and, has a more rounded head and more powerful appearance.

The way they walk

For those who are unaware of its meaning, ambling is a four-legged way of walking that consists of simultaneously supporting both extremities at the same side.

This, which is common in certain animal species, especially African ones, such as giraffes, elephants and camels, is extremely rare in dogs, as we have already mentioned.

Although it may seem untrue, a bearded collie and an Old English Sheepdog can also be distinguished at a distance, and even without seeing them, paying attention to their barking.

The bark of the bearded collie is of the tone and intensity that would be expected in a dog of that size and those characteristics, while that of the Old English Sheepdog has a special sound that makes it unmistakable. Although it is not easy to describe a sound using words, it could be said that the bobtail bark is strong, of a deep tone, and with a rough sound.

In any case, neither Old English Sheepdogs nor Bearded Collie dogs are very prone to barking, on the contrary, they are rather silent and do not bark unless they detect a serious and real threat in their territory.

If you want to read similar articles to The Main Difference between a Bearded Collie and an Old English Sheepdog, we recommend you visit our Comparisons category. 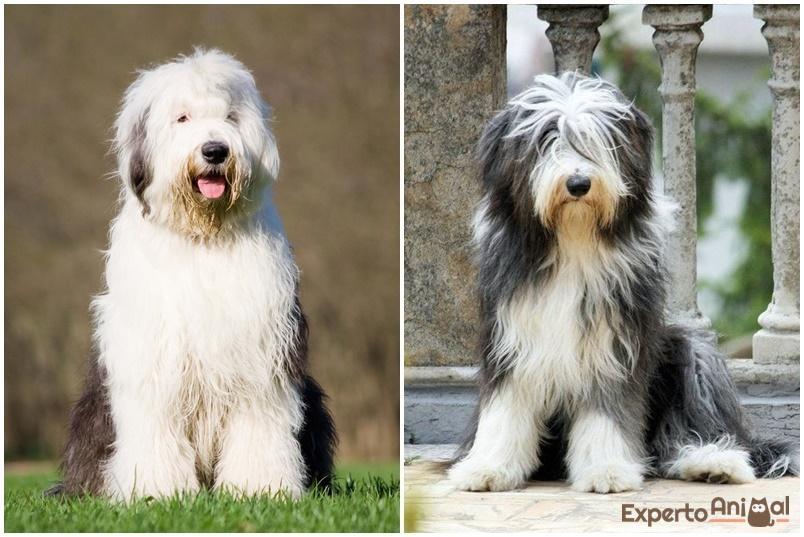 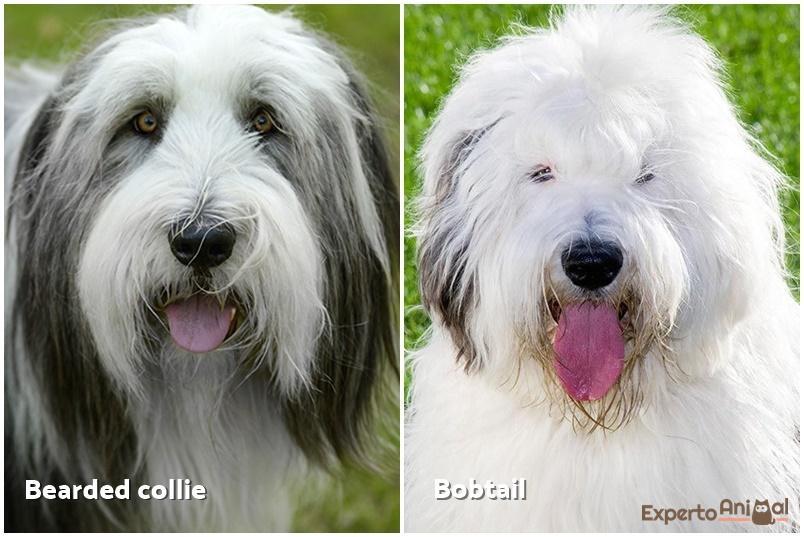 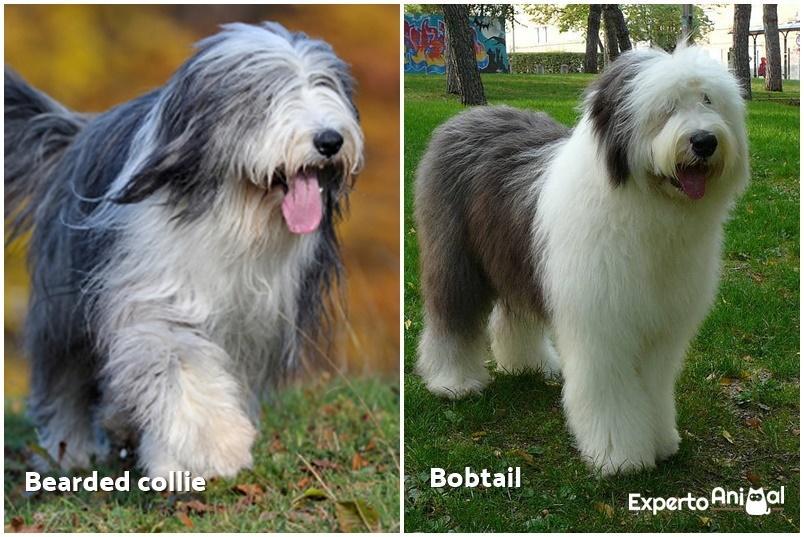 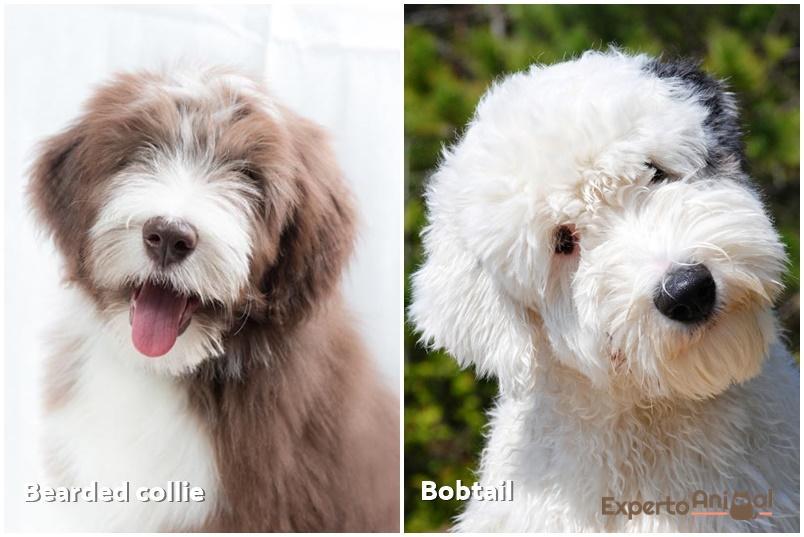