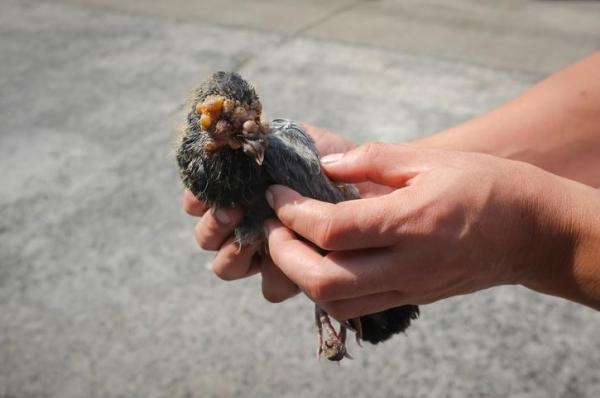 In this AnimalWised article we are going to explain trichomoniasis in birds, the cause, symptoms and treatment.

We will pay special attention to the course of this disease in canaries and pigeons as they are very popular birds that can present different symptoms. This way, if you observe any of the symptoms we mention below, you'll know exactly how to treat them!

You may also be interested in: Acariasis in Birds - Symptoms and Treatment
Contents

What is trichomoniasis in birds?

Trichomoniasis is a disease caused by a protozoan that affects birds of different species, such as pigeons, parrots, raptors, hawks, eagles, etc. It can manifest itself through different symptoms, which makes it difficult to identify.

This infectious disease is also known as canker in pigeons and doves, as well as frounce in raptors. This is a very old disease, dating back in the 1500s in written record. However, the cause was not determined until 300 years later.

Thankfully, this disease is treatable as we will see in our section down below. However, it is difficult when treating large quantities of wild bird populations as they often share the same source of water or food. You may also be interested in our article about types of bird feet.

Causes of trichomoniasis in birds

Trichomoniasis in birds is a disease caused by a protozoan called Trichomonas gallinae. It is also known by the name of “mofletones” or, more descriptively, “swollen eye disease”. Birds are infected by making direct contact, but they can also become ill by eating food contaminated with the protozoan or through the umbilical cord in the case of chicks, if the parasite manages to enter.

In the latter case, omphalitis,which is an infection of the navel,is caused by the contamination of the nest caused by the parents. In addition, it is common for sick birds to rub themselves against different objects to alleviate the discomfort they feel, polluting the environment of the infectious disease.

Trichomoniasis can be complicated by the concurrence of other pathogens, such as bacteria or fungi, leading to opportunistic secondary infections. It affects different birds, such as canaries, pigeons, raptors , chickens, or turkeys. You may also be interested in our article about what to do if you find an injured bird.

Symptoms of trichomoniasis in birds

Trichomoniasis can be asymptomatic, but it can also showcase certain symptoms. These symptoms may vary depending on the affected species, the severity of the infestation and the state of their immune system. In general, these are the symptoms a bird may manifest when ill with trichomoniasis:

Sometimes the symptoms can be confused with other diseases, such as fowl pox. That is why the veterinarian, specialized in birds, will confirm the presence of the parasite by observing a sample of the lesions or secretions under a microscope.

If symptoms indicate trichomoniasis, even though the protozoan is not visible, treatment can be started. Any symptoms such as those mentioned require consultation with the veterinarian, since the cure is related to the speed with which the treatment is started.

Symptoms of trichomoniasis in canaries

Trichomoniasis in birds can affect canaries and, as we have indicated, in these animals it usually develops in a particular way, that is why we make a special mention. These are the most common symptoms of trichomoniasis in canaries:

It is common for trichomoniasis or bumps in canaries to manifest with lesions around the eyes. There is usually swelling and the feathers around the eye appear wet. This swelling will increase until the eye is completely closed. If we observe these symptoms in a canary that lives amongst others, it is recommended to separate them to avoid contagion.

The symptoms cause itching, which makes them seek relief by rubbing against objects, thus polluting the environment. The aviary should also be cleaned to reduce the risk of transmission. If you're caring for a canary, you may also be interested in our article on the best diet for a canary.

Symptoms of trichomoniasis in pigeons

On the other hand, in pigeons experience other symptoms when suffering from trichomoniasis:

When it comes to pigeons, trichomoniasis manifests itself in different ways, such as in damage inside the mouth and even the crop. Their liver and lungs can also be affected, in what is considered an internal or organic variant of the disease. The organ that is usually most damaged is the liver, in which granulomas form.

Young birds, three months old and younger, are more vulnerable. They show decay, red throat and yellow plaques on the palate. Their internal organs are also affected. If you're interested in pigeons, you may also enjoy our article about what pigeons and doves eat.

Treatment of trichomoniasis in birds

Trichomoniasis in birds is treatable, however it must be treated as soon as possible. If the disease is left untreated for a while, it may be too late to cure the bird. This will lead them to their death.

The treatment for trichomoniasis in birds consists in medication. This can be done orally or by adding the medication to the food they eat. Treating a domestic bird is very easy, however, treating wild populations of birds can be difficult.

If your bird exhibits any abnormal behaviour, it's important to bring them to the veterinarian in order to catch any underlying illness early on before it's too late to treat it. You may also be interested in our article about bird diseases humans can catch.

If you want to read similar articles to Trichomoniasis in Birds, we recommend you visit our Parasitic diseases category.

Bibliography
What is Giardia in Cats?
Intestinal Parasites in Cats
Canary Lice - Prevention and Treatment
Scabies in Dogs
Related categories
Degenerative diseasesHereditary diseasesNeurological diseasesPreventionPregnancy problemsFirst aid
Most read
1.
Can I Bathe My Dog After Vaccination?
2.
My Dog Is Bleeding from His Penis
3.
My Dog's Poop Starts Solid Then Goes Soft
4.
My Cat Has Liquid Coming From Their Anus
5.
What to Do if My Dog has Something Stuck in his Throat?
6.
My Dog Has Pus Coming From His Penis
7.
Myiasis In Dogs - Symptoms, Removal And Treatment
8.
Why Does my Dog Have Swollen Breasts?
Leishmania in Dogs
Toxoplasmosis in Dogs
Scabies (Mange) in Cats
Sarcoptic Mange in Dogs
How to Prevent, Identify and Treat Chicken Lice
What Is Coccidia in Dogs?
What is Coccidia in Cats?
White Spot Disease In Fish 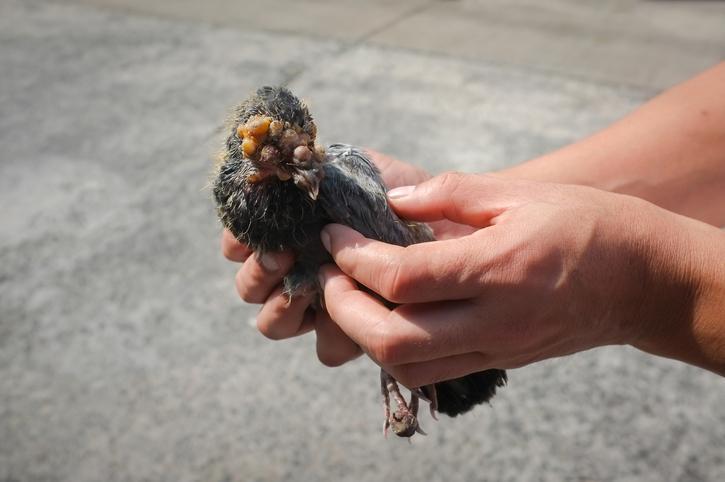 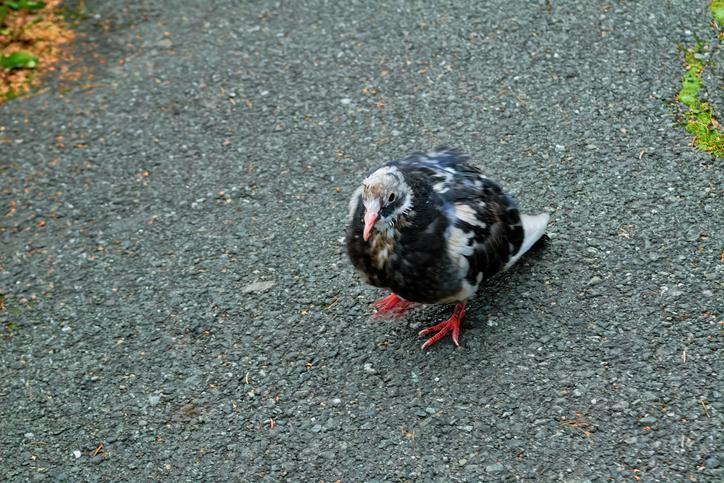 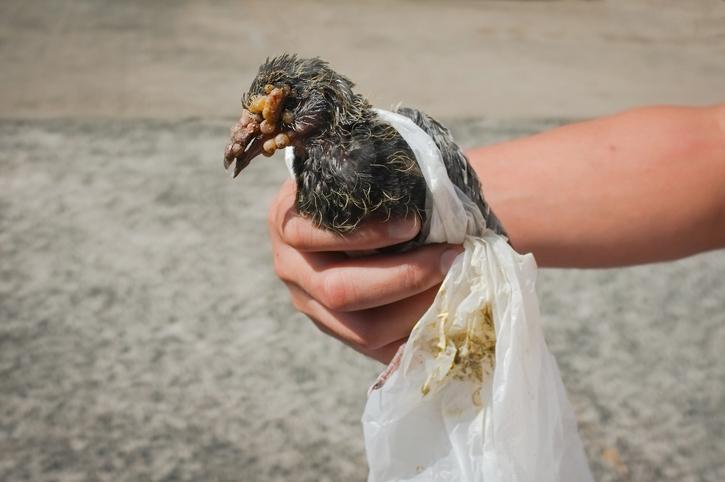 1 of 3
Trichomoniasis in Birds
Back to top